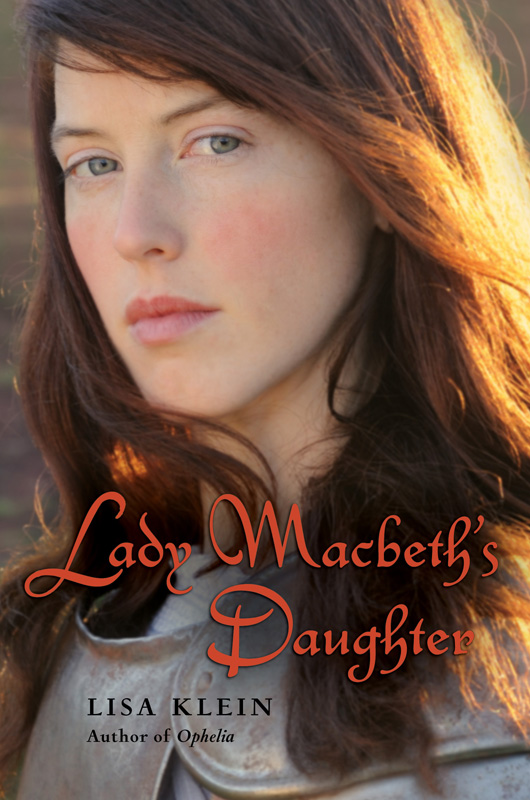 To my sisters,
Marilou, Jeanne, and Barb

“Bring forth men-children only!”

The nameless baby lay on the cold ground, wrapped in a woolen cloth. An owl hovered overhead and seemed to clutch a shred of cloud in its talons, drawing it across the moon like a blanket. In the darkness, two figures struggled against the stone walls of Dun Inverness. Groaning, the man stumbled away. The woman, Rhuven, wrapped herself in a cloak and picked up the baby. She set out in haste over the scrubby, open heath, now and then looking over her shoulder to be sure she was not being followed.

Across the blasted heath Rhuven ran, entering an ancient forest, the Wychelm Wood. Murk rose from the ground and dripped from the branches overhead. Unseen creatures with shining eyes watched her. She passed into a grove of young birches, their white bark shining in the moonlight. Beyond them in a clearing loomed twelve tall stones in a wide circle, Stravenock Henge. Nearby a wolf howled and Rhuven thought she saw its shadowy shape among the stones. She clutched the baby tighter.

Just ahead she saw Pitdarroch, the great oak tree whose gnarled roots grasped the boulders from which it grew. From its branches the owl uttered its shuddering call, summoning Rhuven onward, deeper into the pathless Wychelm Wood.

In an ancient roundhouse deep in the wood, a woman with wild graying hair sat on the hearth, stroking her chin with knobby fingers. The smoldering peat fire cast a faint light on the soot-blackened walls.

“Someone comes this way, Geillis,” she said. “I feel it.”

The woman sleeping on a rush mat stirred and lifted her head. Her face had few lines and her hair was brown and sleek.

At the door Rhuven called, “Sisters, let me in!”

Geillis, more nimble than Helwain, leaped up and lifted the latch. She gasped at the sight of Rhuven with a child.

“It is my lady’s babe, not mine,” she said with a frown. “My lord has ordered her to be killed. Having no other hope, I brought her here.”

“But why?” asked Geillis, horrified.

“Her leg is misshapen. Otherwise she is perfect.”

Rhuven turned to her. “Why did you promise Macbeth sons?” she asked sharply.

“He came to me for a cure once. He desired to know when he would have a son.” Helwain shrugged. “I told him what he wanted to hear.”

“Now he believes you cursed him, and my mistress and this poor child suffer for it,” said Rhuven accusingly.

Geillis wrapped a scrap of cloth around her finger and dipped it in sheep’s milk. The baby sucked it with an eager mouth.

“What do you expect me to do?” demanded Helwain.

“Keep his daughter alive,” said Rhuven, her eyes keen and narrow. “And heal her crippled leg.”

“Do you know what you ask?” Helwain’s voice shook with controlled anger. “He slew our kinsman Gillam and drove Geillis and me from our land into this wilderness.”

“Do it for the sake of the child,” Rhuven pleaded. “She is not guilty of her father’s wrongs.”

“We are poor and have no means to raise her,” Helwain objected.

Rhuven held up an armband made of gold with a stone as red as blood. It glowed in the faint firelight. “This was my lady’s.”

Helwain nodded. “It should fetch a good sum.”

“No! It belongs to the child now!” Geillis seized the jewel from her sister. “
My
child. I will raise her as my own daughter.”

Rhuven sighed and whispered her gratitude.

“But how did
you
get the babe?” Geillis asked gently.

Rhuven’s eyes filled with tears. “I followed my lord’s man and pleaded for the bairn’s life. He refused. In the end I had to . . . to
buy
her from the filthy skellum.” She looked away from her sisters in shame. “I must go now. Only give the child a name to thwart misfortune, and she will be well.”

At the door, Rhuven turned again to her sisters.

“Above all, I beg you, keep her life a secret. If my lord knew that she lived, we would all be in grave danger.”

The full moon spilled its light onto the surface of the wide loch. Geillis and Helwain crouched on the shore beneath a rowan tree, its berries orange-red as embers. Helwain dipped her fingers into a small leather pouch, then rubbed the baby’s head and the soles of her feet with ashes of oak and elder for strength and luck. She crushed juniper berries, releasing the sharp scent of pine.

“For protection from all enemies and harmful spirits,” she murmured while Geillis held the child over the water.

A swan glided from the still reeds, her feathers white in the light of the full moon. The bird made barely a ripple in the water.

“Let us name the babe Albia,” said Geillis. “She, too, is innocence sprung from darkness.”

Helwain nodded. She cupped her hands and poured water over the silent child. A few drops splashed into her eyes and Geillis hastily wiped them away.

“We don’t want her to be plagued with the sight of ghosts!” she said.

“She is already destined to have a troubled life,” said Helwain. “But a babe that doesn’t cry at its naming will have but a short life in which to suffer.” She pinched the baby’s left foot, the one that turned oddly inward.

Albia flinched, then began to wail.

I feel as weak as a child. I can barely rise from my bed, though Rhuven urges me every day, brings me food, washes my hair. I am Grelach, granddaughter of Kenneth, who was once Scotland’s king, and I will do as I please. Now it pleases me to die, but I haven’t the means or the strength to do it. I am sixteen years old and have nothing to live for, now that my baby daughter is dead.

My room is at the top of this tower built upon stones that are older than history, older than grief itself. I would throw myself from the window, but it is too narrow. Below, the River Ness flows into the sea. Gulls screech, the only sound. The wind is damp and smells of the sea.

“Nay, child, there is no evil in you,” Rhuven says, her voice soothing.

I look down to where the milk seeps from my breasts, staining the cloth wound tightly around my chest.

“I will fetch clean swaddling and a warm posset to calm you,” says Rhuven. At the door, she turns to me. “Do not think about what is past and done. That way lies madness.” Her eyes are dark with sadness, too.

But I cannot help thinking about the past. Only a few short years ago, I was a child with no cares. Then my father, Ranold, announced that I would be married. I thought,
What does a girl
of thirteen winters want with a husband?
If my mother had been alive, she would not have let me marry for at least another year. But a father must be obeyed.

My father had killed many men and I was afraid of him. We are a family of warriors, always fighting, even among ourselves, and taking revenge on our enemies. My grandfather the king was slain by his own cousin, Malcolm, who became king and declared that his grandson Duncan would inherit the throne. I will never forget how this angered my father.

“It is the tradition to share power among kin. But now Malcolm has shut out my family from the succession! He shall pay dearly for this,” he threatened.

But I was the one who paid. Ranold married me to Gillam, a cruel warrior more than twice my age who became thane of Moray by killing the prior thane.

“Moray is its own kingdom within Scotland. By marrying the thane, you bring power into our family,” my father explained, gripping my arm so hard he left a bruise. “Obey Gillam and bear him sons. Remember you are descended of kings, but always keep your ambitions hidden. That is the key to survival.”

I took my father’s words to heart. I was afraid of what he would do to me if I forgot them.

I was even more afraid of Gillam the first time he put his wet and foul-smelling mouth against mine and thrust his hand under my skirt. I called out for Rhuven, but the ugsome thane smothered my cries and forced me to lie with him. Soon I was with child, but being only thirteen, I was ignorant about my body. It was Rhuven who noticed my growing belly. Months later came the terrible pains that left me gasping and groaning. I thought I had been poisoned and was about to die. Rhuven summoned the midwife, who pulled from me a black-haired boy covered in wax and blood.