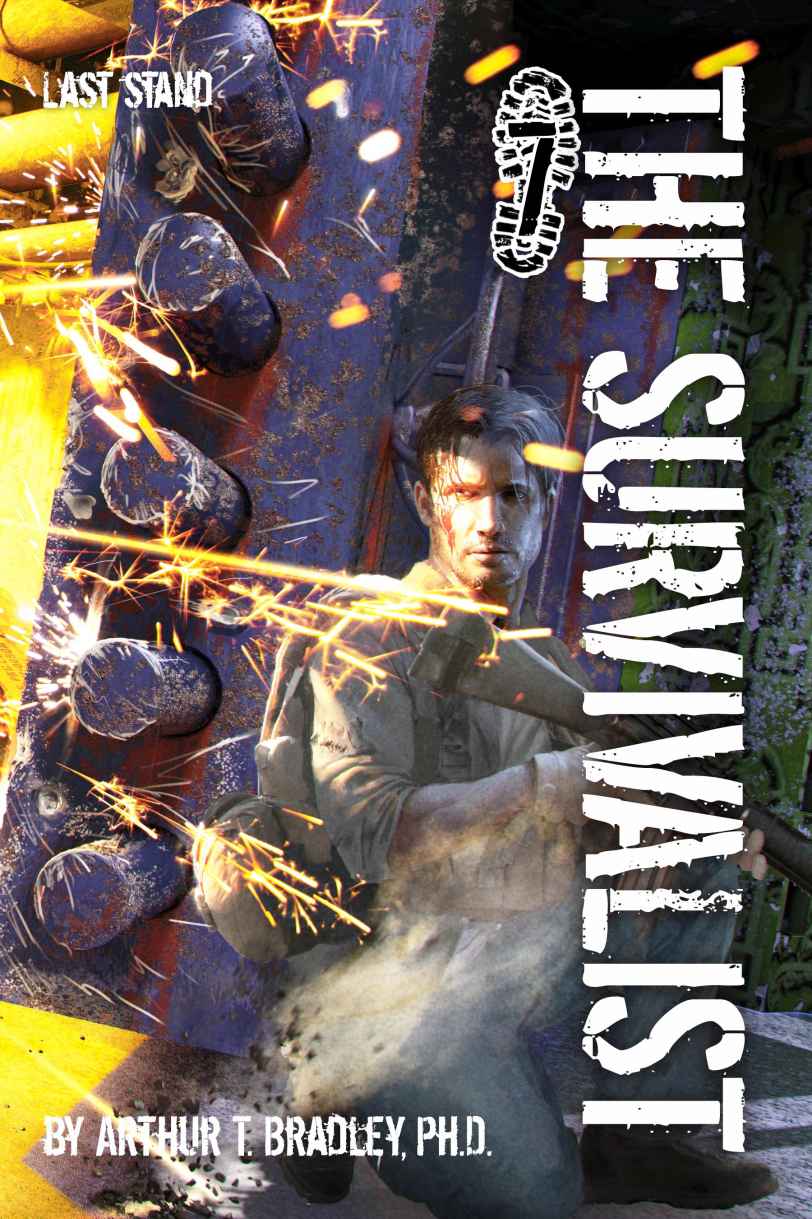 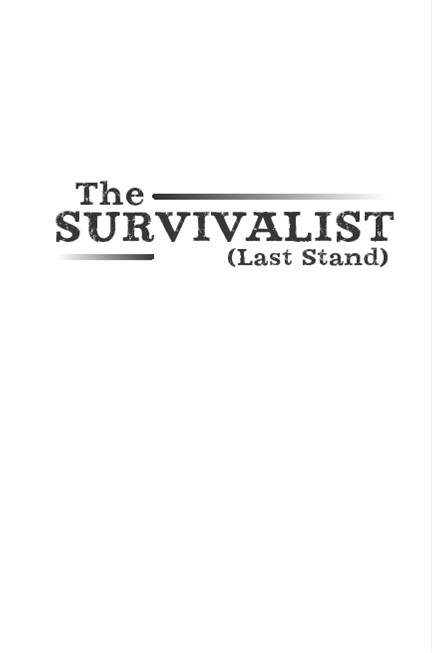 Handbook to Practical Disaster Preparedness for the Family

Process of Elimination: A Thriller

Available in print, ebook, and audiobook at all major resellers or at: http://disasterpreparer.com 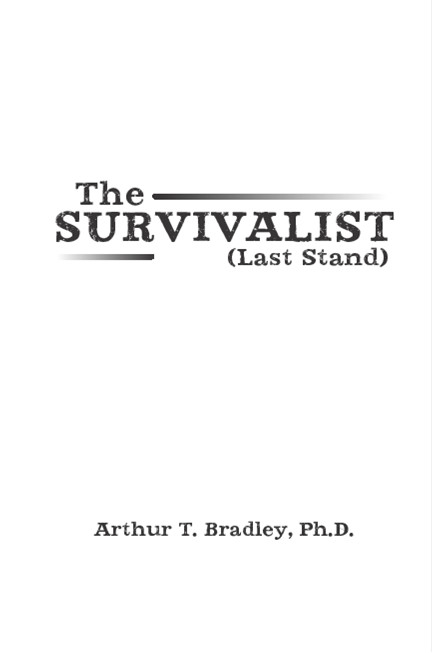 All rights reserved. No part of this book may be reproduced or transmitted in any form or by any means without prior written permission from the author.

Illustrations used throughout the book are privately owned and copyright protected. Special thanks are extended to Siobhan Gallagher for editing, Marites Bautista for print layout, Nikola Nevenov for the illustrations and cover design, and Parkinson Myers and Vanessa McCutcheon for proofreading. Thanks are also due to Linda Walls for graciously providing a tour of The Greenbrier’s bunker.

“All you need for happiness is a good gun, a good horse, and a good wife.”

Whether it was Spartans repelling Persian invaders, samurais charging Gatling-gun fortified Imperial positions, or the venerable Swiss Guard holding their ground against mercenaries hoping to loot St. Peter’s Basilica, the world is ripe with stories of a few standing against many. Most end in utter annihilation, but it is not the loss that is remembered; rather, the undaunted courage of those brave enough to stand tall in the face of certain death.

Arguably, the most famous last stand for our countrymen was that of the Alamo. Jim Bowie, William Travis, and approximately two hundred other brave Texians stood their ground, refusing to retreat or agree to an unconditional surrender of the Alamo Mission. On March 6, 1836, President General Antonio Lopez de Santa Anna ordered his fifteen hundred troops to conduct an all-out offensive. The Texians managed to repel the first two attacks. When the third wave came, however, they were forced to retreat to the interior buildings, engaging in the equivalent of urban warfare.

The details of the battle understandably vary by storyteller, each account designed to reinforce their respective agenda. According to most historians, when the dust finally settled, a handful of Texians had escaped, a few others had been captured (only to be executed hours later), and the rest had been killed, many bayonetted as they lay bleeding in the dirt.

The story of the Alamo is one of both victory and loss, barbarism and mercy. Mexicans would point out that the Texians were in fact invaders, outsiders who chose to occupy their sovereign lands. While most know that Santa Anna ordered his soldiers to kill without quarter for the enemy, many don’t know that he allowed a small number of noncombatants to return to Texas, giving each woman a warm blanket and two silver pesos. Santa Anna even offered to adopt one woman’s young daughter so as to have her educated in Mexico City, an offer that was flatly rejected.

Such small acts of kindness, however, could never quell the outrage that Texans felt at the murder of their beloved heroes. The brave sacrifice of Bowie, Travis, and others who gave their lives to defend the small outpost led to an incredible resurgence in the Texian Army, as well as pride in the Republic of Texas. Six weeks later, the Texian Army soundly defeated Santa Anna’s troops at the Battle of San Jacinto, an engagement that lasted only eighteen minutes but left 630 Mexican soldiers dead and 730 captured. Only nine Texians were reportedly killed. As the emboldened Texians overran the Mexican Army, many could be heard shouting those immortal words, “Remember the Alamo!”

Deputy Marshal Mason Raines studied the jumble of mattresses, lawn mowers, barbeque grills, and soiled recliners blocking Highway 219. It looked as if a colony of beavers had abandoned the use of poplar and cottonwood in favor of more eclectic building materials.

Leila Mizrahi sat next to him, leaning out the F150’s passenger-side window to get a better view. As she did, Mason’s Irish wolfhound, Bowie, moved to the front of the truck bed and craned his gigantic head around to slather the side of her face.

“Bowie!” She pulled her head back inside and reached for a small rag that she kept on the floorboard for just such occasions. “I swear, Mason, your dog is absolutely merciless.”

He grinned. “Bowie takes after his owner.”

“
You
I can handle, but this,” she held up the rag so that he could see the glop of sticky clear and white goo, “this is unnatural.”

He chuckled and patted her on the leg.

“Just be glad he likes you.”

Before she could protest further, a lime green Ford Mustang pulled up alongside the truck. Cadet Corporal Rodriguez slid out enough to sit on the sill of the passenger-side window. Lieutenant Bell peered out from behind the steering wheel, and Private Cobb leaned forward from the back seat expectantly.

“What the hell is that?” Rodriguez said, straining to get a better look at the debris.

“I can see that. But who dumped all that crap in the middle of the road?”

“An even better question.”

Mason swung his door open and stepped out. A few hundred yards off to their right was a small trailer park. The neighborhood was set down in a bog, and even those homes that weren’t rusted completely through were covered with tree sap, mold, and velvety green moss.

He walked around and lowered the tailgate for Bowie.

“What do you say, boy? Feel like stretching your legs?”

Bowie danced around for a moment before carefully jumping down.

With the dog at his side, Mason returned to stand between the truck and the Mustang. He looked over at Rodriguez.

Sons of God's Generals: Unlocking the Power of Godly Inheritance by Joshua Frost
Fanfare by Ahdieh, Renee
Heart of a Viking by Samantha Holt
Girls by Nic Kelman
Wings of Refuge by Lynn Austin
The Quality of Silence by Rosamund Lupton
Love Finds You at Home for Christmas by Annalisa Daughety
Miss Pymbroke's Rules by Rosemary Stevens
After the Night by Linda Howard
Crashed into Love: Episode Five by Seline White
Our partner