Tags: #The Lights of Epertase 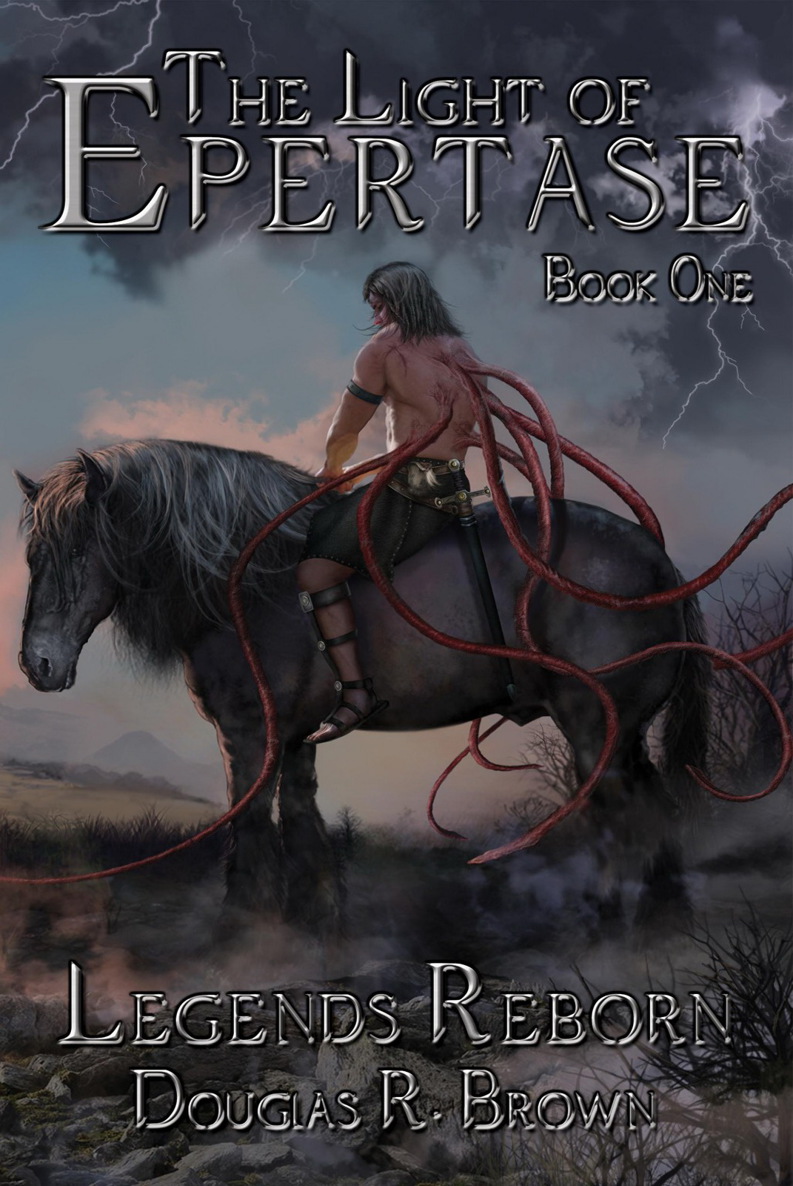 This is a work of fiction. Names, characters, places, and incidents either are the product of the author’s imagination or are used fictitiously. Any resemblance to actual events, locales, or persons, living or dead, is entirely coincidental. The publisher does not have any control and does not assume responsibility for author or third-party Web sites or their content.

The paper used in this publication meets the minimum requirements of the American National Standards of Information Services - Permanence of Paper for Printed Library Materials, ASNI Z39.48-1992.

To my son, Aiden: You are my life.
You make me proud at every turn and I am
the happiest father in the world because you are here.

I love you, little guy.

The act of writing a book is an intensely personal experience between the author and his or her story. That is not to say that writing a book is a one-person job. Many people must come together for a book to be presented to the masses and I would like to thank a few of those people here.

I could not have accomplished this dream without the support of my beautiful wife. To Angela: For your encouragement and patience while I peck away at my computer, I thank you. Even if I were to become the most elegant, majestic, and successful author in the history of man, I would be unable to find enough words to express my love for you in a way that would do it justice.

To all of my proofreaders: I do not envy your task, as reading my drivel in various stages of completion must be excruciatingly painful. But I understand as it is painful for me and I’m the sap who wrote it.

Every successful author has a company behind them and I would like to thank Rhett, Emmaline, Kara and the entire Rhemalda staff for taking a chance on me. I am determined to make your risk worthwhile.

When I began writing several years ago, I was an amateur in every sense of the word. To my aunt, Bobbe Ecleberry: I cannot thank you enough for your undying support and for helping me learn my craft then and now.

To Breanne Braddy: You were like a lantern in this publishing cave of darkness. You are unselfish in your knowledge and gifted in your talent. I feel fortunate to consider you a friend and have no doubt J.S. Chancellor will be a household name. And I’m sorry, but she’ll never be Ripley again.

Also, thank you to the following people for their help and support: My mother, Lillian Dove, for your unwavering support and being a wonderful mother. The Amazing Mattman McNemar, whose creativity and talent I aspire to approach. The Columbus, Ohio, Division of Fire for giving me a continuing wonderful career. Everyone at Smokin’ Station 22 except for John (just kidding, John). Brett Shearer, for being the muscles on the cover. My fantastic cover artist Steve Murphy, who is as talented as anyone I have ever met and who gets it in every sense of the word. Mick Cecil, Jeff Stanforth, Mike and Betty Donahoe, Cory and Aimee Knight, Bryan and Kara Young, Alex Sundberg, my cousin, Greg Ecleberry, Sean and Helena Wooten, my grandmother, Lona Davis, and all of my family and friends. For those who have inspired my character names, I thank you as well.

And last but certainly not least, I’d like to thank everyone who buys this book. I hope you enjoy reading it as much as I have enjoyed writing it. Wait until you see what I have planned for Rasi and Epertase in book two.

F
ALL OF A
W
ARRIOR

Rasi sat on the edge of his bed with his palms pressed against his temples. He told himself to be strong, if not for his own sanity, but for his wife and coming child. He glanced at his sword as it hung innocently on the farthest wall and, though he knew the blade was clean within its sheath, he saw only the dark blood of men he had slaughtered still dripping from its edge. He vowed he would never again allow his talent for war to be exploited.

As with each night since the war with the heathens had ended, images of the dead and dying crept into his thoughts. Most nights he was able to push those visions away, but this night was different. He sat on his bed, moments from shedding the pent-up tears he had kept painstakingly hidden from his wife, Edonea. He did what was needed for Epertase’s survival, he told himself, but that didn’t bring him peace. Now it was up to the gods to determine if he was on the side of the righteous or the side of devils and he prayed that either way they would forgive him even as he could never forgive himself.

The clanging from the kitchen as Edonea finished the dinner dishes assured him of at least a few more moments alone to gather his emotions, though he feared this night he would be unable to right himself in time. As each vision of Edonea’s smile in his mind guided him back from the hell of his memories, his thoughts uncontrollably returned to the mutilated bodies that sprawled across the many battlefields of his past.

He sucked in a lung-filling breath, the aroma of his wife’s sweet apple dessert still lingering in the air, before exhaling with a cleansing sigh.

“Rasi?” she shouted from the other room.

“I’ll be there in a moment,” he shouted back.

Beside his bed set a washbowl of day-old water and he splashed the chilliness onto his face. Edonea appeared at the doorway. He turned away to hide his sadness, but she knew him too well.

He wiped his forearm across his eyes. “It is nothing.”

The heaviness of her eyes let him know she wasn’t satisfied with his answer. “Maybe you should stay home tonight,” she whispered as she sat on the bed next to him.

Nothing would make him happier than to do just that, but the choice was not his. He turned toward her and, with a sad grin, brushed her cheek with the back of his finger. “You know that I must go. Prince Elijah has required my attendance, as he has everyone in his squad. This is a big event for the royal family. My absence would be highly noticed.”

“What good is a furlough if your time is not actually yours?”

“Well, it is silly. Why our future king needs to prove himself in battle and rise through the military ranks like a common soldier, I’ll never understand.”

He stared at her for a moment, weighing whether her words were naively genuine or simply spoken for comfort. He answered, “You do not see wisdom in a leader who may one day be forced to send men to their deaths experiencing war firsthand?”

Her face wore the same expression she’d have whenever she ran out of words to argue. “I suppose,” she said. He knew it pained her to acknowledge that he was right and he chuckled.

He rose to his feet. “I will be home before the moon disappears in the north,” he said before gently kissing her forehead. He leaned down to her distended belly and whispered, “You protect your mother while I am gone.”

She said goodbye and waved as he left through the front door.

Rasi’s fellow soldier and best friend Terik met him at the edge of his property. “Where is Edonea?” he asked.

Rasi lied, “The pregnancy has her ill this evening. Besides, I do not imagine much entertainment in listening to our war stories ’til the wee hours.” He paused for a moment. “And Celia?”

“She wouldn’t be caught dead at a military function.”

As the two men walked, Terik nudged Rasi’s side with his elbow. “By the way, are we celebrating something else tonight as well?”

Rasi lowered his brow, not sure of where Terik’s words were leading.

Blond Cargo by John Lansing
Child's Play by Reginald Hill
Entwined by Elisabeth Naughton
Lifers by Jane Harvey-Berrick
Unconventional Suitors 01 - Her Unconventional Suitor by Ginny Hartman
The Reluctant Cowboy by Ullman, Cherie
When You Run, You Eventually Have to Stop by Sean Kennedy
9781631052323ForeverKindofCowboySullivan by Sandy Sullivan
Sweet Little Lies by Lauren Conrad
Ghost Letters by Stephen Alter
Our partner