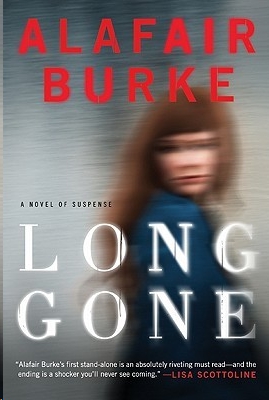 In memory of David Thompson

Part I Too Good to Be True

Part II Nothing to Hide

A Special Note of Thanks to My Readers

A
lice Humphrey knew the kiss would ruin everything.

“You’ve heard what they say about pictures and a thousand words.”

She looked up at the man—Shannon was his last name, the first hadn’t registered. He was the one with the faded, reddish blond hair. Ruddy skin. Puffy, like a drinker.

She didn’t like sitting beneath his eye level like this. In this tiny chair at her kitchen table, she felt small. Trapped. She mentally retraced her steps into the apartment, wondering if the seating arrangement had been planned for catastrophic effect.

Shannon and his partner—was it Danes?—had been waiting on the sidewalk outside her building. The two of them hunched in their coats and scarves, coffee cups in full-palmed grips to warm their hands, everything about their postures hinting at an invitation out of the cold. She, by contrast, hot and damp inside the fleece she had pulled on after spin class. She’d crossed her arms in front of her, trying to seal the warmth in her core as they spoke on the street, the perspiration beginning to feel clammy on her exposed face.

Shannon’s eyes darted between the keys in her hands and the apartment door before he finally voiced the suggestion: “Can we maybe talk inside?”

Friendly. Polite. Deferential. The way it had been with them yesterday morning. Only a day ago. About thirty-one hours, to be precise. They’d said at the time they might need to contact her again. But now today they suddenly appeared, waiting for her on the sidewalk without notice.

They’d followed her into the apartment. She’d poured herself a glass of water. They declined, but helped themselves to seats, selecting the two kitchen bar stools. She opted for the inside chair of the two-seat breakfast table, leaving herself cornered, she now realized, both literally and figuratively. But hers was the obvious choice, the only place to sit in the small apartment and still face her unannounced guests.

She’d unzipped her fleece, and found herself wishing she’d showered before leaving the gym.

They’d eased into the conversation smoothly enough. Initial banter up the stairs about how they should both get more exercise. Just a few follow-up issues, Shannon had explained.

But there was something about the tone. No longer so friendly, polite, or deferential. The surprise visit. Her heart still pounding in her chest, sweat still seeping from her scalp, even though she had finished her workout nearly half an hour ago. Maybe it was a subconscious shaped by television crime shows, but somehow she knew why they were here—not the reasons behind the why, but the superficial why. Even before the kiss, she knew they were here about her.

But it wasn’t until she saw the kiss that she realized her life was about to be destroyed.

Shannon had dropped the photograph on the table so casually. It was almost graceful, the way he’d extended his stubby fingers to slide the eight-by-ten glossy toward her across the unfinished pine.

She looked down at the woman in the photograph and recognized herself, eyelids lowered, lips puckered but slightly upturned, brushing tenderly against the corner of the man’s mouth. She appeared to be happy. At peace. But despite her blissful expression in the picture, the image shot a bolt of panic from her visual cortex into the bottom of her stomach. She inhaled to suppress a rising wave of nausea.

“You’ve heard what they say about pictures and a thousand words.”

She’d pulled her gaze from the picture just long enough to look up at Detective Shannon. His clichéd words echoed in her ears, her pulse playing background percussion, as her eyes returned to her own image. There was no question that the man in the photograph was Drew Campbell. And even though the cognitive part of her brain was screaming at her not to believe it, she had to admit that the lips accepting his kiss were her own.

She ran her fingertips across the print, as if the woman in the picture might suddenly turn her head so Alice could say, “Sorry, I thought you were someone else.” She felt the detectives looking down at her, waiting for a response, but she couldn’t find words. All she could do was shake her head and stare at the photograph.

Alice Humphrey knew the kiss would destroy her life because thirty-one hours earlier she had stepped in Drew Campbell’s blood on a white-tiled gallery floor. She’d fumbled for a pulse, only to feel doughy, cool skin beneath her trembling fingers. And until she’d seen this picture, she would have sworn on her very life that, other than a handshake, her palm pressed against his still carotid artery was the only physical contact she’d ever shared with the man.

She’d had a crappy year, but had never paused to appreciate the basic comforts of her life—its ordinariness, the predictability, a fundamental security of existence. All of that was in the past now.

Alice had no idea what would happen next, but she knew the photograph would shatter everything. And she knew this was only the beginning.

The Wounded Guardian by Duncan Lay
Inside the Worm by Robert Swindells
The 39 Clues: Unstoppable: Nowhere to Run by Watson, Jude
Hounacier (Valducan Book 2) by Seth Skorkowsky
Two in the Field by Darryl Brock
Chased by Love (Love in Bloom: The Ryders): Trish Ryder by Melissa Foster
Brand Luther: How an Unheralded Monk Turned His Small Town Into a Center of Publishing, Made Himself the Most Famous Man in Europe--And Started the Protestant Reformation by Andrew Pettegree
Burn Girl by Mandy Mikulencak
Greed in Paradise (Paradise Series) by Deborah Brown
Rule #9 by Sheri Duff
Our partner