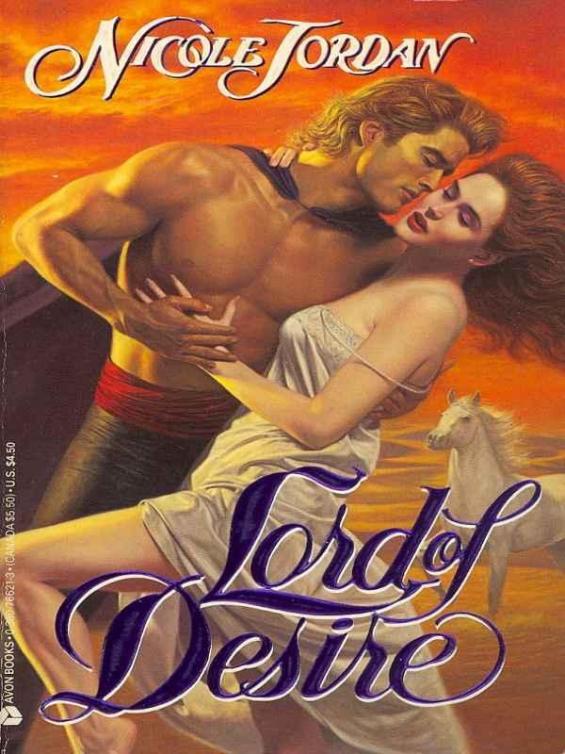 THE ART OF KISSING

"Don't tell me you consider yourself qualified to give me instruction on the art of kissing! What an elevated opinion you hold of yourself."

Alysson felt a perverse desire to shatter a little of his arrogant self-assurance. "Well then, you are welcome to try."

He raised an eyebrow, staring at her in disbelief.

She laughed. She had succeeded in rendering him speechless.

Her enjoyment was short-lived; a strange, unfathomable smile tugged at the corner of his mouth. "I am tempted, I admit. If I were to instruct you, I would take you in my arms, like so . . ." Suiting action to his words, he slipped an arm about her waist and drew her fully against his body. He held her thus, with consummate ease, one arm about her waist, while his other hand lifted to brush the vulnerable column of her throat.

Against her will Alysson found herself actually, incredibly, wanting his kiss . .
.

"Lord of Desire
is a wonderful love story

with
a spellbinding essence . . . Alysson and Jafar have my hands-down vote for outstanding hero and heroine of the year.'' 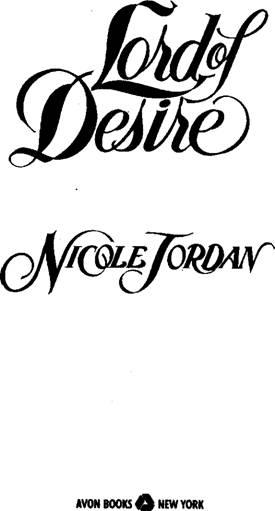 LORD OF DESIRE is an original publication of Avon Books. This work has never before appeared in book form. This work is a novel. Any similarity to actual persons or events is purely coincidental.

Copyright ® 1992 by Anne Bushyhead Published by arrangement with the author Library of Congress Catalog Card Number: 91-92083

All rights reserved, which includes the right to reproduce this book or portions thereof in any form whatsoever except as provided by the U. S. Copyright Law. For information address Irene Goodman Literary Agency, 521 Fifth Avenue, 17th floor, New York, New York 10017.

To Ann, Sandra, and Irene—for having the immense good taste to fall in love with my valiant desert sheik, and the skill to help me give him life.

When love has pitched his tent in someone's breast,

That man despairs of life and knows no rest.

Love's pain will murder him,
then
blandly ask

A surgeon's fee for managing the task—

The water that he drinks brings pain, his bread

is
turned to blood immediately shed;

Though he is weak, faint, feebler than an ant,

Love forces him to be her combatant;

He cannot take one mouthful unaware

That he is floundering in a sea of care.

T
he rawboned Barbary stallion looked out of place standing before the Duke of Moreland's family estate. The august mansion, golden-hued and "boasting magnificent
proportions,
was the epitome of grace and elegance, while the sweeping lawns and topiary yews had been clipped and manicured and cultivated within an inch of their civilized existence.

In contrast, die fiery Barb with its sinewed haunches
esq
over- long mane seemed almost swage. Indeed, it bore scant resemblance to the sleek thoroughbreds in the fabulous ducal stables. This animal had been bred for endura ice and speed in the harsh desert climate of the Sahara, and trained for war. Held by a wary, liveried groom, the bay stallion snorted defiancé and pawed the ground while awaiting its master.