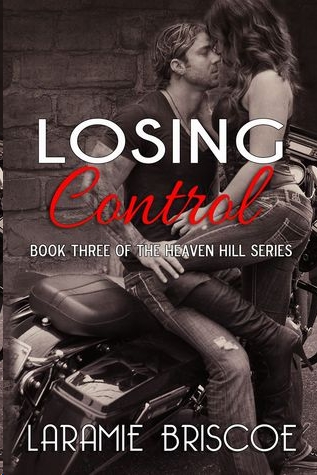 Book #3 of the Heaven Hill Series

This book is a work of fiction and any resemblance to any person, living or dead, or any events or occurrences, is purely coincidental. The characters and story lines are created from the author’s imagination or are used fictitiously. Any trademarks, service marks, product names, or named features are assumed to be the property of their respective owners, and are used only for reference. There is no implied endorsement if any of these terms are used. Except for review purposes, the reproduction of this book in whole or part, electronically or mechanically, constitutes a copyright violation.

Everyone has a dream. This book is about following those dreams and making them happen. I hope that whoever is reading this gets the courage to follow their own! It’s never too late or too early – just wake up in the morning and do one thing to work towards it. Eventually you will get there!

Friend of the Heaven Hill MC.

Bianca Hawks met Jagger Stone in the most embarrassing of ways. After watching him play music at Wet Wanda’s for months, she fell half naked into his arms after a drunken bout with a stripper pole and the back of a pick-up truck. Avoiding him and his killer smile no longer works when she needs her car repaired and he comes to her rescue. His request for payment comes in the form of date nights spent with just the two of them – away from both the strip club and the MC.

Jagger Stone only wanted two things – to be a patched member of the Heaven Hill MC and to get to know Bianca Hawks. One for two isn’t bad, but when her car breaks down and she’s left with no one else to help her, he plays the situation to his advantage. Over late nights driving up and down the interstate and nights in spent at her apartment, Jagger realizes that there is so much more to Bianca than he ever knew.

When her dream of becoming a school teacher is threatened by someone who wants her all to himself, the two of them are thrown into a dangerous game of cat and mouse. For the first time, Heaven Hill isn’t sure what they are up against or if they can keep their family safe. In times of danger, Bianca and Jagger know the only thing they can do is hold onto each other while trying not to admit they are losing control.

Connect with Laramie on Substance B

“H
as anyone ever told you that you should be a male model instead of a biker?”

Jagger Stone froze. That husky voice had haunted him for months. Since the Harley Drags in October to be exact. It was a hell of a story really, the way the two of them had finally met. She’d been on the back of a truck that had been outfitted with a stripper pole. He’d caught her when she’d lost her footing and taken a tumble. She had been a lot drunk and mostly naked. Since that day, he hadn’t been able to get her out of his head. The few times they had spoken with each other since hadn’t been enough.

“Anybody ever tell you it’s not good to sneak up on a biker?”

That same voice gave a low laugh that went straight to his groin. Never in his life had anyone affected him this way.

“‘Sneak up on a biker’ is a relative term. You didn’t even have your back all the way to the door. I’m sure you knew I was here.”

She was right with that statement, but it wasn’t because he didn’t have his back to the door. Since that day she’d fallen into his arms, he’d been hyper-aware of her. No matter where he was, if Bianca Hawks walked into the room, he knew it. Every part of his body came to attention. She was sure to be an itch he wouldn’t ever be able to scratch.

Ignoring her comment, he put a cigarette in his mouth and fired up his lighter. To hell with Bowling Green’s smoking laws. “What is a pretty little thing like you doin’ here?” he flirted. Of course he knew she worked here, that was one of the reasons he kept coming in.

Here indicated
Wet Wanda’s
, a bar better known as a strip joint, that some of the other brothers tended to frequent when not providing security for the ladies. It was a dive at best. Women were sometimes up on the bar naked, and word had it you could get hand jobs or even better if you played your cards right. The clientele was right up his alley though; they loved to drink and they loved to get rowdy when he came out to play his brand of country music that bordered on rock ‘n’ roll.

Bianca rolled her eyes at the question. He acted like this was some sort of high-class establishment. “Workin’. What does it look like?”

He loved the little bite of attitude she gave him. He also knew that she thought she had hidden well from him, so he played along. “I didn’t know you work here. I come in here all the time.”

With any other woman that would have been an automatic home run into her panties. Especially in a place like this. With her, it didn’t even look like it impressed. There was an awkward pause while he tried to figure out how to respond.

“Obviously, you’re not a fan.”

“Now, I didn’t say that,” she smiled. “I just won’t fall at your feet. No matter how sexy you look on stage when you play a guitar.” With that she was gone, but the scent of her shampoo remained.

He couldn’t help the chuckle that bubbled up from his belly as he took another hit off his cigarette.

Jagger dragged his gaze from Bianca’s backside and looked up at his brother, Tyler. He’d phrased his words as a question, but he was obviously ready to go as he held his helmet in his hands.

Tyler laughed. “You gonna run outta here with your tail tucked between your legs?”

“What’s that supposed to mean? We conversed.” Jagger cut his eyes over to the bigger man. It was hard to act like you had game when you stood next to the great Tyler Blackfoot.

“Sure you did. When that girl comes around, no matter when or where, you act like a teenage boy with a boner for the first time. You need to man the fuck up.”

Jagger shrugged. “I do alright with the ladies.”

Tyler put his arm around Jagger’s shoulder, much like an older brother would do. He could tell that the Native American was about to impart some wisdom. “You do alright because you don’t have to try. You flash those pearly whites and give that little boy grin you got, and they usually fall at your feet. This one’s gonna take some work.”

Not wanting to say anything that would give his feelings away, Jagger did little more than nod and get on his bike. Before he fastened his helmet, he cast a look back at the little bar and couldn’t help but notice Bianca standing in the doorway.

Their eyes met before she turned away, breaking the spell to walk back inside. His gut churned as he watched her go. Tyler was right. This one was going to take a lot more than him flashing the dimple in his right cheek. He just had to decide if she was worth it or not.

Hours later, Bianca sat behind the wheel of her late model Mustang beating it to within an inch of its life. Her hands ached as she gripped the steering wheel and did her best not to bang her head into it.

The cold January air seeped into the interior of the car making her teeth chatter. She’d dressed in just enough clothes to be decent in order to get the best tips and now she was regretting it. Tucking the jacket she kept in the backseat around her body, she popped the hood and cursed as she jumped out into the elements.

She didn’t know a whole lot about cars, but what she saw when she looked under the hood caused her stomach to pitch. Oil was everywhere. She fought back the initial reaction to cry. Bianca Hawks didn’t cry when the going got tough. She just sucked it up and rolled with the punches, doing the best she could with what she had. Before she could slam the hood down on the car, she heard the roar of bikes.

They went by her and she breathed a sigh of relief. Save the group that she was comfortable with, bikers tended to creep her out. When the sound of a lone bike returned, she tensed. The man who rode this bike was covered from head to toe and had a bandana around his face. He came to a stop in front of her and pulled the bandana away.

“You scared the ever-loving shit out of me! But I am so glad you aren’t gonna murder me, I can forgive you.”

“What’s wrong with it?” he asked, coming around to stand beside her in front of the car.

“Oil’s everywhere, and it just died on me. I need to do some maintenance on it, but I can’t really afford it.”

He fiddled around inside the engine and then closed the hood. “It’s not goin’ anywhere tonight, darlin’. I’ll call Liam tomorrow and see if we can get it into the shop. Do you need me to take you somewhere?”

She eyed her bare legs and then his bike. “I’d love a ride, but I’m really not dressed for it.”

Without saying a word, he stripped off his leather chaps and leather jacket before handing them to her. Underneath the jacket, he had on a long sleeve thermal shirt along with his cut.

“You’re going to be wearing a patch on your back, but this is all I got.”

She knew after hanging around this group what that meant and just how much of a gentleman he was being in doing this for her. “Thank you,” she told him sincerely as she put the chaps on over her bare legs and shrugged the jacket on over her body.

“You’ll have to give me directions, but I’ll get you home in one piece,” he yelled over the roar of the engine.

Soft Target by Stephen Leather
Fallling for the Prodigal Son by Gabriel, Julia
Standby by Kim Fielding
The Tsunami Countdown by Boyd Morrison
The Black Stallion Returns by Walter Farley
The Village by the Sea by Paula Fox
A Dead Man in Barcelona by Michael Pearce
The Importance of Being Kennedy by Laurie Graham
The Seeds of Time by John Wyndham
A desire come true (The Never Changing Wish Book 1) by Constantine, R. B.
Our partner