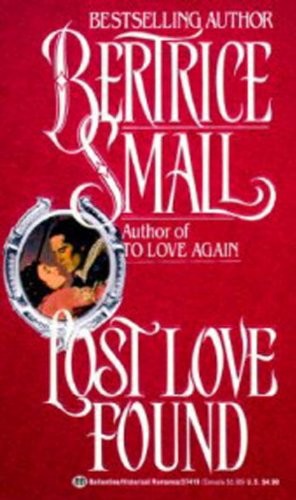 THE KADIN
LOVE WILD AND FAIR
ADORA
UNCONQUERED
BELOVED
ENCHANTRESS MINE
BLAZE WYNDHAM
THE SPITFIRE
A MOMENT IN TIME
TO LOVE AGAIN
LOVE, REMEMBER ME
THE LOVE SLAVE
HELLION
BETRAYED
DECEIVED
THE INNOCENT
A MEMORY OF LOVE
THE DUCHESS
THE DRAGON LORD’S DAUGHTERS
PRIVATE PLEASURES

The Border Chronicles
A DANGEROUS LOVE
THE BORDER LORD’S BRIDE

V
alentina, Lady Barrows, knelt in prayer beside her bridegroom’s bier. For all her youth and inexperience in such serious matters, Valentina knew her duty. If in her short tenure as the lady of Hill Court she had not yet had the time to earn her servants’ respect, she did so now with this stark act of wifely obligation. She was garbed entirely in black silk, a starched white ruff at her neck the only relief, and she held herself unnaturally still, hardly breathing. Her lustrous dark brown hair with lovely copper highlights was tucked modestly beneath a simple, sheer lawn cap. Her earlobes were bare, for she wore no jewelry except her heavy gold wedding band.

Not once during the long hours of the night did Lady Barrows leave her post, keeping her vigil by her husband’s cold body until the first golden rays of dawn began to mark the sky beyond the stained glass chapel windows. In the kitchen the servants of Hill Court mourned far more than their master’s death, for the laundress had firmly assured them that Lady Barrows’s monthly flow was upon her that very day. There would be no heir from the tragically brief marriage of their late lord and his beautiful bride.

The sound of birdsong caused Valentina to pause in her prayers. The silver and ebony crucifix dangling from her slim white hand by its onyx beads slipped from her fingers to the floor. As she reached down to pick it up, Valentina found her mind traveling back to the morning before this one, when she had stared down in surprise and stark horror at the broken body of her husband. Ned lay so still, so very pale, upon the roughened plank. He had never seemed so quiet. Not even in sleep.

“Wh-what has happened?” she managed to gasp, attempting to focus on the groom who had ridden with Lord Barrows, or on the men who had carried his body home, anywhere but on that poor broken body.

The men all shuffled their feet nervously, looking stricken, leaving Derwin to explain. This was a fine piece of business he found himself in the midst of, thought the groom. But then, he had never had much luck. He had been hired only this past spring to replace the elderly groom who had always ridden with his lordship, the man who had taught Lord Barrows to ride as a child and had been with him his entire life. Now, thought the hapless groom, he would have to find himself another position, and without a reference, ’twas likely.

The groom’s head snapped up at the tragic note in her ladyship’s voice, and he began his explanation. “ ’Twere that big briar-rose hedge that divides the pastures, m’lady,” he said. Deep in his soul he felt that it was he who had failed, had somehow caused this terrible accident. “His lordship were riding that new stallion he got from yer cousin, Lord Southwood, as a wedding gift.” He took a deep breath and continued. “The beast stopped sudden-like, just short of the hedge his lordship wanted him to take. The master were real patient with him, m’lady. Turned him around, he did, talking all gentle and encouraging-like. Took the animal back a-ways and approached the hedge again, he did. The horse hesitated a second, m’lady, but then it took the jump.” The groom shook his head. “Off balance he was. Lost his footing coming down on t’other side. Threw his lordship, and then fell on top of him he did.

“They was both caught inside the hedge. Horse broke two of its legs. Had to destroy him, we did, m’lady. Terrible waste it ’twas. His lordship, well, his neck and back was broken in the fall. Dead as a mackerel, he was, when we finally got the big beast off him. Yer pardon, m’lady,” he amended as Valentina grew even paler. “The men straightened him out for ye though, m’lady, so he wouldn’t look so funny when ye saw him.”

The groom was miserable. In his whole life he had never said so much at one time. His throat was extremely dry, and he wished he could go to the kitchen for some cold cider. Nervously he tugged at his ear, and his feet moved restlessly upon the polished wide floorboards of the house’s main entrance hall.

Valentina went numb, but her mind still managed to function despite her shock. She was, she considered a bit ruefully, her mother’s daughter after all. She had her duty to perform, and she would not feil in it.

“A bier must be set up,” she told the men in what she hoped was a calm, authoritative tone. She had never been so closely associated with death before. “Take his lordship’s body into the Great Hall,” she said, “then wait while I consult with the priest.”