Read Love and Other Games Online

Love and Other Games 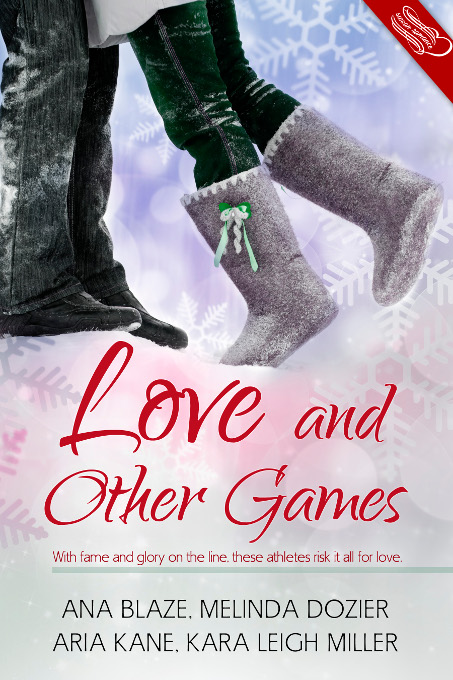 This book is a work of fiction. Names, characters, places, and incidents are either products of the author’s imagination or are used fictitiously. Any resemblance to actual persons, living or dead, business establishments, events, or locales is entirely coincidental. The author makes no claims to, but instead acknowledges the trademarked status and trademark owners of the following word marks mentioned in this work of fiction including brands or products such as:.

All rights reserved. Published in the United States of America by Swoon Romance. Swoon Romance and its related logo are registered trademarks of Georgia McBride Books, LLC.

CONTENT ADVISORY: The publisher and authors recommend this title to readers over age seventeen due to mature content and language. 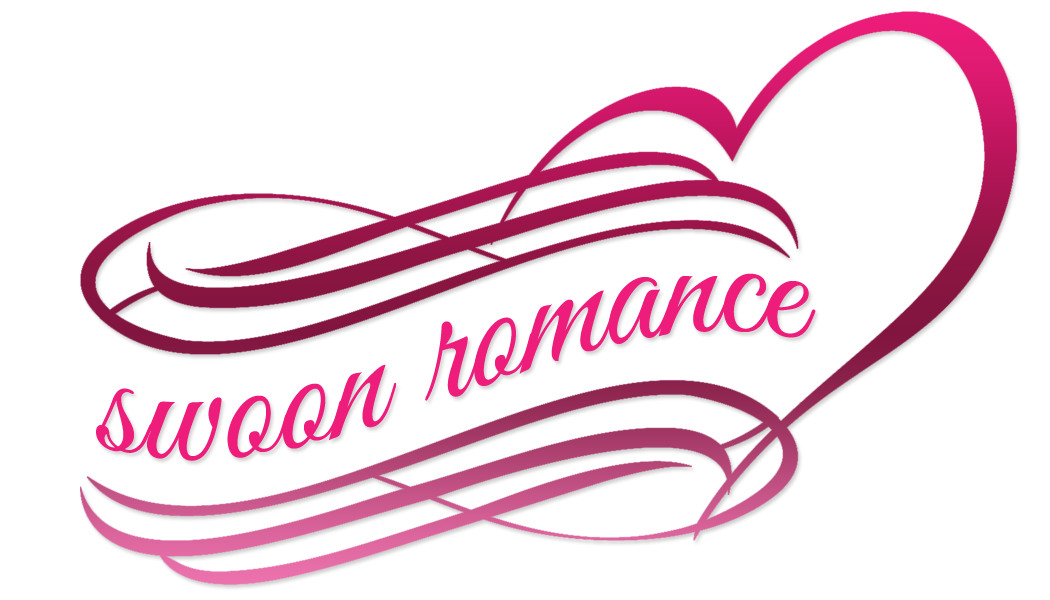 T
HE
G
IRL
BEHIND
THE
G
OLD

A
NA
B
LAZE

“Okay, buddies, this is the place.” Chris declared, displaying a wide grin under his retro beanie hat, splaying his hands out by his side.

Ty bumped into him when he stopped in his tracks and frowned at his other teammate, Adam. “What’s he talking about?”

They’d been in the Village for a day now. Once he slept off the jetlag, he explored the grounds, the mountains calling his name. He was at the freakin’ Olympics, baby! The first informal party took place tonight and that’s where they headed.

When Adam displayed a wicked smirk in return, Ty looked at Chris and back to the quiet area around them. Fresh snow lay around a statue bearing the five interlocked Olympics rings symbolizing the continents of the world, a small frost along the edges. This was not the Community Center. “Why are we stopping here?”

Adam nodded to Chris, ignoring Ty’s question. “It’s a good place as any other.”

“What the hell are you two talking about?” Ty folded his new US Snowboarder-jacket collar up to block the breeze around his neck. He looked around to try to figure out what they referred to. “The party’s in the community center, isn’t it? And there’s no one around here.”

Chris stood in front of him and tapped his shoulder, a smug smile directed at Ty. “We all had to do it.”

“Do what?” Ty zipped up his jacket and narrowed his eyes. What could they do here?

“Time to join the brotherhood, man.” Adam patted him on the back.

Aw, shit. They were up to no good. A puff of vapor exited his mouth as the realization came to him. He should have known; his nickname wasn’t Trouble for nothing. In fact, his well-known pranks at the X-games still linger in the half-pipes of Aspen.

Chris laughed and rubbed his hands together. “You’re the virgin of the games, dude. You had to know something was gonna happen.”

Ty stamped his feet to warm his toes. “What do I have to do?” No big deal. He could play another prank if he had to. What pissed him off was that they completely blindsided him tonight and he had no idea what they had up their sleeves. No one else surfaced around them and the quiet echoed off the snowy ferns.

“See that Olympics statue in the corner?” Chris pointed. When Ty nodded, Chris continued, “You need to run around it, jump through one of the rings, slide a 180 – with your boots only – and we’ll take a picture. Then run back without falling.”

His friends smiled back at him. Chris spoke up, his eyes lit with a twinkle of mischief, “Without your clothes on, Trouble.”

He flinched, a bitter tang in his mouth. They had to be kidding. His toes were already numb and he wore boots. “No clothes? In this cold?”

“Yep.” Adam chuckled, a smile as wide as one of the Olympic rings.

Ty glared, thrusting out his chest. “You guys are assholes.”

“You’ve got to do it, dude.” Chris pulled out his Smartphone and punched buttons to bring up the camera application. “Let me just bring up Instagram.”

“What if I don’t?” Ty lifted his chin and met Chris’s gaze.

Adam tsked and vapor drifted from his mouth. “It’s bad luck if you don’t.”

Ty tugged his woolen hat down over his ears. “Is this like that torch urban legend going around?”

Chris blew into his hands. “No, the torch is
not
an urban legend. Plus, we all had to do it. Now it’s your turn.”

Adam leaned against a railing of the steps. “Come on, Trouble, take one for the team. I had to do it in Vancouver.”

“And I did it back in Turin,” Chris added, sniffling his nose.

Well, if they both did it, so could he. “Hell, I’ll do it. I’ve done worse.” Ty stood up straight and unzipped his team jacket. How cold could he get? It would only take at most a minute. He chuckled under his breath. His friends were novices at causing trouble.

“Fuck you.” He began to take them off, all while jumping up and down to try to warm up.

“No, man. Keep them on.” Adam stopped him. “What if someone comes around? You don’t want to get disqualified. And keep your boots on.”

“Pussies.” Ty pulled his boxers back up and rubbed his arms, causing friction to warm himself. “Ready?” When they nodded, he shot off as if he were a track star instead of a snowboarder.

Posing at the statue after he turned on his heel, he smiled, “Take the freaking picture,” Both Chris and Ty held up their cell phones, snapping pictures and laughing at the same time.

A minute later, he stood in front of his teammates. That wasn’t so bad. He held up his fists and screamed, “I fucking love Switzerland!”

“You sure about that?” Before he knew it, Chris had one arm behind his back and Adam the other.

Now wait a minute. “What the hell are you doing?” His arms felt like icicles and his fingers prickled from the cold. If they kept him out here any longer like this, he wasn’t sure how he’d stay warm.

Chris landed a cold metal object around each wrist. “We forgot to mention the second part to our initiation.” His wrists tightened around what had to be handcuffs, then they shackled him to the railing of the stairs they leaned against. “Now you got to find a way out.”

Adam bent over laughing, clutching his side. “You should see your fucking face, dude. Hilarious.”

“What the hell? It’s fucking cold out here.” The only sound was the laughter of his friends and Chris taking pictures with his cell phone, again. “You’ll pay for this, assholes.”

“Sucker.” Chris smiled and his boots crunched through the snow as he walked away.

Adam stood in front of him, his eyebrows wiggling. “It was cold in Vancouver, too.” He reached to the inside pocket of his USA jacket. “Here are a couple of keys.”

Ty tried to reach out to grab them, forgetting that his hands were constrained. His wrists burned against the cold metal. His friend fastened a string with several keys around his neck. “Don’t worry. If you don’t show up to the party, we’ll come back for you.”

“If I’m not frozen over by then.” Hell, his legs were about to buckle from the cold.

Adam tapped his chest. “Glad you left your boxers on now, aren’t you?”

“Welcome to the Olympics, Trouble.” Adam ran off and soon both teammates were out of sight.

What the hell was he going to do? He tried to reach the necklace with his mouth, then with his tongue, but that didn’t work. He did a little dance, to try to warm up and shake loose the keys around his neck. Nope. Didn’t work. Bending his head down below his knees didn’t work either. He was freaking stuck, and in the ten minutes they were in this isolated area, no one had walked by.

Oh, those shit-for-brains teammates would pay for this. He wiggled around, stomping his boots on the ground and blew his warm breath out, all while planning revenge.

Of course, Nadia got stuck with an American as her roommate, and this one was a piece of work. The party started in ten minutes and Nadia was never late. Never. Leaving a note on Lara’s bed, she left the room without looking back. The community center lay about a ten-minute walk from the volunteers’ dorm, according to her Village map. If she walked quickly, she would get there on time. She didn’t want to disappoint the other volunteers, especially her boss who had to write her a recommendation letter at the end of the games.

A vibration pulled her from her thoughts and she looked at her phone’s text message. Lara had just gotten out of the shower. Figures. She’d take another twenty minutes to spruce herself up, since all Lara talked about was meeting the single athletes. She had her eye on one of the hockey players – Cole something. Nadia, on the other hand, had no time for those frivolous games. Her purpose for being there consisted of gaining experience and hopefully landing her dream job at the Olympic Committee Headquarters later this year.

Her quick pace continued, but the walk felt eternal. She shouldn’t have taken the shortcut she’d plotted out on the map. Maybe it wasn’t so short. She stopped in her tracks, pulling out her cell phone again to check the time, when she heard a noise.

Nadia looked across the path toward the stairs ahead of her and saw a very well built, tall man, light brown hair curled around his beanie, with a chiseled chest and tight thighs. Wait a minute. Why could she see his chest and thighs? It was zero degrees Celsius. Why would a man be standing in nothing but his underwear? Her mother always warned her about sickos.

She dug into her purse, searching for her mace – something she carried since her internship in New York last summer. It settled somewhere at the bottom. Great. When she finally needed it, she couldn’t find it.