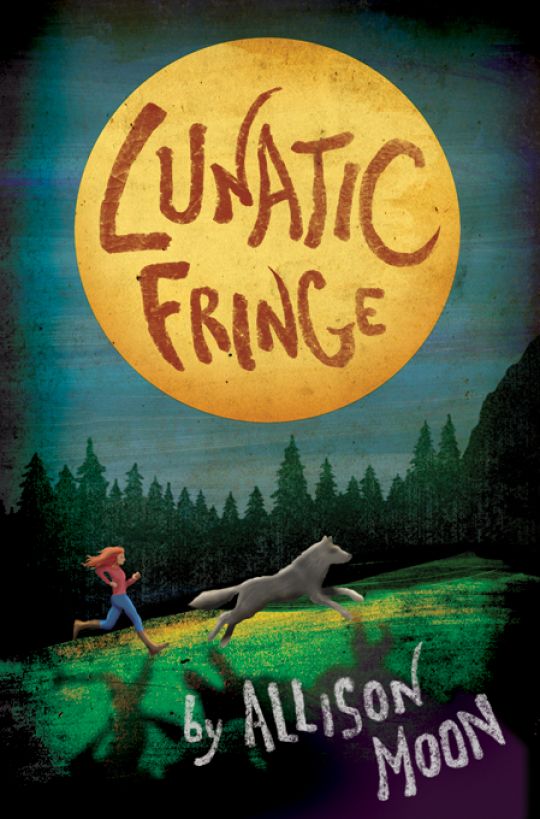 All rights reserved. No part of this
book may be reproduced in any manner whatsoever without written
permission except in the case of brief quotations embodied in
critical articles or reviews.

This ebook is licensed for your
personal enjoyment only. It may not be re-sold or given away. If
you would like to share this book, please purchase an additional
copy for each recipient. If you’re reading this book and did not
purchase it, or it was not purchased for your use only, then please
return to Smashwords.com and purchase your own copy.

Thank you for respecting the hard work
of this author.

For Reid, my
champion

The cave stank of urine,
sweat, and blood. Lexie pressed her back against the steel door,
her knife’s sheathe digging into her hipbone. She wiped her hands
on her jeans, watching the women’s faces.

Blythe kicked the man in the
stomach and he fell to his knees. The hood over his face puckered
as he coughed and sputtered, gasping at the word
“Please.”

Blythe used the rope to
wrench his arms back and ripped the hood from his head.

“
I don’t know what you’re
talking about!” he pleaded, his ham-hands curling into purple fists
behind his back.

He shook his head, drops of
blood and sweat flying like water from a dog’s coat.

“
Alright then,” Blythe
said. She kicked him in the stomach, forcing more blood and spit
from his mouth with a cough.

The women set in, taking
turns beating the breath out of him.

From between her fingers,
Lexie watched the man beg and struggle to rise between
blows.

As the door slammed shut
behind her, she thought she heard a whimper become a snarl. She
didn’t stop to find out, running until her lungs and legs burned
and the sky turned indigo with the impending sunrise.

“
Stop helping me, Dad. This
is a dumb reason to re-injure your back.” Lexie Clarion walked to
the rear of her pickup truck, wearing a groove into the gravel
driveway, and slid another box along the bed to join the others. As
she relieved her burden of packed books, bedding and clothes, her
father, Ray, stood at the front door presenting another box for her
collection.

“
Sending my daughter off to
college is a great reason.” He offered her a wistful smile with the
box. “This is a light one,” he said. “The quilt Mom gave you, I
think.”

Lexie sighed and walked towards her
father, the gravel crunching beneath her tight-laced boots. She
dried her palms on her flannel shirt tails and tossed back the twin
braids that bounced alongside her face. She didn’t care that they
made her look at least three years younger than her
eighteen-year-old self. So little of her had changed in that time.
The same chipmunk-auburn hair hung from her head. The same freckles
that she had naively expected to fade with age stubbornly dotted
her nose, and she had yet to grow into her front teeth. Now, on the
far side of adolescence, Lexie had lost faith that any of these
things would change. She learned to accept her face, just as she
did her bony body. Still, she held out hope that she would
eventually eke out a bit of curve to her hips or something more
than an A cup, just a simple softness, however slight, somewhere
along her angles. Until then, she would feel forever balanced on
the cusp of childhood and something only barely more.

Taking the last box from
her father, Lexie noticed the curve of his shoulders and the stress
lines on his brow.
Nine years on your back
must take a lot out of you,
she thought.
She hugged her arms around the box’s stiff corners and took it to
the truck while her father stood silent in the doorway. Lexie
thought ahead to the coming afternoon, wondering what her father
would do with himself in an empty house. The muffled voices of
afternoon news anchors droned from the living room as if in reply.
She slid the final box onto the truck with a sigh and looked to her
father. He flinched and drummed his lower back with the tips of his
fingers. He needed to lie down.

Instead, Ray shuffled to help her strap
a blue tarp over her belongings. His eyes darted around the truck’s
load.

“
I still don’t know why you
can’t stay here, Lex,” he muttered.

“
You’ve got the truck. You
could commute.”

“
I’m going to be odd enough
as it is. They’re all a bunch of rich kids from big cities. I don’t
want to be the hick weirdo who can’t even afford the
dorms.”

“
Doesn’t matter where you
came from, Lex,” he said, a deep divot forming between his
eyebrows. “Only matters where you’re going. You should be proud of
that scholarship.”

“
They’d give it to any
townie that wasn’t brain-dead.”

“
You know that’s not true.
They gave it to that Ward boy, and he’s one bright kid.”

“
Most of those spoiled city
kids never had to work for anything in their life. You busted your
ass for this,” he said. “It’s gonna serve you good.”

Lexie tugged at her braids, eager to
hit the road. She took a tentative step forward to embrace her
father, but he stepped back into the shadowed interior of the
house, returning a moment later with a white cardboard box sealed
with two pieces of scotch tape. Affixed to the lid was a pink,
store-bought ribbon.

“
Maybe, maybe not,” he
replied, managing a grin.

Lexie pursed her lips and opened the
box, her fingers searching beneath a layer of crumpled newspaper
for the gift inside. Her fingertips grazed leather, and she pulled
out a large hunting knife in a hand-stitched sheath.

“
Whoa,” Lexie said. She
unsnapped the sheath and slid a freshly honed, eight-inch blade
free of the leather. The steel of the blade glimmered in the hazy
afternoon sunlight. “Jeez, Dad. I’m going to college, not the
Yukon.”

“
Girl can always use a good
hunting knife. And, you can always pull it on any of the boys if
they get fresh with you.”

“
Just take it,” he said.
“It’ll make me feel better about you being all alone out there.
Those rare wolves aren’t getting any tamer.” He paused as Lexie
inspected the knife’s steel hilt, which bore a crude etching in the
shape of a circle and two crescent moons. “Maybe you should take
the twelve gauge, too,” he added.

“
Rare wolves aren’t
something to laugh about, Lex. They’re not like normal gray wolves.
They don’t run in packs, they aren’t afraid of people, and they’re
highly aggressive. No one’s taken one out since back in
‘ninety-nine. You heard about Hank’s friend in forestry, just got
attacked between here and Milton last week. And that poor girl back
in June? She was a student at Milton, you know. And then there was
that rash of deaths a couple years back.”

“
I know, Dad.” Lexie
grumbled. “Every kid in Wolf Creek grew up with a ten o’clock
curfew because of it.”

“
Well, they don’t have
curfews in college, and I don’t like the way Milton handles the
wolf issue. It’d make me feel better knowing you can defend
yourself,” he replied. “Let the other kids get ate. You’re all I’ve
got.”

“
I know, Dad,” Lexie said,
more in apology than acknowledgement. “I just don’t know if I’m a
hand-combat kinda girl.” She had hunted with her father countless
times and bagged her first buck when she was thirteen, but she’d
never had the nerve to end a life with a knife, and she didn’t
think she ever would.

“
We’ll get you there
someday,” Ray said. “In the meantime, use it to clean fish or open
cans of soda.”

“
Not beer?” Lexie asked
with a smirk.

“
Not yet, smart ass.” He
bopped his daughter on the back of her head.

She batted his hand away, but she was
still focused on the blade. Lexie hefted the knife to test its
weight and rocked it in her palm to find the balance. The handle
was worn smooth, the varnish rubbed clean off in the finger
grooves.

“
You could say that. It
belonged to your mom.”

Lexie examined the gift anew, its
quality heightened by the added history. It gave her something to
focus on besides the familiar, awkward silence.

“
Best hurry then.” Her
father’s monotone interrupted the tension. “Looks like
rain.”

He opened his arms and pulled Lexie
into an odd and awkward hug. He released her with a grunt and a
nod, then she was off.

Lexie squinted against the setting sun
as she drove westward. Today marked the beginning of the autumn
sky. Weighty clouds peered over the land like jealous giants,
rumbling indignantly, threatening to drown the valley. Beneath the
cloud line, the sky burned yellow as the sun began its initial
descent.

Her old Chevy Bonanza jerked forward,
its gears struggling to shift as she merged onto I-5. Lexie knew
this part of the drive well, having traversed this bit of highway
countless times on her high school commute. She smiled, remembering
her first taste of freedom behind the steering wheel of her beloved
truck, free from cramped and smelly carpools, with their
suspicious, judgmental parents and odious male
classmates.

The first raindrops hit the windshield
just after she crossed into Milton. Lexie pressed her foot on the
gas, eager to get settled into her new home before the storm. Just
inside the town limits, the dense forest broke into open fields,
and Milton College appeared. It looked far too pristine to be a
part of Lexie’s world, as if it was trying to pretend that this
gray, forested place was New England rather than rural Oregon, and
that the college was part of a long line of dignified and stodgy
New England universities, instead of one of a handful of liberal
arts colleges that had sprung up in the West over the last
century.

Nevertheless, Milton had cultivated an
admirable reputation among the moneyed and artistic families of the
west coast. Parents sent their children to Milton to prove that
encouraging artistic endeavors and emergent radical identities was
no threat to their status quo. Most Milton families wore their
open-mindedness like a merit badge, scoffing at schools like Brown
or Vassar, claiming they stamped out one’s natural tendencies
towards artistic authenticity. Yet despite such notions of
liberality, there was still the issue of money, specifically that
Lexie had none, while every other Milton student seemed to have it
woven into the threads of their clothing. For this reason, Milton
College was perennially at odds with the working-class townspeople.
In an effort to improve its regional standing while maintaining its
elite status, the school had established its Resident Scholarship
Fund to bridge the gap between the coddled out-of-town students and
the GED-wielding townies. Students were awarded the scholarship
based on need and merit. Lexie was one of two students from her
school to receive a full ride; she was the needy one. The other was
Duane Ward; he was merited. While not particularly eager for his
company, Lexie still hoped he would be on campus when she arrived,
until she remembered that the Wards were still in Spain,
celebrating the completion of the stellar high school career of
their first Golden Child.