“I am Ragi. She is Yelena Pazhets. She sent me—I must find a man who—”

“Please,” Lyra said, “please don't speak so loudly. I'm safe here—this is my home—but people are curious—if they hear another daemon's voice in here, it would be hard to explain, and then you would be in danger.”

The daemon fluttered anxiously to the window-sill, and then to the back of Lyra's chair, and then back to the table.

“Yes,” he said. “I must go to a man in this city. Your name is known to us—we heard that you could help. I am frightened this far south, and under a roof.”

“His name is Sebastian Makepeace. He lives in Jericho.”

“Just Jericho? That's all the address you have?”

The daemon looked bewildered. Lyra didn't press him; to a witch of the far north, a settlement of more than four or five families was almost unimaginably vast and crowded.

“No. Not now. Tonight, after dark. Can you stay here comfortably? Or would you rather come with us to … to my school, which is where I should be now?”

He flew from the table to the open window and perched on the sill for a moment, and then flew out altogether and circled in the air above the quadrangle. Pantalaimon leapt onto the windowsill to watch for him while Lyra searched through the untidy bookshelves for a map of the city.

“Has he gone?” she said over her shoulder.

The daemon flew in and beat his wings inward to slow down and perch on the back of the chair.

“Danger outside and suffocation within,” he said unhappily.

Lyra found the map and turned around.

“A witch from Lake Enara. She said Serafina Pekkala's clan had a good friend in Oxford. Our clan is allied to hers through the birch-oath.”

“And where is Yelena Pazhets, your witch?”

“She's lying sick beyond the Urals, in our homeland.”

Lyra could feel Pan teeming with questions, and she half-closed her eyes in a flicker that she knew he'd see: Don't. Wait. Hush.

“It would be too painful for you to hide in my bag till nightfall,” she said, “so this is what we'll do. I'll leave this window open for you and you can shelter in here, and fly out whenever vou need to. I shall come back at… Can you read the time in our fashion?” 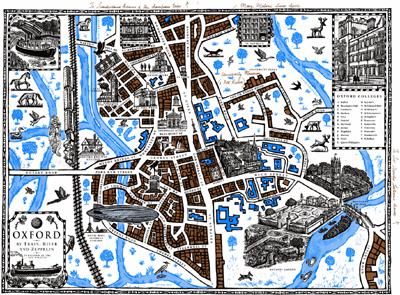 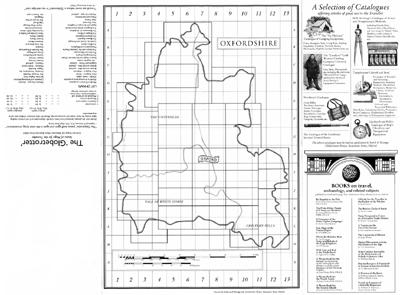 “Yes. We learned at Trollesund.”

“You can see the clock over the hall from here. At half-past eight I shall be in the street outside the tower where you found us. Fly down and meet us there, and we'll take you to Mr. Makepeace.”

They shut the door and hurried down. What she'd said a minute before was true: she should be in school, for dinner at seven was compulsory for all the pupils, and it was already twenty minutes to.

But on the way through the lodge she was struck by a thought, and said to the Porter:

“Mr. Shuter, have you got an Oxford directory?”

“I don't know. Both. One that covers Jericho.”

“What are you looking up?” said the old man, handing her a couple of battered reference books.

The Porter was a friend; he wasn't being nosy.

“Not to my knowledge,” he said.

The Porter sat in his small room, and dealt with visitors and inquiries and students through the window that opened into the lodge. Behind him and out of sight was a rack of pigeonholes for the use of Scholars, and for Lyra too, and as she was running her finger quickly down the list of residents in Jericho she heard a cheery voice from inside.

“Are you after the alchemist, Lyra?”

And Dr. Polstead's ginger face leaned out of the Porter's window, beaming at her curiously.

“The alchemist?” she said.

“The only Makepeace I've ever heard of is a chap called Sebastian,” he said, fumbling with some papers. “Used to be a Scholar of Merton, till he went mad. Don't know how they managed to tell, in that place. He devoted himself to alchemy—in this day and age! Spends his time changing lead into gold, or trying to. You can see him in Bodley, sometimes. Talks to himself— they have to put him outside, but he goes mildly enough. Daemon's a black cat. What are you after him for?”

Lyra had found the name: a house in Juxon Street.

“Miss Parker was telling us about when she was a girl,” she said, with a bright, open candor, “and she said there was a William Makepeace who used to make treacle toffee better than anyone, and I wondered if he was still there somewhere, because I was going to get some for her. I think Miss Parker's the best teacher I ever had,” she went on earnestly, “and she's so pretty too, she's not just dull like most teachers. Maybe I'll make her some toffee myself….”

There was no such person as Miss Parker, and Dr. Polstead had been Lyra's unwilling teacher himself for a difficult six weeks, two or three years before.

“Thank you, Mr. Shuter,” said Lyra, and she laid the books on the shelf before darting out into Turl Street, with Pan at her heels, and made for the Parks and St. Sophia's.

Fifteen minutes later, breathless, she sat down to dinner in the hall, trying to keep her grubby hands from view. It was the way in that college not to use the high table every day; instead, the Scholars were encouraged to sit among the students, and the teachers and older pupils from the school, of whom Lyra was one, did the same. It was a point of good manners not to sit with a clique of the same friends all the time, and it meant that conversation at dinner had to be open and general rather than close and gossipy.

Tonight Lyra found herself sitting between an elderly Scholar, a historian called Miss Greenwood, and a girl at the head of the school, four years older than Lyra was. As they ate their minced lamb and boiled potatoes, Lyra said:

“Miss Greenwood, when did they stop doing alchemy?”

“The people who… I suppose the people who think about things. It used to be part of experimental theology, didn't it?”

“That's right. And in fact the alchemists made many discoveries, about the action of acids and so on. But they had a basic idea about the universe that didn't hold up, and when a better one came along, the structure that kept their ideas in place just fell apart. The people who think about things, as you call them, discovered that chemistry had a stronger and more coherent conceptual framework. It explained things, you see, more fully, more accurately.”

“I don't think there've been any serious alchemists for two hundred and fifty years. Apart from the famous Oxford alchemist.”

“I forget his name. Irony—why do I say that? … He's still alive—an eccentric ex-scholar. You find people like that on the fringes of scholarship—genuinely brilliant, sometimes— but cracked, you know, possessed by some crazy idea that has no basis in reality, but which seems to them to hold the key to understanding the whole cosmos. I've seen it more than once— tragic, really.”

Miss Greenwood's daemon, a marmoset, said from the back of her chair:

“Makepeace. That was his name.”

“Of course! I knew it was ironic.”

“Because he was said to be very violent. There was a court case—manslaughter, I think—he got off, as far as I remember. Years ago. But I mustn't gossip.”

“Lyra,” said the girl on her left, “would you like to come to the Musical Society this evening? There's a recital by Michael Coke—you know, the flautist. …”

The older girl nodded glumly. Small audience expected, thought Lyra, and felt sorry; but there was nothing for it.

At half-past eight she and Pan moved out of the shadow of the Radcliffe Camera's great dome and slipped into the narrow alley, overhung with chestnut trees, that separated Jordan College from Brasenose. It wasn't hard to get out of St. Sophia's School, but those girls who did were severely punished, and Lvra had no wish to get caught. But she was wearing dark clothes and she could run fast, and she and Pan, with their witchlike power of separation, had managed to mislead pursuers before now. 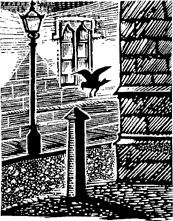 They looked both ways where the alley opened into Turl Street, but there were only three or four people in sight. Before they could step out under the gaslight, there was a rush of wings, and the daemon-bird flew down to perch on the tall wooden bollard that closed the alley to traffic.

“Now,” said Lyra, “I can take you to the house, but then I must go straight back. It'll take about fifteen minutes. I'll walk ahead—you watch and fly after me.”

She made to move away, but the daemon-bird fluttered up and back, and said with great agitation, “No—no—you must make sure it's him—please, wait and see him, make sure!”

“Well, we could knock on the door, I suppose,” said Lyra.

“No—you must come in the house with me and make sure—it's important!”

She felt a little quiver from Pan, and stroked him: hush. They turned into Broad Street and then up past the little oratory of St. Ann Magdalen, where the Cornmarket met the wide tree-lined avenue of St. Giles'. This was the busiest and best-lit part of their journey, and Lyra would have liked to turn left into the maze of little back streets that reached all the way to the alchemist's house; but she and Pan agreed silently that it would be better to stay in St. Giles', where the daemon-bird would have to keep a little distance from them, so that they could talk quietly without his hearing.

“We can't make sure it's him, because we don't know him,” Pan said.

“I thought they might have been lovers, him and the witch. But I don't know what a witch would see in a fusty old alchemist… though maybe if he was a manslaughterer?”

“I never heard of that birch-oath, either.” “That doesn't mean there isn't one. There's a lot of witch-stuff we'll never know.”

They were going past the Grey Friars' Oratory, and through the window there came the sound of a choir singing the responses to an evening rite.

Lyra said quietly, “Where is he now?” “In one of the trees further back. Not close.” “Pan, I don't know if we should—” There was a hasty clap of wings, and the daemon-bird skimmed over their heads to land on the low branch of a plane tree just ahead of them. Someone coming out of the little lane to the left gave a startled exclamation and then passed on.

Lyra slowed down and looked into the window of the bookshop on the corner. Pan sprang to her shoulder and whispered, “Why are we suspicious?” 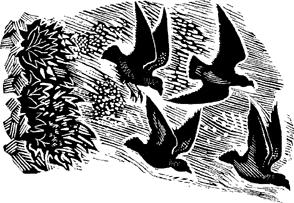 Dreamsnake by Vonda D. McIntyre
Rise the Dark by Michael Koryta
David Trevellyan 03 -More Harm Than Good by Andrew Grant
Boy Nobody by Allen Zadoff
Maggie MacKeever by Our Tabby
River Of Life (Book 3) by Paul Drewitz
6 The Wedding by Melanie Jackson
Murder City: Ciudad Juarez and the Global Economy's New Killing Fields by Charles Bowden
Talking to Girls About Duran Duran: One Young Man's Quest for True Love and a Cooler Haircut by Rob Sheffield
Jailbird by Heather Huffman
Our partner