Man Who Loved Pride and Prejudice 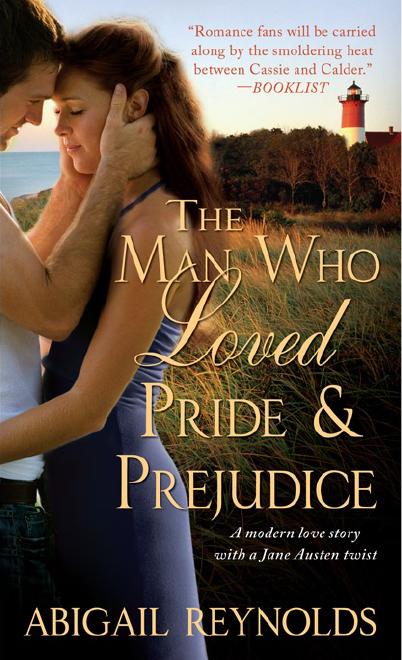 Copyright © 2010 by Abigail Reynolds
Cover and internal design © 2010 by Sourcebooks, Inc.
Cover design by Danielle Fiorella
Cover images © Elizabeth Etienne/Corbis; Sara Gray/Getty Images; Comstock Images
Sourcebooks and the colophon are registered trademarks of Sourcebooks, Inc.
All rights reserved. No part of this book may be reproduced in any form or by any electronic or mechanical means including information storage and retrieval systems—except in the case of brief quotations embodied in critical articles or reviews—without permission in writing from its publisher, Sourcebooks, Inc.
The characters and events portrayed in this book are fictitious or are used fictitiously. Any similarity to real persons, living or dead, is purely coincidental and not intended by the author.
Published by Sourcebooks Casablanca, an imprint of Sourcebooks, Inc.
P.O. Box 4410, Naperville, Illinois 60567–4410
(630) 961–3900
FAX: (630) 961–2168
www.sourcebooks.com

To David, for his constant love, support, and
encouragement

Rebecca, for not saying her mom was nuts, even when
she thought it

Brian, for believing in miracles

and Elaine, for believing in this book, keeping me
going when I was stuck, and uncomplainingly reading
more drafts than I care to remember

Waywalkers: Number 1 in Series by Catherine Webb
The Fear Artist by Timothy Hallinan
When I Was Young and In My Prime by Alayna Munce
Charmed by Koko Brown
Loving Lydia (Atlantic Divide) by Saxon, Diane
Rush of Love by Jennifer Conner
Burn for Me by Shiloh Walker
Ignite: a Billionaire Second Chance romance by Sinclair, Serena
Some Old Lover's Ghost by Judith Lennox
Release by Brenda Rothert
Our partner