When the ceiling sprang a leak,
I stepped aside and dialled a number.
Miraculously, someone else stepped in.

A bum double substitutes the movie star
in the love scenes, but about this understudy
we know next to nothing –
what does he like to eat for breakfast?

The way we have no idea whether the catsuited woman
who back-flips off cliffs in action flicks
is skilled at turning flapjacks sans spatula.

Most cells in the human body are not human
but bacterial, and even these crawlies
may be swapped for a variable
in the mathematical model.

At the bus stop in my dream:
Pinch me
, requests a stranger.

Once, I stood by
as a Heimlich-trained schoolteacher
pressed a grape from my dinner guest’s windpipe
using factory-grade forearms
suitable for modern winemaking.

Her real arms so flimsy
they sat the round out,
like wimps in gym class,
without anyone noticing.

I’ve never choked,
but was once caught swallowing
the last of the expensive cheese.
The wince of my esophagus, my sheepishness
(that urge to pass the buck
one species to the left),

is the nearest experience I can call on
to understand the victim’s bottleneck.
He likes to claim he wasn’t present.

In hindsight, I’m MIA.
Where I should be, cakeside,
in birthday photographs,

Looking ahead, in waiting rooms
where patients play musical chairs,
I glimpse a man whose face is
a wattle-and-daub wall of bandages
with two tiny windows.

It’s easy to let his eyes, whose stillness
is a mystery, be x’s. Though likely he still
has exes, even lovers –

for all I know, he spent the morning trembling
like two bowls of Jell-O atop an actress.

When the rain falls so richly
it is almost flesh-toned,
it is hard to know
what is background and what is person.

As through the warping wall
of a shower stall, the billow of a human form
asserts its minor strengths on a watercolour landscape
before the world ends
three feet later.

Everything tempts the appaloosa eye.
In the photo booth of the weather,
a snail falls for a tape dispenser,
a stag for a candelabra, happy as a clam
with a compact mirror.
The statue is a private encounter.

Is it possible to become so practised
at failure in love that you can do it solo,
like an ocean voyage?

Like a fruit fly dancing spastically
along the lip of a glass of sweetness.

Can the neighbours, caught in their own
dances, see steps of mine too?
The air is a series of windows
stippled with their thoughts.

I rarely swim, but what I crave
is
Blue to Blue
. Each lap lapping
the tidal mind, my letters fed to glass bottles
like miniature sharks
on their way to the moon.

STUDY IN A BATHROOM MIRROR

Not human after all, my mug
more like a volleyball, more like a waning,
swamp tuber dug from peat, scrubbed
and peeled. Little serpent of a lip, pothole eye,
lone pore with a hair pushing up, road-kill nostril.

Signs point to slow-mo crisis or
slow-mo recovery. Erratic on a hillside, glacial sluice
in the valleys, fine lines like skid marks through cream.
Fifty-one: birthday party for a meteorite, pop-bottle island,
microbe foxtrotting on a slide. Will I blend
into the landscape with surprising guile,
or explode like an improvised device?

So it lowers its mug to my palm full of water,
withdraws moistened, mammoth.
Blinks for me a while in the dark.

The italics in ‘Marriage, Early Days’ are taken from Mary Shelley’s
Frankenstein
; the split quote in ‘Anagnorisis with Sex Aid,’ ‘From the far side of the ocean/If I put the wheels in motion,’ is taken from Van Morrison’s song ‘Astral Weeks’; ‘Sonnet for the Uncanny Valley’ is based loosely on text from the RealDoll website:
www.realdoll.com;
and the epigraph that opens ‘Rubber Bride’ is taken from Louise Glück’s poem ‘Ithaca’ from her collection
Meadowlands
.

Early versions of poems in this book were published in the magazines
Grain
,
Riddle Fence
and
Event
– my thanks to the editors. An early version of ‘My Cactus’ appeared on the parliamentary poet laureate website in 2008, under John Steffler’s watch.

The Ontario Arts Council and the Toronto Arts Council generously provided me with much-needed funding to work on this book, while the Banff Centre for the Arts gave me a wonderful place to live and work among friends for a month.

Improbably, the RealDoll company in San Diego invited me to visit their factory to snoop on their production process, and, equally improbably, the University of Toronto gave me funding to make the trip. Thanks to both organizations for their sense of the fantastical.

For their editorial first aid, I am indebted to Michael Nardone, Don McKay, George Elliott Clarke, Linda Besner, Lindsay Zier-Vogel and David Seymour. Thanks especially to Kevin Connolly, whose tenacious and insightful use of the question mark dragged many of these poems back from the brink.

My gratitude to Alana, Evan and the other model human beings at Coach House Books for their elegant work.

My love to Tom Howell, with thanks for the word ‘limpets’ and many others. And infinite gratitude to my family and friends for their aiding and abetting. 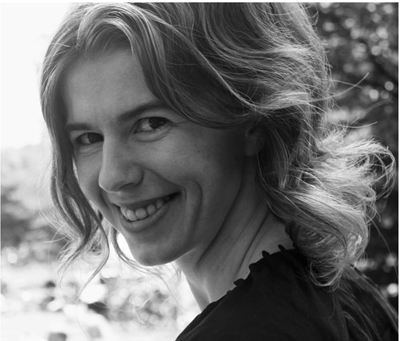 Helen Guri graduated from the University of Toronto’s Creative Writing program, and has taught writing at Humber College. Her work has appeared in many journals, including
Arc, Descant, Event,
The Fiddlehead
and
Grain
.
Match
is her first collection. She lives in Toronto.

The Indian Bride by Karin Fossum
The Promise by Lesley Pearse
Smoke and Mirrors by Marie Treanor
Through the Fire by Shawn Grady
The Slightly Bruised Glory of Cedar B. Hartley by Martine Murray
Here Comes the Night by Linda McDonald
Suzanne Robinson by The Rescue
A Kind of Grief by A. D. Scott
Alice in La La Land by Sophie Lee
A Brand-New Me! by Henry Winkler
Our partner