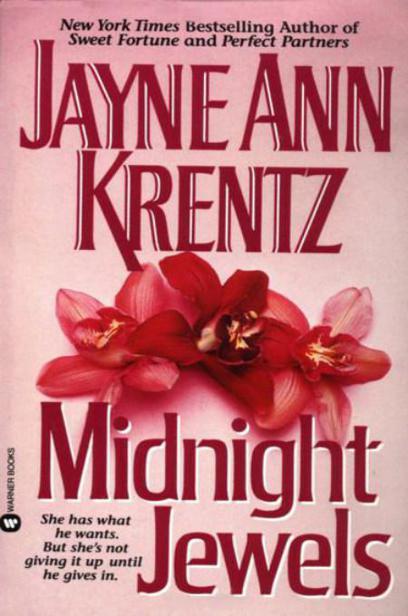 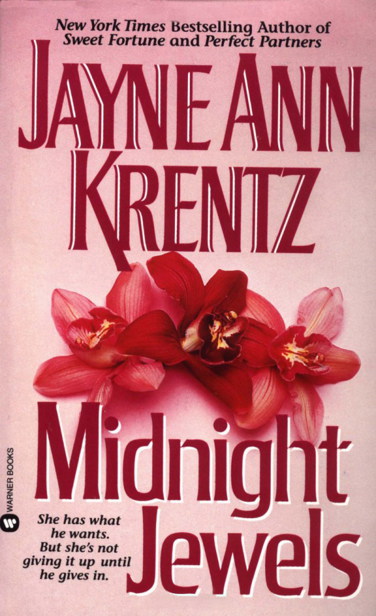 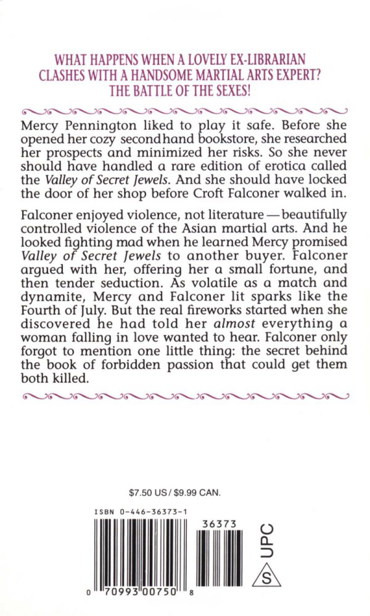 THE QUALITIES THAT MAKE

"FIVE STARS! Like all of the best novelists, Jayne

Croft and Mercy into a heroic couple par excellence."

"THIS PRICELESS GEM OF A BOOK will be a lasting treasure to be enjoyed over and over again… No other author writes with such complete symmetry of plot and characterization.

Every detail, every phase is exquisitely orchestrated to produce an incredible harmony that reverberates in the soul as it sets ablaze a fierce sensuality to scorch the heart of every reader."

1271 Avenue of the Americas

The advertisement on the last page of the bookseller's catalog was small and discreet. Only a knowledgeable collector of rare books would know that the volume offered for sale was a unique example of eighteenth century erotica.

Croft Falconer had already spent a great deal of time studying those tiny four lines but he read the ad once more as if he might somehow find a clue to the remarkable fact of the book's appearance after so many years.

Croft ignored the phone number offered. He didn't have a phone at his house on the coast, just as he didn't have a television, radio or microwave. And, while he could have
driven into town to use a pay phone, he knew that effort would be futile.

He would have to see the book himself to be sure if it was the right one and he wanted to see this Mercy Pennington in person. He had to find out who she was, how much she knew and how she had acquired the volume.

The only thing he was certain of at this point was the most disturbing fact of all: The book should not exist.

Valley
should have been destroyed along with everything else in the fire that had swept through Egan Graves' island fortress three years before. Croft had witnessed that fire firsthand. He had felt its hellish heat, seen the all-consuming flames and heard the shattering screams of its victims.

How could something that should have been eaten by those flames resurface in an insignificant bookseller's catalog? The existence of the book opened a gaping hole in a case Croft thought he had closed for all time. If the book had survived the fire, then Croft had to face another possibility: Its owner, Egan Graves, might have also escaped and survived.

And that meant Croft had failed.

And that trail began with a Miss Mercy Pennington of Ignatius Cove, Washington.

Croft gazed at the dawn-lit Pacific outside his study window and wondered about Miss Mercy Pennington. Before he could come to any conclusions the Rottweiler whined softly behind him. Croft glanced at the heavily built dog. The animal gazed back expectantly.

"You're right, it's time to run," Croft said. "Let's go down to the beach. It's a cinch I'm not going to get any meditation done this morning."

The dog silently accepted the response and padded to the door.

If anyone were to ask him about his affinity for the Rottweiler, Croft would have said simply that he was one of those people who got along well with dogs. In truth, he had much in common with the creature who paced at his heels. The ancient, wild, hunting instincts still ran in the veins of the Rottweiler, even though the animal generally behaved with the good manners acceptable to the civilized world. But under the right provocation, the facade of politeness in both man and dog could vanish in an instant, leaving bare the predator underneath.

Croft slid aside the shoji screen panel and stepped out into the hall. The room on the opposite side of the tiled corridor beckoned. He looked into it, feeling the pull of its stark simplicity. The bleached wood floor, the woven mat and the elegantly austere flower arrangement in the low black ceramic bowl all promised a haven. Croft's period of quiet morning contemplation was as much a part of his daily life as running and the demanding workouts that kept his exceptional martial arts skills well honed.

Croft's rituals were important to him. All of them, from his morning meditation to the cup of perfectly brewed tea he would enjoy later, were part and parcel of his carefully organized, neatly self-contained world. He did not like to forego even the slightest of his chosen routines.

But he had little hope this morning of stilling his mind to the point where he could slip into a meditative trance. Too many questions were swirling in his head; too many dangerous possibilities were materializing.

The morning run would have to do, he decided. He went out through the back door of his beach front cottage, the Rottweiler at his heels.

Croft was wearing only a pair of jeans, and if there had been a woman watching she would have found the subtle shift and glide of his shoulder muscles fascinating. A healthy, trained and controlled power radiated from the man.

But there was no one to see the easy masculine grace with which Croft moved. Croft had never brought a woman to his isolated home on the Oregon coast.

Essex Boy: My Story by Kirk Norcross
Puppet by Eva Wiseman
Long Time Gone by J. A. Jance
In Bed with the Enemy by Kathie DeNosky
Cross of Fire by Forbes, Colin
Graffiti My Soul by Niven Govinden
Among the Mad by Jacqueline Winspear
Alice Through the Plastic Sheet by Robert Shearman
Shantaram by Gregory David Roberts
Wedding on the Baby Ward / Special Care Baby Miracle by Lucy Clark
Our partner