At one point, when they could be alone, the ambassador warned the princess of the worries that beset the husband who awaited her. Yutian had always used jade to pay for China’s silk, but little jade remained in the kingdom.

Lu Shi said nothing, and nothing was revealed by her full-moon face.

And they set off. The caravan accompanying her, thousands of camels, thousands of tinkling bells, crossed the vast desert and reached the border at Yumenguan Pass.

The inspection lasted several days. Not even the princess herself was spared a search.

At last, the nuptial cortege arrived at its destination.

Lu Shi had traveled without saying a word, without so much as a gesture.

She ordered them all to stop at a monastery. There she was bathed and perfumed. To the strains of music she ate, and in silence she slept.

When her king arrived, Lu Shi gave him the mulberry seeds she had hidden in her medicine chest. She then introduced him to three maids from among her servants, who were neither maids nor servants, but experts in the arts of silk making. Then she removed from her head the great headdress made of cinnamon-tree leaves, and parted her long black hair. There lay the eggs of the silkworm.

From China’s point of view, Lu Shi was a traitor to her country of birth.

From Yutian’s point of view, she was a heroine of the country she ruled.

THE EMPEROR WHO DEDICATED HIS LIFE TO BUILDING HIS DEATH

Through blood and fire, he transformed a collection of warring fiefdoms into a nation. He imposed a common language and a common system of weights and measures, and he created a single currency of bronze coins with a hole in the center. To protect his domain he raised the Great Wall, an endless crest of stone that crossed the map and is still, twenty-two hundred years later, the most visited defensive barricade in the world.

But he never lost sleep over such minutiae. The project of his life was his death: his sepulchre, his palace for the afterlife.

Construction began the day he first sat on the throne at the age of thirteen, and year by year the mausoleum grew until it was larger than a city. The army that was to guard it also grew, to more than seven thousand horsemen and infantrymen, their uniforms the color of blood and their armor black. Those clay warriors, modeled by the very best sculptors, were born exempt from aging and incapable of treason. Today, they astonish the world.

The funerary monument was the task of prisoners, who were worked to death and thrown to the desert. The emperor directed even the smallest details and he urged them to work faster and faster. Several times his enemies had tried to kill him. He traveled in disguise and every night he slept in a different house. He was terrified of dying without the great grave he deserved.

The day arrived when the colossal undertaking was finished. The army was complete, the gigantic mausoleum too, and it was a masterpiece. Any change would have insulted its perfection.

Then, when the emperor was about to complete half a century of living, death came for him and he let himself go.

The great theater was ready, the curtain rose, the performance was about to begin. He could not possibly fail to show up. It was an opera composed for solo voice.

A couple of centuries ago, Li Ju-chen invented an upside-down China. His novel,
The Flowers in the Mirror,
took place in a country of women, where women ruled.

In the story, she was he, and he, she. The men, sentenced to pleasing women, were obliged to perform a great variety of services. Among other humiliations, they had to accept having their feet atrophied.

No one took seriously that flight of fancy. And things continued as before, with men binding female feet until they turned into something like the hooves of goats.

For over a thousand years, until well into the twentieth century, the canons of beauty would not allow a girl’s foot to grow. The first version of Cinderella, written in ninth-century China, gave literary form to the male fetish for the diminutive female foot, and at the same time, give or take a year, the custom of binding daughters’ feet from infancy took root.

It was about more than aesthetic ideals. Bound feet also bind: they were shields of virtue. By preventing women from walking freely, they foiled any indecent escapades that might have put the family honor at risk.

Yang Huanyi, whose feet were crippled in infancy, stumbled through life until the autumn of the year 2004, when she died just shy of her hundredth birthday.

She was the last to know Nushu, the secret language of Chinese women.

This female code dated from ancient times. Barred from male language, which they could not write, women founded a clandestine one, out of men’s reach. Fated to be illiterate, they invented an alphabet of symbols that masqueraded as decorations and was indecipherable to the eyes of their masters.

Women sketched their words on garments and fans. The hands that embroidered were not free. The symbols were. 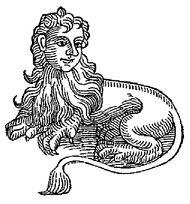 In the most ancient of nights, they lay together for the very first time, woman and man. Then he heard a threatening rumble in her body, a gnashing of teeth between her legs, and fear cut short their embrace.

In more than thirty countries, tradition insists the clitoris be severed.

That slash confirms the husband’s right of property over his woman or his women.

The mutilators call this crime against female pleasure “purification,” and they explain that the clitoris

is a poison dart
is a scorpion’s tail
is a termites’ nest
kills men or makes them ill
excites women
poisons their milk
and makes them insatiable
and crazy as can be.

To justify mutilation, they cite the Prophet Mohammed, who never spoke of this matter, and the Koran, which does not mention it either.

Gútapa spent his life drowsing in a hammock, while his wife, who had not even a name, scratched his head, waved away mosquitoes, and fed him with a spoon. Once in a while, he would get up and give her a good beating, to keep her in line and himself in shape.

When the woman fled, Gútapa went looking for her in the deep gorges of the Amazon, pounding a club on every possible hiding place. With all his heart and soul, he struck a mighty blow in one spot, unaware that therein lay a wasps’ nest.

The wasps, a furious whirlwind, stung him a thousand times on the knee.

The knee swelled up and kept on swelling, moon after moon, until it was the size of a huge balloon. Inside, many tiny men and women began to take form and move about, weaving baskets, stringing necklaces, and carving arrows and blowguns.

Under the ninth moon, Gútapa gave birth. From his knee were born the first Tikunas, welcomed with great huzzahs by the blue-winged, red-lored, and grape-eating parrots, and other commentators.