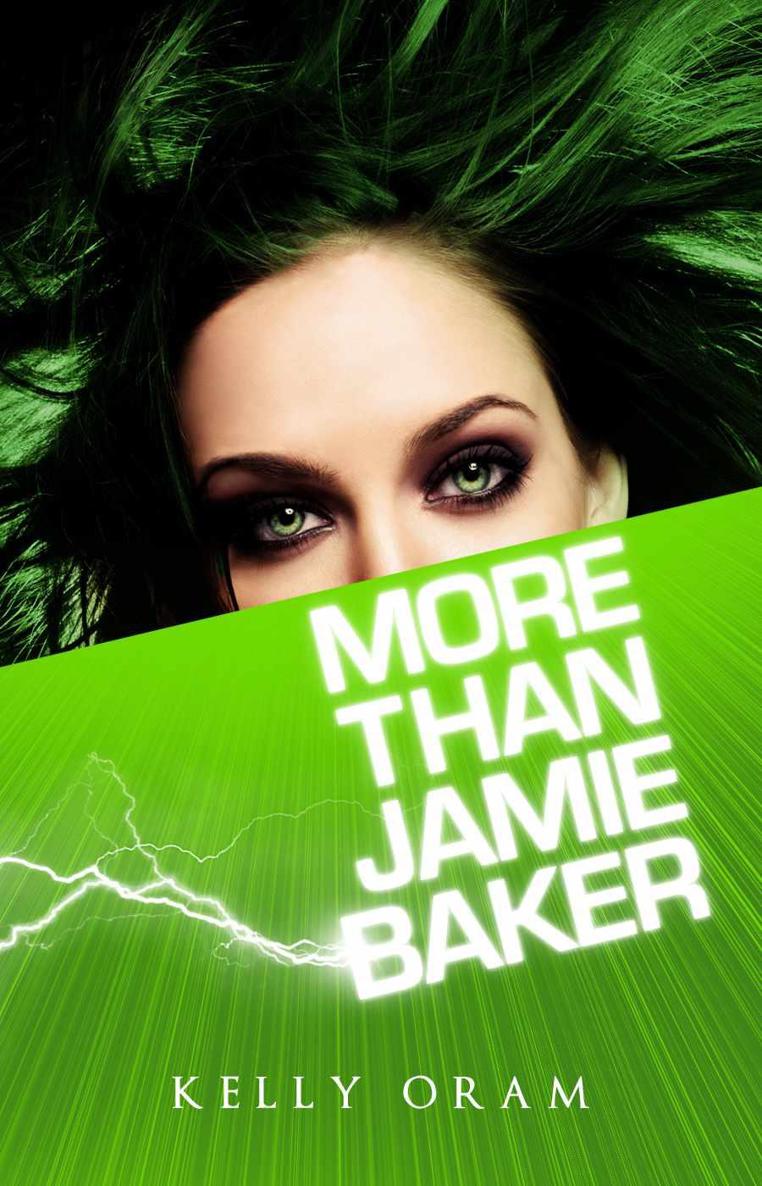 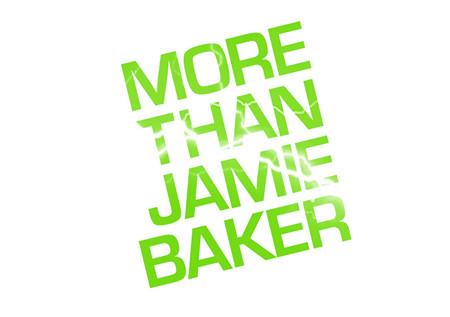 V is for Virgin

For all the Jamie and Ryan fans out there.

Without your encouragement, this book wouldn’t have been written. Thank you!

Hello, my name is Jamie Baker
—and I am not a superhero.

I repeat: I am
not
a superhero.

Sure, I may have more in common with your friendly neighborhood Spiderman than, say, anyone else on the entire planet, but having superpowers doesn’t make you a hero. Superheroes use their powers for the good of mankind. I only use mine to score excellent takeout and eavesdrop on entertaining conversations.

Oh, I tried to do the right thing once. I saved a guy’s life, even. But in the end, all that got me was a bruised up shoulder and a lot of unwanted attention from an obsessed scientist who nearly killed my boyfriend. So yeah, that was the end of my superhero career. At least, it
was
—until I was involved in the third accident of my life. Well, I should say I
wasn’t
involved this time, but for me that’s basically the same thing.

Oddly enough, this story starts with Mike Driscoll, the same moron who started all the trouble last time when he bet my now-boyfriend, Ryan Miller, that he couldn’t get the school outcast—me—to kiss him.

Granted, that bet turned out to be the best thing that has ever happened to me. Not that I’d ever admit that to Mike, because for all the joy he has indirectly caused in my life, he is also directly responsible for all of my best friend’s pain and suffering—pain and suffering we were coincidently talking about when we ran into the jerk a couple of weeks into our first semester of college.

“I can’t believe I let you talk me into this.” Becky tugged on the hem of her skirt as if she could magically make it grow another six inches in length.

“Beck, we’ve been over this a million times. Cheering is in your blood. You’d be miserable if you didn’t do it.”

“But you said you would do it with me.”

“That was before I decided to go pre-law. There’s no way I’ll have the time for cheering with as much reading as I’m going to have.”

This wasn’t exactly true. You know that bit about superspeed? Yeah, it
so
works with reading. Can we say
awesome
? The not-awesome part about it is that I have to keep up the pretense of being normal, which means that Becky has to think I’m still spending all my time studying.

“Everybody’s looking at me,” Becky whined, giving her skirt another tug.

“As they should be. You look hot in that outfit! In fact, maybe we should use this opportunity to land you a date tonight.”

I held my breath as I waited for Becky’s response to my statement. Just about a year ago, she’d gone to homecoming with Mike Driscoll and he’d taken advantage of her after the dance in the worst possible way. She hadn’t been on a date since then, but I knew she was ready to move on. She just needed a little push.

She rolled her eyes as if I were being ridiculous, but she couldn’t quite hide the light tremble in her voice when she said, “A date? You sound like my therapist.”

“Really? Your doctor must be a genius.”

“Seriously, Becky, it’s time to put yourself out there again. You’re ready.”

Becky let out a long, heavy sigh. “I don’t know. Sometimes I think I want to, but then I try to talk to some of the guys on the team and I freak out.” She sounded sad, defeated. “Maybe I’ll never be ready.”

“Maybe you’re just looking at it from the wrong perspective,” I said. “What if instead of talking to football players we find you a nice, lovable, nonthreatening geek?”

I scanned the quad and found what I was looking for leaning against the side of the admin building. “Someone like him, for example. I mean, look at that guy. You could totally take him if he tried anything.”

“Jamie!” Becky gasped, horrified. “Don’t
point
at him!” She practically ripped my arm off trying to remove the offending finger. “Oh my gosh, he saw you! He’s…is he laughing at us?”

I looked over and, sure enough, he was laughing at us. Well, and why not? Becky was only
spazzing out
.

“What? It’s fine,” I said. “So what if he knows we’re talking about him? He’s probably flattered that a couple of girls like us are checking him out. Look—he’s kind of adorable. Let’s go ask him out. What guy could say no to a college girl in a cheer skirt?”

I turned in the direction of the guy in question and Becky went into full panic mode. “No! Wait!” she pleaded, grinding her feet into the ground. “Please don’t. I can’t!”

She wasn’t kidding. Her heart rate had skyrocketed and she was starting to sweat.

I was torn between feeling bad for her and wanting to kill the jerk responsible for making her this way.

Becky misunderstood my frown and got defensive. “It’s a statistical fact that one out of every four girls will be sexually assaulted in college,” she said. “One out of eight, raped.”

I was familiar with the statistics. “I know,” I said gently. “But it’s also true that ninety percent of all campus rapes occur while the victim is under the influence of drugs or alcohol. You don’t drink anymore. Nor do you do drugs. You also know all the party safety rules, you carry mace with you everywhere, and we took self-defense classes all summer long. There is no way it will ever happen to you again. You know it won’t. That’s why we’ve been doing all of this.”

Becky didn’t argue because she knew I was right. She’d loved the self-defense classes and spent the entire summer telling me how much stronger and safer they made her feel.

“I know it’s scary getting back out there for the first time,” I said. “Remember that I’ve been exactly where you are.” I smiled and nudged her with my elbow. “Except I didn’t have an awesome best friend willing to kill anyone who looked at me wrong.”

Becky couldn’t hold her pout. The twitch of her lips gave away her amusement. She knew she was busted, so she said, “If I
do
start dating again, you aren’t allowed to scare off anyone unless I give you permission first.”

I grinned. “No promises.”

Becky gave me a dry look, but she finally cracked a smile. I was happy to see it. It was proof that she really was ready. “I’ve got your back,” I said. “You’re not in this alone. And I’m telling you, you should start by asking out Mr. Adorkable over there. He looks like the kind of guy that would hero worship his hot cheerleader girlfriend. You know, geeky-but-cute? He’d probably treat you like a princess—and come on—with dimples like those, how could you refuse?”

We reached the edge of campus and headed toward the main intersection that separated the school from the football stadium. Becky squinted at the boy across the quad and asked, “Dimples? How can you possibly see them?”

Oops. I’m usually so cautious about not spilling the beans about my abilities, but ever since Ryan discovered them I’ve spent a lot more time being myself. It’s making me careless.

I’m a little worried about rooming with Becky. My parents suggested I get a single room, but Becky needed me and I couldn’t bail on her. I’m just going to have to be more careful. Or tell her. Honestly, that’s a possibility I’ve been thinking about a lot.

It’s been drilled into me since the day I realized I was different that rule number one is: do not tell people about your superpowers. Not just from my parents. Watch any superhero movie. Read any comic book. Secret keeping is Superhero Safety 101.

But Ryan knows about me and that’s turned out okay. Well, except for that one time when someone almost killed him in order to get to me. But come on. How often can supervillains really plague your life?

Instead of explaining my excellent eyesight, I gave Becky a dismissive shrug. I might want to tell her about me, but right before her first appearance as a college cheerleader was not the time to drop that kind of bomb on her.

“Maybe the dimples were more noticeable when he was laughing. So adorable, though. He’s still watching us. Let’s go say hi. We can just talk to him. Baby steps. You don’t have to ask him out unless you feel comfortable, and even then we can invite him to some kind of group thing. You know, the whole he’d-be-there-and-you’d-be-there-but-it-wouldn’t-really-be-a-date thing.”

I tugged on Becky’s arm and she actually managed a few steps before putting on the breaks this time.

Any Minute Now by Eric Van Lustbader
French Leave by Anna Gavalda
The Diary of William Shakespeare, Gentleman by Jackie French
A Little Too Hot by Lisa Desrochers
Bargain With the Beast by April Andrews
Chasing the Stars by Malorie Blackman
Battle Story by Chris Brown
La sexta vía by Patricio Sturlese
Triple treat by Boswell, Barbara
Water: For Health, For Healing, For Life by Batmanghelidj, F.
Our partner