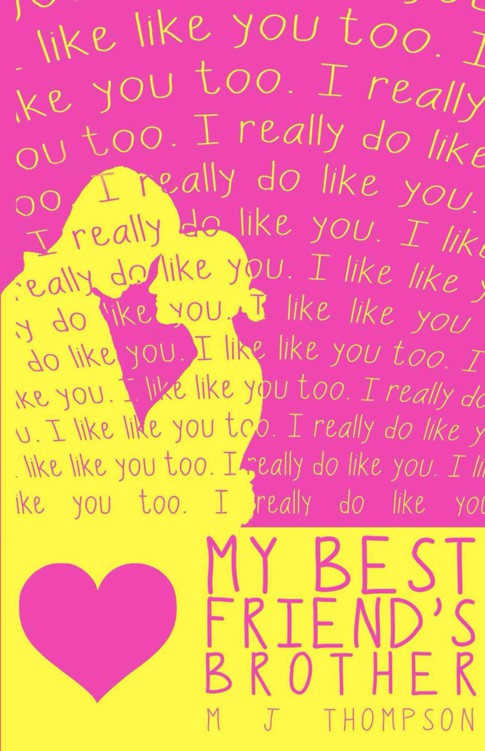 Please feel free to send me an email. Just know that these emails are filtered by my publisher. Good news is always welcome.

You might also want to check my blog for Updates and interesting info.

All Rights reserved under International and Pan-American Copyright
Conventions. By payment of required fees you have been granted the non-exclusive, non-transferable right to access and read the text of this book. No part of this text may be reproduced, transmitted, downloaded, decompiled, reverse-engineered or stored in or introduced into any information storage and retrieval system, in any form or by any means, whether electronic or mechanical, now known, hereinafter invented, without express written permission of BLVNP Inc. For more information contact BLVNP Inc. The publisher does not have any control over and does not assume any responsibility for author or third-party websites or their content. This book is a work of fiction. The characters, incidents and dialogue are drawn from the author’s imagination and are not to be construed as real. While reference might be made to actual historical events or existing locations, the names, characters, places and incidents are either products of the author's imagination or are used fictitiously, and any resemblance to actual persons living or dead, business establishments, events or locales is entirely coincidental.

Please don’t be stupid and kill yourself. This book is a work of FICTION.
It is fiction and not to be confused with reality. Neither the author nor the publisher or its associates assume any responsibility for any loss, injury, death or legal consequences resulting from acting on the contents in this book. The authors opinions are not to be construed as the opinions of the publisher. The material in this book is for entertainment purposes ONLY. Enjoy.

Chapter five: Always end a long day with a secret

Chapter six: You do?

Chapter twelve: I love the beach

Chapter eighteen: Begging on your knees

Chapter twenty-two: Are you happy?

Chapter twenty-four: The come on

My name is Hope and I am seventeen years old, turning eighteen in a few weeks. I live with my parents and my older brother Ricky (when he is not at college). I have a much older sister Kira too, but she is married and lives a few towns over.

I would often spend time and holidays at Kira's house because my parents traveled a lot and never wanted their kids around spoiling their fun.

My brother would spend time here too, that is when he is not at his college buddies place or at college.

I sometimes wonder why our parents even had us.

I don't think I've ever had a conversation with more than four words that wasn't about them going away or me and Ricky going to Kira's house.

Ricky was three years older than me and was off at college studying electronics or something.

He said he wanted to be an inventor ha! Yeah right.

Kira was thirty and happily married with no children but one on the way.

Mum and dad had Kira while in high school, that is why there is such a big age gap.

Kira always said she wished we were around when she was growing up, because it was very lonely and would of like a sibling to hang out and play with.

Today was the day my parents were going away again and they weren't coming back for two months.

Come on I mean who leaves their children for two months, what a joke!

So yet again I was going to Kira's house.

But I didn't mind, because my best friend Heather lived near her.

We have been friends since we were little kids.

Until recently she was staying at her aunts, so she could go to a good school.

But her parents decided she would be better finishing her last couple of years closer to home before she 'flew the coup' so to speak.

This was going to be the first time I had seen her in several weeks, which is surprising because: one because my parents never usually spend so much time at home without a break at my sister and two because me and Heather haven't really spend more than a week apart since we met.

Even when she went to visit her parents she would either come back after a short time to visit me or when I was younger I used to go to her parents a lot.

But for the last few years I had been avoiding her parents house.

Usually when I knew her older brothers weren't there.

Heather had two older brothers and one younger.

The younger was nice enough and didn't really bother us, spending most of his time with his friends on video games.

But her older brothers loved to tease and bully the two of us.

Heather used to take it in jest, but I would take it more to heart, not that that even stopped them though.

But it was lucky the last couple of years that I haven't seen them since they were both away at college.

And when they visited I made sure I wasn't around.

Heather always told me the reason they do it so much is because I react and that if I didn't they wouldn't bother with me so much.

But try not reacting when someone pours a bucket of hot sauce over your head.

I swear, I couldn't open my eyes and my all skin burned.

I had to go to the hospital to get them seen too.

Their parents punished them for that, but it didn't stop them. They just became better at hiding them.

My brother had spoken to the two about it and for a few weeks it seemed to work and the three would hang out together.

But when my brother wasn't around they would strike.

In the end I just avoided the house when they were around.

Heather would often say that they were asking after me and asking why I didn't go around anymore, but I just ignored it.