Read My Heart for Yours Online

My Heart for Yours 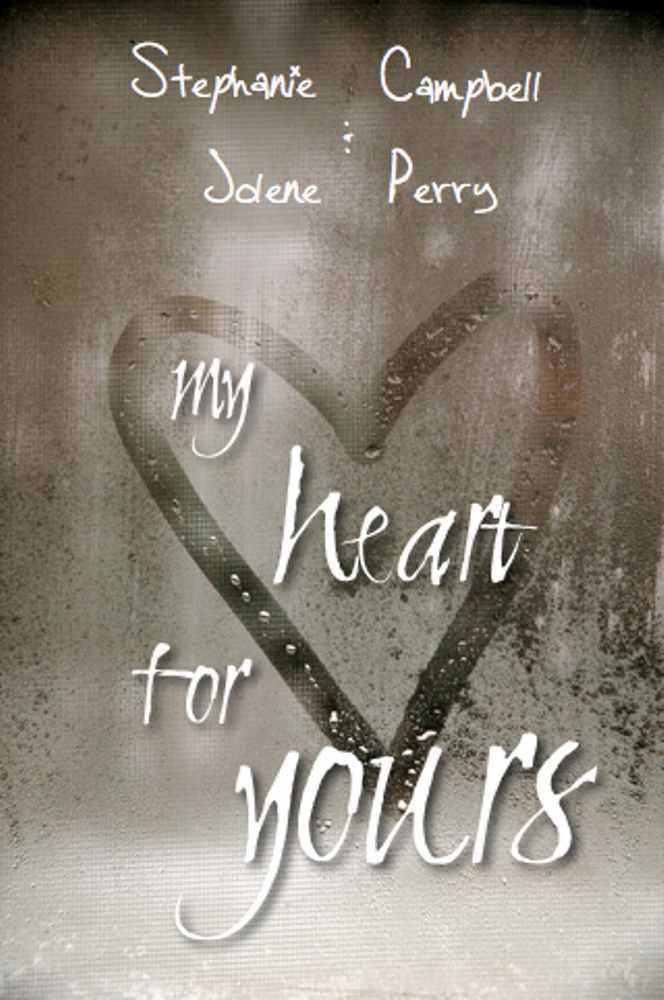 My
H
eart for
Y
ours

To the doctors and nurses of the CICU at Children’s Hospital, New Orleans,

To my best friend from middle school – I wish this had been your happy ending.

I should have started writing a long time ago. But everything got mixed up. Confused.

I think I heard this somewhere so it feels like a safe thing to write for my first real page.

I’m still not sure if I’ll have the guts to continue, but maybe I want to, and maybe that’s all that counts.

The sea between opposite shores

The sides are opposite

Only that the sides are sides.

The sea separates them

It’s the body that binds them.

“
Tobin, how are you feeling son?” I flinch as Pastor Mike claps me on the back.

I
force a small smile and a nod. I can’t manage much else.

Well, numb alternating with feeling like my insides are being shredded. But who wants to hear that? No one. Not even Pastor Mike. People don’t want the truth when they ask how you’re doing after you lost your brother.

I want to hate him for what he did. Leaving us. It’s not right. He’s gone and I’m stuck here in this fucking funeral home, staring at his casket. There’s no way out. Not for me, and certainly not for him. The casket is closed. Bolted shut for eternity. No one forced him to be a
Jackass
wannabe, though.

I try to avoid eye contact as I make my way through the foyer. Most of these people are strangers, but I know that they know who
I
am. When I pass the casket display room, I fight the small twitch of an inappropriate smile. Eamon once hooked up with a girl in there. Classy, right? That was Eamon, though. He could score anywhere and anytime. He was wild, for sure. He’d stay at Carl’s playing pool all night and somehow, make it in to work every morning at the oil refinery by five AM, without fail. Never late. Never sick. Work hard and play hard was his motto.

We had some crazy times, he and I, but it wasn’t all like that. He taught me how to fish when I was a kid at Coulee de Salle. It would later become our meeting place when shit hit the fan when we got older. I wonder if I’ll ever be able to go back there. He taught me about women. Well, he’d like to think he did at least. I figured out a few things on my own. He taught me to fight, to defend myself, to stand up for what I believe in, and protect the people that I love. I thanked him for that lesson after that weekend in New Orleans when some guy put his hands on Delia and I had to tear him apart.

He slipped me my first beer and always covered for me when I’d had one too many, or when I’d snuck out to meet up with Delia at the boat launch. Shit, I’d gotten to a point where I’d managed to stop thinking about her everyday. I wish she’d stop invading my thoughts right now. I can’t handle that on top of everything else.

Eamon had a completely different side to him too. He showed up for church every Sunday morning, ate supper with us every night and would protect my Mama to the death. It’s just that he had that other motto.
“I’m not getting old!”
he’d say and I’d always laugh it off. He was my older brother. Untouchable. I never imagined he actually meant it.

I swear I passed a small kitchen or something earlier. I’m not hungry, but hopefully I’ll find some peace and quiet. It takes an immeasurable amount of effort to make it down the dark hallway. I run my fingers along the thick, fabric wallpaper to steady myself. Putting one foot in front of another feels like learning to walk all over again. My body’s still working. Heart’s still beating. Lungs still moving. But not because I want them to. They do those things on their own, without me even asking. So why didn’t they do it for Eamon? How could his body just give up on him like that? Fall apart. It made him seem so fragile, and I don’t want to remember him that way. He was the strongest guy I knew. How could he break so easily? It seems like our bodies would be built better. It just doesn’t fucking seem real.

I push through the double swinging doors into the kitchenette and immediately regret it. Huddled in the corner, Dad and Mom glance up at me but don’t say anything. I contemplate backing out of the room. I guess that’d make me look like a total asshole, though.

My mom’s in a wheelchair, not because she’s injured, but she’s been hooked up to a constant sedative drip since
it
happened. I don’t know what’s going to happen when the doctors take her off of that thing. Will the grief hit her all at once? Flood over her like she’s drowning? Or will she feel numb like I do now? Is she just prolonging the misery of feeling like the rest of us do?

“
Hey, Pops, Mom,” I say. I kiss her on top of the head before taking a seat at the retro looking laminate table.

I inhale deeply and hold it. Every time I do this lately, I feel like I need to see how long I can hold it. See if I can understand how Eamon must have felt. But I know nothing would make me understand that kind of agony. The fear. Did he know he was taking his last breath when he gasped that last time?

“
Tell me, Tobin,” Mom repeats. I know what she’s asking, and it’s exactly why I don’t want to answer. She wants me to repeat the story of how I found Eamon. I’ve been forced to relieve this shit for a week now. I don’t know why she wants to hear it again. Maybe because she has the luxury of drugs to keep her from feeling, but it’s not fair to me.

“
Tobin,” Dad says. I glance up and he nods at me, encouraging me on. I can’t believe this.
He was my brother!
I want to scream.

I finally let the breath out and feel the relief course through me. Eamon never felt that relief. Maybe I deserve to have to retell this story. At least I get to be alive, right?

“
I don’t know how it happened, Ma. I only know how I found him. He was out there with Traive and Leslie.” I don’t tell her that what they were really doing. How stupid he had been. “They said he had his back turned. He must’ve not heard it somehow. When I got there, the medics were already working on him, Ma. They did everything they could. I’m sorry.” This is a lie. There was nothing left to work on. There’s a reason for the closed casket.

Mom doesn’t respond. She never does. I don’t know which is sadder. Mom’s emotionless glare or Dad’s constant reassurance—like he’s doing it for her sake, not to keep himself together. I don’t think I’ve seen either one of them cry yet. I wonder when that will come.

“
I need to get some air,” I say. No one acknowledges me.

I make my way toward the entrance, weaving through a thick sea of black clothing. It’s even more crowded in here than just a few minutes ago. I know for a fact not all of these people knew Eamon. But small towns like Crawford, Louisiana are like that. Even if you didn’t know someone personally, you knew someone who did. You served their coffee on Saturday mornings, or they take the offering at Church on Sundays. When your hometown’s main claim to fame is being the “Rice Capital of the World,” everyone knows everyone. So that’s who is here—
everyone
.

A thin, polished woman walks in. She sticks out immediately in her expensive looking navy dress, shiny bag and shoes that probably cost more than I make in a month. My breath leaves me when I see that her arm is draped around a younger version of herself. That hair, it’s pulled back way too tight now, but I’d run my hands through it a thousand times before. That face, now in a layer of makeup that makes her look older than I remember, I’d held it in my calloused hands and kissed those lips goodbye over a year ago. She said she’d never see me again and I’d learned to accept that. She destroyed me, and I’d moved on.

No. Not her. She’s not from here anymore. I don’t know who that person is anymore.

His light blue eyes hit me just like they always have. They go through me, strip me bare, and form a knot in my stomach that’s impossible to ignore. How can just being in the room with someone do this to me? He’s just a guy. But as I take in his face, a year older, strained with sadness, he’s so much more. I was right to be terrified on the long drive.

La paciencia de la araña by Andrea Camilleri
Fraud by David Rakoff
Bethany's Rite by Eve Jameson
Anatomy of Melancholy and Other Poems by Robert Wrigley
World and Town by Gish Jen
Time Rovers 03 Madman's Dance by Jana G Oliver
The Cowboy and the Angel by T. J. Kline
Sacred Trust by Roxanne Barbour
In the Penal Colony by Kafka, Franz
I Am Yours (Heartbeat #3) by Sullivan, Faith
Our partner