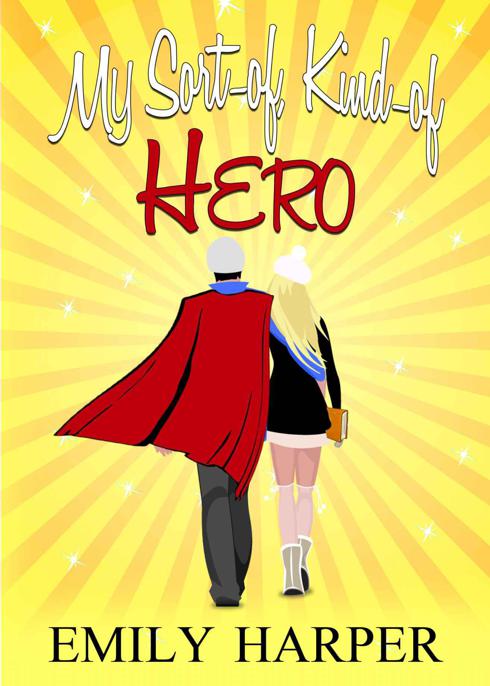 “She really knows how to create uberfun, easy to read stories with characters that will make you laugh out loud”
This Chick Reads

“With humor, romance and a great story that flowed flawlessly this is a debut not to be missed”
Mrs. Mommy Booknerd

“It's a book I could easily see becoming a fun summer movie, filled with lots of fantastic shoes”
Readers’ Favorite Reviews

“A tragicomic novel about lies, deception and colour-coded pens”
She Loves to Read

“Its quirkiness, well thought-out endearing characters and the backdrop of an Inn drew me in straight away”
Cosmochicklitan

To David, who had fried chicken in his pocket on our first date. You showed me love is more than flowers, chocolates, and saying all the right things.

I love you more.

Publishing a book is not an easy feat, but it’s one that has always been my biggest dream. These are the people that make that dream possible. First to my editor and friend, Emily Ferko, thank you for always knowing what I’m trying to say, even when I don’t. I’m so grateful to my family and friends who support me in all of my endeavors, no matter how crazy they seem. And finally, to those of you reading this book, thank you for making my dreams come true.

She looked at the mass of rumpled sheets beside her and frowned; something was wrong. She tried to quiet her breathing, but the panic caused a pounding in her ears.

She expected this, so why was she so surprised?

Scrambling to stand up, she wrapped herself up in the thick duvet and ran into the main room of the cabin. The fire had died down but the remnants were still crackling in the hearth. She flushed with memories of the desire that had licked through her veins the night before in front of that very fire. Shaking her head in order to clear her mind, she looked to the door and saw that his boots were missing and his coat was gone.

Quickly, she ran to the door and flung it upon, unconcerned with the biting cold that snapped its teeth at her exposed flesh.

“
So, when you invite someone to have coffee with you, do you normally sit there and write the whole time?”

I look up with wide eyes. To be honest, I forgot he was sitting there.

She couldn’t stay out in the cold for very long, but needed at least another minute. He wouldn’t leave like that; not without saying goodbye.

“Well, not to rush your artistic breakthrough here, but I have to be back at work in fifteen minutes,” Travis breaks into my thoughts again.

It’s just so typical. I’ve had writer’s block for days now− I literally couldn’t write a coherent sentence− then about a minute before Travis walks through the door it’s like the sea parted and Moses was on the other side looking relieved and waving at me.

It’s pretty depressing when your mental metaphors are better than the crap you managed to put on paper that week.

They say when you have writer’s block you should clear your mind and the ‘inspiration’ will just come. But my mind doesn’t go blank, and I’ve spent the last three hours staring at the wall and wondering if you want French toast in France, do you ask for French toast, or just toast?

And now, because I’ve thought about it so much, I actually care what the answer is. Obviously not one of my better days.

And now Travis is here for our meeting, sitting across from me at the small bistro table, constantly checking his watch.

You know, I bet Julie Garwood doesn’t have these problems. People understand that when her pen touches paper an invisible ‘Do Not Disturb’ sign is hung on her forehead.

The only thing on my forehead is bangs that were clearly a mistake.

Mainly because I thought I could cut them myself.

Travis is staring at me, idly bouncing his leg, and I’m torn between closing my notebook and being polite, or pretending I didn’t hear him.

I’ve known Travis… well I can’t remember a time I
didn’t
know him, so we’ll just call it a long time. He grew up in the subsidized apartment building a few blocks from our typical suburban house. He was a little…
rough…
growing up. My brother, Scott, brought him home one day, almost like you would a stray cat, and from that day forward it was like my mother had three children instead of two. Except Travis never lived with us; he went home every night to an apartment with a mother who just didn’t care about her own son. I used to think that maybe if my parents hadn’t looked after Travis growing up, his own mother would have stepped up, but I think they just saved him from the inevitable.

“You haven’t even got a drink yet,” I volunteer a solution. “And I wouldn’t mind a refill.”

His eyes take me in, probably assessing my stubbornness, which has always been a vital part of my personality, before he sighs and stands up.

Momentarily distracted from my creative breakthrough, I watch Travis as he goes to order his coffee; my writer’s eye assesses him in an instant, turning him into a character from one of my books for a moment. It’s a habit I don’t ever seem to be able to turn off. It’s actually a bit annoying really− especially when I’ve been trying to write my
actual
leading hero for the last few days, and all I’ve come up with is he has long hair.

Something tells me I’m going to need to give a few more details in the character description.

Travis is still wearing his winter hat but I can see the mop of black hair curling out from beneath it. His eyes are brown− just plain old brown. He’s smiling at the barista, the dimple on the one side of his cheek ever present. He obviously has been spending time outside, as I can see the snowflakes have left their mark on his down filled vest, a flimsy plaid shirt underneath. Travis is the only person I know who wears only a vest in the middle of a Toronto winter. He always complains he is too hot. I don’t leave the house without my fur lined boots and a Parka.

I would make him the best friend, I decide. I mean, I know that he’s always been my brother’s best friend, so I am slightly biased here, but he’s just not how I picture my leading man. Though God knows enough girls seem to fall all over themselves to get to him. It’s kind of tragic, really. And he has the physique for the ‘leading man’ for sure; his upper body is built from all his visits to the gym. But he’s just too genuine. Not enough mystique there to be a smouldering hero.

Scanning the distant mountains her eyes freeze on the Northern hills. On the shadowed mountain range, way off in the distance, she could see the sight that her eyes had been searching for.

There, on top of the highest peak, he sat on his horse. The beautiful animal turned, its head pointing to the rising sun, supporting its rider. Although it seemed too far, she felt his penetrating gaze as it pierced right to her soul.

My pen stops and I bite the side of my cheek. And then what? She sees him, he sees her…

I look around and see Travis is still talking to the woman making his coffee. She’s blushing and hanging on his every word. I could use this.

She’s obviously goggling over him, prolonging the coffee making process so that he will keep talking to her. Everyone seems to be a sucker for that dimple. If he suddenly left and walked away, what would she feel? What would she do?

She’d probably wonder if she should keep making the coffee.

No− that’s only because I’ve known him my whole life and don’t get the fascination women have with him. To me, he’s Travis, the boy who always pulls my hair and fidgets when I talk about sex.

But to this woman he could look like Mr. Darcy; he’s got the hair for it.

From that giggle and blank look in her eyes, however, she’s definitely not capable of pulling off Elizabeth Bennet.

Maybe Bella and Edward. She doesn’t know anything about him and she’s already smitten. Also, she keeps dropping everything. She’d be
perfect
as Bella.

She raised her hand, just to feel the connection, to feel that it was all real. But he was too far. The connection was slowly slipping out of her grasp - the wind carrying it to someplace beyond.

I puff out my cheeks and tap my pen to my lips. Think… Think…

Okay, he’s on the hill. She can’t get near him. He’s leaving forever…

She watched as he reared his horse before turning and disappearing into the horizon. Lowering her hand she lifted her chin; watching, waiting, even though she knew the efforts were futile.

The table suddenly lurches from underneath me and my pen slides off the page. I look up to Travis, who has his hands raised in defence.

“Sorry, my foot kicked the table leg,” he looks apologetic.

I look back down at my notebook and write the final words.

Into the howling wind she sighed and whispered the words that she hoped would find their way home. “Come back to me.”

“Okay, let’s do this thing,” Travis says as I finally put down my pen.

“Okay, so I have all the food organized,” I say, meeting his eyes again. “And you did the guest list, right?”

“Pretty much. I just did it on Facebook,” he shrugs. “And your parents are okay with it being at their house?”

“I had to talk them into it, but I told them that thirty year olds don’t make a mess like eighteen year olds do,” I say, taking a sip of the drink Travis bought me.

He winces. “Yeah, I guess Scott and I got a little out of control that night. Man, it took us forever to save up the money to fix the broken windows.”

I swallow my drink and frown at him. “Did you get me hot chocolate?”

“It’s your favourite,” he says, smiling.

“It was when I was five. Now I prefer coffee like the rest of the adult world.”

“What happened to little Etty Lawrence? You remember: girl with the little blond curly pigtails, always trying to keep up with her big brother and his sexy best friend?”

“You’re only three years older than me! You saw me go to prom, you saw me graduate university. And plus, it would be creepy for a thirty year old man to be taking a little girl out for drinks on a regular basis.”