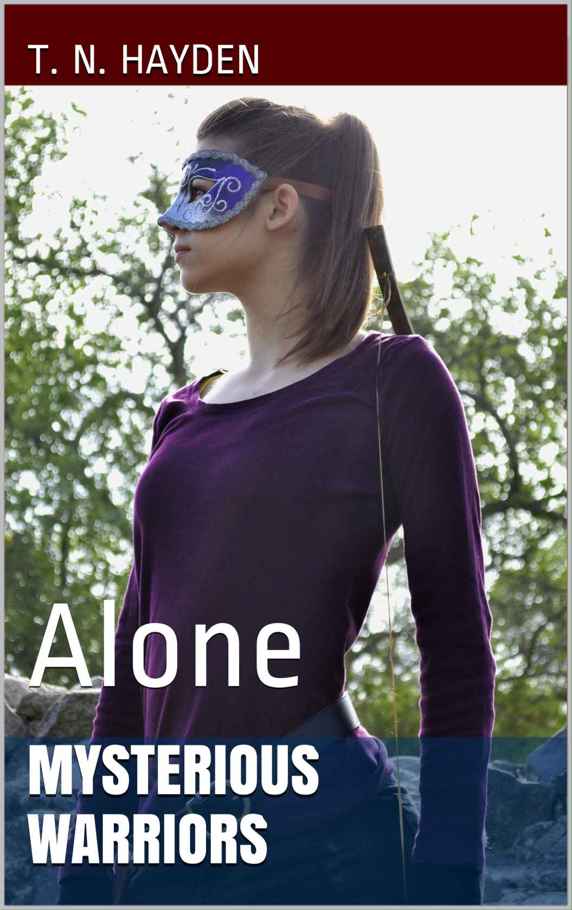 “As it is written: ‘No eye has seen, no ear has heard, no mind has conceived what God has prepared for those who love him.’”

Thank you so much for all the support you’ve given me!

Fifteen-year-old Alice Melvie brushed the long brunette hair of her mistress, Lady Margaret Jones. Lady Margaret didn’t care about many people, but she enjoyed being around others. She was strong-willed and went after what she wanted, especially Prince Warren Colville.

“Cesie.” Margaret waved her right hand slightly. “Make sure my hair looks incredible tonight for dinner with the prince.”

“Of course.” Alice whispered as she gently tugged the brush through her mistress’ thick locks.

Alice wondered if the lady would ever remember her name. Alice had been her maid since Margaret was seven, and Alice had been with her for the most important times in her life: mastering her etiquette and manners in Lady Belanger’s Finishing School, going to court in Junipero, meeting Prince Warren.

Alice remembered the first moment she laid eyes on the prince, the soft curve of his smile, the way his deep green eyes had matched his doublet, his dark brown hair parted on the side, and the look he’d trained on Lady Margaret when he’d first seen her. Alice had been standing beside her mistress, but she was invisible next to her lady.

“Ali, come on.” Lady Margaret stood, pulling her hair free from the bristles of the hairbrush. “I don’t want to keep the prince waiting. We’re already late as it is.”

Alice frowned. Her mistress wasn’t one who worried about being late. She was always sure others would wait for her, no matter what the time.

“Yes, my lady.” Alice grabbed Lady Margaret’s silver, lace fan and handed it to her.

Lady Margaret snapped it open, and she brought it closer to her face. “Alright.” She glanced in the mirror once more before turning back to Alice. “Come on Licey.”

Alice let a slow breath out, and she followed her mistress through the hallway to the royal dining hall.

Prince Warren stood as he saw them enter, and he bowed. Lady Margaret curtsied, and Alice’s curtsy nearly swept the floor. She looked back up into the deep green eyes that she wanted to be trained on her.

Alice stood against a wall. She wondered what it would be like to have someone as handsome and kind as the prince look at her the way he did Lady Margaret. Alice hated her strawberry-blonde hair, and she kept it cut short. Lady Margaret was a vision, a jewel, and Alice was dung only flies appreciated.

“Thank you.” Lady Margaret’s chuckle was false. Alice had only heard the lady’s real laugh twice.

“I know you enjoy blueberries.” Prince Warren waved a servant to them. “I asked the cook to make something special.”

The servant brought blueberry bruschetta and set the dish before the young woman. Lady Margaret gasped and gently touched the cream with a fingertip. She brought it to her lips as she glanced at the prince with her flawless deep blue eyes. The prince leaned closer, and he nuzzled her just behind her right ear. Lady Margaret laughed, another false one, and she gently pushed him back. “That isn’t proper your highness.”

“Then marry me.” Prince Warren took her hands in his. “I love you so much Lady Margaret Jones, and I want you to be my wife. You are my precious sapphire, and you’re meant to be queen. Say you’ll marry me.”

Lady Margaret stared at him, and Alice closed her eyes. She knew the answer, and her heart ached.

Alice opened her eyes, wondering why Lady Margaret wasn’t answering. The lady stared at the prince as he reached into his doublet and pulled out a gold ring, the diamond reflecting rainbows onto the ceiling and walls. “Please say you’ll marry me Lady Margaret.”

Queen Margaret Colville greeted her daughter and the handsome royal guard who had stayed in Whitehaven with Princess Tara. She couldn’t remember his name, but he had done his duty well. Queen Margaret would make sure he continued to protect the princess.

“Welcome home my darling.” Queen Margaret embraced her. “Your father’s wasting his time at court instead of being here to greet you.”

“You need to go to your room and get ready for tonight.” Queen Margaret linked her arm through her daughter’s, steering her away from the handsome royal guard. “I’ve been preparing a grand welcome home ball for you, and I know it will be a glorious occasion.”

“Thank you Mother.” Tara almost sounded like she meant it.

“I hired a new maid for you.” Queen Margaret continued. “I know you had to part with Pearl, and Rhone had a friend who was looking for work.”

“Roanna.” Tara looked at her mother.

“What?” Queen Margaret frowned. “What are you talking about?”

“Your maid’s name is Roanna, not Rhone.” Tara explained as they climbed a circular staircase to the third floor. “How is it that I know your maids’ names, but you still don’t?”

“I have more important things to think about and know.” Queen Margaret didn’t have room for names in her mind. It was full of entertainers, parties, dresses, plans, and beauty.

“So you probably don’t know the name of my new maid, do you?” Tara glanced at her.

Queen Margaret shrugged. “Something like Maddie, I think?” She was sure Tara would manage without knowing her maid’s name. Queen Margaret didn’t understand why her daughters were so concerned about servants. It was probably because Pearl had been so young when she’d become their maid. “Oh, tell me Tara, tell me how beautiful my little granddaughter is.”

“Princess Elena is lovely.” Tara’s face finally lit, the way it should when thinking about a party. “She can be loud and irritable, but she’s so precious. Rachel and Gary are planning to visit and stay for quite a while.”

“That will be grand.” Queen Margaret’s mind overflowed with images of fabric, jewels, cakes, fruit, gold plates, fire-wielding fairies, dancers, and artistic face painters. “I’ll have to throw another party when they arrive in Junipero, and then they must stay for Elena’s first birthday so she can have an extravagant party as well.”

“Yes Mother.” Tara paused as they stopped outside her door. “It’s good to be home.”

Queen Margaret didn’t believe her daughter for a moment, but the queen knew what would make her daughter feel better. “I ordered a new dress for you, and it’s in your room. I think you’re really going to like it. Your maid will help you get ready, and tonight will help you take your mind off being away from your sister and friends. You’re staying in Junipero now, and I promise you, life will never be the same.”

Tara felt exhausted as she slipped into her room. She set her saddlebags down and noticed her chests and other bags already in her room. A woman who looked to be just a couple years older than the princess was putting Tara’s clothing, weapons, and accessories away. She was darkly tanned with long, dark brown hair. She was dressed simply in a cotton, mint-colored dress and off-white apron. Her thick hair was braided, and she turned. “Oh. I’m sorry, I didn’t see you enter.” She curtsied. “You must be her royal highness, Princess Tara Colville of Zorba’s Reach.”

“Please just call me Tara.” She grinned. “What’s your name?” She knew it wouldn’t be Maddie.

“My name is Monika.” She curtsied. “Monika Lister.”

“My mother mentioned you’re a friend of Roanna Temper?”

“Well welcome to Junipero.” Tara carried her bag to the opposite side of the room.

“I’ll unpack your belongings.” Monika stepped toward the princess, but Tara shook her head.

“I’m fine, thanks.” Tara paused. “I’ll put everything else away. My mother said there’s a ball tonight?”

Monika went to Tara’s closet and pulled out an emerald, silk dress. “Your mother just had this made for you.”

Tara touched the fine material. “Of course she did.”

“You’re going to look beautiful in this.”

“I’m going to visit a friend before I get ready for tonight.”

“Alright.” Monika returned the silk gown to the closet. “As your maid, I should join you.”

Tara bit her lip. She couldn’t explain to her new maid why she was visiting Sir Vance Lot. Tara understood why Rachel hadn’t kept her secret identity from Pearl. “Then we should get going.”

Monika nodded and followed Tara through the hallway and down the circular staircase to the first floor. Tara was silent as she walked outside and north toward Vance’s cabin. Monika suddenly grabbed Tara’s arm. “Where are we going?”

“Oh.” Monika paused. “You know, perhaps you’re right. I would be serving you better if I went back to your room and finished unpacking your belongings.”

“I’ll take care of my saddle bags.” Tara looked at her. “Thank you.”

Monika nodded and rushed back toward the palace. Tara watched her new maid race away and wondered why she wanted to avoid Vance.

Declan by Kate Allenton
No Holds Barred by Callie Croix
America Behind the Color Line by Henry Louis Gates
One Mad Night by Julia London
Falling Star by Olivia Brynn
Overnight Male by Elizabeth Bevarly
Angel Fire by Valmore Daniels
Treasure Hunt by Sally Rippin
The Red Circle: My Life in the Navy SEAL Sniper Corps and How I Trained America's Deadliest Marksmen by Brandon Webb, John David Mann, Marcus Luttrell
Beneath the Southern Cross by Judy Nunn
Our partner