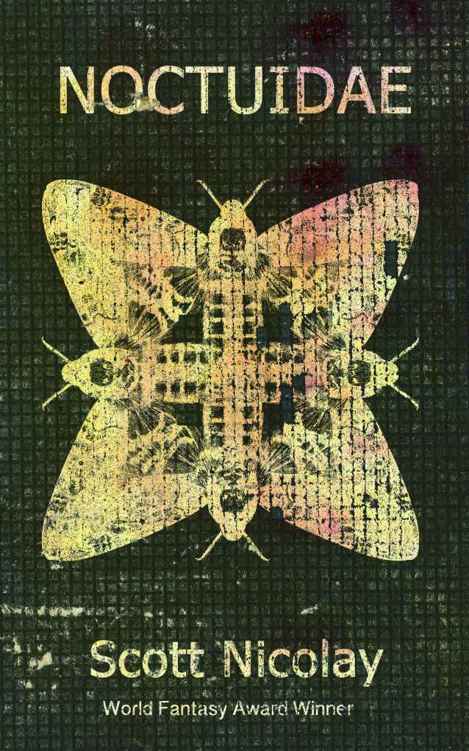 “Remember when you first read the stories of Clive Barker, or T.E.D. Klein, or Thomas Ligotti, or John Shirley, or Dennis Etchison, or David J. Schow, or Lucy Taylor, or Caitlin Keirnan, or Michael Shea, or Melanie Tem, and realized you were in the presence of a major talent in modern horror? I got the same feeling reading Nicolay. He steers clear of stock monsters and tropes of the horror genre. His fiction is clear-sighted, hard-edged, realistic, Raymond Carver-like. . .”

“Nicolay’s punch is grim and honest, his horizons vast, alluring, and keenly attuned to what unfurls in our darkest dreams.”

—Joseph S. Pulver, Sr, author of
Blood Will Have Its Season

“Nicolay lays claim to the attention of everyone interested in the future of weird fiction, and his claim is a strong one indeed.”

—John Langan, author of
The Wide Carnivorous Sky and Other Monstrous Geographies

“Scott Nicolay is consistently one of the most exciting and original voices in modern weird fiction. His prose is exquisite, inventive, savage, and chilling, without being beholden to pulp-era titans. This is Weird Literature, circa now.”

—Ross E. Lockhart, editor of
Cthulhu
Fhtagn!
and
The Children of Old Leech

“We are not in the presence of a callow and bullish youth, but a man of erudition and experience. Nicolay is one who has seen much, endured much, has undergone prolonged pressure and the result is a diamond among stones.”

—Laird Barron, author of
The Beautiful Thing That Awaits Us All

“Nicolay’s writing is clean-limbed, not a shred of rococco excess on it. Poetry and the demotic mix well in his prose. He expertly delivers clues and foreshadowings and backstory tidbits attendant upon his enigmas and frights without hammering the reader over the head with gore or hyperbole. His characters are engrossing, if often repellant, his plotting assured, and his venues enticingly nasty.”

“Scott Nicolay is a writer in the tradition of modern practitioners of the weird such as Mark Samuels, Terry Lamsley, and Laird Barron. He gives us the unease of Ligotti with the fluid prose of Clark Ashton Smith.
Ana Kai Tangata
is a serious contender for best collection of the year.”

“The first thing that hits you while reading Scott Nicolay. . . That old black magic that comes with encountering great weird fiction for the first time.”

This is a work of fiction. All names, characters, places, and incidents are the product of the author’s imagination. Where the names of actual celebrities or corporate entities appear, they are used for fictional purposes and do not constitute assertions of fact. Any resemblance to real events or persons, living or dead, is coincidental.

Scott Nicolay was born in New Jersey but now lives in the desert where he keeps a garden and a rather large library. As a teacher, he and his students co-founded the New Mexico Youth Poetry Slam and the National Youth Poetry Slam.
Ana Kai Tangata
, his first book of weird horror tales, was published by Fedogan & Bremer in 2014. His story “Do You Like To Look at Monsters?” won the 2015 World Fantasy Award for Best Short Fiction, and “Eyes Exchange Bank” was selected for the inaugural (2014) edition of
The Year’s Best Weird Fiction
. He hosts “The Outer Dark,” a weekly podcast on Project iRadio featuring interviews with writers and artists in the ongoing Weird Renaissance. His second collection,
And at My Back I Always Hear
, approaches completion. For more information, visit www.scottnicolay.com.

For the stolen children

The river flowed right over the road in places but they crossed it barely slowing. A trickle only a few inches deep right now, Sue-Min knew it meant the folks who lived in this canyon were stuck here during floods, maybe months at a time.

If you lived here of your own free will, you had to be happy here. You probably weren’t that interested in human company, at least not from outside. You probably had supplies laid in to last a while. And a generator.

She could see the appeal. Deep in and well down Forest Road 281, the Blue River Canyon opened eventually into a narrow valley, widest on the west side of the river, such as it was. There the view stretched to near green hills rising right to green mountains, behind these a higher rolling row of purple mountains—
majesties!
—her backbrain sung the full phrase on its own, fragment from her earliest encounters with English—and beyond and above these a line of blue-gray peaks higher still in the haze, the sort of range one might mistake for clouds in the twilight, if the twilight were the sort in which one might also mistake clouds for mountains.

Sue-Min let her head slump back against the weathered seatback’s cracked black leather, willing to let the scenery settle her edginess. It really was a damn fine day, despite her half hangover and shitty mood. As much of the sky as she could see overhead was unbroken turquoise. Maybe their day, their hike, would go okay despite it all.

So far, nothing went the way they planned on this trip. First Pete’s date cancelled and left them three instead of four. Sue-Min tried to hint to Ron her discomfort with this configuration but he remained oblivious. What could she do? If Ron went, she was going too.

What their topo map failed to show them was how 281, the only road down the Blue River, led straight onto a private ranch, ended there in fact, wide open cattle gate but handpainted
NO TRESPASSING
signs nailed to the grooved and massive cottonwood trunk beside it. Red paint. Their intended trailhead into Forest Service land and the Middle Blue lay somewhere beyond this private holding.

Though Pete never slowed as he passed the signs, Sue-Min saw them clearly on her side despite the overhanging foliage and shade. She drew in breath to call attention to the warnings, then exhaled. Pete must know what he was doing. Perhaps he met with the landowners in advance, squared things away. She hadn’t paid much attention when he and Ron were planning—as a rule, she avoided Pete as much as possible—though she had to admit she was curious to meet his date for this backpacking trip, wanted to see what kind of girl would agree to a remote overnight hike with such a creeper. Only she wouldn’t meet the mystery date, not this time. Easy to see why she cancelled—if she ever existed in the first place.

Pete drove on past a squat weathered ranch house, torn orange gingham curtains hanging askew in the windows, fabric likely once red now paled from long sun. They passed low tilting water tanks and clumps of rusted farm machinery hedged in by bleached tufts of high dead brush. Scattered grazing cattle. A mile or so beyond the gate and signs the road petered out, their rough rutted route concluding in a diminished riverbed choked with weeds and cobbles. To their left extended a turnout of sorts, dirt banked in berms ahead of room for several vehicles, marks of steel tread and claws still visible on the soil. Someone had an earth mover, although she hadn’t seen it while passing the ranch. Pete braked the truck just shy of the furthest berm and they all three climbed out to stretch and gear up.

Not two minutes and a pair of 4 wheel ATVs buzzed up behind their truck. Right before Sue-Min heard them approach she’d been eyeing some bushes where she thought she could squat in privacy. Too late.

The riders were weather-beaten white men, both in Resistol hats, cotton shirts tucked tight into Wranglers. One was stocky and graying, the other lanky and leathered though likely less than thirty. The rancher and his son or hired hand. She guessed the latter based on their lack of physical resemblance. Both rode with shotguns on their ATVs in plastic scabbards like tubes for rural newspaper delivery, and as they slid from their seats both drew those weapons. Drew, but did not raise or level them. The two men let their guns hang at six, seven o’clock. The level of threat was implicit but limited, deferred.