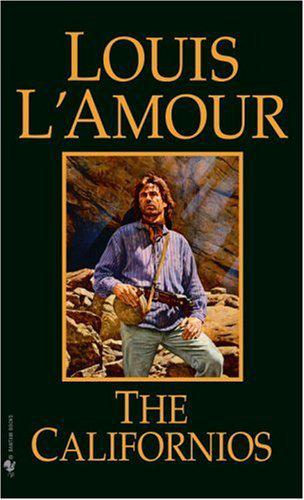 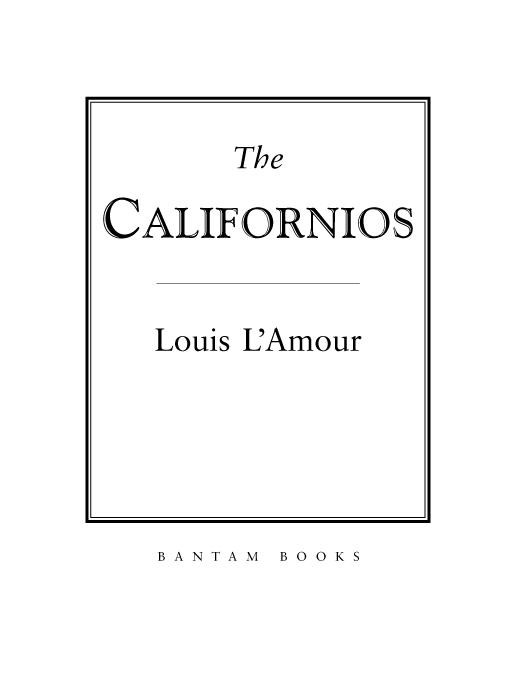 T
HE MOON WAS up and the small clearing was bathed in light. From down the canyon there was a click of a hoof on stone, a stir of movement, and Russell and his men came forward riding in a tight bunch. There were nine or ten of them. Too many.

Sean’s position was excellent. He had fairly good cover, and his body merged with the trees and rocks behind him.

They came on, walking their horses. The shadows from the moon, the trees and weird rock formations made a mystery of the darkness.

“I can smell smoke,” Russell said.

“You are near enough,” Sean spoke in a conversational tone. “Just stand where you are.”

T
HE RANCH HOUSE on Malibu was a low-roofed adobe with a porch across the front from corner to corner. A door and two windows opened on the porch, both windows showing evidence of being enlarged at some time in the past.

The two large
ollas
that hung from the porch beams contained water kept cool by wind and shade. A gourd dipper was next to them.

To the left of the house, about a hundred and fifty feet away, was a pole corral. Near the corral there was a long watering trough made of rough planks and a lean-to stable.

Shading part of the dooryard was a valley sycamore, a huge old tree with mottled bark, and nearby stood several cottonwoods and another sycamore. Behind the house were several pin oaks. Cottonwoods grew near the door.

The hills around were brush-covered and scattered with huge boulders or sandstone outcroppings. From the porch there was a good view down the winding trail and a glimpse of the blue sea beyond.

Eileen Mulkerin came to the door. The mother of two grown sons, she looked young enough to be their sister, a strikingly beautiful woman, as Irish as her name. “Are they coming, Michael?”

“They’ll not be long, you can be sure of that. It’s the day Zeke Wooston has been waiting for ever since your father gave him that whipping for beating his horse.”

“He is that. It was the Valdez note that surprised me. When he bought it I knew we were in trouble,” she said.

“You must not blame Valdez. He did not know Wooston as we know him, and times are hard. He needed the money.”

“I do not blame him. He is a good man who thinks ill of no one. He is too sure of the goodness of the world.”

They stood together in the late morning sun, looking down the trail. Eileen Mulkerin and her son in his brown monk’s robe.

“He is much like his father,” she said, “and so are you. But there are things he can do that would not be fitting for a man of the church.”

He shook his head. “Now, Señora. You are not thinking of violence? It would do no good, and besides, there is the law.”

“Sean would think of something.”

“What is there to think? Win Standish and I have both thought, but unless you have some money—”

“Then they will take the place, and we had better think of what we can do, of where you can go.”

“This is my place. It was given to your father by the
presidente
for your father’s service in the Army of Mexico. I shall not see it taken from us.”

“Señora, that president is dead. I do not know if the president we have now knows of our existence. Win and I have written and there has been no answer.”

“As for the governor…Micheltorena is their friend, not ours. If it was Alvarado—”

“Agreed. But he is also a man out of office.”

“Wooston will not stop with us. He is greedy. He will want more and more land.”

“You know why he wants our land?”

“He is a smuggler. He wants to use Paradise Cove, as they used to, in the dark of night.”

“It is not only that. He has heard stories about the gold.”

Michael glanced at her. “If there is gold, why don’t we get some of it now?”

She shrugged. “Only your father knew where it was. He was killed when he fell from his horse and had no chance to tell anyone.”

“He must have said something, left some clue, some idea of where it came from?”

“No…nothing. All I know is that he would ride off and be gone for several days, in the desert, I think. He always rode out on a different route, but I do know that the place the gold came from was somewhere to the north. I say ‘always’ but he actually brought gold back on only two occasions.”

“To explore. Your father was a soldier in the Army of Mexico for more than twenty years, and he had the gift of tongues. He could talk to almost any Indian we ever met, and he made friends everywhere.

“You know how it is here. Most of the Californios will not leave the missions or the pueblos. They like company and they are not adventurous. It was not so with Jaime. He loved the mountains and the desert, and was forever riding off to some lonely canyon or along some ancient trail he had found. I know how it was because I often went with him. But there is one clue.”

“When he went for the gold, he told of the trip, of the hard riding, the rough country…that sort of thing. But he always said ‘we.’ There was someone with him.”

“No, he always left Jesus here. Your father trusted him because Jesus was a sergeant in the old army when your father was a colonel. No, it had to be somebody we do not know.”

“Look!” Michael got to his feet, indicating a dust cloud above the trail. “Someone is coming!”

“It’s Win. Even when he is in a hurry your cousin rides like a soldier on parade.”

Eileen Mulkerin put her hand on her son’s shoulder. “You’ve been a good son, Michael, although sometimes I wish you had not become a monk. You were a fine hand with a rope or gun.”

She smiled. “He was that. And a fine upstanding man, too. I remember the first time I saw him. He was in uniform. He had a strong, bold way about him, and although he was half-Irish he looked the perfect hidalgo. He had just returned from campaigning against the Apache in Chihuahua, and I had come in on a ship from Ireland.

“There was a carriage to meet the ship and take me to my uncle’s home. Jaime chanced to be there on some army business, and I was standing by the ship’s rail.”

“With all that red-gold hair?”

“He spoke of it once when we were riding. He said you were so beautiful he almost fell off his horse.”

“He lied then. He never fell off a horse in his life, for any reason at all. Oh, we saw each other all right, and he came over, hat in hand, to help me into my carriage. He was the gallant one.”

“Like both of you. There’s a lot of him in you, Michael, and in Sean as well, and no better thing could be said of you.”

Her Convenient Millionaire by Gail Dayton
Bone Deep by Brooklyn Skye
By the Blood of Heroes by Joseph Nassise
Pierced by Love by Laura L. Walker
The Wolf Who Loved Her by Kasey Moone
DS Jessica Daniel series: Locked In/Vigilante/The Woman in Black - Books 1-3 by Kerry Wilkinson
The Battle of Waterloo: Europe in the Balance by Rupert Matthews
Tomorrow We Die by Shawn Grady
Pendragon's Heir by Suzannah Rowntree
A Horse Called Mogollon (Floating Outfit Book 3) by J.T. Edson
Our partner