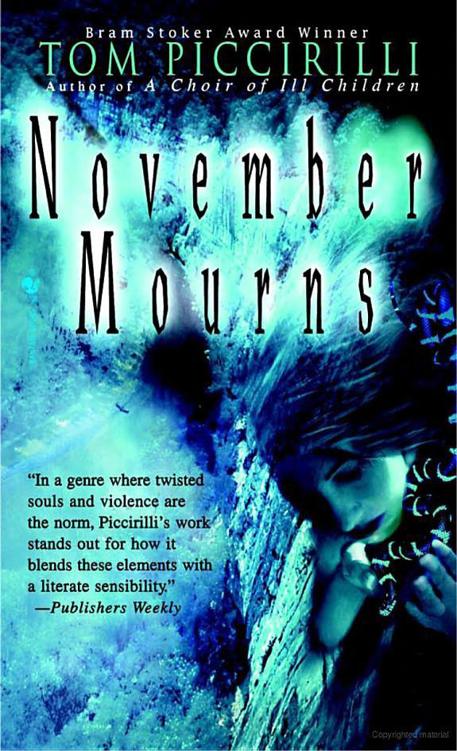 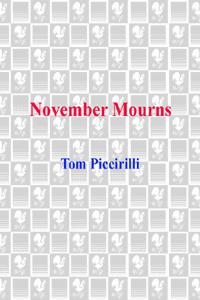 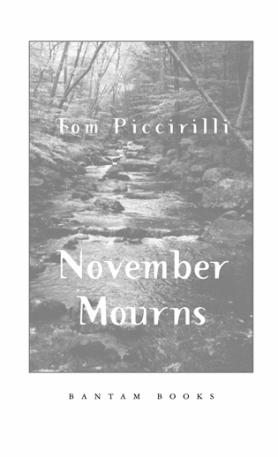 and to my wife Michelle

More thanks go to Ed Gorman, for sending all the boxes of great old books. Gold Medal rules!

Extraspecial thanks to my editor, Caitlin Alexander.

YOUR BLOOD WAS ALWAYS WHISPERING, EVEN
if you didn’t want to listen.

Shad awoke on his feet, standing on his bunk, staring at the cement wall. He turned, peering into the darkness of the C-Block tier. In a pale flash, his sister’s hands pressed toward him through the bars of his cell.

“Mags,” he said. He opened his mouth to say more but was afraid he might whimper. Sometimes the depth of night hid you from your fears, and sometimes it brought them right to your bed.

He gritted his teeth, grunted her name again from the center of his chest. It was too easy to give in to the sorrow of your life. All it took was one instant of letting the pain in, and the flood would never end.

His father had phoned him this afternoon to tell him Mags was dead, and now here she was, visiting him. But why out there on the walk and not beside him? He waited for her to move closer, so she could talk to him, tell him who had done this to her.

If your kin had something to tell you, they’d come after you, no matter how far they had to travel. Even if your sister had no mouth anymore.

He stepped off his bunk and her hands receded into shadow as if she might be frightened. Like he might’ve shoved her away. “Mags?” he called, then much louder, “Megan!”

On the tier, their eyes glittered. He must’ve been at it for a while, yelling and walking around in his sleep. Other cons stood at their cell doors, staring out at him, silent except for a few of the Mexicans saying prayers.

The heat that always crouched at the back of his skull now burned more intensely, his rage alive and eager within him. Protective and loving. He reached up and touched his lips. He was smiling like an idiot, but there were tears on his face.

YOU COULD ALWAYS GO HOME AGAIN, THE
trouble was getting back out.

Flames lit the surrounding banks of the Chatalaha River, which wound through the mountains in a whitecapped rush. Streams of orange and gold washed over rocks where centuries ago the Indians stoned their elderly in the shallows.

After nearly two years in the can, Shad Jenkins had returned to Moon Run Hollow and hit the first bonfire in the fields he heard about. He figured he’d see everybody there who might be interested, tell his story once and get it over with.

In the twenty-one months he’d been away nothing had changed except that Mags was dead.

He could’ve been gone for eighteen years, the way his pa had been, and still walked into the roadhouse and seen those gray faces hunched over the pitted bar, their breath making slow ripples in the scratched glasses of whiskey. The men telling the same mediocre stories that circled the place like crows that never set down, going around forever from one hoarse voice to another.

Fathers passed the tired tales to their sons and grandsons the way they bestowed their potbellies, sour-mash stills, and empty wallets. The tin-shack trailers, three acres of rock-cluttered pasture, and their taste for warm, flat beer and moonshine. In a few generations they had gone from being tradition to genetic.

What you really wanted, you could never have. You needed a tragic father to give your life meaning.

Shad broke from the darkness and walked across the clearing until he found the ring of Jeeps, pickups, and 4x4s that had tracked across the field, headlights glowing against the cane. Maybe fifty people in all, about half of them passed out on their feet or jacked on meth and crushed Ritalin.

Jake Hapgood reached into his open cooler and handed Shad a bottle of beer as if they’d seen each other only twenty minutes ago. Jake was one of the very few slick people in Moon Run Hollow. Five-eight in his cowboy boots, wearing a corduroy jacket and tight black jeans, with his dark hair combed into a casually disheveled style, maybe a half inch shy of pompadour. When he smoked he liked to snap the Zippo off his ass, light up, and let the cigarette dangle from his bottom lip, give a half-turn glance over the shoulder to see which girls might be watching. At the moment he was making do with a stalk of grass. It was one of the props that gave him a boyish charm he cultivated to the limit.

Shad checked around. The only woman nearby was Becka Dudlow, the preacher’s wife. She was midfifties with angry teeth and perpetually hard nipples that passed harsh judgment on anybody who looked. She was also the main supplier of coke and meth in town, though Shad had never been able to figure out where she imported her stuff from. She’d had a thing for Jake ever since he was in her Bible class.

“If you want something with a little more bite,” Jake told him, “Luppy Joe’s got a couple jugs of moon making the rounds.”

Shad’s mouth dried just thinking about the harsh taste of it, a quiver working through his belly. Sometimes you needed it so bad that you had to stay away. “The only liquor I’ve had for two years was a raisin pruno the cons distilled in their toilets.”

“Other guys used to say it was the hardest stuff they’d ever had, flopping around on their bunks and giggling like crazy. Luppy’s moon would’ve taken out most of C-Block in one sitting.”

“Jesus Christ,” Jake said, giving Shad the long once-over. “You look good. I thought you’d be pale and jittery, but you’re more tan than me and I’m outside all afternoon every day. You must’ve put on at least fifteen pounds too, and it’s solid. Works for you.” He champed the stalk with his back teeth and it bobbed, twirling this way and that, while Becka Dudlow’s eyes followed. “How the hell do you gain weight on institution food? I didn’t think prison actually agreed with people.”

“But I mean, isn’t that the whole point? This is where my tax dollars go? Making you better-looking than me?”

“I didn’t mind doing time much,” Shad said. “They let me have plenty of books.”

“Uh-huh. So all you did was read for two years. Developing your mind.”

“More or less.” It was the kind of thing that didn’t sound true but actually was. Everyone in the hollow would be expecting him to talk about shanking guys in the kidneys, which bubbas tried to pull a train on him. You told them what you could, let them understand as much as they were able, and the rest you kept to yourself for when the right time came.

Cujo by Stephen King
As Rich as a Rogue by Jade Lee
Symphony in Blue by Shira Anthony
Pane and Suffering by Cheryl Hollon
California Schemin': Book One in the Malibu Mayhem Trilogy by Carolyn Keene
Cheryl: My Story by Cheryl Cole
A French Whipping by Nicole Camden
An Accidental Hero by Loree Lough
Murder With All the Trimmings by Elaine Viets
Lawn Boy by Gary Paulsen
Our partner