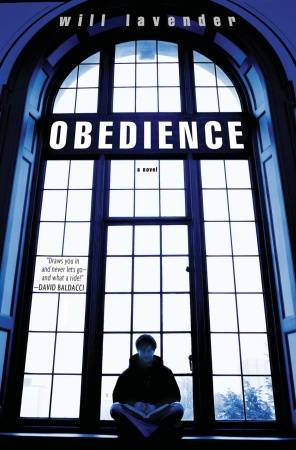 Annotation
"A taut and timely thriller that explores the dark side of academia." – Karin Slaughter

A complex conspiracy involving the writing of a book drives Lavender's compelling debut, a thriller that will strike some as a mix of John Fowles's The Magus and Stephen King's The Shining. At Indiana's Winchester University, three students-Brian House, Dennis Flaherty and Mary Butler-are taking Logic and Reasoning 204, taught by enigmatic Professor Williams. They quickly learn this is a course like no other. Their single assignment is to find a missing 18-year-old girl, Polly, in six weeks time-or else, Williams asserts, she will be murdered. Is this merely an academic exercise? As Williams produces clues, including photographs of Polly and her associates, the students begin to wonder where homework ends and actual homicide begins. Together with Brian and Dennis, Mary ventures off campus in search of Polly into a world of crumbling towns, decrepit trailers and hints at crimes old and new. A rapid-fire plot offsets thin characterization, though the conspiracy becomes so all-encompassing, so elaborate, that readers may feel a bit like Mary when baffled by her quest: This is what she felt like: led, played, not in control of anything she did.
Will Lavender
Obedience
© 2008

When bewilderment on a subject seemed to have peaked, often with the class baffled into silence, Zechman would move on to another topic. But he never made a positive statement, never gave anything which resembled an answer, not even a hint. He just stood up there in his black suit with an expression of muted concern and kept asking questions; and as confusion grew, so did dissatisfaction. No one was quite sure what Zechman wanted from us. Were we stupid? Were the questions bad? What were we supposed to be learning? It was almost as if Zechman had set out to intensify that plague of uncertainty which afflicted us all.
By Friday, the level of anxiety in the class had mounted to a kind of fury.
– Scott Turow,
One L

Run an Internet search using the name Deanna Ward.
You will get over 275 hits. Click on the first one. This is an article by a man named Nicholas Bourdoix.
Read this article. You will learn that eighteen-year-old Deanna Ward went missing from Cale, Indiana, on August 1,1986. Police thought they had found Deanna four days later, on August 5, but they had not; this was a girl who simply
looked like
Deanna. The Deanna Ward case remains unsolved.
Run another search: “Nicholas Bourdoix.”
You will get over 6,500 hits. Mr. Bourdoix graduated from Winchester University in DeLane, Indiana. He worked for fourteen years at the
Cale
(Indiana)
Star
before moving to the
New York Times
in 1995.
Run an Amazon search for Mr. Bourdoix. His latest book is a memoir about his career as a crime journalist. It is called
The Beaten Trail: My Life Covering Horrors and Hoaxes.
There are exactly twelve pages given to his years in Indiana.
There is a customer review of this book toward the bottom of the page. You will know it because it is the only review given. The reviewer awards the book one star and suggests, in rather harsh language, that readers not buy Mr. Bourdoix’s “lying crap.”
The reviewer’s name is Deanna Ward.
Winchester

At the Twilight's Last Gleaming by David Bischoff
El Cadáver Alegre by Laurell K. Hamilton
Love After War by Cheris Hodges
The Last Timekeepers and the Arch of Atlantis by Sharon Ledwith
Tall, Dark and Divine by Jenna Bennett
South Riding by Winifred Holtby
The Blue Executions by Norris, George
Locked Down, Locked Out by Maya Schenwar
THE BIGGEST STAGE (A Brothers of Rock - WILLOW SON - novel) by Karolyn James
DangerouslyForever by A.M. Griffin
Our partner