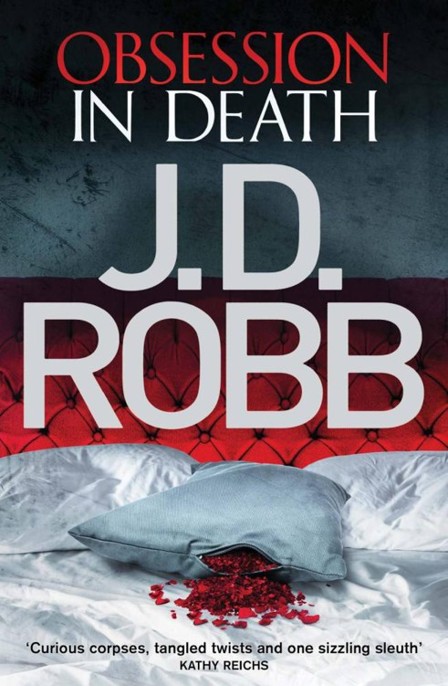 Some dire misfortune to portend,

No enemy can match a friend.

But Evil saith to Good: My brother…

Killing was easier than I thought it could be, and a lot more rewarding. I finally feel as if I’ve done something important, something that deserves real attention. All my life I’ve tried, done my best, but no one ever truly appreciated my efforts, really saw me for who and what I was.

I can say objectively, honestly, I did a good and efficient job on this new, important project, start to finish.

There were times during the weeks and weeks – months really – of planning, of selecting, of working out all the tiny details, I felt impatient, even annoyed with myself.

There were times I doubted, times I nearly lost my courage and my focus. It’s too easy to become discouraged when no one values your skills and your efforts.

But I see now this time (and maybe it’s been years in the developing really) was all worth it.

The time spent will be worth it again, as all that preparation and planning is done on all who come next.

Because I spent those weeks watching the target, learning her routine, made the effort to get into her building long before tonight, and made the investment in the very best equipment, practiced all the steps for hours, I have my first success.

My first weight on the scale toward balance. My first tribute, I suppose, in honor of my friend and partner.

Didn’t Shakespeare say something about killing all the lawyers? I should look it up. In any case, I’ve taken care of one, and she won’t be around to make any more money off the scum she represented, or most important of all, she’ll never insult or demean the person I most admire. The person who deserved her RESPECT!

I’m honored to have played a part in righting the wrong, in bringing true justice to the woman who, due to the constraints of her job, is unable to mete out justice for herself.

I will be her avenger, her champion.

Soon, she’ll know there is someone who will stand up for her, do what needs to be done. When she sees my message, she’ll know she has someone behind her, who understands, admires, and respects her above all others. As no one ever did for me. Our connection is so strong, so intense, I can often read her thoughts. I wonder if she can read mine.

Sometimes, late at night, I sense she’s with me, right here with me. How else could I have known where to start, and just what to do?

Ours is a spiritual bond I treasure, something deep and strong, and older than time. We are, in essence, the same person, two sides to one coin.

I’ve proven myself now. There’s still more to do, because the list is long. But tonight, I’m taking this time to write down my feelings, to have a small celebration. Tomorrow I’ll go back to serving justice.

One day, when the time is right, we’ll meet, and on that day, she will know she has the truest of friends.

It will be the happiest day of my life.

On a cold, crisp morning in the waning days of 2060, Lieutenant Eve Dallas stood in a sumptuous bedroom done in bold strokes of rich purple, deep metallic grays, and quick splashes of green. Outside the ad blimps manically touted the
AFTER CHRISTMAS BLOW-OUT SALES!
and street vendors hyped fake designer wrist units and knockoff handbags to throngs of tourists packed into the city for the holiday week.

Outside life went on. Inside the plush bedroom with all its color and style, it had stopped.

An enormous arrangement of white lilies and purple roses in a tall, mirrored vase on the pedestal centered in the wide window couldn’t quite mask the smell of death. Instead the fragrance layered over it, sickly sweet.

On a bed big enough for six lay the body of a woman who’d once been a stunner. Even now her meticulous style showed in the perfect coordination of silver lounging pants, silky lavender top, the perfectly manicured nails – hands and feet – with polish of dark purple on all ten digits.

Her heavily lashed eyes stared straight up to the ceiling, as if mildly puzzled.

A razor-thin, bone-deep wound circled her throat. Blood, now congealed, had spilled from that ugly curve to soil and spoil the soft gray bedding and mat in the fall of pale blond hair.

Her tongue sat in a faceted glass dish on the glossy nightstand beside the bed.

But the kicker, at least for Eve, was the message written on the wall above the thickly padded headboard, in precise block lettering, black against the gray.

WITH
GREAT
ADMIRATION
AND
UNDERSTANDING
.

HER
LIFE
WAS
A
LIE
;
HER
DEATH
OUR
TRUTH
.

SHE
SHOWED
YOU
NO
RESPECT
,
SPOKE
ILL
OF
YOU
,

SOUGHT
TO
PROFIT
BY
UNDERMINING
ALL
YOU
WORK
FOR
.

IT
WAS
MY
PLEASURE
AND
HONOR
TO
BALANCE
THE
SCALES
.

JUSTICE
HAS
BEEN
SERVED
.

YOUR
TRUE
AND
LOYAL
FRIEND
.

Whether or not Eve thought the same, she turned to the uniformed officer in the bedroom doorway. “Who found her?”

“Her admin. The vic missed a dinner meeting last night, then didn’t come in to work, where she had a morning meeting. So the admin, Cecil Haversham, came by. Nobody could reach her via ’link, she didn’t answer the door. He had her codes and key pass – stated he waters her plants and whatnot when she’s out of town. Let himself in at about nine-fifteen, heard the bedroom screen on like it is now, and walked through until he found her. We got the nine-one-one at nine-nineteen, so the timing works.”

“Place has a dining area you can close off. We’re sitting on him there.”

“Keep sitting. I want the building’s security discs, exterior, interior, and I want a canvass started, beginning with this floor.”

“Yes, sir.” He jutted his chin to the writing on the wall. “You know the vic?”

“I’ve had some dealings with her.” To discourage any more questions, Eve turned away.

She and Peabody had sealed up on entering the apartment. She’d turned on her recorder before stepping into the bedroom. Now she stood a moment, a tall, slim woman with short, tousled brown hair, with long-lidded eyes of gilded brown cop-flat in her angular face.

Yeah, they’d had some dealings, she thought now, and she hadn’t had a modicum of liking for the victim. But it appeared she and Peabody would be spending the last days of the year standing for the once-high-powered defense attorney who’d had – to Eve’s mind – the ethics of a rattlesnake.

“Let’s verify ID, Peabody, and keep every step of this strict on procedure.”

With a nod, Peabody took off her pink leather coat – Eve’s Christmas gift – set it carefully aside before she pulled her Identi-pad from her field kit. With her striped pink pom-pom hat still over her flip of dark hair, she approached the body. “Victim is identified as Leanore Bastwick of this address.”

“Cause of death looks pretty straightforward. Strangulation, probably a wire garrote, but the ME will confirm. Get time of death.”

Again Peabody dug into her field kit. She worked the gauges, angled, as she read Eve’s unspoken order, so the record would pick up everything.

“No sign of struggle, no visible defensive wounds or other injuries. No sign, at a glance, of forced entry. The vic’s fully dressed, and there’s plenty of easily transported valuables sitting out. It doesn’t read sexual assault or burglary. It reads straight murder.”

Peabody lifted her gaze to the message on the wall. “Literally reads.”

“Yeah. Security discs may tell a different tale, but it looks like the vic opened the door – someone she knew or thought she knew. Her killer disabled her – note to ME to put priority on tox screens, check body for any marks from a stunner or pressure syringe – or forced her back here. Places like this have excellent soundproofing, so she could have shouted for help, screamed, and it’s not likely anyone heard. Windows are privacy screened.”

“No sign on her wrists, her ankles that the killer used restraints.”

Eve approached the body now, examined the head, lifted it up, to check the back of the skull. “No injuries that indicate blunt force trauma.”

She reached into her own field kit for microgoggles, took a closer look. “Abrasion, small contusion. Fell back, hit her head maybe. Disabled, drugged or stunned, either when she opened the door, or if she knew the killer, after he was inside. Back here, carrying her or forcing her. The bedding’s not even mussed, the pillows are still stacked up behind her.”

Lifting one of the hands, she examined the fingers, the nails, under the nails. “Clean, no trace here, nothing to indicate she got a piece of her killer. You’re going to struggle, if you can, when somebody garrotes you, so she couldn’t struggle.”

With the microgoggles still in place, Eve leaned over the crystal dish to examine the severed tongue. “It looks pretty clean – not jagged, not sawed. Probably a thin, sharp blade. Maybe a scalpel. Can’t talk trash without your tongue,” she said half to herself. “Can’t defend criminals if you can’t talk. This was a little something extra, a symbol, a… token.”

Eve studied the message, coated a layer of ice over that sick thought. “Like I said, it reads that way. We butted heads over Jess Barrow a couple years back, and just before that when her partner was killed. She was a hard-ass, but she was mostly doing her job. Doing it as she saw it.”

Turning from the body now, Eve walked over into a large and perfectly appointed dressing room. “She’s got an outfit set out here. Black dress, fancy shoes, underwear, and jewelry to go with it that looks like the real deal. Nothing disturbed. She’d gotten out the wardrobe for her dinner meeting.”

She moved from there into an elaborate master bath, all white and silver. More purple flowers – must have been a favorite – in a square vase of clear glass on the long white counter.

“Towels on a warming rack, a robe on the hook by the shower, a glass of wine and some sort of face gunk set out on the counter.”

“A facial mask,” Peabody elaborated, patting her own cheeks. “And that’s a really high-end brand. Since there’s nothing else set out, it looks like maybe she’d been about to give herself a facial, have some wine while it set, then take a shower, but she went to answer the door.”

“Okay, good. She’s prepping for the meeting – we’ll check her home office – going to get clean and shiny, but somebody comes to the door.”

Eve walked out as she continued. “Nothing disturbed out here. Screen on in the bedroom – a little company or entertainment while she gets ready for dinner. She’s back there, in the bath or the dressing room when she gets the buzz.”

“Security on the main door,” Peabody pointed out. “Buzzed the killer in?”

“The security feed should tell us. However he got inside the building, she answers the door.”

Thwarting Cupid by Lori Crawford
Run With the Hunted by Charles Bukowski
Tales From the Tower of London by Donnelly, Mark P.
The Little Old Lady Who Struck Lucky Again! by Ingelman-Sundberg, Catharina
The Rogue Hunter by Lynsay Sands
Mistress Christmas by Lorelei James
Hunt of the Bandham (The Bowl of Souls: Book Three) by Cooley, Trevor H.
Firstborn by Carrigan Fox
Bittersweet Summer by Anne Warren Smith
Maps, Artifacts, and Other Arcane Magic (Dowser Series Book 5) by Doidge, Meghan Ciana
Our partner