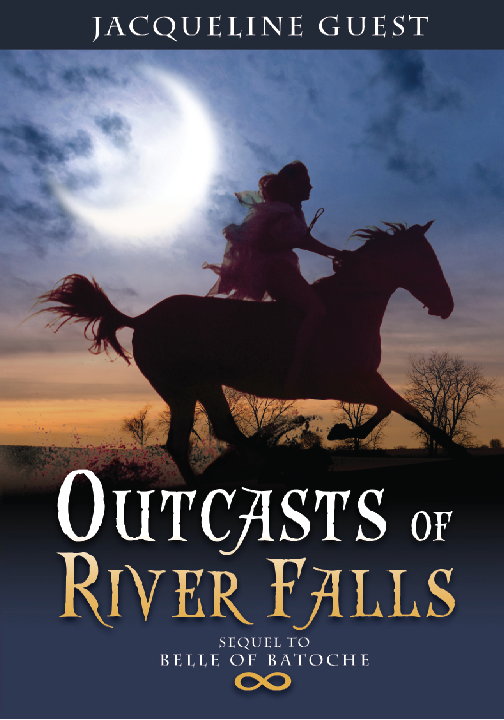 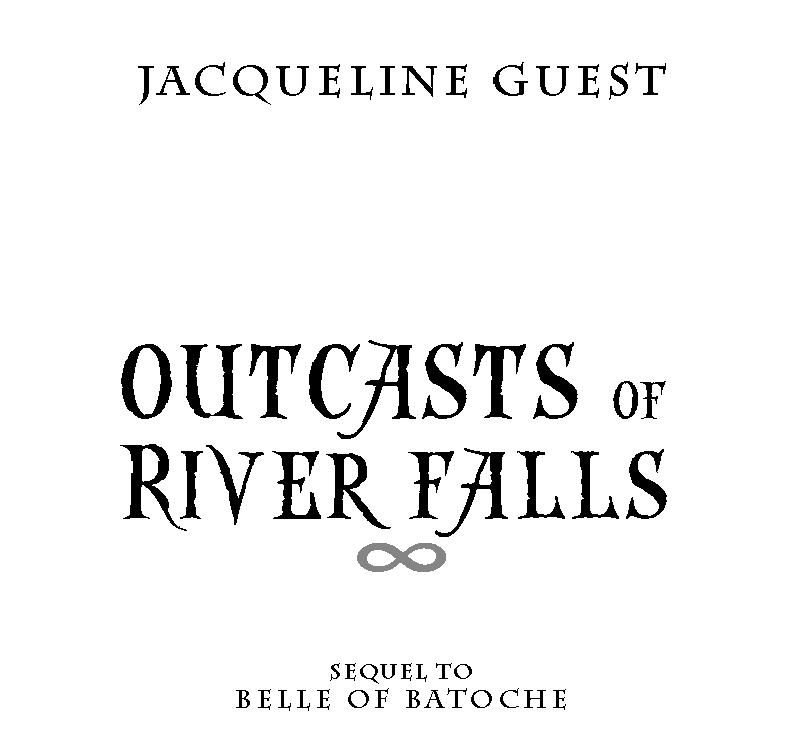 All rights reserved. No part of this publication may be reproduced, stored in a retrieval system, or transmitted, in any form or by any means, without the prior written consent of the publisher or a licence from The Canadian Copyright Licensing Agency (Access Copyright). For an Access Copyright licence, visit www.accesscopyright.ca or call toll-free to 1-800-893-5777.

This novel is a work of fiction. Names, characters, places and incidents either are the product of the author’s imagination or are used fictitiously. Any resemblance to actual persons, living or dead, is coincidental.

Coteau Books gratefully acknowledges the financial support of its publishing program by: the Saskatchewan Arts Board, the Canada Council for the Arts, the Government of Canada through the Canada Book Fund, the Government of Saskatchewan through the Creative Economy Entrepreneurial Fund, the Association for the Export of Canadian Books and the City of Regina Arts Commission.

To the unsung Métis heroes of generations past who had the foresight to recognise that with hard work, fortitude and the unwillingness to be defeated, a brighter future could be won for their children.

The ground shook and the wooden boards beneath Kathryn Tourond’s feet groaned. She cringed as the sound of a thousand hissing dragons surrounded her and the world disappeared in a swirling fog of gauzy white mist.

As the roaring quieted and the choking steam that cloaked the train platform cleared, Kathryn saw a figure hurrying toward her. “About time,” she grumbled, hefting her bulky carpet bag.

“Whew! I’m so sorry for my tardiness,” the burnished skinned woman apologized as she patted down the strands of glossy black hair flying loose from her long
braid. “I had some arrangements to make and then decided
not to bring my usual transportation as it would be too small which meant hitching Nellie to the old Red River cart and that stubborn horse simply wasn’t in the mood to cooperate. I’d hoped to be here long before you arrived.” She paused long enough to smile. “It’s indeed as Burns wrote,
the best laid schemes o’ mice an’ men...”

The literary reference coming from someone obviously of the less fortunate classes surprised Kathryn. She eyed the homespun dress dubiously. It was clean and the cut impeccable, and yet so faded the blue flower print was barely there.

Kathryn smoothed the folds on her own fashionable frock, the deep burgundy taffeta deliberately chosen to show off her delicate coloring. Picking a miniscule piece of lint from her beautiful dress, she flicked it onto the worn wood beneath her feet. The plan was to look particularly perfect when she met her aunt, Miss Belle Tourond, for the first time and, modesty aside, she’d succeeded spectacularly.

The woman waited expectantly and it occurred to Kathryn that Aunt Belle must have sent an Indian maid to rescue her from this horrid station in the middle of the bald Alberta prairie. Of course, that would make sense. Someone as important as her aunt would have domestics for errands like fetching visitors from the train.

At that moment, the nun who had accompanied Kathryn on the four-day train ride from her home in Toronto came out of the station office and strode up to them.

“I’m Sister Bernadette, from Our Lady of Mercy Academy for Young Ladies.” Her thunderous voice boomed out across the rolling grassland as she vigorously shook the maid’s hand. “And this is Miss Kathryn Tourond. First, let me say how sorry I am for your loss...
tsk, tsk, tsk
.”

Kathryn flinched. That disapproving sound had an
noyed her for the entire trip as she’d endured reprimands for the many minor sins committed on the journey. Everyone at school knew that nuns didn’t approve of much, but during this adventure, it had become apparent that Sister Bernadette had taken that line of attack to the extreme. The stern Sister would make a wonderful Wicked Witch and Kathryn had always suspected there was a broomstick hidden somewhere beneath those voluminous robes.

Sister Bernadette wagged her head, making the long black veil on her habit sway ponderously back and forth. “The illness was tragic. For this young girl, only fourteen years old, to be left orphaned. I’m not sure if you were
aware that her mother died when Kathryn was quite young –
and now, her dear father, who did the right thing by sending the girl to us for her education, to be taken by
consumption.... He made his wishes known to Mother Superior
that if anything happened to him, she was to be sent to you. The entire thing is truly lamentable.”

Kathryn was prepared to tolerate Sister’s sharp tongue most of the time, however bringing up the circumstances
of both her parents’ deaths in front of this servant was un
pardonable. It made that suffocating lump close Kathryn’s throat and the tears that waited, hiding behind her self-control, threatened to spill over once again.

Biting her lip, she refused to give in to the grief. Her so-called
friends
at the academy had all watched, whispering behind her back, as they waited for her to make a spectacle of herself. Those petty tongue-waggers knew she was without
resources
, which always meant money, and had to leave the private school. When Kathryn heard the snickering, she’d resolved that the earth could crack open and swallow her whole before she’d let that pack of high-society hyenas see her cry.

Straightening her spine in a way that always made her feel in command of the situation, Kathryn hoped she appeared the very picture of the well-bred young lady
she was as she threw a silencing dagger-glare at the talkative nun. Unfortunately, it missed its mark and the sister continued on relentlessly.

“We were so glad to discover our orphan girl had an aunt to take her in. We’d worried she would become a ward of the province. Thanks be to God and you, she now has a bright future with her family. I’m afraid there were some debts,
large
debts,” the nun sniffed reprovingly. “Then the legal expenses and exorbitant train fare out here,
forty-two dollars
...” Here, her tone was filled with indignation at being charged such a scandalous amount. “All of which hasn’t left much money for our poor, poor Kathryn.”

Kathryn cringed at the word
poor
and her name being
linked in the same sentence. And was the second ‘poor’ re
ally necessary?

“The remaining money and the legal documents are in here.” The nun held an envelope out to the native woman.

Kathryn’s patience was at an end and her temper flared. What business was it of this maid’s what her circumstances were? “Those documents, Sister, are for my aunt.” She could feel her teeth clench as she attempted to wrestle the letter from the claw-like grip of the nun. “This servant...need
not...bother...with them!” She pulled hard, yanking the en
velope free.

Both women turned to Kathryn in surprise and Sister Bernadette’s mouth actually dropped open in a very unattractive way.

“I thought you knew...”
The nun’s tone was full of pity, laced with what Kathryn could have sworn was a dash of smug satisfaction. “... This
is
your aunt.”

“
My aunt!
Impossible!” The snort of derision slipped out before Kathryn had a chance to stop it. “Do I look like I could possibly be related to this woman? If you will notice, my hair is very blonde and I have a lovely pale pink complexion.” She appraised the dark-skinned servant. “We could hardly be more dissimilar if we tried and besides, Aunt Belle is wealthy with a large, prosperous ranch and many head of cattle. My father told me this himself. She’s a pillar of the community. Tell me Sister, could this woman be
that
aunt? She’s a, a...” Kathryn fumbled for the right word.

The maid raised her chin and her dark eyes, so different from Kathryn’s own green-flecked hazel, flashed a warning.

“The word you are searching for is
Métis
, and yes, I
am
your aunt. Your father obviously forgot to mention his
ancestry while he was working for that high-priced com
pany in Toronto and as to my social status – that too, was, shall we say,
exaggerated
.”

Didn't I Warn You by Amber Bardan
The Girl from Krakow by Alex Rosenberg
The Girl from Felony Bay by J. E. Thompson
Love Inspired December 2014 - Box Set 2 of 2: Her Holiday Family\Sugar Plum Season\Her Cowboy Hero\Small-Town Fireman by Ruth Logan Herne
Black Magic Woman by Christine Warren
She Ain't Heavy, She's My Mother by Bryan Batt
Longarm and the Dime Novelist by Tabor Evans
Seeker by Andy Frankham-Allen
Heart of the Matter by Emily Giffin
Fly by Night (A Gracie Andersen Mystery Book 3) by Laurinda Wallace
Our partner