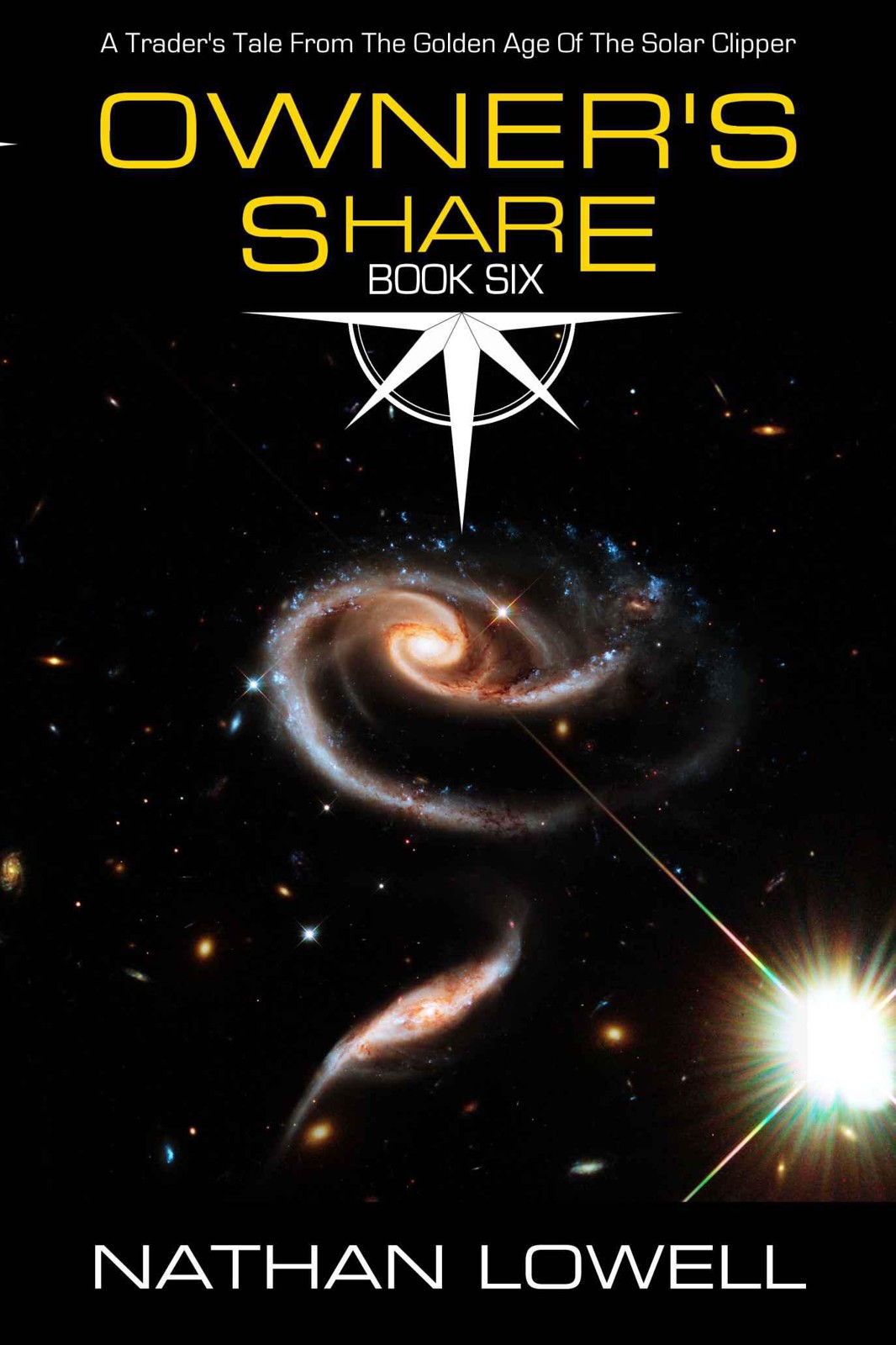 Visit us on the web at:
www.solarclipper.com

The Golden Age of the Solar Clipper
Trader’s Tales

Without Evo Terra's help and the Podiobooks platform
I would never have started this series.

Ships at a distance have every man’s wish on board. As
Agamemnon
closed the distance to Diurnia Orbital I wondered whose wishes we carried, and how the men aboard ships ever caught up with wishes of their own. I snorted quietly as I realized every other ship in the universe was at a distance from the
Agamemnon.
I wondered which one carried my wish.

“Skipper?” Mr. Hill heard me snort, and I glanced over to where he regarded me from the helm. A smile quirked the corner of his mouth.

I shook my head. “Nothing, Mr. Hill. Just considering how far away all the other ships are.”

I stood up from the duty station and stretched, twisting my torso back and forth, and gazing out at the darkness around us. “Indeed, it is, Mr. Hill. Indeed, it is.”

He gave a little nod of incomprehension before returning to his helm displays. I smiled at the back of his head, and considered how far we’d come in the few months since I’d taken over the
Agamemnon
. It gave me a feeling of satisfaction to know that we’d weathered some storms, hauled some freight, and made good profit doing it. I sighed a little and walked over to peer out of the armorglass at the glowing orb of Diurnia dead ahead.

“If you had a single wish that could come true when we get into port, what would it be, Mr. Hill?” I turned to face him then and leaned my shoulders back against the cold glass, crossing my arms over my chest.

“Yes, a wish. If your ship came in—metaphorically speaking—what wish would it bring you?”

He addressed the helm and made a minor adjustment while he considered the question. After several long moments, he looked up and shook his head slightly. “I really don’t know, Skipper. Since you’ve come aboard, things have been…” he paused and shrugged. “Well, interesting is probably the best word, sar.”

“Yes, sar, I do.” He grinned. “It hasn’t always been what I’d call fun, sar. Not all of it. But it’s been challenging and profitable. At one time I just wished I could find a berth on a decent ship. I got that, thanks to you.” He grinned and buried his gaze back in the helm’s display.

I turned to look back out at the star-spattered darkness. The subdued lighting on the bridge minimized reflections, and I had a clear view of Diurnia even though it was almost a week away. As I watched, the orbital station emerged from behind the small, blue-gray disk of the planet. The silvery can appeared as barely more than a spec glimmering against the blackness beyond.

“What about you, sar? What’s your wish?”

He gave voice to the question in my head. “I’d like to have my cake and eat it, too, Mr. Hill. I just don’t know how to make that happen.”

“Your cake, sar?” I could hear the amusement in his tone.

“Yes, Mr. Hill, my cake.” I didn’t elaborate and he didn’t press. I let the memory of her sapphire studded smiles slosh around in my brain pan for a bit, and then banished the thought once more. Each time it became harder to banish. Each time my resolve wavered a bit more. Each time I became more certain that some things could never be.

The chrono clicked over to 0500, and the rich smells of breakfast began to waft up the ladder from below decks. I sighed and returned to my station to get ready for the watch change. I finished up my log entries, and idly scanned the traffic lists for Breakall, still caught in that odd contemplative mood. On a whim, I changed the sort order to show the ships most distant from
Agamemnon
. While I watched, the scanners added another ship to the bottom of the list—
Ephemeral
, a fast packet registered in Dunsany Roads.

“You’re a long way from home.” I muttered.

Mr. Hill looked over at me, one eyebrow raised.

He grinned and turned back to his display. “Nothing much is idle with you, Skipper.”

I snorted a short laugh as Ms. Thomas clambered up the ladder to the bridge followed closely by Ms. Arellone.

Watch change went smoothly, and I took quiet satisfaction in the way Ms. Arellone had developed into a productive member of our crew. We’d been long enough underway, and changed enough watches, that Ms. Thomas and I had long since stopped comparing notes on our newest shipmate. Even Mr. Hill, the most reticent of our merry band to accept the former brig rat and bar brawler, seemed to be adjusting to her presence.

Ms. Arellone passed the ratings exam on the way out of Diurnia, and I’d promoted her back to Able Spacer on my own. Technically I should have asked permission from home office, but knowing Maloney’s attitude toward the young woman, I presented them with the
fait accompli
rather than ask permission to do what I knew to be right. Worst case, I’d have to rescind it, but I didn’t think Maloney would be that vindictive.

Desire by Ember Chase
The Thought Readers by Dima Zales
Safe and Sound by J.D. Rhoades
Greed in Paradise (Paradise Series) by Deborah Brown
Seeker of Stars: A Novel by Fish, Susan
A Touch of Sin by Susan Johnson
Dark Escort by E. L. Todd
Dine and Die on the Danube Express by Peter King
Palisades Park by Alan Brennert
An Old Betrayal: A Charles Lenox Mystery (Charles Lenox Mysteries) by Charles Finch
Our partner