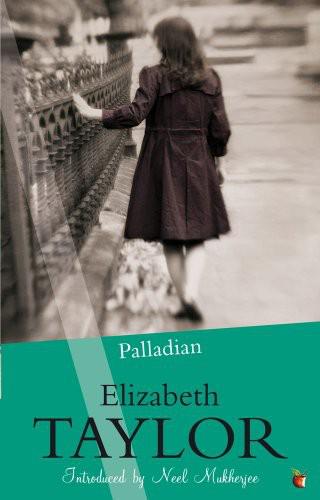 Elizabeth Taylor, who was born in Reading, Berkshire, in 1912 and educated at the Abbey School, Reading, worked as a governess and librarian before her marriage in 1936: ‘I learnt so much from these jobs,’ she wrote, ‘and have never regretted the time I spent at them.’ She lived in Penn, Buckinghamshire, for almost all her married life. Her first novel,
At Mrs Lippincote’s
, appeared in 1945 and was followed by eleven more, together with short stories which were published in various periodicals and collected in five volumes, and a children’s book,
Mossy Trotter
. Taylor’s shrewd but affectionate portrayals of middle-and upper-middle-class English life soon won her a discriminating audience, as well as staunch friends in the world of letters. Rosamond Lehmann called her ‘sophisticated, sensitive and brilliantly amusing, with a kind of stripped, piercing feminine wit’. Elizabeth Taylor died in 1975.

A View of the Harbour

A Wreath of Roses

A Game of Hide-and-Seek

In a Summer Season

The Soul of Kindness

Mrs Palfrey at the Claremont

Hester Lilly and Other Stories

The Blush and Other Stories

A Dedicated Man and Other Stories

All characters and events in this publication, other than those clearly in the public
domain, are fictitious and any resemblance to real persons, living or dead, is purely
coincidental.

Copyright © the Estate of Elizabeth Taylor 1946

All rights reserved. No part of this publication may be reproduced, stored in a
retrieval system, or transmitted, in any form or by any means, without the prior
permission in writing of the publisher.

MRS PALFREY AT THE CLAREMONT

Palladian
, Elizabeth Taylor’s second novel, was published in 1946. This and her first,
At Mrs Lippincote’s
, published the year before, advertise (I use this word advisedly) her literary forebears – Austen; the Brontës, especially Charlotte; Woolf; Flaubert; James – in a daring and supremely confident move to inscribe herself within the map of writers and writing. It was a confidence that she apparently lacked in life. She was painfully shy and shunned all publicity (perhaps contributing to her relative obscurity): she once went through a thirty-question television interview with Elizabeth Jane Howard in ninety seconds so that it could be over and done with. She was also a very private person: on her instructions, her friend Robert Liddell burned, after her death in 1975, all the letters she had sent him.
Palladian
is, on one level, her rewriting of
Jane Eyre
: a young governess by the name of Cassandra Dashwood – even that name is a nod to Austen, with whom Taylor was obsessed – arrives at Cropthorne Manor to teach the motherless Sophy Vanbrugh, daughter of Marion Vanbrugh, the man who has inherited the estate, and ends up falling in love with her employer. Or rather, to be more precise, falls in love with her Mr Rochester even
before she has begun, such is the influence of Charlotte Bronte on her impressionable mind. And talking of impressionable minds, where else do we find, in the classics, a gullible girl led by her reading to confuse life and text? Why, Catherine Morland, of course, in
Northanger Abbey
. In one neat, graceful arc, Taylor has infolded her two great literary progenitors into the body of her own work and set herself up as their heir and successor.

In keeping with the title, which invokes the shapely beauty of eighteenth-century neoclassical architecture but also the world of knowledge, wisdom and books (Palladian = pertaining to Pallas Athena), there is an answering literariness that runs as a dazzling seam throughout the book. Taylor playfully studded, like bright jewels, all her novels with literary allusions, quotations, references, conversations about books that mattered to her or related angularly to the story she was writing. In a later novel,
In A Summer Season
(1961), a crucial revelation about the hidden, unacknowledged incompatibility in a marriage occurs, characteristically between the lines, in a conversation about literary characters; the unravelling of the marriage, deferred to a few more pages after this discussion, features, centrally and slyly, the return of the book in question
(The Spoils of Poynton
, if you want to know). In
Palladian
, which is a delightfully bookish book, two of its central characters, Cassandra and Marion, are always reading and nearly always looking at life through the lenses of their reading (Marion finds the woods on his estate ‘Radcliffean’); Sophy is even writing a novel (she is an early sketch for what was to become Angelica Deverell in Angel); even Tom and Margaret, the two ‘unliterary’ characters, who are dismayed by all this bookishness, have literary quotations handy. Quotations from Shakespeare and Sappho, references to Jacobean dramatists and Turgenev, all gleam and dart through the book’s depths.

Yet the point is not to contrast those who see life mediated and refracted through their reading and those who don’t; or not
only that. The Palladian façade of the house, beautiful, elegant, but also in a state of dangerous decrepitude – exactly how lethal we’ll discover, to our enormous shock, towards the end – hides an older, jumblier medieval structure just as the glittering surface of literariness hides the roil of turbulent emotions and real, psychological damage that afflicts the lives of some of the characters. Tom’s is the most significant case in point. Blighted, irredeemably, one fears, by a loss which is revealed gradually to the reader, leached further by an enervating, shameful and hate-drenched sexual liaison with the local pub landlady, he remains the most unreconciled figure at the close of the book. If one sees the novel as a comedy – and I use it in the Shakespearean sense of the term, as a mode that ends with reconciliation and harmony, symbolised mostly in marriage, not in the modern sense of something full of jokes and gags – then Tom remains outside the fold like, say, Malvolio or Don John or Bassanio. Taylor offers redemption, in some form or the other, to all her characters in
Palladian
except to Tom. We may question how lasting or unproblematic those redemptions are, and the final sentence of the book could legitimately be interpreted as an invitation to see the triumph-of-love conclusion as provisional, but Tom remains outside all such resolutions.

But then
Palladian
is overwhelmingly characterised by the ‘C-minor mood’. It is a peculiarly death-haunted book. When it opens, Cassandra’s father has just died. We learn, almost immediately, that she is motherless too. At Cropthorne Manor, Sophy, Marion and Tom, each in her or his unique way, are marked by the death of Marion’s wife, Violet. Sophy is obsessed by the mother she has never known; Violet died giving birth to her. Even Cassandra falls under the shadow of that death, for she fears she may never measure up to Violet’s bewitching beauty and intelligence (she read Homer in Greek at the age of eight, we are informed) in Marion’s eyes. There is the beautifully
reported demise of the great-aunt who drank herself to death and left the manor to Marion. Then there are the unflinchingly bleak insights into the human condition that belie the so-called provincialism of Taylor’s manicured, well-mannered novel and the aura of a ‘woman novelist’. Here is Cassandra’s view of life and human beings:

Quite separate … Each quite separate. That is the only safe way of looking at it. And we can never be safe unless we believe we are great and that human life is abiding and the sun constant and that we matter. Once broken, that fragile illusion would disclose the secret panic, the vacuity within us. Life then could not be tolerable.

We are at the very heart of existential angst. And here is its more personal and emotional correlate, triggered by the last few hours of a dying pet:

Cassandra thought the cat would not last the night. It had reached the point she had seen before in her parents’ illnesses, when hope, carefully fostered, turns all at once to acceptance and indifference. It is a scarcely perceptible change, quick like the spinning of a coin; but once the coin lies flat there is no more to be done. There is a limit to our hold on life.

The insight is undeluded and has the harsh clarity of a searchlight. Her novels sing with this kind of plangent music, a music that touches on the core of something far deeper than the lives of her protagonists, something at once universal and existential, while remaining firmly tethered to the characters and plot, to the very solidity and ‘realness’ of her people. The books are all the more powerful for this anchor.