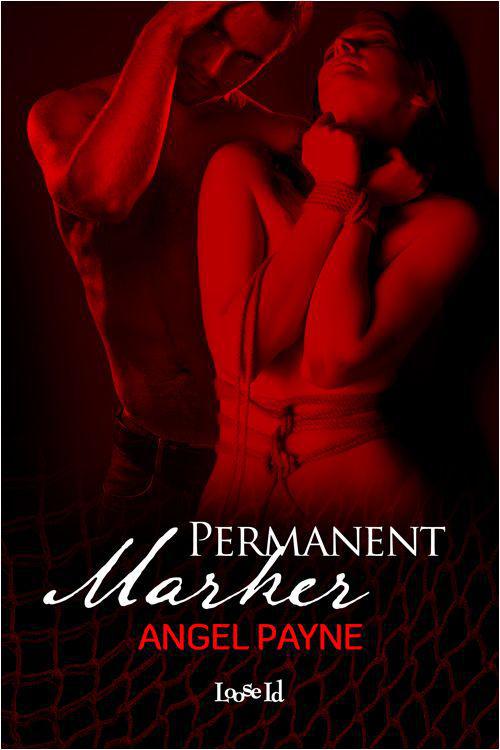 As always…for Sir. You believe in me more than I believe in myself. Thank you. I love you.

I am blessed with the world’s most amazing editor. Thank you for everything, Rory. You elevate the work on a constant basis, and I’m so thankful for you.

And many thanks as well to Janet Snell, beta reader extraordinaire and “amazing scene fixer”—especially when it comes to the kinky stuff. What’s up with that, JS?

And very humble, grateful hugs to Jade Barker, Kimberly Ream, Tracy Roelle and Jodi Lucius for being my first reader cheerleaders. You all made my first steps into this a more joyful and incredible experience!

As April 26 dawned over Nassau, he stood on the sand of Cable Beach and watched the sun burn away the early-morning mist, then throw specks of warm gold onto the waters of Delaport Bay. The majority of Nassau still slept, including the fifty men and women from Global Restoration Incorporated that he’d be training during the next ten days. They were all needed in Iraq in a month to start rebuilding a school and hospital in Baghdad. GRI thought their training for hell would “take” better in a place that felt like heaven.

The setting didn’t help his soul this morning.

He’d accepted the project eagerly enough, knowing damn well over which date it would fall. But since stepping away from the chaos of being a US senator, Mark came to enjoy these training gigs as a pleasant, even welcome, time fill. They gobbled up the lonely stretches between the advisory meetings he still got called to on Capitol Hill and the frequent trips to cheer on Dasha, pop-star daughter extraordinaire, who’d just finished the most successful year yet of her career. So effectively, there was always someplace to be, something to do, enough on the calendar so he’d forget April 26 was on its way. And if he couldn’t forget, then maybe he’d be too exhausted to ache. Too weary to grieve. Strong enough not to miss her.

“Happy anniversary, sweeting.” He murmured it into the balmy breeze, a mocking contrast to the freezing landscape of his spirit. Dangling from his fingers was a collar, white leather encrusted with sapphires, which had been custom fitted for the woman who once wore it. The delicate circle had been empty now for four years. Cancer had severed their mortal time together, but in the depths of his heart, it was as if Heather still knelt before him, submissive and breathtaking. She’d shared his life, borne his child, captured his soul…and yes, worn his collar with all the joy and love in her boundless heart.

There would be no other like her. Mark hadn’t even tried looking. God didn’t duplicate stars or snowflakes. He sure as hell hadn’t duplicated Heather.

Soft but sure, a voice swirled around his senses like the mist off the waves. He inhaled, letting her whisper fill him, ease him.

As I miss you, Master.

The endearment brought a bittersweet smile to his lips. He braced his feet in the sand, digging his hands into the pockets of his khaki shorts. Despite the peace she brought to his soul, the damn sting behind his eyes got stronger. He gritted his teeth against the invasion. The effort was an abysmal failure.

When did this get any easier? When did the pain stop?

He dragged in a sigh. It felt like inhaling glass. “I know, all right? Damn it, I know.”

A harsh chuff burst out. “Topping from the bottom yet again, love? You know how much that pisses me off.”

I’m right this time. You’re ready. It’s time to move on, to have joy, to live…and yes, to love again. You have so much to give somebody. Go find her. Go guide her. Give her what she needs. Give her all the magic of you. All the magic that I’ll always love…

With another whisper of the morning wind, she was gone. For good.

He supposed his system remembered to breathe. For a long minute, he didn’t care. The loss ripped through him anew, slashing just as much as the day he’d first laid her in the ground. He stared at the waves, hating them for pretending to roll in at the shore as if nothing had happened, as if his world hadn’t shattered all over again. But then the sun crested over the water, blinding in its intensity, shaking him. Oh yeah, as if Heather stood here doing the exact same thing.

It was a new day. It was time to wake up. To continue living. Somehow, he had to. He would. It was going to be hell, but he would.

Two hours later, after showering and changing out of his beach clothes, he made his way to the classroom the resort had reserved for the training. By now his morose mood was jammed down behind the composed, commanding statesman for which GRI had paid a prince’s ransom.

The persona wasn’t an act. He liked himself in this form, especially today when he brought out a little more of the Dominant in him, in honor of Heather. He looked the part, as well. The deep brown open-necked shirt matched his eyes. The tan pants were tailored for him, purchased last week when Dasha had taken him on a father-daughter shopping spree in Chicago, and were half a shade darker than his close-cropped hair, beard, and mustache. He’d been in the city for the GRI briefing, and Dasha for a special taping with Oprah. She’d convinced him to let out his “inner rebel” by pairing the whole thing with a new pair of dark brown boots in soft Italian leather.

His trainees began to file into the room. The crowd, ranging in age from twenty-eight to thirty-five, contained executives and engineers of both genders. They’d all been with GRI for at least a year and completed a rigorous internal application process to be selected for this task force. The company had put them through six weeks of something close to corporate boot camp, including intense behavioral simulations, days of scheduled
and
surprise physical endurance tests, and countless evaluations to gauge their mental adaptability, including two rounds of planned sleep deprivation. They were the final fifty, gleaned from a field of over five hundred, so the general air of cocky celebration in the room was both tangible and understandable.

It also explained why he couldn’t help the comparisons to a high school homeroom. The usual suspects emerged all by themselves. There was the class clown, making himself obvious by the open smirk he flashed upon entering, then turning to his buddies to get off a couple more jokes before they settled in. There was the Barbie and Ken couple, likely to be bumping plastic bodies before today turned into tomorrow. It went on with a few more. He tagged the jock, the drama queen, the fashionista—

Then the one who’d clearly walked into the wrong room.

Mark stopped collating his course packets to watch her. Though she wore a light knit dress and matching jacket, the business-casual attire matched by a number of women in the room, she might as well have been in a Victorian day gown as she moved, fluid and graceful, down the tiers of the classroom. Despite her smooth bearing, she couldn’t completely hide the gentle curve of her hips, hugged by the dress, or her round and plentiful cleavage, kissed by the bottom of her ponytail. That rope of luxurious russet was softened by little tendrils that framed her face, centered by eyes so huge he already noted their color. Deep velvet brown. Her mouth, straight out of an antique cameo, was set with firm concentration. But he noticed a tentative tremor to it as she lifted it in a smile toward him, planting herself in a seat at the front of the room.

That smile
. When was the last time anyone had looked at him like that? Without complication. Without expectation. Without anything but a little curiosity and a lot of friendliness.

She
had
to be in the wrong place.

Mark approached, hoping his face gave the same first impression as hers. For the first time in a long time, he wasn’t completely confident of himself. “Hello.”

She tilted her head as she took her seat, and again it seemed like a Canterbury bonnet belonged there. “Good morning, Senator Moore.”

He chuckled. “Hmm. That answered my first question about you.”

Her cheeks went the color of two English roses, ensuring he couldn’t rip his gaze from her. “What question was that?”

“I was sure you’d wandered into the wrong meeting room.”

Her face tightened. Determination swirled in her boundless eyes. “Oh, I’m in the right place. I can assure you of that.”

Mark didn’t shirk from the intensity of her statement. For a second, that appeared to stun her. He smiled again, watching every nuance of her reaction to him. And hell yes, he liked that he got to observe it from where he stood. Because she’d chosen the front row of the room, he now stood above her, making her turn that elegant face fully up to him. If he took half a step closer, he’d be able to reach down and take her chin in his fingers, compelling her to arch her head back, exposing more of her creamy neck to him, her eyes closing in willing surrender…

Something flared in his blood. Something hot, unfamiliar, unsettling. Dangerous.

Which was why, like a complete fucking fool, he craved more.

“I can see that now.” He indulged that step toward her but shoved his hands into his pockets. Time for a safer subject: the observation that was as clear as the classic nose on her face. “You really want to be here, don’t you?”

A pulse jumped in her throat, mesmerizing him. As he pressed on the word
want
, she sent a swallow down that smooth column too. He endured a similar clutch in his own breath. Hell. This wasn’t anything he’d felt since—