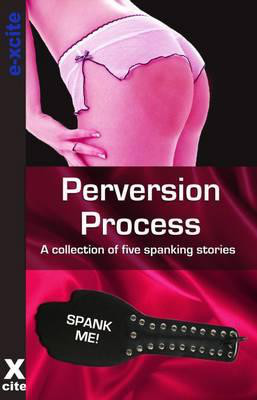 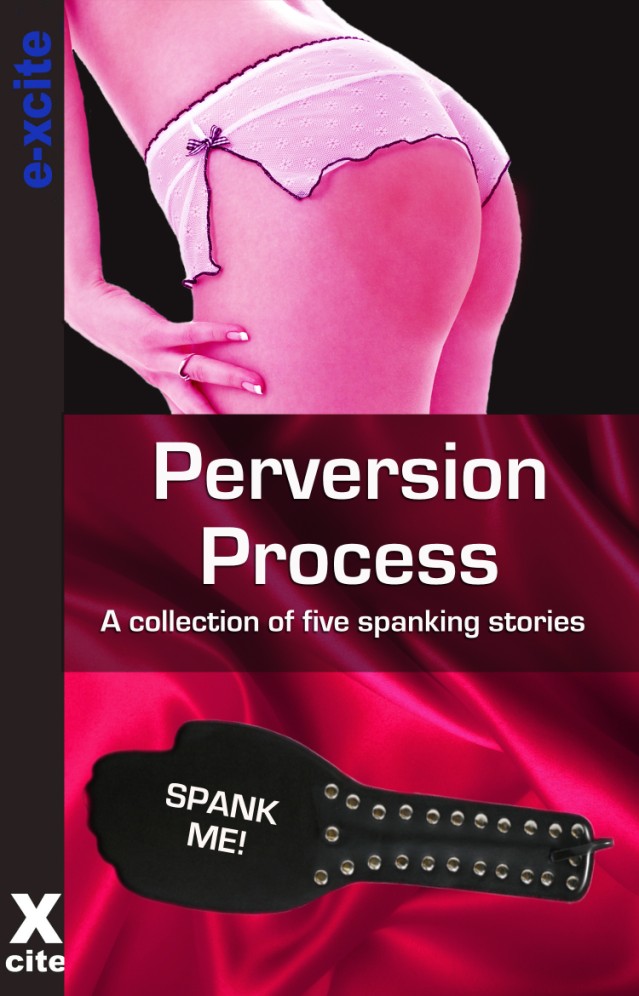 These stories have also been published in Ultimate Spanking ISBN 9781907016127

All rights reserved. No part of this book may be copied, or transmitted in any form or by any means, electronic, electrostatic, magnetic tape, mechanical, photocopying, recording or otherwise, without the written permission of the publishers: Xcite Books, Suite 11769, 2nd Floor, 145-157 St John Street, London EC1V 4PY

The stories contained within this book are works of fiction.

Names and characters are the product of the authors‟

imaginations and any resemblance to actual persons, living or dead, is entirely coincidental.

Paying for It
Justine Elyot

Spend or Save
Heidi Champa

Oliver is the one who turned me into a pervert, or, at least, that‟s what I like to say. Before I met him, I was definitely more on the vanilla side. I might have gotten a light spanking or two, had ice cubes shoved up my pussy, had a lover hold me down while he slammed his cock in and out of me, but Oliver took all of that to a new level.

He meant business, and he showed me that in the backseat of his car after our first date. It had been a blind date, a set-up by my friend Christine.

„But what is it about him that I‟ll like?‟ I‟d pestered her for the umpteenth time over margaritas, my voice sounding whinier as the night and the drinks went on.

She‟d shown me his photo and all but handed me his resume and, while he was cute, I couldn‟t really tell why she was so gung ho for me to meet him. Sometimes, though, I guess our friends know us better than we know ourselves, or maybe it was a lucky guess. I certainly hadn‟t confessed my kinky fantasies to her, or anyone else.

And I wasn‟t expecting Oliver to do more than try to cop a feel, maybe get up my skirt, so I agreed to come in for a nightcap. He brewed us both strong cups of tea, but, instead of placing them at his dining room table, he brought them both over to a large chair, rested them on the small table next to it, and told me to come sit on his lap. „Like Santa?‟ I joked.

„Even better,‟ he said. So I did. I sat on his lap, even though my just-above-the-knee-length skirt meant my thighs would be bared to him. I shifted so I was straddling one of his legs, already feeling myself get wet. „Here‟s your tea,‟ he said, handing me the glass. It was awkward, sitting like that and not acknowledging it. His whole body was so solid and firm beneath me, but I just politely twisted my head around and asked him more about running his own car dealership and his travels, while he asked me about being a fundraiser for a non-profit.

Then all of a sudden, he made me spill my tea. Well, maybe he didn‟t make me, but I wasn‟t expecting him to ask, „How do you feel about spanking?‟

„You mean, parents and kids?‟ I asked, stalling for time, not wanting to let on that the word had instantly conjured up images of my bottom bared for him, of my ankles and wrists bound, of him thrashing me with all kinds of implements, of him spanking me all over.

He took my hand and pressed deeply into my palm before pinching the skin there. My tea forgotten, he looked intently into my eyes and said, „Serena, you know that‟s not the kind of spanking I‟m talking about. Don‟t be coy; it doesn‟t suit you. I‟m asking you how you‟re going to like it when I take you naked across my knee and spank that sweet ass of yours until you scream?‟ He stopped playing with my hand, letting it simply rest against his.

I swallowed hard, my face turning beet-red – I could feel it.

writhed on top of him. Oliver was dead serious, like spanking was the only topic that mattered – and suddenly, it was.

„How much, Serena?‟ he said, inching closer, close enough so he could casually slip his hand down my skirt, toying with my thong by tugging it upward so it cut into my pussy lips, making me squirm. „How much would you like it? What would you do for me in return?‟ He let my thong slap back against my skin, then dipped his fingers into the area approaching my crack.

„Whatever I want?‟ he asked, his voice suddenly rising into a tone that was light, almost festive. „Even if I want to tape you being spanked and show it to all my friends so they can jerk off to you? Even if I want to blindfold you and gag you and use all my favorite toys on you? Even if I want to make you suck another man‟s cock while I spank you very, very hard? That would be okay?‟ His voice had returned to its previous fervour, and I could tell he was dying to touch me more intimately.

I nodded, letting a tear stream down my face. He stared 3

at me intently, and I wasn‟t sure if Oliver would gently wipe or lick away the tear, or rip my clothes off and get us started on our spanking journey. What he did was this: he wrapped one hand gently around my throat, his thumb pressing against the tender point in the centre, and with his other hand, he slapped my face. Gently, at first, but enough to make me tremble, inside and out. My breath roared through my nose, then back out, and he slapped me again. „You like to get spanked all over, don‟t you, Serena? Don‟t pretend,‟ he said, then slapped my face again. I couldn‟t deny it: the slaps made my pussy tight and wet, my cheek braced for the next blow, anticipating it even as I feared it, each sensation feeding off the other.

Then he pushed up my shirt, hardly glancing at the luxury push-up bra I‟d purchased earlier in the day in his haste to peel down the cups. He then slapped my breasts in turn, while I sat there and took it. Okay, I didn‟t just sit there, and I didn‟t just take it. I liked it, craved it, wanted it. I hummed, then moaned in arousal as his hand struck each nipple directly, over and over again, before he leaned down and bit one while twisting the other. My pussy was starting to hurt, making me wonder if I was having the female equivalent of blue balls. It felt almost too good. When my hands threaded through his hair, urging him on, Oliver pulled up.

„Did I say you could put your hands on me? You don‟t touch me without permission, little girl, and you know that,‟ he said. No, technically I didn‟t know it, but I want to learn, wanted to be his student, his slut, his sub. „Get up,‟ he snapped, then pulled me up by one nipple. My purple skirt rippled to my ankles. Out of his pocket, he drew a Swiss army knife, unleashing the blade. My eyes went wide, and I trembled this time with a touch of real fear. He smiled at me wickedly as he flashed the blade at 4

me. „Oh, you won‟t get this against your skin until you‟ve earned it. I‟m using this to get rid of your pesky clothes,‟

he said, before slicing through my blouse, then the $100

bra, then the long skirt, even though it was already almost off, followed by my black silk panties. Those were pretty much worthless by then anyway, soaked through as they were. My clothing fell to the floor, and I almost did too.

He tossed the knife on the table, then turned me around.

„Raise your arms above your head,‟ he said, and I did, standing there in only my heels, necklace and earrings.

„Shut your eyes; I‟ll be right back.‟

I wouldn‟t have considered ignoring his order. This was the best first date I‟d ever been on, one that, even if we never hooked up again, had already given me practically endless fodder for future orgasms. I heard him return and tried to stand straighter, my calves feeling the strain of the position. First, he slipped a blindfold over my eyes, a blessed relief. I didn‟t want to see, only to feel.

Then a collar that he fastened tightly around my neck, tugging on it and making my juices dribble down my thighs. But then he fastened cuffs to my arms, and must have climbed onto the chair to fasten them to the ceiling. I hadn‟t noticed a hook, but, then again, I hadn‟t been looking. The heels were the only thing saving this position from being truly uncomfortable, giving me just the needed height. „Now you‟re ready,‟ he said, slipping his hand between my legs. I thought maybe he was going to offer me some relief: ram them deep into my core, let me clench around him rather than clench uselessly. But no. All I got was a light stroke, barely a tickle, against my wet sex. „Spread your legs.‟

I did, enough to feel the air greet my cunt lips. „I take it you‟ve been spanked before, Serena,‟ he said, pausing while I nodded and murmured something I hoped sounded 5

like yes. „Good, because I don‟t believe in going easy on bratty girls like you. Not only don‟t you deserve it easy, you won‟t like it. I know you. I know that you will rise to the occasion. Say „orange‟ if you need me to slow down,

„red‟ if you want me to stop.‟ I nodded again. „But, Serena? I‟ll be very disappointed if you have to safeword.‟ I swallowed, wondering just what he was planning to do to me. I didn‟t want to disappoint him, already, that early, didn‟t want to jinx what could be a very pleasant future. He leaned down and kissed me, then bit my lower lip, enough to make it sting. I tried to kiss him back, but he spat in my mouth, making me rush to swallow. „Oh, and how could I forget?‟ he asked the air, before sliding clamps around my nipples and fastening them tight.

„Do you need to be gagged?‟ he asked me. It felt like a trick question. I‟m a screamer, a loud one. Did he want to hear me scream? Did I? Or did he want me quiet and compliant?

„I don‟t think so,‟ I said, playing it safe, figuring he could always gag me later.

„Good. Now you‟re ready.‟ His voice was at once a bit scary and soothing, letting me know he did, indeed, plan to hurt me, but that he‟d be there to take care of me afterward. I heard all that in his voice, and had trusted him from the moment we‟d met, not because of Christine, but because of him. I‟m good with people, can almost always tell at the start if they‟re trustworthy. I can‟t predict the future or if a relationship will last, but I can tell if someone is worthy of giving over my body, my mind, my soul, as I was about to do. I‟d never been wrong.