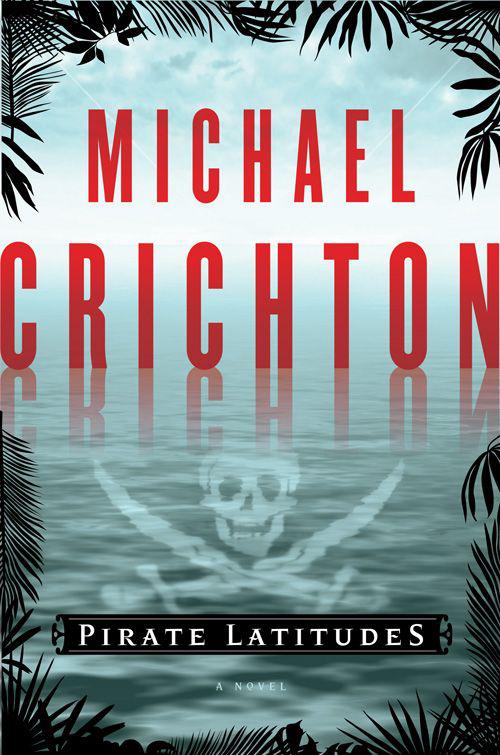 Part V: The Mouth of the Dragon

Other Books by Michael Crichton

S
IR JAMES ALMONT, appointed by His Majesty Charles II Governor of Jamaica, was habitually an early riser. This was in part the tendency of an aging widower, in part a consequence of restless sleep from pains of the gout, and in part an accommodation to the climate of the Jamaica Colony, which turned hot and humid soon after sunrise.

On the morning of September 7, 1665, he followed his usual routine, arising in his chambers on the third floor of the Governor’s Mansion and going directly to the window to survey the weather and the coming day. The Governor’s Mansion was an impressive brick structure with a red-tile roof. It was also the only three-story building in Port Royal, and his view of the town was excellent. In the streets below he could see the lamplighters making their rounds, extinguishing streetlights from the night before. On Ridge Street, the morning patrol of garrison soldiers was collecting drunks and dead bodies, which had fallen in the mud. Directly beneath his window, the first of the flat, horse-drawn carts of water carriers rumbled by, bringing casks of fresh water from Rio Cobra some miles away. Otherwise, Port Royal was quiet, enjoying the brief moment between the time the last of the evening’s drunken revelers collapsed in a stupor, and the start of the morning’s commercial bustle around the docks.

Looking away from the cramped, narrow streets of the town to the harbor, he saw the rocking thicket of masts, the hundreds of ships of all sizes moored in the harbor and drawn up to the docks. In the sea beyond, he saw an English merchant brig anchored past the cay, near Rackham’s reef offshore. Undoubtedly, the ship had arrived during the night, and the captain had prudently chosen to await daylight to make the harbor of Port Royal. Even as he watched, the topsails of the merchant ship were unreefed in the growing light of dawn, and two longboats put out from the shore near Fort Charles to help tow the merchantman in.

Governor Almont, known locally as “James the Tenth,” because of his insistence on diverting a tenth share of privateering expeditions to his own personal coffers, turned away from the window and hobbled on his painful left leg across the room to make his toilet. Immediately, the merchant vessel was forgotten, for on this particular morning Sir James had the disagreeable duty of attending a hanging.

The previous week, soldiers had captured a French rascal named LeClerc, convicted of making a piratical raid on the settlement of Ocho Rios, on the north coast of the island.

On the testimony of a few townspeople who had survived the attack, LeClerc had been sentenced to be hanged in the public gallows on High Street. Governor Almont had no particular interest in either the Frenchman or his disposition, but he was required to attend the execution in his official capacity. That implied a tedious, formal morning.

Richards, the governor’s manservant, entered the room. “Good morning, Your Excellency. Here is your claret.” He handed the glass to the governor, who immediately drank it down in a gulp. Richards set out the articles of toilet: a fresh basin of rosewater, another of crushed myrtle berries, and a third small bowl of tooth powder with the tooth-cloth alongside. Governor Almont began his ministrations to the accompanying hiss of the perfumed bellows Richards used to air the room each morning.

“Warm day for a hanging,” Richards commented, and Sir James grunted his agreement. He doused his thinning hair with the myrtle berry paste. Governor Almont was fifty-one years old, and he had been growing bald for a decade. He was not an especially vain man — and, in any case, he normally wore hats — so that baldness was not so fearsome as it might be. Nonetheless, he used preparations to cure his loss of hair. For several years now he had favored myrtle berries, a traditional remedy prescribed by Pliny. He also employed a paste of olive oil, ashes, and ground earthworms to prevent his hair from turning white. But this mixture stank so badly that he used it less frequently than he knew he should.

Governor Almont rinsed his hair in the rosewater, dried it with a towel, and examined his countenance in the mirror.

One of the privileges of his position as the highest official of the Jamaica Colony was that he possessed the best mirror on the island. It was nearly a foot square and of excellent quality, without ripples or flaws. It had arrived from London the year before, consigned to a merchant in the town, and Almont had confiscated it on some pretext or other. He was not above such things, and indeed felt that this high-handed behavior actually increased his respect in the community. As the former governor, Sir William Lytton, had warned him in London, Jamaica was “not a region burdened by moral excesses.” Sir James had often recalled the phrase in later years — the understatement was so felicitously put. Sir James himself lacked graceful speech; he was blunt to a fault and distinctly choleric in temperament, a fact he ascribed to his gout.

Staring at himself in the mirror now, he noted that he must see Enders, the barber, to trim his beard. Sir James was not a handsome man, and he wore a full beard to compensate for his “weasel-beaked” face.

He grunted at his reflection, and turned his attention to his teeth, dipping a wetted finger into the paste of powdered rabbit’s head, pomegranate peel, and peach blossom. He rubbed his teeth briskly with his finger, humming a little to himself.

At the window, Richards looked out at the arriving ship. “They say the merchantman’s the
Godspeed
, sir.”

“Oh yes?” Sir James rinsed his mouth with a bit of rosewater, spat it out, and dried his teeth with a tooth-cloth. It was an elegant tooth-cloth from Holland, red silk with an edging of lace. He had four such cloths, another minor delicacy of his position within the Colony. But one had already been ruined by a mindless servant girl who cleaned it in the native manner by pounding with rocks, destroying the delicate fabric. Servants were difficult here. Sir William had mentioned that as well.

Richards was an exception. Richards was a manservant to treasure, a Scotsman but a clean one, faithful and reasonably reliable. He could also be counted on to report the gossip and doings of the town, which might otherwise never reach the governor’s ears.

“Aye, sir,” Richards said, laying out Sir James’s wardrobe for the day on the bed.

“Is my new secretary on board?” According to the previous month’s dispatches, the
Godspeed
was to carry his new secretary, one Robert Hacklett. Sir James had never heard of the man, and looked forward to meeting him. He had been without a secretary for eight months, since Lewis died of dysentery.

“I believe he is, sir,” Richards said.

Sir James applied his makeup. First he daubed on cerise — white lead and vinegar — to produce a fashionable pallor on the face and neck. Then, on his cheeks and lips, he applied fucus, a red dye of seaweed and ochre.

“Will you be wishing to postpone the hanging?” Richards asked, bringing the governor his medicinal oil.

“No, I think not,” Almont said, wincing as he downed a spoonful. This was oil of a red-haired dog, concocted by a Milaner in London and known to be efficacious for the gout. Sir James took it faithfully each morning.

He then dressed for the day. Richards had correctly set out the governor’s best formal garments. First, Sir James put on a fine white silk tunic, then pale blue hose. Next, his green velvet doublet, stiffly quilted and miserably hot, but necessary for a day of official duties. His best feathered hat completed the attire.

All this had taken the better part of an hour. Through the open windows, Sir James could hear the early-morning bustle and shouts from the awakening town below.

He stepped back a pace to allow Richards to survey him. Richards adjusted the ruffle at the neck, and nodded his satisfaction. “Commander Scott is waiting with your carriage, Your Excellency,” Richards said.

“Very good,” Sir James said, and then, moving slowly, feeling the twinge of pain in his left toe with each step, and already beginning to perspire in his heavy ornate doublet, the cosmetics running down the side of his face and ears, the Governor of Jamaica descended the stairs of the mansion to his coach.