Read Prelude to a Fantasy: Prequel to Harmless Book 8 Online

Prelude to a Fantasy: Prequel to Harmless Book 8 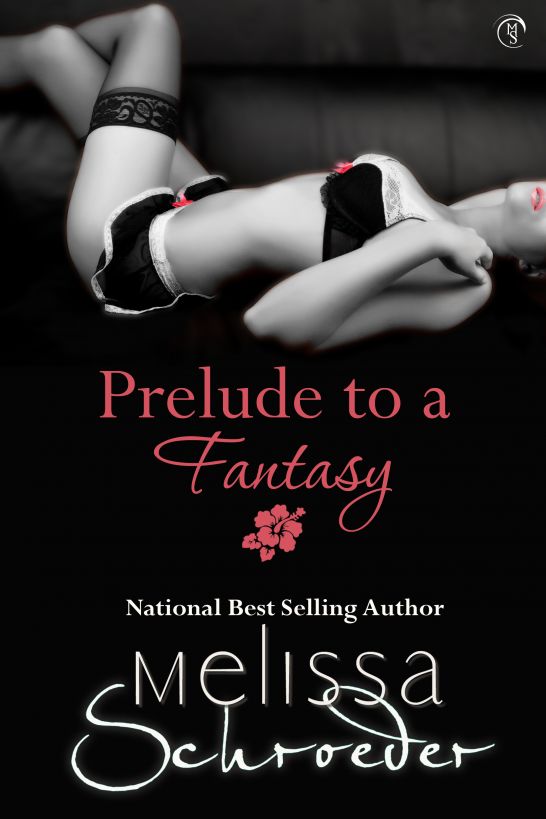 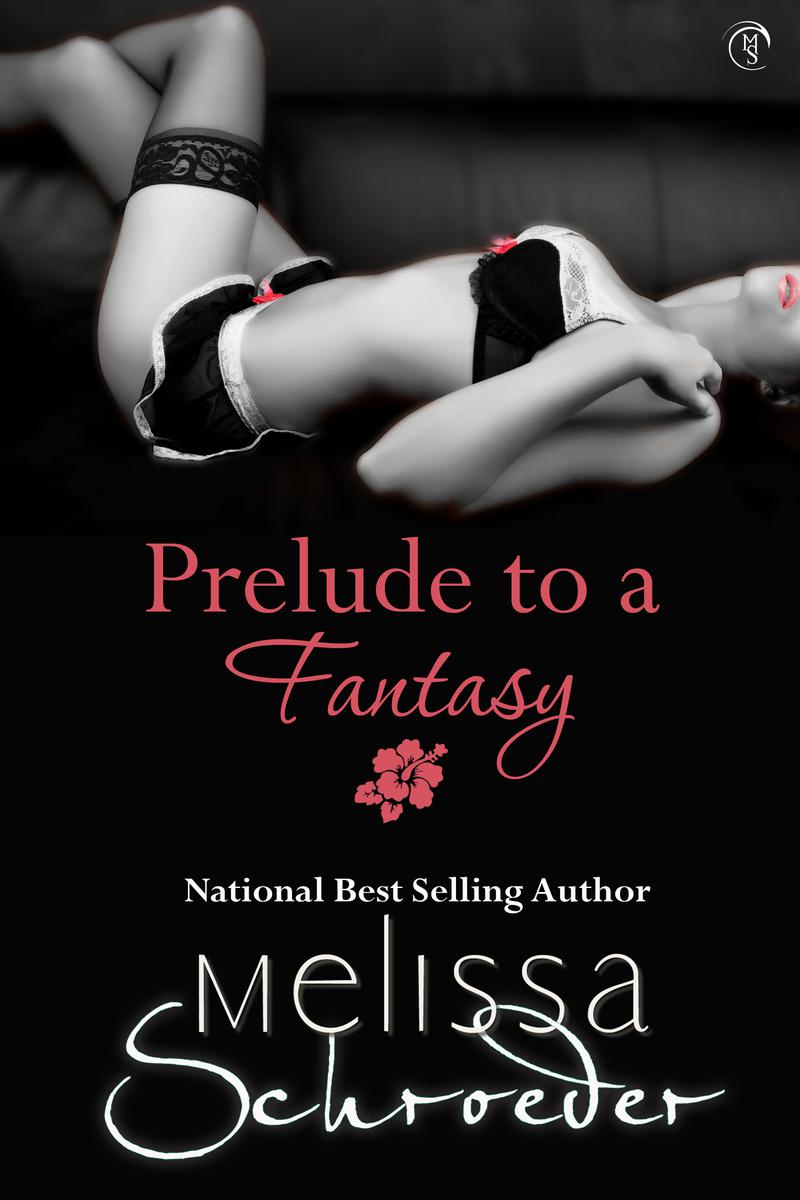 Prelude to a Fantasy

One night in Hawaii leads to more than
either of them are ready for. Join Zeke and Maura for one night to
see how it all started.

eBooks are
not
transferable. They cannot be sold, shared or given away as it is
an infringement on the copyright of this work.

This book is a work of fiction. The names,
characters, places, and incidents are products of the writer’s
imagination or have been used fictitiously and are not to be
construed as real. Any resemblance to persons, living or dead,
actual events, locale or organizations is entirely
coincidental.

Prelude to a Fantasy Copyright © 2012 by
Melissa Schroeder at Smashwords

All Rights Are Reserved. No part of this book
may be used or reproduced in any manner whatsoever without written
permission, except in the case of brief quotations embodied in
critical articles and reviews. First electronic publication:
December, 2012

Prelude to a
Fantasy

Other books by Melissa
Schroeder

Prelude to a
Fantasy

A prequel to A Little Harmless Fantasy

Zeke breathed in the warm Hawaiian night air
as he pulled Maura out of Rough ‘n Ready trying to cool his
irritation. Anger boiled in his gut and his hands itch to hit
something. Zeke couldn’t remember the last time he lost his temper,
but he was dangerously close tonight. Conner wouldn’t have been
happy if he had to bail Zeke out of jail because he beat the shit
out of some Dom with an Aussie accent.

Zeke was known for his cool head, but Maura
knew just what fucking buttons to push. Hell, it was like she sewed
them.

“Zeke, wait,” she said struggling against
his hold.

His cock twitched. Shit. He was lucky to
have any kind of ability to walk a straight line at the moment. He
had spent the night trying to fight every hormone in his
body—especially the ones that were telling him to get a cab and
make love to her in the backseat.

What the bloody hell was the woman doing to
him?

“Your brother sent you here to check out the
woman, not be checked out.”

It wasn’t easy dealing with his feelings
toward Maura. He had been protective of her from the moment he met
her several years earlier. She was Conner’s sister and that made
her part of his family in a way. They had been working closely the
last few months and now…he couldn’t get her out of his mind. Each
date she talked about had him ready to go mental on men he had
never met. Tonight, he’d been damned close to beating the living
shit out of a guy just because he’d tried to pick her up. It was
bad enough she apparently thought she was into BDSM, but now she
thought she could play.

Not while he was within grabbing
distance.

She huffed pulling him out of his thoughts.
"Well, I’m pretty sure he didn't want us to leave before we have
the information."

A growl threatened to explode. The woman
just would not let it go. "We found the girl. All we have to do is
call Conner. He'll come over, we'll go back to Miami."

And I can find someone to clear you out
of my system
.

He had to or he would go insane. From the
moment they landed in Hawaii his body had been humming. He wanted
to touch her, taste her; he wanted to fuck her until she couldn't
walk.

And that was
not
something a guy did
to his best friend's sister.

"Really, I just wanted to look around. I
thought it might be interesting to talk to one of the owners."

He stopped abruptly and she stumbled into
him. His body reacted immediately. Hell, he was already half
aroused, and now that she had her entire body against his, he
barely had enough blood in his brain to function.

Zeke turned and crowded her up against the
wall.

"And just what the hell do you mean by that?
What are you looking for woman?"

She settled her hands on her hips and raised
her chin slightly. Oh, fuck. It was hard enough to resist the woman
but when she got argumentative, it made him want to kiss her. "I
just wanted to talk to him. I've been thinking about exploring my
needs."

Zeke didn’t play, never got into it. Not for
himself. He didn’t actually play. He had another kind of need in
the bedroom, but, well, Rory was off somewhere on assignment.
Besides, Zeke wasn’t sure he wanted share her with his lover. Rory
wasn’t the settling down type, no matter how much Zeke wanted him
to. Not to mention, Conner wouldn’t be happy if Zeke slept with
her. If he shared her with Rory…well, that would end the friendship
and their company more than likely.

“Your brother didn’t finance this trip for
that and you know it. Besides, what do you know about your
needs?”

Okay, now he sounded like an ass. She rolled
her eyes and started to walk away. He grabbed her again and pulled
her back. This time he stepped closer. He caught a whiff of her
scent just then. She always smelled of cinnamon…like some kind of
sweet treat.

God help him, he wanted to take a big long
lick.

He shook his head and tried to get his mind
back on the discussion. “Listen up, Maura. Those guys in there
don’t play around.”

Her lips curved and he couldn’t help the way
his heart did a little tap dance. Her tongue darted out over her
bottom lip. It took every bit of his control not to swoop in for a
taste.

“I thought that’s what these guys were here
for.”

“They are more than you can handle, little
girl.”

If anything, her chin went up higher. Damn
her for being so fucking determined. And damn him for being in love
with her.

His brain stopped right there and then. In
love. Him. With his best friend’s sister.

He shook his head trying to ignore the
dominant thought. Fuck, he
was
in love with her. What the
bloody hell was wrong with him?

“Are you going to continue to stand there
and say nothing?”

He grabbed her hand and hauled her down the
street. If he was lucky, he would ignore just how perfectly right
it felt to touch her this way.

“Your brother said to keep a low
profile.”

She didn’t snort but he knew she was close.
Lately, Maura had been trying to break away from her brother. Not
completely, but enough to spread her wings. The former FBI agent
wasn’t too happy that his sister was so open. Zeke was caught in
the middle. It was hard enough dealing with Maura on a daily basis,
but now that she had decided to explore her sexual options he was
having problems forming words.

Zeke wanted to be one of those options more
than he wanted his own breath.

“Why are we heading back to the hotel?” she
asked sounding more like a pissed off teenager. Dammit, why was
that attractive to him?

“Because, we have to report in.”

The moment he said it, her phone rang with
the Darth Vader Death March music.

She smiled and answered.

She frowned. “There is nothing wrong with my
tone. And to answer your question—although you didn’t ask it but I
am assuming you would—yes, we found her. Not sure how long she’ll
last here so you might get here as fast as you can.

She was silent as she listened to her
brother and Zeke found himself losing his thoughts again. Lately,
whenever he looked at her,
really
looked at her, he couldn’t
think. There had only been one other person who had done that to
him, and it scared the hell out of Zeke.

The wind caught a strand of her hair and she
brushed it away. The gesture was small but so feminine that he
found himself mesmerized by it.

She held the phone out to him. For a second,
he couldn’t act. His brain just couldn’t seem to work.

He took the phone. “Hey, Conner, shouldn’t
you be in bed?”

“I want you to stay there.”

He held the phone out and looked at it. Then
he brought it back to his ear. “What?”

“I’m going to head out that way and should
get there tomorrow or the next day. I want you two to stay there
and keep an eye on the girl.”

“You want us to stay here?” Zeke asked,
cursing inwardly.

There was a pause. “Do you have a problem
with that?”

It wasn’t a good idea, but he couldn’t say
that to Conner. He would ask Zeke why he didn’t think it was a good
idea. Telling Conner he wanted to fuck Maura until they were both
too tired to walk, probably wouldn’t go over well. It wasn’t
something you said to your best friend about his little sister.

“Great. I’ll get a flight. I don’t want to
have the jet come all the way back here for me. Go to bed.”

Conner clicked the phone off before Zeke
could respond. Of course he did. He always did. Conner was a man
who had little time for small talk and when he was done with his
conversation, he was gone.

He looked at Maura. Her gaze was hopeful and
her face flushed with excitement.

“Yeah. Conner’s gonna try and get here by
tomorrow.”

She smiled at him, and those damn green eyes
sparkled behind her glasses. “Sounds like an excellent plan to
me.

Ah, shit, he was in trouble.

Maura couldn’t keep from tapping her foot in
the elevator. All the energy from Rough ‘n Ready seemed to have
followed her back to the hotel. She had never felt so alive. It
just proved to her more that she needed to look into learning more
about the life.

He had always been an odd companion for her
brother—or so she had thought at first. Dreads, tattoos, an Irish
accent, and the most scrumptious eyes made him impossible to
ignore. She didn’t know men could have such long eyelashes. When he
would look at her it was like the world faded away.