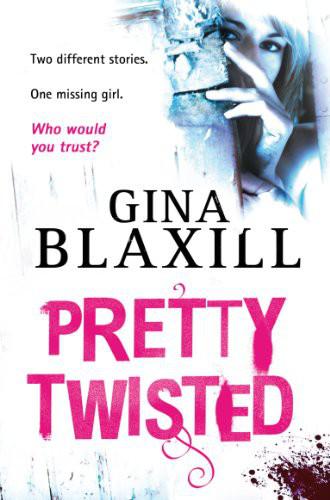 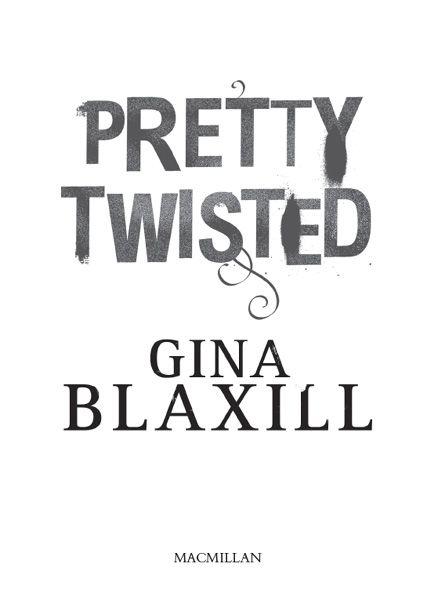 To my wonderful parents, Sheila and David,

and to the memory of Rudi Everton Star

We were shown into the police-station waiting room. Mum and Dad sat down, but I stayed on my feet. Apart from being worried, I was angry – at myself. Freya had been missing since Saturday 18th – a whole eight days, yet stupid me had delayed reporting it for a week, thinking I could play detective. What an idiot I’d been! This wasn’t about us any more. If Freya had been abducted, a day could make all the difference, and if she ended up dead, it would be my fault.

I glanced at my parents, wondering how they were managing to stay calm. For a moment I imagined how we must appear to someone walking into the room. Dad, broad-shouldered, bearded, obviously an outdoors type, dressed in jeans, sweater and peaked cap that had all seen better days. He wouldn’t have looked out of place in a farmyard. Mum, older than most mothers of teenagers, neatly but plainly dressed, thick red hair, no make-up, no jewellery aside from her wedding ring. She was wearing her best coat, but somehow it seemed shabby in the brightly lit room.

And me? A stranger would have seen a skinny sixteen-year-old wearing glasses, taller than his parents, quietly spoken – not the kind of kid who got dragged into police stations. I wasn’t as good at keeping my feelings from showing as Mum and Dad were. A stranger might think I looked tense – upset – guilty even.

Normally this time on a Sunday Mum would be cooking a roast, and maybe crumble and custard if we were lucky. Family or a neighbour might drop round, and if it was cold Dad would make sure there was a log fire. Suddenly more than anything I wanted to go home, back to that safe world where I could be an ordinary teenager again. It felt surreal to be here in this white, windowless room, part of something most people just read about in the news.

‘Why do the police want to speak to me again?’ I asked, kicking my heels against the wall. ‘I told them everything yesterday. They should be out finding Freya, not mucking about with more questions.’

But I was nervous. And when we were shown into the interview room and Detective Inspector Shaw and Detective Sergeant Turner appeared, I could see I was right to be. Shaw’s eyebrows were drawn together in a frown, and she’d pulled her hair into a tight ponytail, as though to signal she meant business. Turner, about ten years younger and a good six inches taller, wasn’t smiling either. There was another man with them, whom Shaw introduced as DS Young, from Richmond CID. He looked ordinary, rather like someone’s dad, but I knew his presence couldn’t be a good thing.

‘We’re holding this interview, Jonathan, because a number of things have come to light. Before we proceed, however . . .’

Turner cleared his throat. ‘You do not have to say anything. But it may harm your defence if you do not mention when questioned something which you later rely on in court. Anything you do say may be given as evidence.’

I glanced at Mum and Dad. They looked as startled as I felt.

‘What’s this for?’ Mum asked. ‘Jonathan hasn’t done anything.’

‘Procedure,’ said Shaw. ‘There are questions we’re not authorized to ask without issuing a caution. If you’d like a solicitor, you’re entitled to one.’

‘I don’t think we need that,’ said Mum, eyeing Dad.

He shook his head. ‘No. Jonathan has nothing to hide.’

‘So, Jonathan,’ said Shaw, ‘we’ve done a thorough inspection of Freya’s aunt’s house. I understand Freya’s been living there since September. Your fingerprints are everywhere – not surprising, perhaps – but when we entered we found that someone had put the week’s post on a table by the door. Was that you?’

‘You should have told us you’d been in the house. The investigation team has been wasting time on a false line of inquiry because of that.’

‘Why were you in the house?’

‘I went there on Friday. You know, when I was trying to figure out if Freya was missing, before coming to you. I was only checking things out.’

‘There’s a key hidden outside. Freya told me about it.’

‘Did you touch anything?’

‘Her phone . . . and her laptop. That was where I looked at Freya’s email – you know, to see if she’d sent any messages since she vanished, like I told you.’

‘You didn’t mention this was done from the house.’

‘Is this relevant?’ asked Mum. ‘And how do you know that the fingerprints are Jonathan’s?’

‘We have your son’s DNA and fingerprints on record. This isn’t the first time you’ve been questioned by the police, is it, Jonathan?’

I felt myself go pale.

‘That was back in February.’ Dad started to look angry. ‘What does this have to do with Freya?’

Shaw leaned forward, arms now on the table. ‘Where were you the night Freya vanished, Jonathan? I imagine you were quite upset, given she’d just dumped you.’

‘Did you go to a friend’s, perhaps?’ Turner gave me a quick smile, and I wondered if Shaw had instructed him to play good cop to her bad.

‘No. Like you said, I was upset. I didn’t want to go home and tell Mum and Dad what had happened so I hung around in London.’

‘All night?’ Shaw raised her eyebrows.

‘Down by the river near Freya’s aunt’s, then central London and Liverpool Street station. I got the first train home to Norfolk.’

‘Can anyone confirm this?’

Mum gasped, and I jerked back in my chair.

Shaw leaned even further forward. ‘Did you hang around outside Freya’s aunt’s house, hoping you could see her? Did you intercept Freya when she left?’

‘Of course he’s sure!’ Dad snapped. ‘What exactly are you implying?’

‘Nothing,’ said Shaw. ‘All we’re observing is that February’s incident suggests your son has a bit of a temper – and that he’s capable of taking it out on people who upset him. There’s no doubt he was angry with Freya on the night in question. Several witnesses heard him shouting at her and calling her a, quote, “selfish bitch”.’

‘And in our experience of missing people,’ Turner said, ‘it’s often the last person to see them who knows more than they’re letting on.’

Shaw and Turner exchanged a glance. Mum reached out to clutch my hand.

‘No, nothing like that,’ said Turner, and I felt my heart beat again.

Turner handed Shaw a file. From it she took two photographs and pushed them across the table.

‘Do you know either of these women?’

I looked at each in turn. ‘That girl’s missing, isn’t she?’ I said, recognizing the face I’d seen a few days back in the newspaper. ‘Lyndsey . . . Brown, right? The other doesn’t ring any bells.’

For the first time DS Young spoke. ‘Have you ever met either of them?’

‘What about Freya? Were they her friends?’

‘Wait a moment,’ Mum interrupted. ‘Who are these girls?’

‘Haven’t you been watching the news, Mrs Oxley?’ asked Turner. ‘Both these girls were abducted from the streets of south-west London, we believe by the same person. One lived a few streets away from Freya. We found her body floating in the Thames.’

The colour drained from Mum’s face. ‘Oh God. You think there’s a connection with Freya.’

‘Impossible to say, but we’re treating this as suspicious.’ Shaw turned back to me and I shook my head.

‘Far as I know, Freya never met these girls.’

‘Where were you on the night of Saturday the twenty-seventh of September, Jonathan? Four weekends back.’

‘Can the aunt confirm this?’

‘Think she was asleep.’

‘So Freya’s the only one who can corroborate your story.’

‘We spoke to people at the concert – but after then, yeah. What does this have to do with anything?’

The police looked at me coolly, and in a flash I realized. The newspaper report I’d read about that girl said the last time she’d been seen was on Saturday 27 September. I remembered the date because it was Freya’s birthday weekend. The police couldn’t think . . . surely not?

I turned to Mum and Dad. I was starting to feel dizzy and knew I had to get out before I said something stupid. ‘Can we please go home now?’

‘We haven’t finished yet,’ said Shaw, and she sounded so serious that I began to sweat. My actions did look suspicious – for all the police knew, I could have been deleting evidence when I looked at Freya’s phone and laptop – and they clearly hadn’t ruled out the idea that I’d waited outside her house and done something terrible to her . . .

Scariest of all, I realized there was no evidence to prove I hadn’t. No one had seen me that night and, heck, Freya’s mates had even heard us arguing! The boyfriend was always the number-one suspect when a girl vanished. How many times had I seen distraught guys making appeals on the news, only to be charged with murder a few days later? God, I wished I hadn’t named Lyndsey – that looked super-dodgy, especially as I had no alibi for the night she vanished either. What a nightmare this was turning into.

It seemed like I’d been waiting ages. I mooched from my bedroom to the kitchen to the sitting room, then back again. Olivia came out of her room, trying to text and button up her jacket at the same time. She asked me what I was doing. I couldn’t answer – because I really didn’t know any more. I shouldn’t even have been part of this.

The reception had been bad when Jonathan had called me earlier. I had difficulty making out what he was saying.

‘Police?’ I asked. ‘But they’ve already spoken to you about Freya.’

‘Maybe they’re suspicious about the time we wasted before reporting her missing,’ Jonathan said. ‘Don’t worry, Ros, I haven’t told them about you – no reason for you to get involved.’

I wished I had something comforting to say when he called back, but I was more tangled up in this than he realized. He hadn’t guessed yet – despite all the lies I’d told him, he trusted me. I almost wished he didn’t. I could toughen up and tell myself it didn’t matter if he thought I was a crazy, sick person – because that’s what he would think if he knew that I’d followed – stalked – Freya round London that day. He’d want to know why I did it, and telling him that would be the worst thing imaginable.