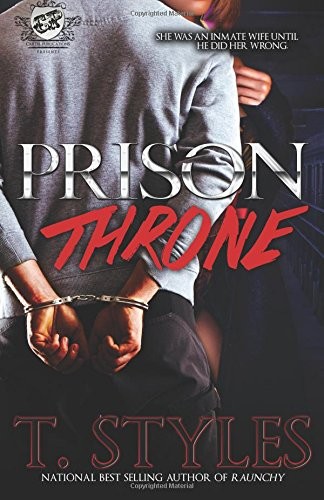 Check out other titles by The Cartel Publications

Pitbulls in a Skirt 1

Pitbulls in a Skirt 2

Pitbulls In A Skirt 3: The Rise Of Lil C

Pitbulls In A Skirt 4: Killer Klan

Black and Ugly As Ever

The Face That Launched A Thousand Bullets

Miss Wayne and the Queens of DC

Silence of The Nine

The End. How To Write A Bestselling Novel in 30 Days

Copyright © 2014 by The Cartel Publications. All rights reserved.

from the author, except by reviewer who may quote passages

to be printed in a newspaper or magazine.

This book is a work of fiction. Names, characters, businesses,

Organizations, places, events and incidents are the product of the

Author’s imagination or are used fictionally. Any resemblance of

I know most of you still have your mouths open from reading, “Silence of The Nine”. I feel you, that novel was on another storytelling level. If you haven’t read it yet, do yourself a huge favor and grab it today. I’m dead ass! (Serious)

Now, get ready to have your mouths open some more. The book on deck, “Prison Throne”, has to be T. Styles’s
GREATEST
love story written so far. This joint crashes into the heart and at times leaves you breathless. I felt the love and emotions between Rasim and Snow but I couldn’t deny feeling the pain either. That’s what unconditional love is all about. Trust me, you gonna go through it with this one, but you not gonna put it down until the last page.

Keeping in line with tradition, we want to give respect to a vet or trailblazer paving the way. With that said we would like to recognize:

Karen E. Quinones Miller is the veteran author of such classic stories like, “Satin Doll”; “Using What You Got”; “Uptown Dreams”; “Satin Nights”; “I’m Telling”; “An Angry Ass Black Woman”; as well as, “Harlem Godfather: The Rap on My Husband, Ellsworth “Bumpy” Johnson”, which she co-authored with the late Mayme H. Johnson. Karen has been penning great novels for well over a decade and The Cartel Publications supports her work completely. Make sure you do the same and check her out.

Aight, without further adieu, I’ma let you go ahead and dive in! Enjoy yourself and I’ll get at you in the next novel.

I dedicate this book to the City of Philly. You have been tried and true from the beginning of my career.

I acknowledge all of my fans around the world. I’m a better writer because of you.

MAY I SUGGEST A PLAYLIST?

These songs stayed on rotation during the creation of PRISON THRONE.

I hope you enjoy them.

MY FAMILY AND I WOULD LIKE TO THANK YOU FOR PURCHASING MY BOOK.

I AM FOREVER GRATEFUL.

Now let’s get into some gangster shit!

I never knew I needed love until I couldn’t live without it.

To be separated from him brought me despair like I could have never imagined.

But the funny thing about life is that after awhile, the abused becomes the powerful.

So I decided to teach the love of my life a lesson in his darkest hour.

Instead of May flowers eighteen SWAT officers with automatic assault weapons dressed the front lawn of the brick house in northeast Washington, DC. All were prepared to hold court in the streets if the terrorist inside so desired. It was totally up to him; well, for the moment anyway.

Rookie hostage negotiator Alf Herman, who wished to be called by his first and middle name, slogged slowly toward the concrete steps leading up to the property with his hands raised high in the air. “I’m coming in!” he yelled, his heart less confident than his voice. “And I’m unarmed! Please don’t shoot!”

There was a brief moment of silence, with the exception of the engines of the SWAT vehicles humming in the background.

“You had better be alone, cop,” the Terrorist chided from inside the home. “I’m not fucking around!”

Alf Herman swallowed what was left of his valor and said, “I…I am!” His brown skin was reddening due to blood rushing to the surface of his face.

If bravery were a requirement, Alf would be out of his league. In fact, the closest he had ever come to a crime scene this gigantic was on his living room couch while watching the movie
Diehard
. Yet there he was, walking up the steps that could possibly lead to his demise.

Alf believed he was chosen for another reason and only he knew why.

Before he touched the knob leading into the premises, his stomach rumbled and he released bubbles of gas into the seat of his black slacks. He swallowed again and looked back at the men whose faces he couldn’t recognize because they were veiled with black ski masks and helmets. He prayed they would be as vicious as they appeared if things got animated inside.

When he was as ready as he was going to be, he focused on the door and opened it slowly. Once inside, he saw what could only be described as a beautiful nightmare.

Broken glass was scattered along the powder white carpet and sparkled when kissed with the sunlight streaming through the shattered windows. Before him was a cherry wood staircase that could be accessed on either side of the foyer. At the very top were three closed doors and in front of the middle one was a bleeding body, which, from his vantage point, appeared to be a police officer.

He assumed the Police Officer had been sent to meet his maker until he moaned.

“The…the man upstairs is still alive but he needs help,” Alf announced as if the Terrorist didn’t know. “Can I take him out and get him some help? Like you promised?” Because he could not see the Terrorist’s face, he felt as if he were talking to the Wizard of Oz instead of a human being.

“There will be plenty of time for that,” the Terrorist said, his voice so powerful that it vibrated the fragile bones in Alf’s ear. “Right now I want you to take a seat!”

There in the middle of the floor, as if it had suddenly appeared, sat a wooden chair. The rookie didn’t see it before because he was focused on the carnage and despair.

“Please help me,” the Police Officer moaned. “I feel weak.”

“Shut the fuck up!” the Terrorist rebuked him. “You got everything you deserved, homie.”

Trying to come to the man’s rescue, thereby doing his job in the process, Alf gently said, “Please let me—”

Irritated with the cop for not following orders, Rasim’s gun sounded off in the house, which caused the SWAT team to respond in kind by cocking their weapons. Everyone was speaking the same language now. War.

“Are you alright in there, Herman?” the lead SWAT officer yelled from outside of the house.

Alf was about to respond but the realization that the bullet could’ve been in his body gripped him like a scorned wife to her husband’s balls. So when he opened his mouth to speak, instead of words coming out he vomited. The ham sandwich he consumed two hours earlier slapped against his left boot and stank terribly.

Aware that the only reason the house didn’t look like a block of Swiss cheese after the Terrorist’s dangerous move was because Alf was inside, he thought it smart to advise the SWAT Officer that he was okay. So he wiped his mouth with the back of his hand and yelled, “I’m fine!”

He could almost feel the officers outside relaxing. A little.

“Now that the show is over, have a seat, cop,” the Terrorist importuned. “Bullets travel through wood so I won’t ask again.”

Wishing to get the matter over with quickly, Alf hustled toward the chair. Glass crackled under his boots as he moved forward. Since everything around him was salted with shards, and the chair was not, he assumed the seat was placed especially for him as if he were in VIP. At least it looked that way.

When he looked closer, he saw two dusty footprints. Who did they belong to?

He plunked into the chair and focused on the doors. “I’m seated!” He tried to turn off the tremble of his body but it was impossible.

“Good.” The Terrorist paused. “Now I know this looks bad, cop. But I assure you that everything is not as it seems.”

“Everything is exactly what it seems,” a woman interrupted. She sounded disgruntled.

Alf’s heartbeat quickened because he was not made aware that someone outside of the Terrorist and the cop was present.

“Who are you?” he asked as his eyes rolled over the three doors. He had no idea where anyone was located, which gave them the upper hand.

He swallowed and wiped the sweat from his brow. “Snow, are you hurt?” he questioned as if he could do something about it if she were.

“Beyond understanding,” she replied in a low voice.

“Don’t play the martyr, Snow,” the Terrorist responded. “This disaster is as much your fault as it is mine!”

She laughed as if she were taken to another place, like the front row of a comedy show. “You sound like a fool, nigga,” she yelled. “Everything that’s happening is your fault! A man who is not in control of his soul is a savage. And so are you!”