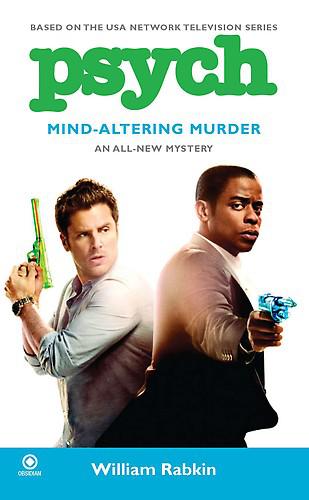 IT TAKES TWO TO UNTANGLE....

The next day, instead of going back into the game, he decided to spend his time on the outside, thinking about the clue. He looked at it from every angle and replaced every move. He Googled the name Fawn Liebowitz, even though he knew exactly where the programmer had taken it from, and even though the fact that she was known only for dying in a kiln explosion would do him no good at all.

And then he realized the one piece he hadn't played with yet. She was a student. That was the key. There had to be some secret code that only students knew, some special way to talk to them. That would make sense, since most of the game's audience would be college kids desperate for an excuse not to study.

The only trouble was Shawn had never been to college. He hadn't been a student since he'd graduated from high school, and while he had talked to a lot of college girls, the subject of their studies somehow never came up.

But that wasn't a problem. Because Gus had actually been to college. And in his years there, he had spent some time in every major they had on offer. For all Shawn knew he might have even spent some time in this so-called library science, if such a thing really existed. If there was anything to know about college life, Gus would know it. Shawn grabbed for the phone and started to dial.

And then he remembered. Gus didn't work for Psych anymore.

And Gus would never work for Psych again.

A Fatal Frame of Mind

Call of the Mild

A Mind Is a Terrible Thing to Read

S
anta Barbara police detective Henry Spencer stared down at the red mark on the paper. It was good, he had to admit. He'd been working on a big forgery case for the past few weeks, and nothing he'd come across there had looked as authentic as this.

Henry drew his thumb across the paper, pressing down hard as he tried to smudge the red ink. It didn't smear. It had been on the page long enough to set.

That didn't mean the mark was genuine. Henry's prey was crafty and thorough. He would have taken the time to prepare his forgery well in advance. But no matter how good he was, the felon must have made a mistake somewhere.

Henry pulled a magnifying glass out of his desk drawer and peered at the red mark through it. He knew where he'd find the telltale signs of tampering--there would be an extra line added to the mark's right side, or its bottom curve would have been erased and a new slash drawn through the middle.

But no matter how long Henry stared at the symbol, he could find no evidence that this was anything but the original mark. Which meant the impossible had happened.

Shawn had gotten an A on his book report.

Of course, that was only impossible if Shawn had actually written the report himself. The handwriting was his, but that had been true when he'd copied an essay out of the back of the teacher's edition, too. Henry quickly skimmed the first page. It read like the work of a twelve-year-old, not of a doctoral candidate hacking out sample compositions to help make his student-loan payments.

That still left the question of which twelve-year-old had done the work. And before Henry broke out the ice cream to celebrate his son's unprecedented academic triumph, he needed an answer.

He took the steps two at a time and threw open the door to Shawn's bedroom as if he expected to catch him in the middle of an act of plagiarism.

"Someone got an A," Henry said. He turned his fiercest gaze on Gus, who had picked up a toy car and was studying it so intently he might have been working up a repair estimate for an insurance company. "The question is who?"

"It was Shawn," Gus said, never looking up from the car's undercarriage.

"All on his own?" Henry said, staring down at Gus.

"Don't you have any faith in me, Dad?" Shawn said.

"Way too much to fall for this," Henry said, still not taking his eyes off Gus. That kid would crack soon; Henry could tell by the nervous way he was spinning the car's wheels. "So what did Shawn do, son? Did he copy off your paper?"

Henry ignored him. "You can tell me, Gus," he said in his most fatherly voice, the one he reserved for children who were not actually related to him. "Did Shawn copy your paper?"

"Then I don't suppose you'd mind letting me look at your book report," Henry said. Before either of the boys could move, he snatched Gus' backpack off the chair where it was hanging and pulled out a three-ring binder neatly arranged by subject and date. He flipped to the section marked "English" and then to this week's assignment.

"Dad, that's none of your business," Shawn said.

"It is if his report is identical to yours," Henry said. He turned a page and saw a book report with the same date as Shawn's.

"You got a C minus?" Henry said, amazed. "You've never done worse than a B plus in your life."

Gus stared down at the orange-plastic track. "Apparently my thoughts were ill formed, my grammar was sloppy, and my vocabulary didn't rise to grade level," he said.

"That doesn't sound like the Gus I know," Henry said.

"Well, it is," Shawn said. "Your own son scored an A, and all you can do is whine about how bad Gus did. Way to encourage me to work hard in school, Dad."

The anger in Shawn's voice made Henry take a step back. Was he right? Did Henry reflexively discount his own son's accomplishments? Was he actively sabotaging Shawn? He replayed Shawn's sentence in his head. And then he knew he was being played again.

"That's an interesting thought, Shawn," Henry said. "Not particularly well formed, though. And it's not grammatical to say 'how bad Gus did.' The adverbial form is 'badly.' Oh, and a vocabulary at your grade level would lead you to say, 'Way to encourage academic excellence,' not 'to work hard in school.' "

Shawn glared at him, caught. "What's your point?"

"I understand why you copied Gus' paper and turned it in as your own," Henry said. "What I can't figure out is why Gus would claim yours."

Gus seemed to be finding worlds of wonder in that orange track, because he refused to look up from it.

"It's shameful enough to get a C minus when you're capable of A work," Henry said. "But if you don't confess right now, I'll take this to your principal and then you'll both get an F."

"But then Shawn will be held back!" Gus said.

Shawn slapped his forehead in frustration. "Falls for it every time."

Henry ignored Shawn. He got down on his knees in front of Gus. "You helped Shawn with his homework so you'd both be in the same grade next year?"

"That's very thoughtful of you," Henry said. "It's wrong, but I can appreciate the sentiment. But why didn't you just write two book reports and give one to Shawn? Why turn in his own lousy work as your own?"

Gus sniffled back a tear. "If I got another A, they were going to promote me to the advanced class."

"That's wonderful, Gus," Henry said. "Congratulations." And then he realized. "But then you and Shawn wouldn't be in the same class anymore."

"He said if I turned in his work, there's no way they'd let me go to nerd school."

Henry had been mad at Shawn before. Sometimes he felt that he'd gotten angry the moment his son was delivered and hadn't calmed down since. But this was different. Shawn had betrayed his own best friend, used Gus' love and trust against him. Henry had to force himself to keep his hands down for fear he might grab his son and throw him out the window.

"How could you do that to your best friend?" Henry said.

"Trick him so he wouldn't qualify for the advanced class," Henry said.

"I didn't trick him," Shawn said. "He wanted to stay in the normal class with me."

"You may have just stolen his future," Henry said.

"Gus doesn't need a future," Shawn said. "He can share mine."

Henry took a deep breath. Counted to ten. Recited the alphabet. Then, fighting to keep a calm smile on his face, he turned to Gus.

"I think it's time for you to run along home now, Gus," Henry said.

"Can't I stay a little longer?" Gus said. "My mom's still got her bridge friends over, and that house is nowhere for a boy when they're there."

"I think you need to leave now," Henry said, ushering him toward the door. "Because Shawn's immediate future is something you really don't want to share."

A
s a store it wasn't much. Fifteen feet deep, maybe half that wide, a long counter running down the middle. Behind the counter the wall was covered with liquor bottles, and the liquor bottles were covered with dust. The only ones that weren't encased in grime were the strong, vile brews favored by those with deep thirsts but shallow pockets. The cheap corn whiskeys, the Bulgarian fortified wines, and the "malt beverages" made from grain alcohol sweetened with Kool-Aid twinkled brightly from a shelf the man behind the counter could reach without having to turn his back on the customer.

Stuck On My Stepbrother by Lilian Vale
The Hurricane Sisters by Dorothea Benton Frank
Heart Of A Cowboy by Margaret Daley
Secret Kiss by Melanie Shawn
Inner Guidance by Anne Archer Butcher
Instinct by J.A. Belfield
Nowhere to Run by C. J. Box
Fade to Black by Nyx Smith
Into the Mist by Maya Banks
Seeders: A Novel by A. J. Colucci
Our partner