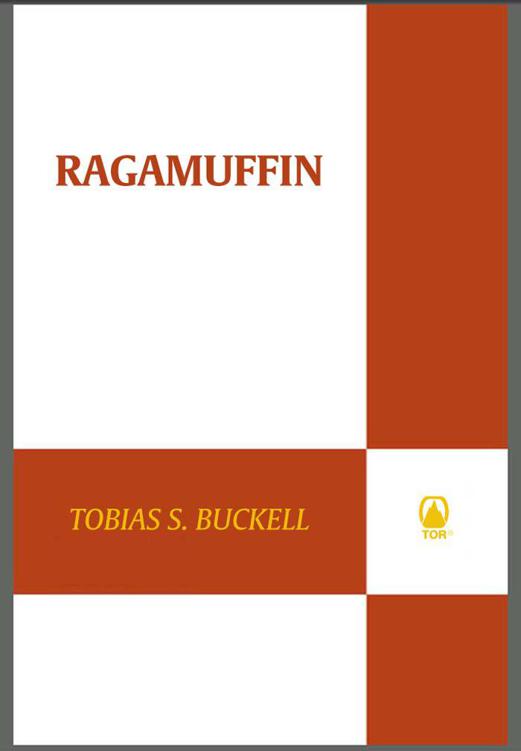 I
t had been three hundred and fifty-seven years, three months, and four days since the emancipation of humanity. And for most, it did them little good.

Nashara walked down the dusty road of Pitt’s Cross reservation, her scaly leather boots biting into her ankle. Log houses and refugee tents dripped acid water from a recent rain, and the ground steamed. It was a desperate assemblage of buildings that dared call itself a city, and all that did was remind Nashara of what a city should really look like.

People could be more than this. She flagged down a van bouncing through the wet street.

The mud-coated van, yellow paint flaking off its sides, stopped by the bench outside a community center where a long line of ragged and desperate faces lined up for the soup kitchen. Nashara could smell whiffs of fresh bread and body odor.

A few eyes darted her way, seeing the functional but new clothing and no doubt wondering what she was doing here. And whether she was carrying money. It was just as likely surprise at her skin, as dark as the shadows these people seemed to try to sink into. Her hair, tight and curly, but shorn military short. Old habit. Pitt’s Cross consisted mainly of the light-skinned. Or maybe, just maybe, someone was already tracking her, ready to shoot her and drag her body to the edge of the reservation for a bounty.

She turned her back to it all and got in the van. What was done was done, and now it was time to keep moving.

“Could rain again,” the old man driving the van commented as Nashara threw a stamped metal coin into the small bucket by his seat. “I get more passengers if I wait around for the rain, charge more when they’re desperate not to get stung by it.”

Nashara sat down on the cushioned bench behind him and threw several more coins in. “Let’s go.”

The old man cleared his throat, leaned closer to the window, and looked up at the sky. Nashara tapped his back. He turned around annoyed, then flinched when she stared directly into his slightly clouded eyes. “I shit you not,” Nashara said, “I’ll break your neck if you don’t start driving.”

He swallowed. “Right.” The van quietly lurched forward down the street, then turned an easy left. They edged past a large cart pulled by fifteen men, all yoked to it by wooden harnesses.

How far humanity could still fall. Nashara folded her arms.

Two years mucking about in Pitt’s Cross, building contacts, until she’d found a job that would make her enough to leave. She watched a landscape of ruined housing and people slide by the dingy windows of the van. The buildings petered out until nothing but bare, scorched ground surrounded her.

The reservation’s wall crept into view over the horizon. The black and smooth, two-hundred-foot edifice spread for as far as she could see in either direction. Spotlights stabbed at the ground and sky. It was scalable, she’d done that to get over last night, and back over in the morning.

Though not without trouble. Her left shoulder had a cauterized hole through it as a result of getting back over.

“You have a pass?” the old man asked, incredulous. “Or will I be waiting at the wall for you?”

“Are we not emancipated? Can’t we travel anywhere we want?”

“Don’t spout that crap at me.” They both knew they needed a “human safety pass” to be allowed out there, and passes were rare around the reservation. “Even if you get through, how far can you get on two feet when all you have is reservation coin?”

“You’d be surprised.” Nashara looked out the window. One last look at the barren landscape.

“Waste of my time, all the way out here for one passenger.” They slowed and then jerked to a stop. The driver leaned over and pointed a small gun at her. “Hand over your coin and get out.”

Nashara looked down at it. And snapped it out of his hands before his next blink. She casually snapped his trigger finger, and to his credit he bit his lip and bore the pain as he looked around for the gun. Reservation-born and accustomed to the pain of it all.

“You should have shot before speaking,” she said. He might have had a chance. He stared at her, realizing his underestimation would probably cost him his life.

“Come on, get out,” Nashara said as she opened the door. She didn’t blame him for trying. What did he have to lose? A lifetime behind the wall? A faint mist sprinkled down. It blew inside the cab and tasted acidic. It
burned the tip of her tongue as she tasted the air. It would stain and then dissolve her outfit if she walked out there, so she’d take the vehicle. “I have a pass, and therefore a schedule to keep.”

“How the hell did you get that?” the old man asked as he stepped out into the rain and turned to face in.

“Same way I got this,” Nashara muttered. Someone had underestimated her.

She shut the door to the van and drove on without looking back. Several minutes later she threw the gun out of the window into the mud.

No sense in approaching a massive security perimeter like the wall around Pitt’s Cross with a gun.

The gate groaned slowly open, responding to the presence of the pass hung around her neck.

Several snub-nosed pipes tracked her progress through the tunnel. If she so much as twitched wrong, they’d smear her against the wall.

The floor lit up just forward of each step, leading her onward to a set of doors that rolled aside for her. Several guards in khaki protective armor and reflective-visored helmets surrounded her.

Nashara pulled the necklace off and handed it over. The nearest guard scanned her with a wand. Even if she were naked, it wouldn’t detect anything under her skin. Her skin bounced back the wrong signals to his crude scanner. And neither guard would find the crude slivers of gold and silver stolen from the Gahe breeder’s house. She’d cut slits in the skin of her thighs. The skin had congealed over the small bounty.

The other guard verified the data inside the small pendant at the end of the necklace. He looked back at her. “Nashara Aji. You have twenty hours outside the reservation. After that the pass will broadcast your violation and you will forfeit any rights to travel. You will be jailed and fined. You may give up your right to emancipation.”

He handed the necklace back to her and leaned in close. “Visiting a breeding program, eh?”

That was what the pass indicated her business outside the wall was. Nashara ignored the guard.

An alien stood safe inside a bombproof glass enclosure behind the guards. A Gahe, one of the rulers of everything currently around Nashara. It stood
five feet high on four legs. Its bullet-shaped head, so hard to reach around to snap, Nashara knew, swiveled like an owl’s to track her. The rounded, silver eyes didn’t blink.

The alien’s massive mouth yawned open. From inside, gray, tentacle-like tongues wormed out and flicked at a clear panel in front of it.

“Human, stop,” the translated voice in the air around her snapped. Nashara froze. “Pause for decontamination that your stink may not infect our honorable citizens.”

Nashara knew the routine. She stripped with her back to the human guards behind her. A biting spray and explosion of UV light later she walked out of the checkpoint.

She was out. Out of the reservation and its starving, population-exploding sovereignty and freedom. And just ahead of the mess that would soon be after her.

The guards were the last humans she saw for the next hour as she walked down the paved road. No vehicles passed her. What reason did the aliens have to go to the reservation? They avoided it if at all possible.

The road led into a larger highway three hours later. Nashara’s clothes dripped sweat from the heat. She had no water; no one was allowed to bring anything out of the reservation but the clothes on his or her back.

Still, she pressed on as the occasional vehicle trundled past. Each one looked completely different, from number of wheels to color to design. The Gahe prized individuality to a bizarre level.

Seven hours later she stopped in a small town and looked around. The Gahe built their houses like their cars, every one different to their own taste. It looked like something out of a nightmare, random curves and angles jutting out every which way, dripping walls.