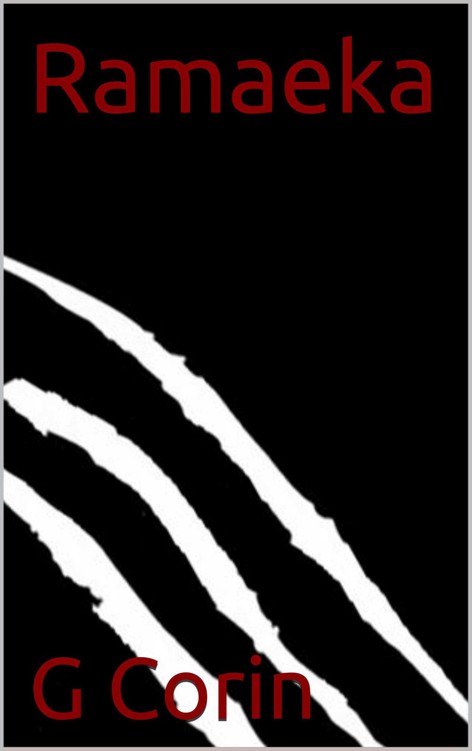 To
Maggie who kept me on track, my family for humouring me and the Starlight Crew
both past and present.

It was a dawn of incredible
light.  The kind of light which somehow filters through to even the
darkest, dampest corner, revealing the smallest of details.  High in the
northern mountains of the Draconian world, Amaria, its silvery touch washed
across the shadowy hide of an enormous dragon perched outside a stone fortress.

Ramanae snorted in annoyance as
the light played across his black hide, he much preferred the shadows, where
his colour gave him the most advantage.  Not that he feared any beast or dragon
he thought arrogantly to himself.
His tail flicked back and forth impatiently as he waited for news from within
the fortress.  It was a massive and forbidding keep of black stone, built into
the very mountain itself.  A veritable warren, it housed close to five hundred
dragons.  An impressive number considering the mere size of a dragon. Ramanae
was the undisputed leader within these mountains; the largest, strongest and
most ambitious of all the dragons in Amaria itself.  At least as far as he was
concerned.  In his own mind he should be the ruler of all dragons not just the
small rabble collected within his mountains.

He growled in frustration,
raking his claws across the dark stone.  What he needed were strong, obedient
dragons to follow him against the other leaders of their world.  Today his mate
was to produce yet another youngling to add to their collection of twenty-six,
bringing him another step closer to the fulfilment of his plans.  Sadly the
last ten born had been a waste; none seemed to have that potential which he
truly desired.

It was not as if he was worried
over his mate or the child.  Ramanae did not tolerate weakness; rather he
merely waited to assess the possibilities of this child.  If it was not
deemed worthy of his blood, it would be destroyed; otherwise the youngling
would be taken from its mother immediately.  No child of his would be
reliant on another dragon for anything, nor would they be shown any affection
which might weaken them.  He was determined that they would be born warriors,
obedient only to their father.

The immense stone doors to the
keep shuddered open.  The female healer who had attended the birth strode
out, clearly happy to return to the sun and air, away from the dankness of
stone passageways.  He scowled down at her, what was her name? Crae?
Creel?  In her lesser form, the form now stolen and shadowed by those
ridiculous animals, humans, she looked tiny to him.  He despised using his
lesser form unless forced to; the resemblance to those dirty humans was
nauseating.  And though he would admit it to no other dragon, the size of his
lesser form made him feel weak and pathetic.

Of course it was only imagined
weakness, even then he was more magically gifted than any of the heathen
sorcerers that humans possessed.  He could physically rip a human to shreds
with his bare hands.

He realised the healer was
speaking and focused his attention upon her.

“They're both fine, you have
another son for your brood Ramanae.”

The disapproval is clear in her
eyes; she knew that he was raising his children as a private army, perhaps to
one day threaten the peace of Amaria.  Healers were always weak and given
over to sentiment, however her nature would not allow her to fail in her duties
and so she continued to attend the births of his many children.

With a cool nod, she transformed
smoothly into her greater form, much smaller than his own of course, and winged
her way up from the mountain.

Ramanae waited until she was out
of sight before he stood, stretching out his immense wings, and entered the
fortress.  He followed the twists of the stone passages to the birth
chamber, entering without knocking.  His stone coloured mate barely looked
up; she was tired from the effort of yet another birth.  He ignored her
and peered down at his tiny newborn son.

“He's small, and earth born too,”
he growled rather annoyed.  His children generally took after him or their
mother in their magic, being either stone born or magic born.  He was
disappointed, the child looked like another wasted opportunity, perhaps it
would be better to dispose of it now.  The booming sound of his voice awoke his
new son; he struggled weakly, opening small green eyes to peer up at his
father.  Ramanae growled at him, baring his immense fangs, however instead of
wailing in fear as most newborns were bound to do, the infant stared straight
up into his father’s eyes letting out a squeaky little growl.  Ramanae
couldn’t help but be impressed at his fearlessness.

He was suddenly aware of his mate
watching him, waiting for his decision.  Perhaps if they kept him, the babe
would grow into a more fearsome beast he thought to himself.

“We will keep him for now,” he
decided out loud.  His mate shrugged and closed her eyes, drifting away
into sleep as her mate instructed one of his older children to take the child
away.

The last thing she heard as she
fell into slumber was Ramanae's voice.

The impenetrable fortress of
stone has not changed at all over the fourteen years that have passed; the
light still fails to illuminate the darkness of its labyrinthine caves.  Little
has changed amongst the inhabitants of the fortress save that three more
dragonets have been born to Ramanae and his mate, two of which passed Ramanae’s
inspection.

Not that these births had brought
his father any joy thought Ramaeka bitterly.  In fact it had made him even more
demanding of perfection within his children.

With a sigh, Ramaeka adjusted his
weight slightly; blood was still dripping down his right leg.  One of his
sisters had been in an irate mood for some unknown, unimportant reason and had
taken a dislike to the cheerful expression on his face.  Though he admitted
thoughtfully to himself, it may also have something to do with the jar of cave
bugs he’d emptied into her bed.  A thoughtful gift in anyone’s book he thought
indignantly, certainly not deserving of a wounding!  A black eye perhaps, but
not a physical injury that would only make him weaker in his father’s eyes.

Looking down at the puddle of
blood forming around his feet, he noticed it had vaguely taken on the shape of
a dragon.  He wished fervently that he could take his greater form; it would be
easier to stand with four claws pressed against the solid stone.  However his
father had decided that unless they were in combat class his children would
learn to cope in their lesser forms.  When he was younger and had not learnt
that asking questions was prohibited, he had asked his father why.  The
question had earned a buffet to the head from one of Ramanae’s huge claws, as
he had staggered dizzily his Father roared at him.

“You obey me instantly, you don’t
ask questions.”

After that Ramaeka had tried to
stop asking questions and took to listening in on conversations or reading
books to quench his curiosity.  Privately he felt that it was easier for
Ramanae to lord it over his increasingly large children when they were in a
lesser form.  Not that he faced that problem with Ramaeka; one of the two
surviving dragonets born after him was already taller.  Ramaeka scowled to
himself over that, his height was a source of constant dismay to both himself
and his parent.

The last word ended on a snarl
which informed him that his father was not impressed.  Gathering his courage he
stood as tall as possible and attempted to stride into his father’s cave.

His father was sitting before a
gigantic raised slab of stone that acted as a desk; it was covered in books and
various papers.  A curious thing really Ramaeka thought, since his father
disliked reading and writing.  His father looked like an immense shadow; his
skin was the darkest shade of black, one of the colours of a mage dragon.  He
was just short of five hundred meters long, one of the two largest Empara
dragons.  Empara was the highest level a dragon could evolve to, supposedly the
height of draconic strength, intelligence and endurance.  Ramaeka wasn’t too
sure of his father’s intelligence, but he knew for sure of his strength, he had
been on the wrong end of it many times.

Ramaeka dropped a quick bow as
his father surveyed him with open contempt.

“Sir?” he asked enquiringly,
opening his green eyes as wide as possible in an attempt to look innocent.

“What do you have to say about
playing these ridiculous tricks on your brothers and sisters?” Ramanae asked
coldly.  “Ramalakere is not the first to come to me.  Last week you used an
adhesive spell to stick Ramajai and Ramakayd’s tails together during class, and
that was not the first offence you have committed.”

His father paused and looked at
him closely, bringing his fangs mere inches away from his face.

“What am I going to do with you,
Ramaeka?” his father’s eyes gleamed cruelly.  “If you were not so small and
useless, this could be passed over, but you continue to disappoint me.”

Ramaeka shivered, aware that his
father would dispose of him in a heartbeat, with the slightest excuse and
nobody would care.

“Well sir,” he began with his
brightest smile.  “I may not be as fat as some of my sisters but I’m still
smarter.”

“Impertinence,” his father
growled.  “Though at least you have some courage, it seems to be the one thing
you do have.”

He paused, looking Ramaeka over
intently, fierce green eyes missing nothing as Ramaeka tried not to tremble.

“See the healer about that leg
then report to the kitchens, you will work there for the next three weeks.”

He turned back to look at his
father questioningly.

“If I find out you have tainted
the food at all, I will be serving you at the next meal, understood?”

Relieved he retreated from the
dragon’s den, taking care not to limp.

It wasn’t that bad really, Ramaeka
thought optimistically as he left the healer, he was still alive, and he was
working in the kitchen.  Even though helping with domestic duties was seen as
the work of weaker dragons, he didn’t mind.  Not only did the kitchen drudges
know that he couldn’t boil water without burning it, but they were also
secretly fond of him.  He was often fed much better than the rest of the family
thanks to titbits that they fed him on both his ordered and impromptu visits
into the steamy domain.

Therefore he was feeling fairly
cheerful as he limped down to the main kitchen.  The kitchens were the one
place in the entire great fortress that could be counted on to be hot.  In fact
it would be almost unbearable in here if it wasn’t for the ventilation shafts
that ran throughout the kitchens.  Ramaeka entered the hot steamy room
breathing in the delicious smells of roasting meat and baking bread.  Bakara,
the main cook glanced up as he wandered in, nobody could enter Bakara’s
kitchens without him being aware.