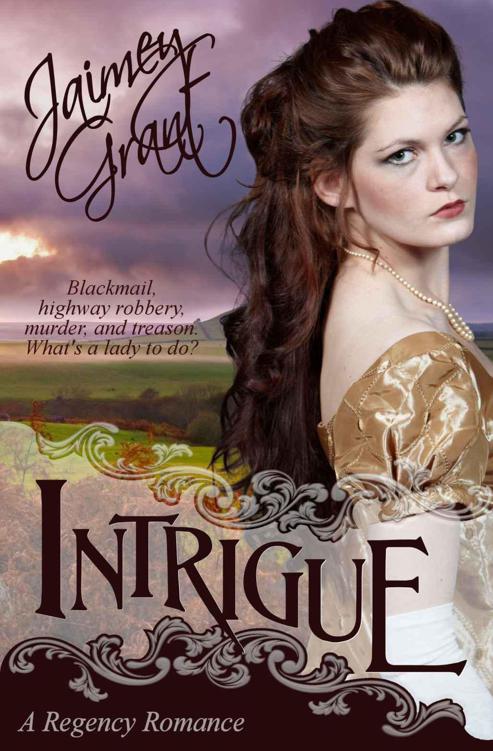 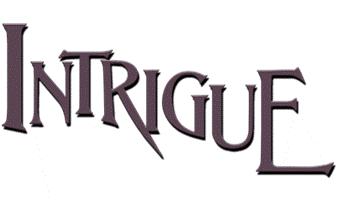 This book or parts thereof may not be reproduced in any form, stored in a retrieval system, or transmitted in any form by any means without prior written permission of the authors, except as provided by United States of America copyright law.

The following is a work of fiction. Names, characters, places, and incidents are fictitious or used fictitiously. Any resemblance to real persons, living or dead, to factual events or to businesses is coincidental and unintentional.

This ebook is licensed for your personal enjoyment only. This ebook may not be re-sold or given away to other people. If you would like to share this book with another person, please purchase an additional copy for each reader. If you’re reading this book and did not purchase it, or it was not purchased for your use only, then please return to Amazon.com and purchase your own copy. Thank you for respecting the hard work of this author. 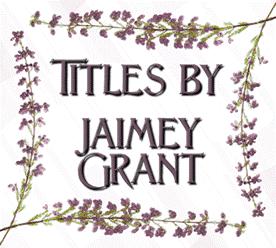 The 11
th
Commandment: A Serial Romance 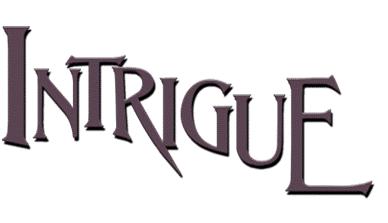 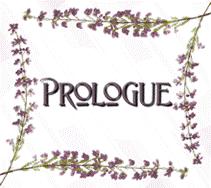 The carriage lurched to a halt amid curses and neighing horses.

The lone passenger, a striking woman in her early thirties, sucked in a breath and screamed. Her voice reverberated in the small space, threatening to permanently damage her own hearing.

With a prayer trembling on her lips, she stepped down from the conveyance, her movements shaky and unsure. She stood, cowering and miserable, as the thieves rifled through her reticule and rummaged through the carriage.

As the moments passed, she began to relax, thinking maybe, just maybe, her prayers had finally been answered.

The sound of approaching hooves put paid to any such notion. Her stomach sank to her sensible halfboots as a man on a horse charged into the fray, brandishing a pistol and threatening the bandits with any number of dire consequences should they refuse to cease their theft.

A scream rose up in the victim’s throat, a cry of anguish and warning, quickly swallowed, hastily suppressed. If the boy simply let them take what they wanted and go, everyone would be safe.

As three other armed men stepped from the trees, the young man on the horse was made quickly aware that he was in over his head. He tossed his pistol aside as ordered and leapt down, more than willing to part with a few meager possessions in exchange for his life.

And that of the lady, too, of course.

When his pockets were emptied, one of the bandits made the young man kneel, adding humiliation into the mix. A gun was placed to his head.

The lady’s breath caught in her throat, unease making her stomach clench in pain.

She stepped forward. The bandit with the gun looked at her, his eyes dead in his gaunt face. She hesitated only briefly; she did not want anyone hurt. If she could stop this, she must try.

Just as she opened her mouth to protest, a shot rang out. She watched helplessly as the body of a boy not much older than her own son fell lifeless to the ground. 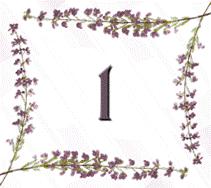 Gideon could hardly believe his luck when he came upon the holdup. It was just what he needed to relieve the truly abominable
ennui
he’d been cursed with of late.

His eyes scanned the area. The lady appeared the typical vaporish female with more hair than wit, though he couldn’t accurately judge either simply from seeing her bonneted form wreathed in moonlight. Her attackers lounged about, saying little, seeming bored and unenthusiastic about their task. What the devil were they waiting for?

It was an odd situation and just the thing to appeal to a man of Gideon’s mercurial temperament.

He pulled Black to a halt. The horse did his best imitation of a statue, the flick of his ear the only indication of life.

Gideon dismounted silently, letting the reins drop to the ground. He crept around the robbery, assessing the situation. One band of robbers held the woman, but another was surrounding them.

Footpads who preyed on footpads? Gideon supposed such a thing, though unlikely, was possible. It didn’t answer the question of why the ones holding the woman acted as though they waited for something.

Or perhaps they awaited
someone
.

He had to remove two of the gun-toting thieves before he could get close enough to the woman who was, thankfully, near the bushes along one side of the road. He made a sound that got her attention. She shrugged at the man who held her at gunpoint. Gideon’s pale brows lifted.

A strange development, indeed. The little beauty was obviously in league with the villains. The intelligent thing was for him to ride away and search out the widow he needed to locate. If this girl was one of the villains, she’d not be hurt and the Home Office wanted him watching the widow as soon as may be.

But this girl was obviously a lady. A rich cloak fell in graceful folds over her proud form, expensive jewels glinting with her every movement in the pale moonlight. Nothing in her expression—what he could make out in the meager light—indicated a willing accomplice. Perhaps they were using her as a means to an end.

When the gunman turned away, Gideon snaked out an arm and snagged the girl, clapping a hand over her mouth before she released the scream he knew was hovering on her pretty lips. He heard the immediate shout go up and cursed.

“If you do not scream, woman, we may yet get out of this alive.”

Screaming was exactly what Lady Malvina Brackney wanted to do. She swiveled her head to look at the man who’d dared accost her. Night-darkened eyes gazed back at her in lazy amusement. She had only a moment to feel outrage before good sense came to her rescue. Nodding, she found her hand firmly clasped and then they were running through the trees. Malvina had to keep all her wits about her to avoid tripping over her own two feet and the many branches and animal holes along the way.

They broke out of the trees. A large, dark horse stood complacently near the road, blending into the shadows. The beast waited while Malvina’s rescuer threw her into the saddle and mounted behind her. Wrapping one arm around her, he pulled her tight against him. He said something in a tongue she didn’t recognize that set the horse off at a smooth gallop. Once the beast broke into a run Malvina knew her tormentors would never catch them.

She shifted just enough to get a look at the man who held her. All she could see in the moonlight was a pair of eyes gazing back at her. Suppressing a shiver of unease, she returned her eyes to watch where they were going.

A few miles from the scene of the holdup, he slowed the horse to a walk.

“Who are you?” she ventured to ask.

“Who are you?” he countered, his tone containing the barest hint of amusement.

“I asked you first.”

“And you’ll answer first, too, I think.”

Astounded at his effrontery, she swung her upper body around so fast she’d have unseated herself if not for his restraining arm around her middle. Unnerved, she couldn’t suppress the anger in her words. “What, sir, makes you think that?”

There was so little she could tell about this man. He was a gentleman, of that she was sure. The night hid everything except the glint of gold on his head. The man wore a hat but he’d pushed it back on his head, allowing shafts of moonlight to caress his hair. Gold curls, from what she could deduce.

He shrugged, the movement brushing his body just a bit closer to hers. “The appearance of a magistrate.”

She felt her face drain of color and hoped the pale light of the moon didn’t reveal it. “I wish one would appear. I’d like to lodge a complaint about how unsafe it is to travel,” she claimed with false bravado. “First I am held up by dangerous highwaymen and then I am accosted by a madman who seems to find the whole situation immensely funny.”

As if to solidify her claim, her captor laughed. “You have not been accosted, madam, at least not by me. What your highwaymen did before I arrived I cannot possibly know.”

Was it her imagination, or did he place just the faintest emphasis on the word highwaymen? She struggled to keep any emotion from showing on her face, not entirely convinced the darkness would hide what she revealed. She turned away just to be safe.

“You, madam, are full of secrets, I think.” Her head whipped around again. He stared at her. “And older than I first thought.”

Unaccountably hurt by this observation, Malvina lashed out, “And you are nothing more than a boy playing at hero!”

The lazy amusement disappeared for a moment, replaced by something that made her shiver. His body tensed, his entire being emanating disapproval, even anger. He appeared extremely dangerous in that moment. It was gone almost instantly and she shook her head. Perhaps it had merely been a trick of the moonlight.

“Perhaps,” he replied equably, looking away. “But everyone needs to be doing something.”

Malvina fell silent, staring straight ahead again. The stillness of the wood surrounded her, sending a shiver down her spine.

“Are you cold?” her rescuer asked solicitously. He pulled her closer to his warm body.

She stiffened. “I am not, sir. Please loosen your grip.”

He laughed. “I’d rather not if it’s all the same to you. I like having you here.”

Mouth dropping open, she swung around, nearly unseating herself in the process. Again. “How dare you! Who do you think you are?”

“I am a man, madam. Surely you did not expect better?”

She turned away. “I suppose I should not. You have kidnapped me, sir, and that alone would proclaim you anything but a gentleman.”

“I
kidnapped
you?” he asked softly, ignoring the slur on his honor.

Malvina didn’t look at him and so missed the sharp look in his eyes. “Of course, I thank you for rescuing me, but did you have to take me away as well?”

“I saw no other recourse, madam. What would you have had me do? Leave you to face your employer’s wrath for having lost a very fat purse?”

Gideon regarded her blandly. There was real fear in her bearing, fear and wariness. When would she finally reveal her identity? He already had his suspicions.

That would be a problem, if his suspicions proved true. He was sent to make the acquaintance of a certain lady, a lady whose late husband’s actions had caught the eye of certain government officials.

“I do not know what you are talking about,” she said. There was an uncertainty in her tone that was quite convincing but Gideon heard a slight tremble at the end, as if she couldn’t manage to feign confusion anymore.

“Where shall I take you?” he asked, in a seeming
non sequitur
.

“Yes, madam. Have you a home? Perhaps a place you can stay for the nonce? I would offer to allow you stay with me, but I don’t think you’d like the suggestion.”

“How old are you?” he asked with much amusement.

Outraged, she glared at him. “That is none of your business, sir!”

“I only ask because you appear to be a woman grown, yet you display the intelligence of a small child.”

Her mouth dropped open but no words emerged. He smiled blandly at her, waiting politely for her to continue. She turned away instead.

He bowed to instinct.

Leaning forward until his lips nearly pressed to her ear, he whispered, “Everything about you is of concern to me, Lady Malvina Brackney.”