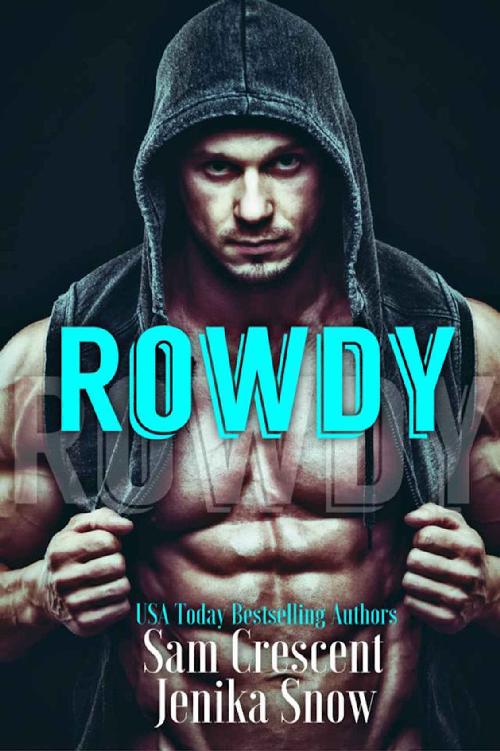 ALL RIGHTS RESERVED: The unauthorized reproduction, transmission, or distribution of any part of this copyrighted work is illegal. Criminal copyright infringement is investigated by the FBI and is punishable by up to 5 years in federal prison and a fine of $250,000.

This literary work is fiction. Any name, places, characters, and incidents are the product of the author’s imagination. Any resemblance to actual persons, living or dead, events or establishments is solely coincidental.

Please respect the author and do not participate in or encourage piracy of copyrighted materials that would violate the author’s rights.

Other titles by Crescent Snow Publishing

Other titles by Crescent Snow Publishing

The Soldiers of Wrath MC

Book 1: Owned by the Bastard

F
rom the moment I saw Cassandra I wanted her, but she was the daughter of my trainer, and I knew she was off limits. Even if she gave me the time of day, I knew I could be overprotective, dominating, and infuriate a person to no end. It’s how I was, and I couldn’t change that, even if I did have the balls to be with her.

I wanted a guy I couldn’t really have. My father trained Rowdy, and I knew the fighter would never be with me because of those ties. But I’ve wanted him since I was sixteen years old. Five years later and I’m still pinning after a guy that probably doesn’t even see me as more than his trainer’s daughter.

But then we’re at the same party, the alcohol is flowing, and the inhibitions are down. I find myself in bed with the one man I’ve wanted for years, and the one thing I can’t stop thinking about is what will happen when morning comes.

I
stared at my baby sister as she was all over Malachi, their desire for each other enough to make the big brother in me want to go over there and punch him right in the damn nose. I didn’t care that they were a “thing” now. Yeah, Mal treated her good, and that was saying a lot, but I still hated the fact my little sister had gotten involved with a fighter.

“Dude, you need to let that shit go,” Boss said, and I turned around and looked at the other boxer.

“Fuck off. Let’s see if you can let shit go when your little sister is dating an asshole.”

Boss grinned. “I don’t have a sister, but to be honest, Mal treats her like a queen.”

“Are we gonna fight or what?” Boss asked and started bouncing on the balls of his feet. He had his hands up and this grin on his face. “You want to work out that aggression and annoyance you have over Mal being with your sister?” He lifted a brow. “Then come on, Rowdy.”

I rolled my head to loosen my neck, stared at Boss, and felt all my energy rise up. If Boss wanted to go at it, then I was more than happy to do just that.

I
walked into the gym and immediately smelled sweat and testosterone. I curled my hand tightly around the strap of my bag and breathed out slowly. I saw him right away, the guy I’d been pining after for the last five years. Because of Rowdy I couldn’t even find any other guy attractive, couldn’t even think about being with anyone else.

But that was where it would start and end between us.

With my dad, Eric, being Rowdy’s trainer since he was seventeen years old, I knew the fighter didn’t see me as anything other than a kid, even if I was twenty-one. He might only be seven years older than me, but because my dad had been like a second father to him, Rowdy most likely just saw me as Eric’s daughter.

I stepped into the main part of the gym and looked around for my dad. He was busy helping one of the other fighters. I scanned the room again and saw Malachi, one of the younger fighters, with his girlfriend Violet, who also happened to be Rowdy’s sister.

They looked so happy, and this longing took root right in my heart.

The sound of punching drew me away from the couple and to the ring. I watched as Boss and Rowdy went at it, dodging hits, and slamming their gloved fists into the other. I’d seen the guys go at it with boxing gloves, taped up hands, and bareknuckle—the latter being the more preferred method.

I didn’t know how long I stood there, but I watched Rowdy deliver more hits than he took. Boss had the start of a bloody nose, but the two fighters were still going on strong. It was so hot watching Rowdy fight, and I’d done just this so many times in the past it probably bordered on obsessive. I didn’t care though, because I could say in all honesty I loved him.

But I can never tell him, either.

Exhaling roughly, I forced myself to turn away and go over to the bench to start my warm-up. I didn’t come to the gym as much as I’d like, but it wasn’t because I enjoyed working out. In fact I hated it, loathed it even. I knew it was good for me, and I liked spending time with my dad, but I also wanted to come here and watch Rowdy. It was sad, in a way, wanting a guy that I could never have.

I knew telling him I wanted him would probably end up with me having my heart broken, because he’d give me a sympathetic look. He’d probably tell me I wasn’t his type, or we could never be together because Eric was his trainer.

I’d come to terms with it being what it was, but that didn’t stop me from thinking about the life I could have with the guy I was totally in love with.

A
fter the late night fight, I followed several of the guys to a party. I don’t know who was holding it, but it had to be with someone who was loaded. The house was fucking huge. The front lawn was covered in tissue, empty beer cups, and couples in different stages of making out and sex.