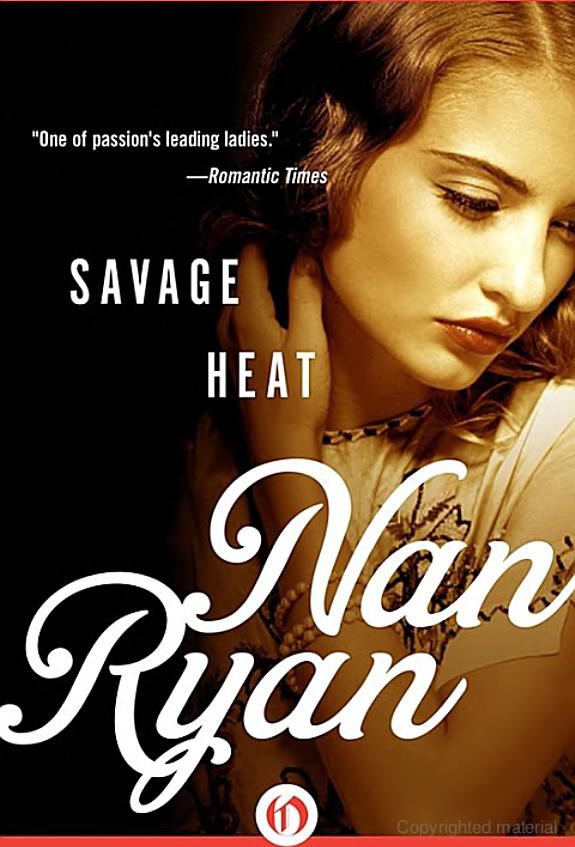 For my little sister

T
he lamplight reflecting in the depths of his cold black eyes, a dark man sat reading
The New York Times.
He smiled suddenly, laid the newspaper aside, and slowly lowered his long, lean legs to the floor. Rising from the overstuffed chair where he’d been lounging lazily for the past half hour, he moved, silently, across the deep custom-loomed English carpet to a highly polished mahogany drum table on the far side of the spacious room.

A lifetime of keen cautiousness made him look out the window of his eighth-floor Buckingham Hotel corner suite—first down Fifth Avenue, then up Fiftieth—before dropping the heavy velvet drapery back into place and lifting the stopper from a cut-glass decanter. The smile had disappeared and his harshly planed face was set with cold determination. Yet he felt a tingling excitement spread pleasantly through his tall frame as he poured himself a bourbon, downed it in one easy swallow, then poured another.

He returned to the chair, picked up the newspaper, and read, one more time, the society page article beneath a rotogravure picture of an extraordinarily pretty young woman.

Chicago’s “Golden Girl,” Martay Kidd, the beautiful, blond Miss, educated at Manhattan’s exclusive ladies’ academy, Miss Bryan’s, on Park Avenue, whose shining presence has brightened many a New York social gathering, plans to “rough it” this summer in Denver, Colorado. The heiress to a vast gold-mining fortune, Miss Kidd is the only child of Brigadier General William J. Kidd. From his post at Colorado’s Fort Collins, the general says he’s eagerly awaiting his daughter’s early June arrival. The emerald-eyed beauty is to be the houseguest of Colonel and Mrs. Dolph Emerson, one of Denver’s first families and old friends to the general.

Again the dark man lowered the paper, a near-Satanic smile curving his full lips, and neatly tore the photograph from the paper, placing it inside the breast pocket of his fine white silk shirt. Then, summoning a hotel steward, he issued orders in a low, soft voice.

“Book a berth for me on this evening’s midnight train to Denver. Have my things packed within the hour. Make certain a cab is here for me by no later than a half hour before departure time.” He paused, then added, “and send a wire to Mr. Drew Kelley, 1201 Broadway, Denver, Colorado, informing him of my June 8th arrival.”

The uniformed steward shook his graying head in puzzlement. “Suh, didn’t you just arrive this afternoon from Boston? We thought you were going to stay here with us for a week.”

The dark man drew some bills from his pocket and pressed them into the steward’s palm. He said, “Wish I could, but something’s come up. I have no choice. I must leave.”

“I sure hate that. Yes, suh, I sure do,” said the hotel steward, and reluctantly allowed himself to be ushered out of the room.

Pacing restlessly back and forth, hands shoved deep into the pockets of his tight black trousers, the dark man paused and drew out the small photograph he’d torn from the newspaper.

It was the girl’s eyes he studied. They seemed all too familiar, though he’d never met her.

His own black eyes narrowed as his long dark fingers reflexively closed tightly around the photograph, crushing it cruelly in the palm of his hand.

Martay Kidd’s brilliant emerald eyes were shining as she dressed for her last evening in Chicago. Though she’d charmingly told all her friends not to make a fuss over her leaving, she was not surprised, nor displeased, that several had chosen to ignore her requests and had thrown lavish parties in her honor.

A classically handsome man with light sandy hair, strikingly blue eyes, an aristocratic nose, and boyish dimples, Farrell Jr. had diligently tried to persuade Martay to give up her foolish notion of spending the summer in Denver. He was, he told her, falling hopelessly in love with her, and if he could, he would forbid her to go.

That’s when Martay had decided for certain that she would go. She was fond of Farrell. After all, he was quite worldly and very handsome and great fun. Or had been until she’d allowed him to kiss her a few times and he had immediately started talking of marriage. That had chilled the relationship. He couldn’t seem to understand that she meant it when she said she had no interest in marriage.

“Please believe me, Farrell,” she had told him only the night before, “I enjoy your company and I consider you one of my best friends, but I have no intention of marrying.” When his face fell and a hurt expression came into his blue eyes, she hurried on, “It isn’t you, it’s me. I value my freedom and I plan to keep it for a long, long time.”

“What nonsense,” said Farrell. “You can have all the freedom you want with me. I’m not the jealous kind.” His brows lifted accusingly. “If I were, we’d have been at odds long before now.”

Martay laughed, unbothered by the jibe. She knew very well that people gossiped, but she didn’t care. She had no desire to be one of those hothouse flowers who got an attack of the vapors if a man so much as kissed their hands. She would tell anyone who asked that she had kissed not one but three handsome young men in the past two years and she planned to kiss a darned sight more before she was too old to pucker.

If gentlemen, even highly regarded gentlemen, could go about kissing their pick of the pretty girls, why couldn’t it work the other way round? It could. She would kiss whom she pleased, when she pleased, so long as he was no one’s husband or sweetheart.

“You’re purposely misunderstanding me, Farrell. I know you’re not jealous, and I appreciate that very much. I’m trying to make you understand that I’ve no desire to be the young married matron with a baby at my breast by the time I turn nineteen, and then another child coming every year thereafter.” Farrell’s pale face blushed at such frankness, though her boldness was one of the very reasons he was so enchanted by her. “I am certain many girls marry, not because they are madly in love but because they want a man to take care of them.”

“I don’t. With my mother’s inheritance, I’m quite rich in my own right. There’s nothing I could ever desire that I can’t have. I’ve no need of a man to provide me with the fine things in life. I can provide them for myself. And,” she pointedly added, “have the freedom and time to enjoy them.”

“You are truly exasperating, Martay,” he had said, dejected. “Still, I believe in time you’ll change your mind. That you’ll grow up and realize how important a husband and family really are.”

“You sound just like my father,” Martay said. “His fondest hope is to see me safely married before I reach another birthday.” She shook her golden head. “I suppose he’s afraid I will create a scandal.”

“Dearest, I’m sure your father only wants—”

“My father wants what’s best for him. I want what’s best for me.” She laughed then, shrugged her slender shoulders, and said, “I suppose we’re too much alike, Father and I.”

“Is there nothing I can say or do to make you change your mind about Denver?” pleaded Farrell.

“No. It’s Denver for the summer.” She smiled at him then and said sweetly, “But autumn will come before you know it, and I’ll be right back here in Chicago, ready for parties and the opera and rides along the lake shore.” She toyed with his lapel.

Farrell captured her hand, drew it to his lips, kissed the soft palm, and said plaintively, “I hope you’re right, my dear.” He shook his sandy head. His high brow knit. “Denver is not all that civilized. It’s full of sourdoughs and gamblers and fugitives and loose women. And they say renegade redskins still roam the Rockies. I’m afraid …”

“Well, I’m not. I’ll be completely safe in Denver.”

Martay smiled now, recalling their conversation. Instead of frightening her, Farrell’s warnings had only added to the building excitement she felt regarding her upcoming visit to Denver. She’d been “completely safe” for eighteen years. Too safe. A dash of danger would be fun. Unafraid, she was anxious to be on her way to Colorado and the promise of new adventure.

Martay sighed with pleasure and her green eyes sparkled with delight. In less than eight hours she would board the train and be gone! And in less than a week she would see her father again. She’d not seen the general for more than six months and she’d missed him dreadfully. She knew he must have missed her as well or else he would never have agreed to her coming to Colorado. This would be the first time ever she had been allowed to visit him in the field.

Martay grabbed up a gold-handled brush, began stroking her long blond hair, and envisioned Denver, Colorado. She pictured it to be a wild, untamed town high in the magnificent Rockies, where decorum and convention took a backseat to adventure and gaiety. A place where gunfights still erupted on city streets and ladies of the evening strolled down the avenues right in broad daylight. A town filled with swaggering gold-rich entrepreneurs and handsome nimble-fingered card sharks and big rough-and-rowdy cowboys. Smooth-tongued hustlers and down-and-out beggars and fierce, savage Indians.

She could hardly wait to get there!

“I don’t like it, Martay. Not at all,” said a perplexed Farrell T. Youngblood, Jr.

The festive party had ended with all the laughing guests piling into buggies and carriages and escorting Martay to Chicago’s busy train depot. She stood now just outside her private railcar, California Gold, a cherished extravagance her father had encouraged when she turned eighteen, the previous August.

“Farrell, don’t look so morose. It will only be for three months.”

“Only?” he intoned, feeling as though it were a lifetime. “That’s too long. Come back sooner. Return in time to celebrate your nineteenth birthday in Chicago.”