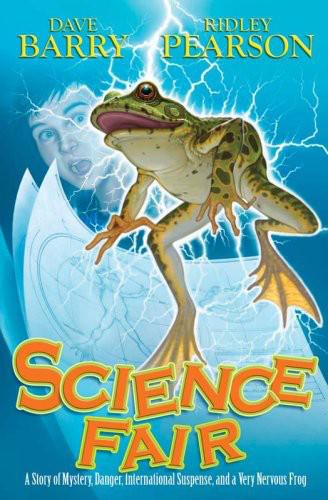 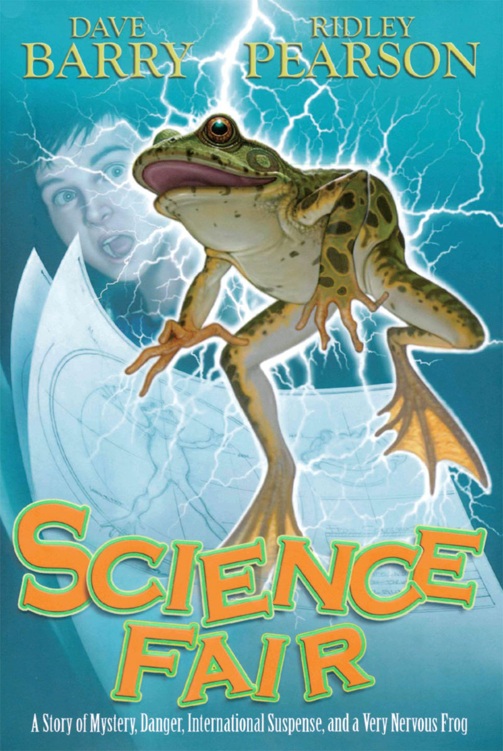 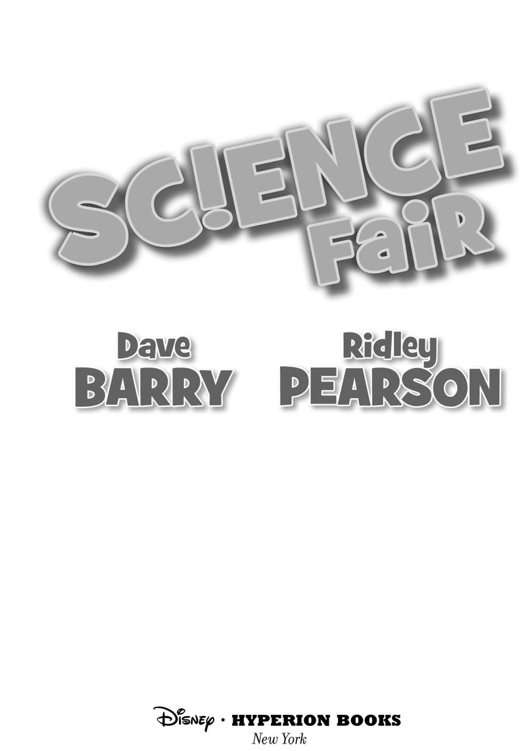 The Star Wars films and characters are owned by Lucasfilm, Ltd.

Coca-Cola, Coke, and Diet Coke are registered trademarks of The Coca-Cola Company.

Al rights reserved. Published by Disney • Hyperion, an imprint of Disney Book Group. No part of this book may be reproduced or transmitted in any form or by any means, electronic or mechanical, including photocopying, recording, or by any information storage and retrieval system, without written permission from the publisher. For information address Disney •

We dedicate this book to the students.

Also, while we’re at it, the frog.

Peter and the Starcatchers

Peter and the Shadow Thieves

Peter and the Secret of Rundoon

Peter and the Sword of Mercy

Escape from the Carnivale

Cave of the Dark Wind

The Kingdom Keepers—Disney After Dark

F
IVE LARGE, HAIRY MEN
were gathered for a top secret meeting in a bunker under the presidential palace in the city of Krpsht. Krpsht (pronounced “Krpsht”) was the capital of the Republic of Krpshtskan, a poor, mountainous nation with few vowels and a population of four mil ion, including goats.

The five were very powerful men, at least for Krpshtskan. The oldest and largest and hairiest man, known as Grdankl the Strong, was the president, a position he had won in a national election contest against nobody. His campaign slogan had been “Vote for Grdankl, or Die.” The other four men were Krpshtskan’s first, second, third, and fourth vice presidents, who also happened to be the president’s brothers. Their job was to agree with the president at al times.

These five men were looking over the shoulder of a very thin and very nervous young man seated at a computer. The young man’s name was Vrsk, and he held the lofty title of Krpshtskan minister of technology. Vrsk had been appointed to this post because he was the only person in Krpshtskan who could work the official government computer, which was the only working computer in Krpshtskan.

At the moment the screen was dark.

“Why is it taking so long?” barked Grdankl the Strong, speaking in the Krpsht language, which has been compared to the sound of a duck burping. The first, second, third, and fourth vice presidents nodded vigorously and frowned to indicate that they, too, thought it was taking too long.

“It’s booting up,” said Vrsk. “It takes a while. It’s Windows 98. I tried to upgrade to Vista, but the processor—”

“No more talking!” said Grdankl the Strong, who did not like to hear people say things that he did not understand. “Turn it on!” Vrsk turned back to the computer screen, relieved to see that it was now flickering to life. His relief turned to horror when he saw that he had failed to disable his usual screen saver, which was a picture of Hal e Berry in her Catwoman suit.

Grdankl the Strong looked at the screen, grunted, and said, in English, “Catwoman.”

The four vice presidents nodded in agreement and said, “Catwoman.”

Vrsk, relieved that nobody was going to hit him, at least for now, clicked the computer mouse and opened a Web browser. He was pleased to see that the Internet connection—it was the only one in Krpshtskan—was working. Manipulating the mouse, he opened a map site. An image of Earth, seen from space, came into view. Vrsk centered the window over eastern North America, then began to zoom in, closer and closer, until the sprawling metropolis of Washington, D.C., fil ed the screen. He zoomed in closer until individual buildings could be easily recognized. One by one, he showed the president close-up aerial views of the Capitol, the White House, and the Pentagon.

Vrsk then zoomed out a bit and began to pan north on the screen window. He stopped over a Maryland suburb just outside the Washington city limit, then zoomed in until the screen was fil ed with a large building complex surrounded by parking lots and athletic fields.

Grdankl the Strong frowned at the screen.

Vrsk checked a sheet of paper next to the computer. “I am sure,” he said.

“Yes,” said Vrsk. “He works there, under a different name. He sends me e-mails from there.”

Grdankl the Strong looked at the buildings, nodded, and turned back to his vice presidents. “He is very smart, Prmkt. Very smart.” The vice presidents agreed.

“If Prmkt is right,” continued Grdankl the Strong, “if his plan works, then in one instant—
one instant
—the whole American government wil stop, and America wil be like a chicken with its head cut off, running around like…like…” He snapped his fingers, trying to think what it would be like.

“Like a chicken with no head?” suggested the first vice president.

“Exactly,” said Grdankl the Strong. “Like a chicken with no head. And then the Americans wil be sorry that they ever dared to insult the Republic of Krpshtskan. Very sorry.” Grdankl the Strong started to laugh, thinking about America’s impending doom. The four vice presidents also laughed. Vrsk also started to laugh, but he was stopped by a look from the fourth vice president, letting Vrsk know that this was strictly a high-level laugh.

“And the beauty of it is,” he said, “if Prmkt’s plan works—and I am certain Prmkt’s plan
will
work—the Americans wil do it to themselves. The American
children
wil do it. They wil bring down their own country! It is genius!”

The four vice presidents nodded, agreeing on the genius of the plan.

Grdankl the Strong tapped the screen with a fat finger and asked Vrsk, “What is this place again?”

“It is a school,” said Vrsk. “A public school. Its name is…” he consulted the piece of paper, then, in heavily accented English, said, “…Hubble Middle School.” Grdankl the Strong looked at the screen and smiled.

“The mightiest nation on earth,” he said, “brought to its knees by children.”

T
OBY HARBINGER
, backpack slung over his left shoulder, hurried through the hals of Hubble Middle School. His goal was to get to Gifted Science before the ME kids got there.