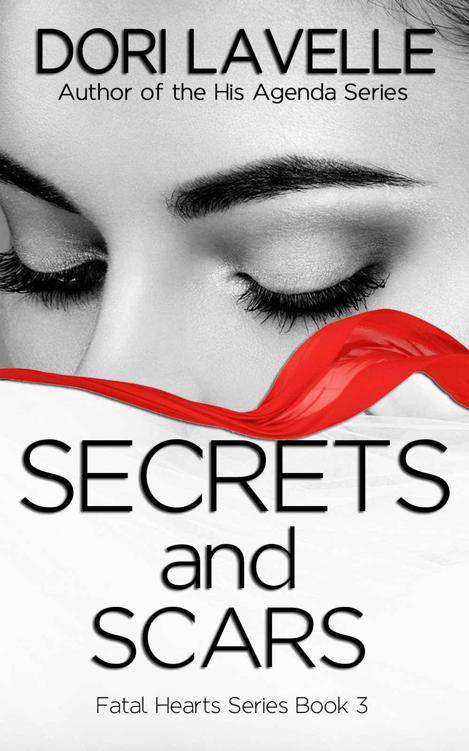 Other Books By Dori Lavelle

With Alvin hot on our trail, the clock inside my head ticked nonstop.

His presence was so familiar to me, the hairs on the nape of my neck would have risen even if he were miles away. But he was close. I felt it.

My nose picked up his scent, my skin felt the heat of his rage. My tongue tasted death—mine and Owen’s.

The jungle thickened as we disappeared deeper into it. We jumped over the roots sticking out of the ground. Mud stuck to my sandals and skin.

Owen had parked his yacht on the opposite side of Alvin’s island. The jungle was endless, and making it to the other side before Alvin caught up seemed impossible.

How long had we even been running? It could have been a few minutes. It felt like hours.

Owen held on to my hand, keeping me from stumbling more than once. We had already taken several short breaks to catch our breath. But I still felt like an engine that had run out of steam.

My entire body hurt. My skin was on fire as it scraped against the rough fabric of the shirt I wore, and the sandal straps bit into my ankles.

But the part of me that hurt the most was invisible to the outside world.

“Are you okay?” Owen asked.

“Thirsty.” I licked my dry lips, unsticking my tongue from my palate. “Another break… please.” The words came in desperate gasps. My mind urged me to fight, to keep going, but my body rebelled.

“We’ll stop soon. Hang on a little longer.” Owen let go of my hand and slung an arm around my shoulder. “Let’s put a little more distance between him and us.”

I swallowed through my dry throat and kept pushing.

One heavy step, followed by another, and another. Then my legs went numb, bringing me to a screeching halt, along with Owen.

I took a deep breath of the thick, musky jungle air. “I can’t... I’m sorry. Can’t go on.” What little energy I still had left melted away with the words.

I sank onto a fallen tree trunk and dropped my swimming head into my hands. My heart pounded and blood rushed in my ears.

“Okay, that’s fine.” The sounds in my body almost drowned out Owen’s deep-timbered voice. “I guess we can afford a small break.” He rested a hand on my back.

“Don’t be. Rest a moment. Then we have to get out of here.” He glanced behind him at the dark jungle and then back at me. “He’ll catch up soon.” Owen’s sweat had stuck a lock of his hair to his forehead. He removed his glasses and wiped them with the hem of his t-shirt, cleaning the humid air and sweat coating them. He put them back on and pulled our burlap sack open, producing one of the small water bottles we’d stolen from the depot.

His clouded sapphire eyes didn’t leave my face as he unscrewed the bottle and brought its mouth to my lips. “This will help.”

The water was warm on my tongue, but I was desperate for any refreshment. I made sure not to let one drop fall as I drank.

I placed a hand on the bottle and reluctantly pushed it away. “Thanks, I’m better.” I licked the last drops from my lips. “You drink some too.”

I wanted more—all of it. But Owen had to be just as tired and thirsty as I was.

“Don’t worry about me. Have as much as you want.”

I wiped sweat off the side of my face. “Come on, you have to be thirsty.”

He nodded and raised the bottle to his lips, his Adam’s apple moving up and down as the water slid down his throat.

I tilted my head to the sky, watching the sunrays dripping through the thick leaves of the trees above.

Despite our dire circumstances, it felt like a miracle that I was outside of Alvin’s yacht at all, able to see the sun for long stretches of time, to feel the air on my skin, even as I wished to wash away its stickiness. I had not reached the point where I could fully enjoy my freedom. Not yet.

What if you never reach that point?
whispered a voice inside my head.

“Come on, we have to get going.” Owen helped me to my feet. “Hang on a sec.”
He tipped the bottle on its side and poured some of the remaining water into his hand. Steadying the back of my head with his free one, he wet my face with it, the palm of his hand sweeping my skin from my forehead to my chin.

As soon as he removed his hand, the breeze caressed my wet skin, cooling it, drying it again.

Owen sighed as he wet his own face. Droplets of water clung to his stubble like liquid jewels.

“Ready?” He pulled the drawstrings of the sack closed.

“Yes, let’s go.” I hadn’t regained any of my lost energy, but at least the dizziness had lessened. I would be able to go on for a while longer. “Thank you, Owen.”

He gave me a small smile and took my hand again.

Though his eyes were turned away from me, I sensed the questions in them, swimming in the deep pools of blue. Any discussion of what had happened would have to wait until we’d outrun Alvin and had reached some kind of safety. Survival preceded all else.

We trudged on, with me holding on to him. My legs refused to move as fast as I wanted them to, but I tried as best I could to keep up.

Guilt gnawed at my stomach. Owen had come to rescue me, had put his life in danger. Now, my slow pace was bringing that danger ever closer. He might end up dying along with me.

Focus on living, Chloe.
The little voice inside my head that had tormented me on Alvin's yacht was becoming an ally. Even though I was a walking, panting bundle of pain, it urged me to keep going, to hang on tightly to my life, my freedom.

Owen assured me he knew where we were going, that we’d soon reach the path that led to his yacht. But as we stumbled through the jungle, I wondered whether we were even making any progress.

I had no choice but to trust him, to pray he was right.

Before sheer exhaustion could break me completely, we took another break.

Some minutes earlier, we’d heard Alvin running behind us, his footfalls slamming against the ground, the sound mixing with the birds singing in the trees, the whisper of the wind, and the distant sound of the waves crashing. But now the forest was calm and quiet again.

For our break, we hid behind thick shrubbery, huddled together close to a swamp that smelled of rotten plants.

“I think we’ll be safe here for now. My yacht is at least half an hour away.” Owen lowered his voice. “Let's rest for a few minutes, and then we won’t stop again until we get there.” He pulled out the bottle of water and we shared it between us.

“Owen, how did you know where I was?” I handed him the bottle. “We didn’t tell anyone where we were going.”

“I know.” He screwed the cap back on the bottle and put it away, then pulled out a folded notebook from his pocket. “Remember when I came over to apologize for being a jerk? I found this in Miles’s office.” He waved the notebook in the small space between us.

“That’s why you left so suddenly that day. What’s inside the notebook?”

“Coordinates of this island, to-do lists, and things he needed for... We’re in Jamaica, by the way.”  He sighed and pushed the notebook back into his pocket. “Chloe, Miles has been planning your kidnapping for a while.”

I knew, of course, that Alvin had been planning to kill me for years. Nothing Owen said was news to me. But it didn’t lessen the shock of the situation.

Each time I was in my house, my safe place, I had been close to danger. Sleeping with it, in fact. “Is my name in there?”

“Yes.” His voice broke with huskiness. “Some others as well. Next to two of the names was the word
dead
. Those were crossed out with a red marker.” Owen parted a section of the bushes to peer through, then sat back again.

“No, I think we lost him.” He paused. “I’m sorry. I should have shown you the notebook before it came to this.”

He ran a hand through his unruly hair. “I didn’t want to believe it. I thought—I really didn’t know what I thought. I needed time to wrap my head around it all. The truth terrified me. The truth that Miles could be capable of—”

“Murder?” It must have been hard for Owen to watch the man he thought was his best friend shoot someone right in front of him.

My insides quivered at the thought of Jim lying dead in the boat. Another death because of me. How could I ever forgive myself for all the pain I’d caused?

He turned to me, a gentle hand on my arm. “By the time I decided to do something about it, to go to the police, you and Miles were gone. I just knew something bad was going to happen. I’m happy I came on time. The police were moving too slow.” He let out a long breath. “What did he do to you, Chloe?”

I was quiet for a long time. Where could I start? How could I begin to explain the extent of Alvin’s evil nature to Owen? How could I tell him about the torture, the rapes—on camera, no less—when I was already trying my best to suppress the memories of them? But Owen had opened up to me, and he’d come all this way. He deserved to know who we were dealing with.