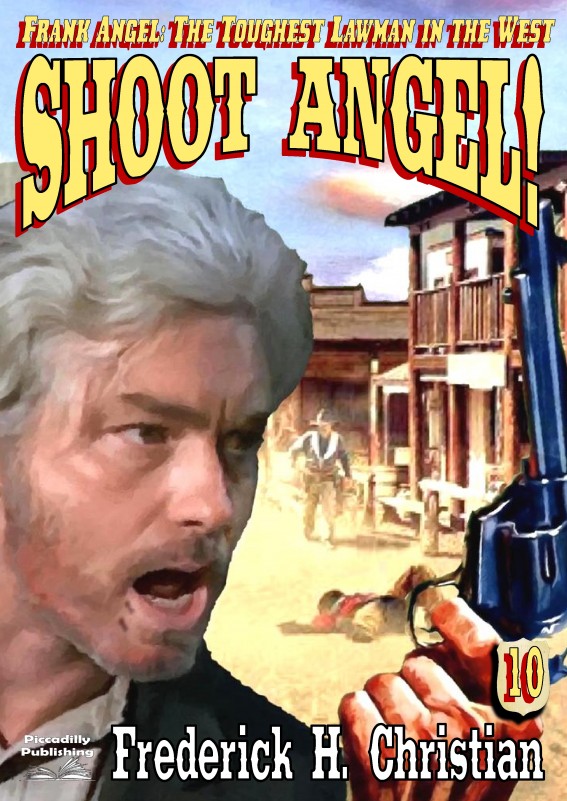 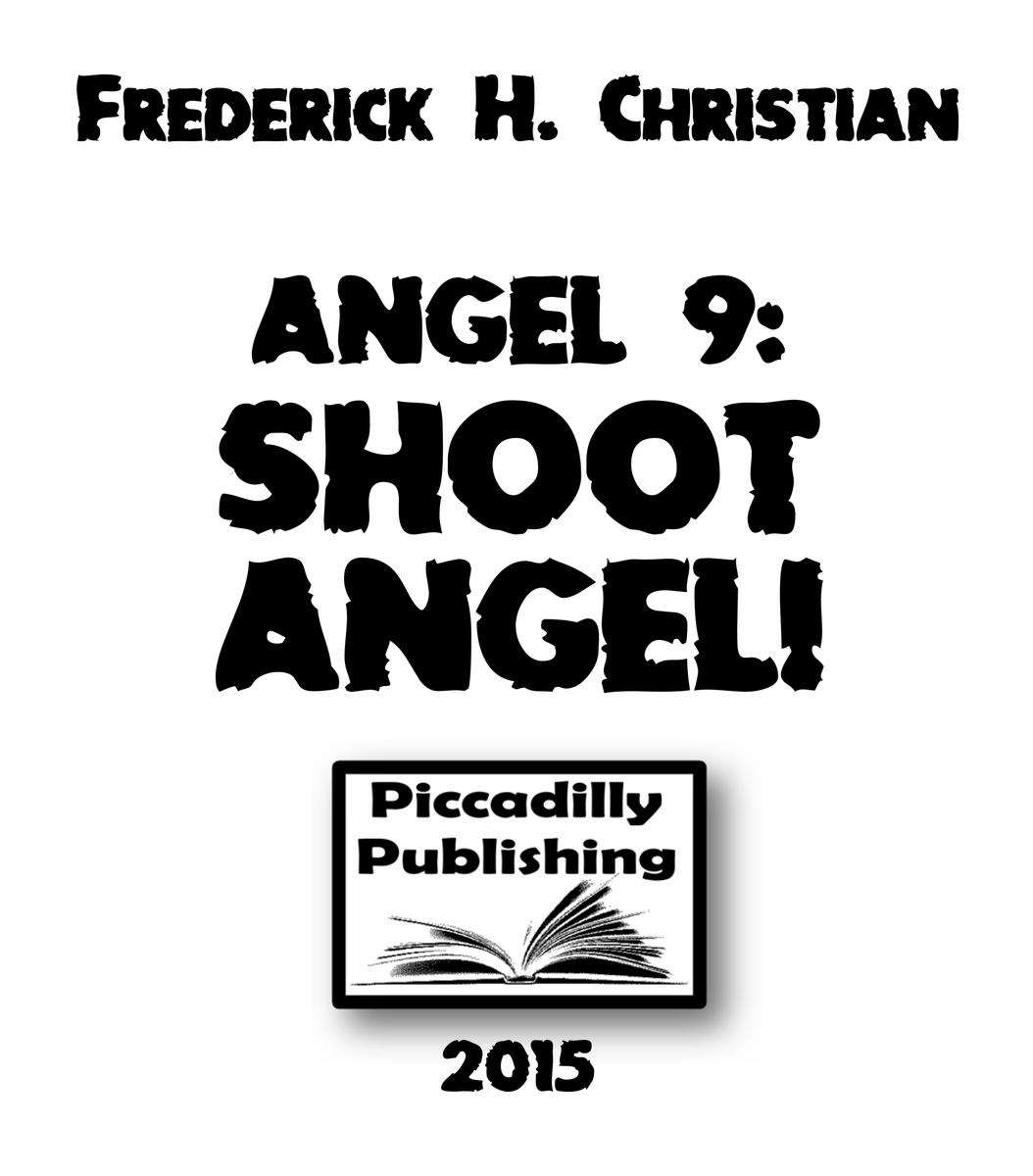 The day Frank
Angel shows up in Liberty he’s looking for Harry Culp, a man on the
run. Angel doesn’t realize he’s walking into a dangerous situation
that has nothing to do with Culp. The threat comes from the corrupt
Judge Cranford and the town sheriff, Sherman.

When Angel
steps in to help a young woman he’s arrested and falsely accused
and sentenced to six-months hard labor in the prison camp run by
Cranford and his brutal henchmen. It’s too late for Culp, who is
already dead, and Cranford believes he has everything neatly under
control.

But he and his
bunch don’t realize who they have in their midst.

Frank Angel is
an undercover operative, and not a man you want against you. Beaten
and framed, Angel is about to fight back and it’s already too late
for the sadistic Cranford and his crew.

Angel is mad
and getting madder by the minute. What he discovers at the camp
only adds fuel to the fire, and when Angel starts to burn, anything
that stands in his way is going to be razed to the ground.

Hell has
nothing on Frank Angel when he makes his final stand ... and
Liberty will never forget that day!

Published by
Arrangement with the Author.

‘
She’s
lying!’ Harry Culp protested wildly. ‘I never laid a finger on
her!’

The girl, lacquered red hair tumbling around
her white shoulders, flung out a slim arm, a long finger pointing
accusingly at Culp.

One of the hard-faced deputies
reached out and prodded Culp
’s shoulder. He was a big man, built like the side
of a house, and the power in his large fist shoved Culp across the
alley. The other deputy, who had placed himself behind Culp, stuck
out a foot. Culp tripped and fell, sprawling on his back in the
dirt of the gloomy alley. He lay stunned, staring up at the
menacing shapes of the two deputies. A protest rose in his throat,
and died just as swiftly. Something warned him to be careful. There
was a bad feeling beginning to grow. Harry Culp was no fool. He’d
been on the wrong side of the law for long enough to know that he
had walked right into a set-up. The girl was in with the two
deputies. The next move would be a threat of jail ... or a demand
for money. It was so obvious it might have been laughable if it
hadn’t been for the nagging worry at the back of Culp’s mind. Maybe
he’d missed something. He couldn’t put his finger on it but he was
certain there was more to this set-up than he’d
realized.

‘
On
your feet,’ demanded the deputy who had laid Culp on his back. ‘We
got a place for bastards like you!’

On his feet Harry Culp brushed
dirt from his clothing. He glanced at the big deputy, trying to
read the expression in the man
’s small, mean eyes. He decided it might be best
to give the game a chance to play itself out.

‘
All
right, boys, you got me,’ he said, forcing a little humor into his
tone. ‘Now how about us getting round to settling this right here?
I reckon we can figure something out to suit us all. Even the
little lady there. What’s the going rate?’ Culp reached slowly into
his coat pocket and drew out his wallet.

The big deputy dropped his eyes
to the wallet, studying it closely. After a minute he raised his
head, sucking in a sharp breath. Without prior warning his large
right fist came out of nowhere and hit Culp full in the mouth. Culp
staggered back across the alley, his shoulders banging painfully
against the rough wall of the building
behind him. Warm blood was oozing
thickly from his mashed lips, dripping from his chin on to his
shirtfront. He lifted a hand and clumsily wiped at the sticky
wetness running down his face.

‘
This
feller’s got nasty habits,’ the big deputy said. ‘First he tries to
rape the lady. Now he’s trying to bribe us. Koch, we better get him
over to the jail ’fore he does anything else.’

The one called Koch
grinned.
‘Hell, Duggan, the judge is going to love this
boy!’

Duggan reached out and
took
Culp’s
arm. Then he hesitated.

Culp just nodded and opened his
coat, revealing the short-
barreled Colt he wore in a shoulder rig. Duggan
took the gun, tucking it in his belt.

‘
Never
do trust a feller who keeps his gun hid,’ he remarked. ‘You walk
ahead of me, mister, and don’t try any funny stuff! One wrong move
and I’ll kick the shit right out of you!’

They emerged from the alley and
cut across the main street. Curious bystanders gathered on the
lamplit boardwalks outside the saloons and gambling-houses. Harry
Culp could see the stone-built jail. It looked solid. It was going
to be a lot harder getting out than it had been getting in, he
thought, sourly. He didn
’t worry too much. He was no stranger to jails.
What worried him more was the fact that he wasn’t going to be able
to get to his horse and remove the $75,000 hidden in his
saddlebags. Culp had risked a lot for that money.

He
’d worked hard for it. He’d already
had to outrun some lawman they had put on his tail. Luckily Culp
had lost the man somewhere down Yuma way. He’d been figuring
himself pretty smart until now. Then he’d gone and let himself get
hooked like some barefoot farm boy down from the hills. All because
he’d gotten itchy pants over a redheaded saloon girl when she’d
rolled her eyes and twitched her tight little ass!

As they reached the jail Duggan stepped ahead
and shoved open the heavy door. Culp followed him inside. Behind
him Koch closed the door with a solid thump.

‘
Customer, Phil,’ Duggan said to the man behind the large,
cluttered desk.

‘
What’d he do?’ he asked shortly. His words were brittle,
snapped out quickly. Culp judged him as a man who lived on his
nerves.

Koch leaned against the edge of the desk,
nodding eagerly. His eyes glittered brightly.

‘
No it
ain’t!’ Culp burst out. He knew he was being foolish but he
couldn’t stop himself from speaking.

‘
He’s
got a loose mouth, Duggan,’ the bald-headed man said. ‘For Christ’s
sake close it!’

Culp knew what was coming and he tried to
defend himself. But Duggan and Koch were old hands. They cornered
Culp and dealt with him in a brutally methodical way that was far
more frightening than the actual physical beating. When they were
done they stepped back and appraised their handiwork with the air
of true professionals.

Harry Culp lay in a haze of pain. His body
pulsed with terrible intensity, as if every bone was broken, every
organ ruptured. It hurt to breathe. It even hurt to think. When his
eyes were able to focus again he stared at the scuffed floorboards
and realized that the red spots he could see was his own blood. The
bastards! What the hell had he walked into?

Hands grabbed his clothing. Culp was hauled
roughly to his feet and dragged over to the desk. He stared through
badly swollen eyes at the bald-headed man, wishing silently that he
had a gun in his hand.

‘
My
name’s Sherman,’ the man said. ‘This badge says I’m the law in
Liberty. Long as you’re in my jail you remember that. I got one
rule. Do as you’re told—every time. You just found out what happens
if you don’t!’

Sherman fingered his
mustache.
‘Nothing to say? Glad to see we understand each other.’ He
jerked a thick finger in Duggan’s direction. ‘Put him in a cell
then get back in here so we can sort out the paperwork for the
judge.’

Culp was dragged through a door and along a
short passage. He received a distorted picture of bare stone walls,
flickering lamps. The passage opened out on to the cell area. Culp
was shoved into an empty cell. He lay on the cold stone floor and
heard the door clang shut. The key rattled in the lock. Duggan and
Koch vanished along the passage, leaving Harry Culp alone, hurt,
and not just a little scared.

He didn
’t sit up for a long time. For some
odd reason he had the impression he was being watched. He felt sure
that the moment he moved Duggan and Koch would appear to start
beating him again. The fear stayed with him for some while. He
eventually dispelled it as nothing more than reaction. He was being
stupid. Letting his imagination scare him. But he knew it wasn’t
imagination. He had come up against lawmen like Duggan and Koch
before. Violent men who used their badges as an excuse for
expressing their brutal characters. The other one, Sherman, was no
different. Yet there was more to it than the initial violence. Culp
couldn’t put his finger on it but the feeling was there.

A chill ran through his aching body. Culp sat
up, cringing against the cruel pain racking his tortured flesh. He
stared around the cell. It was empty save for a low cot against the
rear wall. He stumbled to his feet and went over to it. There was a
thin mattress on the cot, with a crumpled blanket half hanging to
the floor. Culp wrapped the blanket around him and lay down. After
the discomfort of the stone floor the cot felt almost luxurious.
Culp lay staring through the bars of his cell, watching the door at
the far end of the short passage, wondering what was going on in
the office.

Much later the door at the end
of the passage opened and a figure stood in the doorway, a dark
shape against the yellow light flooding out from the office. The
figure remained in the doorway for some time, then retreated into
the office. The door was firmly closed again. Harry Culp saw
nothing. Sheer exhaustion had dragged him into a deep, restless
sleep, and he didn
’t open his eyes until the cold light of dawn was pouring
through the barred window of his cell.