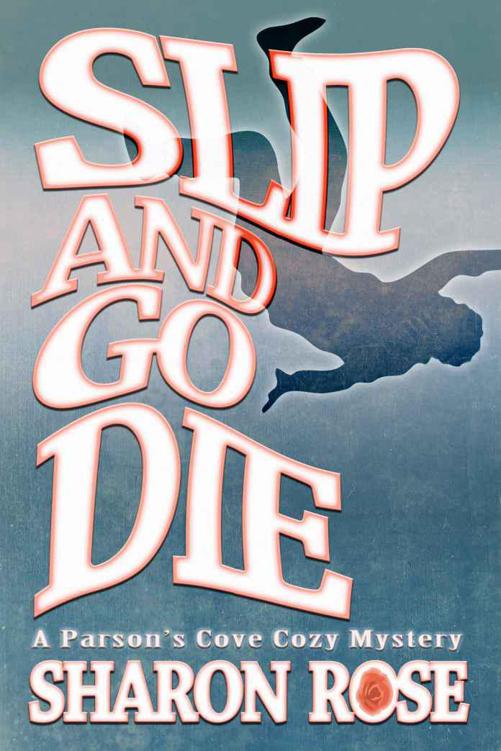 To my four children: (in the order of their arrival)

And, my four grandchildren: (in the order of their arrival)

Before she’d uttered the last ‘dead,’ the wind caught the outside storm door, whipped it back against the building at an astonishing speed and then slammed it into the incomer’s backside. All I could do was stare with my mouth open and hold my cup in midair, all the time wondering if my storm door was still hanging on its hinges. And, Beulah? What the heck was she saying about Beulah?

It was too early in the morning for my brain to twist itself around something quite so complex. All that registered was ‘horrid, poor and dead.’ My best friend, however, had burst through the door like the town crier, yelling it out at the top of her lungs so the least I could do was wait patiently for an explanation. (Patience doesn’t come easy to me. Never has.) I preferred never to hear the word ‘horrid’ uttered before the word ‘dead.’ And, definitely, not three times! The fact that I’d barely started on my second cup of coffee didn’t help matters.

Flori filled the doorway, which wasn’t all that difficult, considering her size.  There was also the fact that she was wearing her fake, raccoon, fur coat; her size twelve, sheepskin-lined boots and a bright, orange, knitted scarf that was long enough to wind around her head a couple of times and still almost reach the floor.

I shivered and hugged my hot coffee mug to my chest. “Come in and shut the door. There’s already a snowdrift around your feet.” I took another sip of coffee, hoping it might ward off the cold air that was beginning to seep through the room.

Flori looked down at the snow that had blown in through the open door, made several futile attempts at kicking some of it back outside and then shoved the door shut with a bang. Some of the lighter items on the shelf close by moved an inch or two in one direction or the other. Since almost everyone who comes into my store tends to enjoy slamming the door, I’ve solved the problem by keeping everything that won’t break on the wall shelves. Anything else that might crack, burst or shatter, I’ve placed on the three aisles closest to my counter. For added protection, I’ve placed signs in strategic places that read: “If you break anything, you buy it. Or, if you can fix it and I can’t tell the difference–you’re off the hook.”

I figure if someone else can mend it, why should I waste my time.

“Did you hear me?” she gasped, staring at me with eyes bulging. “Beulah Henry is dead.”

“Of course, I heard you, Flori. You didn’t exactly whisper it, now, did you?”

I looked her up and down.

“You still have on your nightgown and robe,” I noted.

Sure enough, Flori’s pink, flannel gown and matching, chenille robe hung down below her coat, almost touching the toes of her boots.

Flori looked down as if noticing it for the first time herself. Her cheeks turned a shade pinker. They had already taken on a healthy glow from her five-minute walk through the cold winter wind.

“Mabel,” she said, with a sigh that usually means she’s frustrated with me, “you don’t seem to be paying attention. Obviously, I rushed over here to tell you something. It was so important that I didn’t even take the time to get dressed. Have you heard anything  I’ve said?”

“Of course, I have. You said that Beulah Henry is dead. And, I know that’s really sad, Flori, and a bit of a shock, but after all, she must be in her eighties. It isn’t exactly earth-shattering news, is it? You know, it was like when the Queen Mother died, you felt sad, but you knew no one lived forever.” I stopped and sipped. “I’ll be quite content to die when I’m ninety. Maybe even sooner. Besides, you caught me before I’d finished my coffee. You know my brain doesn’t function properly until I’ve finished my two cups.”

Flori gave me a withering look, stamped the snow off her boots and headed for the wicker armchair that’s by the counter where I keep my cash register. On a table beside it, fresh coffee is brewing all day long. Folks literally swoon when they walk in the door on cold winter days. Perhaps, not literally, but they do love that smell.

“I need a cup of coffee.” She sat down and stared at me. “Sometimes, I feel like I need something a lot stronger just to carry on a normal conversation with you, Mabel Wickles.”

She unwound the scarf, and her bright orangey-red hair sprang out in every direction. The news about Beulah must have had a profound effect on her because not only was she in her nightgown and housecoat, she hadn’t taken the time to apply her usual make-up. Flori claims that as a woman gets older (we are both sixty-two now) it is essential to dye one’s hair and daily apply subtle make-up. It’s the word ‘subtle’ that Flori seems to find confusing. She usually outlines her brows with a thick layer of dark auburn eyebrow pencil. This might not be as bad as it sounds except that I’m not sure my friend uses a mirror. Most of the time the arch creeps up almost to her hairline. It does give her, however, a look of being in constant wonderment.

I quickly poured a mug of coffee for her and topped mine off. Not that I like to brag, but my coffee is the best in Parson’s Cove. Quite a few people come into my little store,
Mabel’s Fables and Things
, to browse or check out some of the latest book releases, but mostly they like to grab a cup of coffee and, of course, share the latest gossip with me. Flori is always after me to start charging but somehow, I don’t have the heart. Hearing someone say, “Boy! That Mabel sure knows how to brew a pot of coffee,” is payment enough. Besides, I have only two chairs so it’s not as if I take away all of the customers from Main Street Café.

Flori wriggled out of her big coat. By the time I’d added the cream and sugar and handed the cup to her, she’d settled in; her boots were off and her feet were up on the old wooden Coke box that I use for a footrest. It looked like she’d snatched a pair of her husband Jake’s woolen socks. I pulled up my other chair and sat across from her.

“Now,” I asked, as I patted her one free hand, “what’s all this about Beulah?”

“Reg thinks she must have fallen on the ice outside her cabin and hit her head.”

I stared at her. “What? You mean she didn’t die of natural causes? Why didn’t you tell me?”

Flori glared. “I might have told you, Mabel, if you’d shut up and listened.”

“Ha! Trying to tell you to keep quiet is like asking Esther Flynn to try keeping her glasses on her nose and her nose out of everyone’s business. Or, trying to make the sun stand still. Or, trying to dry up Parson’s Cove Lake. Or, trying to ….”

“Okay, okay, Flori, you don’t have to get too carried away. You know very well it’s impossible to change Esther.”

Flori simply glared at me, cleared her throat, and drank her coffee.

Maybe she had a point. Sometimes, I have to admit, it’s hard to shut me up. I drank my coffee and vowed to keep my tongue still.

“I always thought that old woman would die up there all alone.” Flori had tears in her eyes. “It’s so sad, isn’t it?”

I nodded. “Personally, I would’ve thought she’d die of plain old age. I mean, she was as agile as a mountain goat. Besides, the last time she was in here she was wearing those metal spikes attached to her boots so she wouldn’t slip. Said she wore them all the time.” I bent down and tried looking sideways at the linoleum. “See. If the light shines just the right way, you can still see the marks.” I sat up and swallowed another mouthful. “Don’t you think it’s odd that she’d fall on the ice and hit her head?”

Flori handed me her empty cup. “No, it’s not odd. You said yourself that she was very old. It’s easy to lose your balance when you’re over eighty.”

“Who found the body?”

“Oooh, Mabel,” she shuddered. “The body? Must you speak about Beulah that way? You make it sound so impersonal.”

I shrugged. “That’s what it all comes down to, my friend. So, who found her?”

“I don’t know. Jake only told me what Reg had told him. I don’t think he mentioned who’d found her. Why?”

I shrugged, again. “I wondered who would be going out to her place, especially in this weather. She’s housebound for most of the winter. The trail into her place is impassable except by snowmobile. Ask Jake, Flori. I wouldn’t mind knowing.”

“I’ll try to find out but don’t you be making a big deal out of this, Mabel.”

“What do you mean ‘make a big deal out of it’? A woman is dead. Besides, you’re the one who came in here screaming, Flori.” I pointed at her bra-less bosom, which was almost touching her knees. “You’re the one sitting across from me almost naked in your night clothes.”

She pursed her lips. “You know exactly what I mean. I don’t think we have a murder case to solve here.”

I gasped. “Of course, we don’t. Why would you even suggest such a thing? Who would want to murder a sweet old person like Beulah anyway? You’re letting your imagination run wild again, Flori.”

Flori shook her head and sighed. “You have such a way of twisting everything around.”

It took about five minutes for Flori to dress herself up again. She waddled to the door, but before opening it, said, “Next time when I have some news to share with you, Mabel, I’ll just phone.”