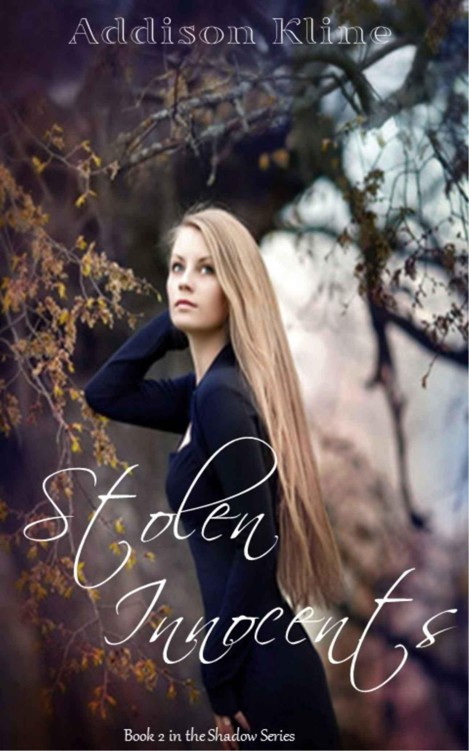 All rights reserved. No part of this publication may be reproduced, distributed, or transmitted in any form or by any means, including photocopying, recording, or other electronic or mechanical methods, without the prior written permission of the publisher, except in the case of brief quotations embodied in critical reviews and certain other noncommercial uses permitted by copyright law. For permission requests, write to the author, addressed “Attention: Permissions Coordinator,” at email address [email protected]

For my sister, Leigh

Under the canopy of trees in the Forest of York, sounds of laughter echoed into the sanguine summer air. Gwen O’Mara stood in her rose garden at 27 Caribou Road hanging clothes on the line as the summer wind blew her dress and tousled her wavy blonde hair. She peered across the horizon, her gray eyes scanning the landscape to see where her three eldest daughters had gotten off to this time. She had told them not to wander far.

“Angie! Angie! You can’t catch me!” yelled young Tiffany O’Mara at her sister as she ran through a thicket in the Forest of York. Her strawberry blonde hair whipped behind her as she raced from flower to flower. Angela O’Mara crouched her tiny frame to the forest floor as she inspected the tree that towered overhead. She pretended not to hear her older sister’s taunts and continued to do what she pleased. She didn’t have time for such juvenile pursuits. Angie’s blue sundress fell just above her knees revealing scratches and scrapes that she had earned days earlier when she tried to climb the very tree she was inspecting today. Tried and failed.

“Angie! Didn’t you hear us?!” called Angie’s other sister Misty-Lee from beyond the thicket.

Tiffany yelled, “She’s ignoring us! That’s because Angie’s too slow to catch me!”

Misty quipped, “Tiff, you know Angie is the faster runner.”

Tiffany’s smooth lips curled up into a vindictive smile, “What do you expect from a tomboy?”

Somehow Tiffany always managed to make a sport out of proving that she was better than Angie at everything. Tiffany loved to taunt Angie and would go to great lengths to prove that she was the superior sister. Misty-Lee, though a much kinder and gentler soul than Tiffany, often played along if only to remain in Tiffany’s good graces. Angie had tired of their childish games. She was much more interested in the white tree that loomed overhead. At age twelve, Angie didn’t enjoy the same things as the other children and relished in the quiet that the forest provided. That, of course, did not apply on days like today when her sisters Misty-Lee, age ten, and Tiffany, age thirteen, tagged along with her.

Angie continued to dig in the warm dirt with her bare hands. She was intent upon discovering what mysteries lay hidden just beneath the surface of the forest floor. Her pace quickened as she pulled the earth out of the hole that she created – until a little glint of silver caught her eye. Her heart began to race as she dug out the treasure that was buried at the base of the Bone Tree. Her hands scraped frantically at the dirt, digging and digging until she had freed the object from its burial plot. She held the object in her hands; it was surprisingly heavy. Slowly, Angie brushed off the excess dirt from the top of the object, causing debris to fall to the ground below. The object appeared to be an ornate jewelry box with Victorian filigree work and the initials BEK inscribed on top in an elegant cursive monogram. Excitement coursed through Angie’s body as she observed the jewelry box.

Who would bury such a beautiful treasure
? Angie thought.

As Angie pulled on the clasp to unlock the box, a voice rang out from behind her. Startled, she jumped at the sound.

“We mustn’t touch things that do not belong to us,” the voice said in a cool tone.

Angie turned around quickly with a frightened look in her eyes. It quickly faded when she saw her cousin.

“Bernard… You startled me,” said Angie as her heart raced in her chest.

Bernard smiled a slight grin at his young cousin, though his powerful gaze did not leave the box. He seemed mesmerized by the object; obsessed. Suddenly, Tiffany and Misty-Lee raced by Angie and Bernard, earning a vile glare from their older cousin.

“Oh, be quiet, Bernard! My mother said to ignore you and your ridiculous stories!” shouted Tiffany with attitude rampant in her voice.

“Our Daddy said that we aren’t allowed to talk to you,” said Misty-Lee with fear visible on her round face. Her voice shook as she spoke.

With wide eyes he said to the girls in a malevolent voice, “Don’t think for a second that I care about what your coward father or naive mother thinks of me!”

Tiffany and Misty-Lee stood stark still as they looked at the anger in Bernard Kendricks’ face. He stared down at them, angry and threatening.

“Now go!” Bernard demanded, “Don’t come back to this place!”

Bernard didn’t have to tell them twice. Tiffany and Misty-Lee barreled up the path that led up to Caribou Road as terror rose from their cores. When Tiffany reached the top of the path, she swung around on her heels and she was horrified to see that Angie was still standing with Bernard.  Angie held the box firmly in her hands. She stood her ground, unafraid. Unlike her relatives, she wasn’t frightened by her cousin Bernard. Quite the opposite, actually. She was amused by his eccentricities.

“Angie! C’mon!” yelled Tiffany with panic in her voice.

“Angie! What are you doing?!” yelled Misty-Lee as tears streamed down her round face. She couldn’t understand why her sister wanted to remain in Bernard Kendricks’ presence. Misty-Lee and Tiffany were terrified by Bernard’s presence.Tiffany glared at Angie with anger and confusion.

“Forget her… She’s crazy! Let’s go!” yelled Tiffany as she and Misty-Lee vanished from sight.

Bernard looked at Angie sadly and remarked, “They just don’t like me because I’m different.”

Bernard smiled, “That all depends on your definition of different, I suppose.”

Angie peered at Bernard with her pensive blue eyes. A sea of questions churned in her gaze.

“My father says that you’re dangerous,” Angie said cautiously as she waited to see a reaction form on Bernard’s face.

“He says that I shouldn’t go near you,” Angie continued.

Bernard shrugged his shoulders. “He’s probably right,” Bernard admitted with an unfazed expression on his face.

“Why doesn’t my father let you visit?”

“Because he doesn’t trust me.”

“Trust you with what?”

Bernard smiled a sly, sneaky smile. Just when Angie thought she was about to get some answers, Bernard simply shrugged instead.  Without a beat, Angie continued her interrogation of her strange cousin. She was determined to get some answers.

“Why shouldn’t we play back here?” Angie asked as she looked at Bernard observantly.

“The tree… It’s very dangerous,” said Bernard in an eerie tone of voice.

Bernard laughed and replied, “It’s not called the Bone Tree for no reason.”

A perplexed look took over Angie’s face.
The Bone Tree
, Angie thought. She had heard the stories before.
Bernard paused for a moment, deciding upon how much information he should tell his young cousin. Finally, he decided to go forth.

“Rumor has it that everything that touches the Bone Tree dies,” said Bernard creepily.

“Maybe not, but look at your legs. It looks like the tree let you off with just a warning.”

“Why did you bury a jewelry box by the tree?”

“It’s not a jewelry box,” replied Bernard. He was starting to get annoyed.

“What do you keep in it?” Angie asked as her persistence wore on Bernard’s patience.

Bernard replied in a chilling voice, “Whatever I deem necessary.”

Angie didn’t say a word. She simply watched Bernard with an intent expression. There was something bewitching about him. He was a mystery waiting to be unraveled. Bernard stood quietly under the canopy of the Bone Tree. A sparrow landed gently on his shoulder. He peeked at the bird and smiled sweetly at Angie.