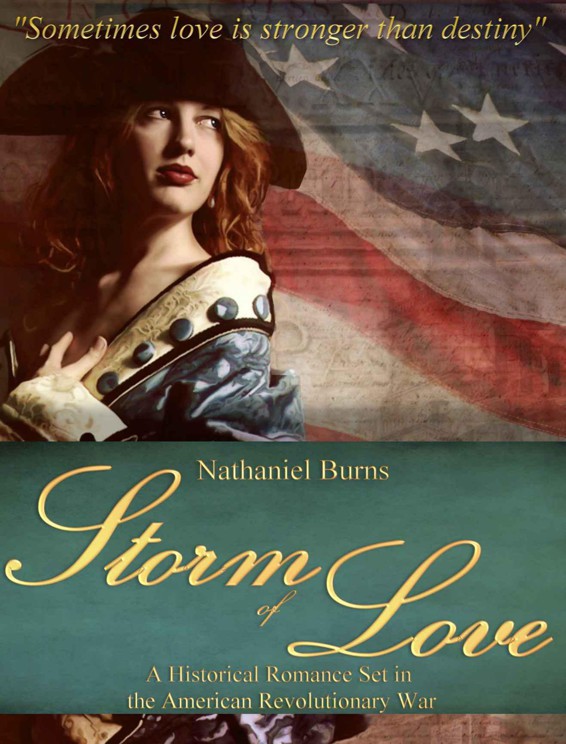 A Historical Romance Set during the American Revolutionary War

All rights reserved. No part of this publication may be reproduced, distributed or transmitted in any form or by any means, including photocopying, recording, or other electronic or mechanical methods, without the prior written permission of the publisher, except in the case of brief quotations embodied in critical reviews and certain other noncommercial uses permitted by copyright law. For permission requests, write to the publisher, addressed “Attention: Permissions Coordinator,” at the address below.

"If the freedom of speech is taken away then dumb and silent we may be led, like sheep to the slaughter."

"I know, it's quite a ways, but we're sure we can take it."
This time Abigail really was confused.
"Take what?"
Her father laughed under his breath. "The fort, child, the fort!"
"Fort Ticonderoga? You mean to tell me that you and Ethan and Mr. Franks are all going to waltz into Fort Ticonderoga and take it?"
Joseph feigned an expression of careful consideration and then glanced at his daughter and said, quite casually, "I suppose so, yes."
The candles were flickering in the wooden room and her father's eyes looked even more excited and sparkling in the dancing candlelight. She ran her hand lightly across the wooden table where they sat, eventually dropping it slowly to the bench beside her, following her hand with her eyes along the way. Finally, she looked up at her father to see if his expression indicated that he was joking. He was not.
A smile broke out across Abigail's face. Patriot leader, indeed, though her mother had placed her head so firmly into the heavens and into her housework that she hadn't had the faculties left to understand. She reached over and embraced her father as they tried to be quiet in their celebration.
"Do you think there's a good chance at it?" she asked.
"Actually, yes. They won't be expecting it. With all the fuss in Lexington and Concord over the happenings there, New York isn't even on the map for most of the British. But Ticonderoga is essential. We have to take it."
"You will," she responded without hesitation, still beaming from ear to ear with excitement. "When is it happening?"
"Soon. We're drawing up the plans, and that's where I'll be for the next week or two. We have to ensure that not one mistake is made, or it could cost us everything. But Franks knows well how to plan for this sort of thing. It seems reasonable to assume that he is our best bet at taking Ticonderoga."
"Of course he is valuable for the task," concurred Abigail. She had met Benedict Franks just once before, and while privately she held a slight distrust of the man, for reasons she could not describe or place she felt him to be generally good and certainly qualified to lead her father, Ethan, and the rest of The Boys on a successful mission to Ticonderoga.
Silence fell between father and daughter for a moment, and she thought briefly of what her mother would think when she found out. Then, not wanting to spoil the happiness of the moment, she forced herself to think of other things. Her father was about to be a hero in no small sense, a true patriot fighting for the cause of freedom, regardless of what anyone else thought.
"This is revolution, Abby," her father said, suddenly a bit more solemn.
"I know," she whispered back quickly, still smiling. "It's good that we have revolution. It's good that we'll show England who we are."
"This is true," he responded quietly, with a half-smile reappearing, "but things are bound to take a turn for the worse before they result in anything good and noble. Revolution is not a glamorous thing, child, and it's not a storybook pre-written by fate. We're fighting against England. We're writing our own history, here. We're making up the rules. No law, no covenant, no decree, no set of instructions, no rules of engagement exist for the thing we are about to do. We can only pray that it goes as we hope it to. We must succeed. I would rather die fighting for a successful revolution against England than live to see the condition in which we would all exist if we failed."
Her smile had faded slowly upon hearing these solemn words from her father, but she knew he was right. This was not going to be easy. But it was the right thing to do, and her father had always upheld the cause of good before worrying about what would happen to him for doing so. She reached out and touched her father's hand, and his downcast eyes once more met hers. They exchanged a smile.
"All noble things require sacrifice, isn't that what you always told me?" Abigail swallowed hard so that the tears forming in her eyes would not show.
"Indeed, child," her father said with a nod and a smile, his attempts to hide his own emotion, if there were any, failing as his eyes ever so subtly glistened with a tear. "Indeed. Revolution is coming, but for now, it is a late hour and we both must get some sleep."
With that, they both left for their separate rooms. Abigail picked up her candle and felt her bare feet on the wooden ground. She crossed the small house to her bedroom, set her candle on the nightstand, and changed into her bedclothes. Quietly, she slipped under the cotton covers, entertaining thoughts of revolution as the dwindling candlelight flickered and soothed her to sleep.