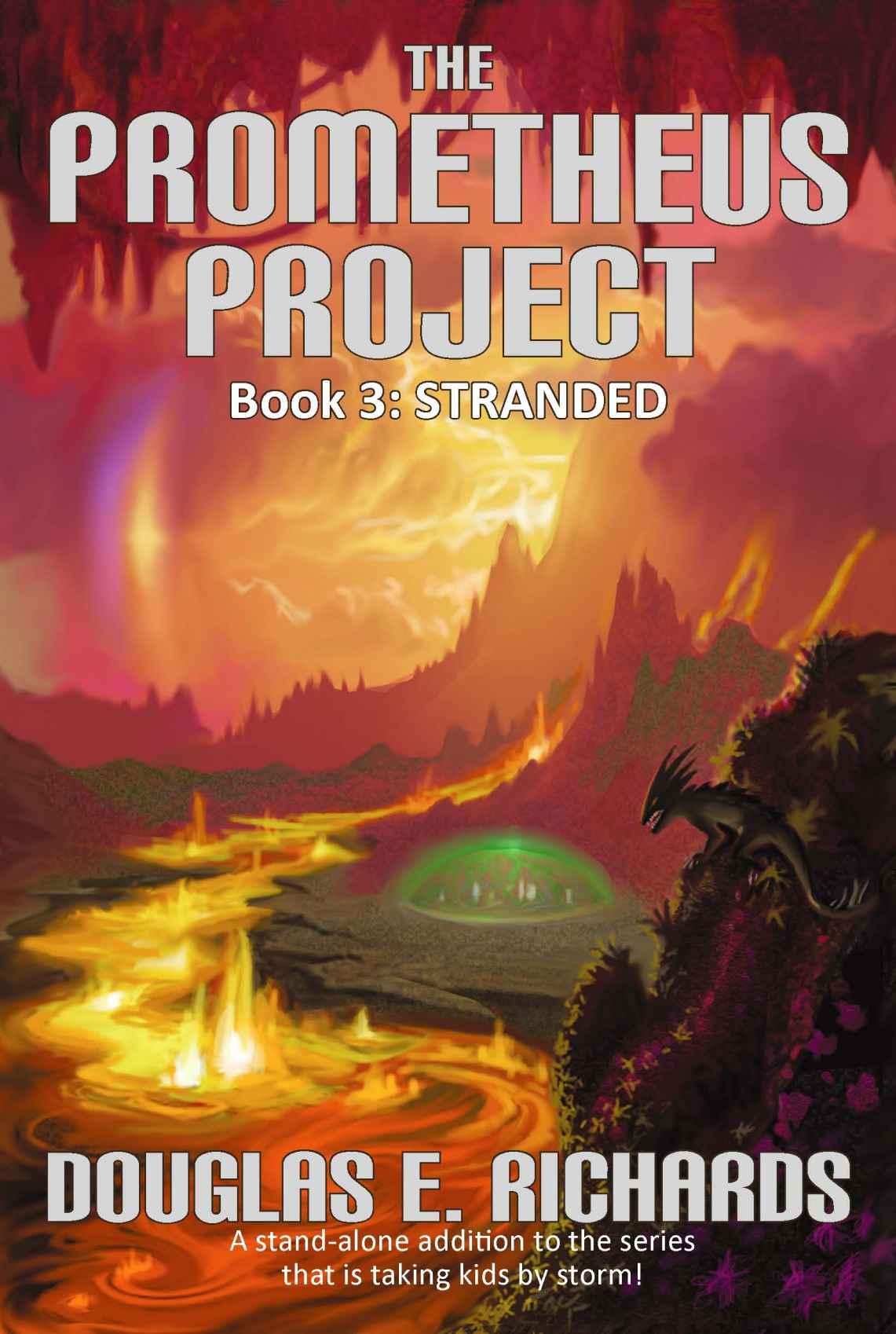 “A thriller that you won’t put down until you’ve reached the last page.”

“Trapped
is a complete thrill ride.”

“This adventure will keep kids turning the pages … perfect for middle grades.”

“Highly recommended for both boys and girls. Wonderful and unique.”

“My class loved it. They were totally engaged. It’s a hard book to put down.”

“Cinematic. Readers will surely be reminded of Eleanor Cameron’s
Mushroom Planet
series, as well as Heinlein’s
Have Space Suit—Will Travel
, and even Clarke’s
2001
. Vividly speculative. Able to capture the imagination of any teen.”

“Keeps you turning the pages. It had me hooked by page two of the first book.”

“Captures that pulse-pounding excitement you remember from your
Have Spaceship Will Travel
and
Postmarked the Stars
days. Crisp, clean, and delivers what it promises.”

“Brings to mind the classic young reader’s novel A
Wrinkle in Time
. An adventure story for young and old alike.”

“An entertaining novel … that reads in a flash.”

“The gripping storyline will make young readers read this story in one sitting and want a sequel. I strongly recommend this book.”

“I did not want to stop reading.”

—8th Grade Student
Published in the Newsletter of the ISTA

“I read this book with my class for the first time this year and my class loved it.”

“Brilliant. Perfect for a class reader for 9-13s, and a ‘must’ for any school library. These books are, I hope, the first of a long series!”

“Nonstop action adventure … You really can’t put the book down for very long. A thrilling read.”

“Would make a great read-aloud and would foster much talk among families.”

“A suspenseful thriller that you will not want to put down…. vividly written.”

“I would give this book three-thumbs-up, but I only have two thumbs.”

—7th grader, published in the Newsletter of the MSTA

“Fast paced and full of action.”

“I was captivated by
Captured
. I found the second book in this great series as entertaining and action filled as the first book.”

“An intense storyline that will have you churning through the book without putting it down.”

“A sequel that matches the pace and excitement of the original. In
Captured
, the author has added a second gem to the reading treasure chest.”

“A delightful tale of kids working together, much as you would find in the
Lemony Snicket
books. Readers will look forward to more.”

—Curled Up With a Good Kids Book

“Will keep you on the edge of your seat while begging you to read on … full of fast paced action (that) keeps the reader wanting more. I eagerly await the third book.”

“Holds even an adult readers attention to the very end. I look forward to his next offering in the series.”

“With
Captured
, the author continues to tell a story that leaves the reader reaching for chapter after chapter with plenty of suspense and cliff hangers. This is a fun and adventurous story.”

This book is a work of fiction. The characters, incidents, and dialogues are products of the author’s imagination and are not to be construed as real. Any resemblance to actual events or persons, living or dead, is entirely coincidental.

All rights reserved. With the exception of excerpts for
review purposes, no part of this book may be reproduced
or transmitted in any form or by any means, electronic or
mechanical, including photocopying, recording, or by any
information storage and retrieval system.

Chapter 16 From Bad to Worse

Chapter 18 Through the Looking Glass

Chapter 21 Sweating it Out

R
yan Resnick squirmed in his seat and struggled to pay attention to Mr. McPherson, his tall, wiry chemistry teacher, as he droned on and on. So far Ryan had managed not to lapse into a coma, but he knew he couldn’t hold out forever. Ryan loved chemistry, but Mr. McPherson could probably find a way to make a daredevil attempt to jump across a wide, alligator-filled river on a rocket-propelled motorcycle seem routine and uninteresting.

It wasn’t so much that Mr. McPherson was Ryan’s least favorite teacher: always in a foul mood and always delivering lectures so mind-numbingly dull that they would be considered torture in every free country in the world. It wasn’t even that Ryan knew the material so well. The main problem was that it was
Friday
. The closer it was to the weekend, the harder it was for Ryan
to pretend to be interested in the ordinary part of his life when the totally
incredible
part of his life was about to begin.

His life outside of school hadn’t always been extraordinary. He and his sister Regan, two years younger, had once been normal kids leading normal lives. But a few years earlier, when their family moved from San Diego to Brewster, Pennsylvania—a wooded town in the middle of nowhere—this had changed forever.

When their parents had behaved suspiciously after the move, they had investigated. They soon learned their parents were members of a top-secret team of scientists assembled to explore the greatest discovery ever made—an immense, abandoned underground city, in
perfect
condition. A city built by an alien race, filled with such fantastic structures and advanced technology that the greatest cities on Earth seemed like a collection of straw huts and Bronze Age tools by comparison. A city code-named Prometheus.

The entire city was contained within a hockey-puck shaped hole that had been hollowed out a mile beneath the woods of Brewster, surrounded by a thin force-field. This energy barrier was so impenetrable that only the genius of Ben Resnick, Ryan and Regan’s father, had enabled the team to finally break through.

When the team entered the city they had discovered its most astonishing feature of all: Prometheus was far
larger than the hole it was in! This
should
have been impossible, but there was no denying it was true. While the hole was about a mile around and thirty feet high, the city inside covered nearly as much ground as
Manhattan
and its ceiling was almost
fifty miles high
. If not for the absence of the sun in its bright, cloudless sky, visitors to the sprawling metropolis would have sworn it was above ground.

After Ryan and Regan had discovered the buried city, their involvement should have ended. Dr. Harry Harris, the head of the Prometheus Project, had refused to let them join the team. But just as they were about to be banished from the city forever there had been an emergency, during which they had saved their mother from almost certain death. They had also made a key discovery—that a race called the Qwervy had built Prometheus using automated nano-robots, with the intention of visiting Earth every hundred years or so to check in on human progress. Dr. Harris had been so impressed with their accomplishments he had allowed them to join the team after all.