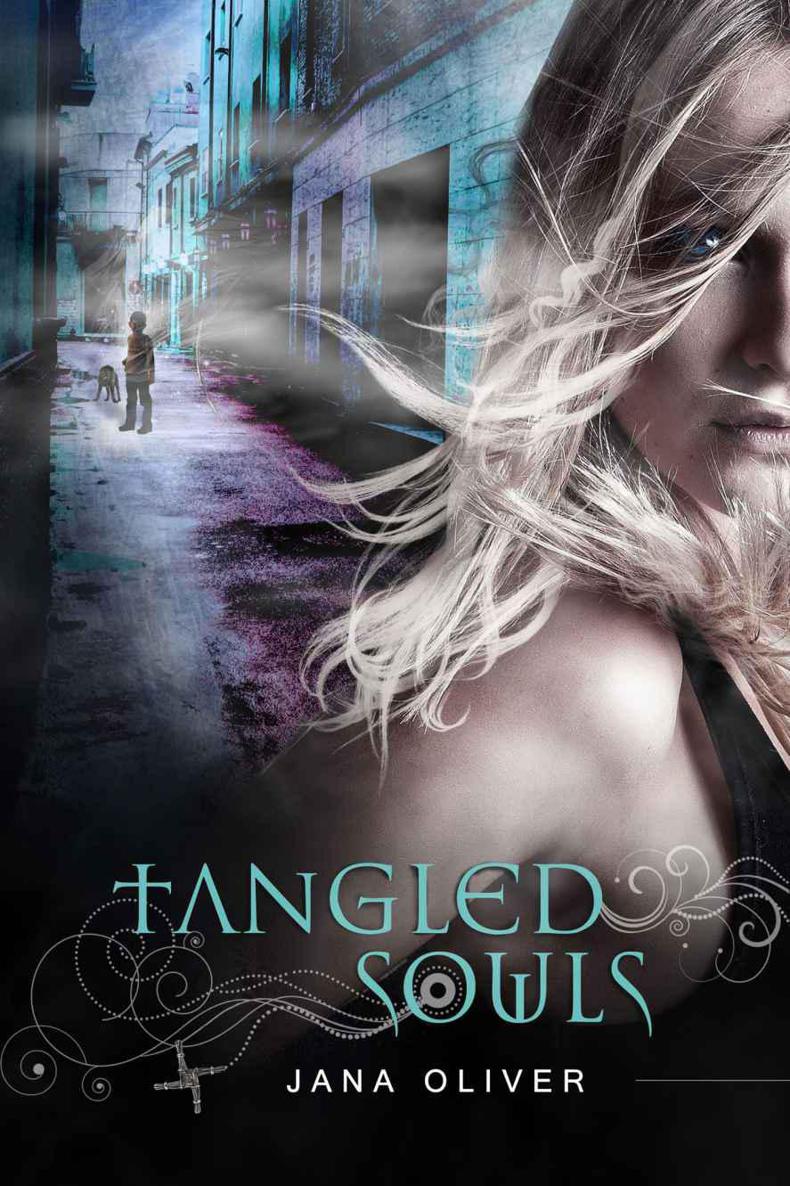 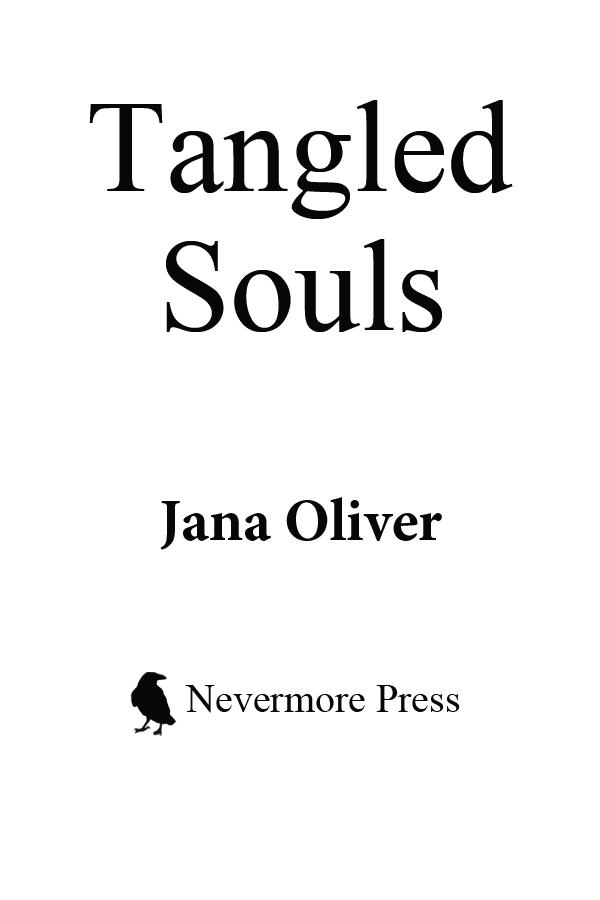 This novel is a work of fiction. Names, characters, places, and incidents are the product of the author’s imagination and are not to be construed as real. Any resemblance to actual persons, living or dead, events or locales, is entirely coincidental.

All rights reserved. No part of this book may not be reproduced or transmitted in any form or by any means now known or hereinafter invented, electronic or mechanical, including but not limited to photocopying, recording, or by an information storage and retrieval system, without the written permission of the Publisher, except where permitted by law.

her people and the rich heritage

with the rest of us.

“Miracles do not, in fact,

break the laws of nature.”

In the midst of deep sorrow came a joyful giggle. A little boy, no more than four, gleefully captured raindrops sheeting off his parents’ black umbrella. Blissfully unaware of the solemnity of the occasion, he toyed with the water running through his chubby fingers, grinning in childish wonder. Douglas O’Fallon winked in response. He’d been about that age when his mother died. It had rained the day of her funeral, too. A parental hand tapped the child’s shoulder and the boy turned away, their moment of shared innocence interrupted.

As he watched the gray deluge shroud the mourners, O’Fallon thought of his grandmother. Now in her nineties, Gran claimed that when it rained, the angels wept. If that was true, copious celestial tears cascaded in unrelenting torrents. In many ways, O’Fallon found that reassuring. If the angelic host felt the need to acknowledge the loss of a single soul, even one as troubled as young Benjamin Callendar, every death had significance.

O’Fallon moved his gaze toward the funeral tent. It was packed with relatives, the family in the front row, as close as one could be to the hereafter without making the journey. The closed oak coffin lay draped in a blanket of flowers, a photograph of the deceased nestled among the blooms.

Despite the heavy rain, the resonant voice of Father Avery Elliot carried across the open ground. It was at odds with the voice O’Fallon knew from the squad room. Avery the homicide detective, Avery the priest—a man pulled in two directions. For twenty years after he quit his studies at the seminary, law enforcement had held him in thrall. Avery’s sudden departure from the force had stunned many, but not his partner. He’d had been a good homicide detective. He made a better priest.

“Over the course of the last few days, we’ve sat vigil for Benjamin and celebrated the funeral mass in his honor,” Avery said. “Now we return his body to the earth from which it came.” He paused and then continued in a thicker voice. “Each of us carries a divine spark deep within our breast. Benjamin’s spark glowed brighter than most and it will remain with us even as he dwells with the angels.”

As Avery made the sign of the cross, he intoned, “In the name of the Father, the Son, and the Holy Spirit. Amen.” He took a deep breath. “The family invites you to come forward and say farewell to their son, their brother, their beloved Benjamin.”

Mourners filed tentatively toward the coffin. One young girl carried a tiny stuffed penguin, her face glistening with tears as she placed it next to the photograph with a quaking hand. O’Fallon looked away, memories crowding him. He’d put a small toy in his mother’s coffin and a model airplane in his father’s. Too many times he’d sat in that front row.

As time passed, the mourners departed, taking with them their grief and tears. The rain continued, though at a slower pace, for even the angels could not grieve forever.

O’Fallon folded his umbrella and leaned it against a tent pole.

“Avery,” he said in a muted voice. His friend acknowledged his presence with a slight nod. The priest looked fit, his tanned face accented by graying sideburns and the white clerical collar.

“Thank you for coming,” Avery replied.

O’Fallon held his silence; his friend would talk when he was ready. As he waited, he studied the framed photograph of the deceased. Benjamin Callendar wore a reserved expression; he had soft, powder-blue eyes and dark-brown hair. A former altar boy, he’d hung himself on the eve of his twenty-first birthday.

The smell of damp, fresh-turned earth struck O’Fallon’s nose, followed by cigarette smoke. He hunted for the source of the latter and found two cemetery workers a short distance away, waiting in their truck. One smoked while the other tapped his hands on the steering wheel in time to a song on the radio. Once the rain let up, Benjamin Callendar would go to ground.

“Did you ever meet Ben?” Avery asked, gesturing toward the photograph.

“No. I saw him at mass a couple of times. He seemed like a polite kid.”

“He was. Polite and overly sensitive.” The priest sat on a folding chair. “You read the police report?”

“It’s a straightforward suicide, from what I could tell. The only thing that seemed odd was he went downtown to do it. Was he in the habit of hanging around Skid Row?”

A quick shake of the head.

“This isn’t my usual sort of case,” O’Fallon added.

Avery studied him for a moment. A deep frown creased the priest’s forehead. “Ben’s rosary is missing. It was his great-grandmother’s, and the family desperately wants it found.”

“They’re hiring me just to find a rosary?” O’Fallon asked.

“Yes.” More hesitation, and then, “Actually, I’m hiring you.”

O’Fallon felt there was more. “Any PI can do that. Why me?”

“The family wants to know why Ben killed himself.”

“You’d be more likely to know that than I would.” Avery’s sudden pained expression caught O’Fallon’s notice. “You do know, don’t you?”

Avery nodded solemnly. “I heard it in confession.”

“Damn,” O’Fallon swore. Most wouldn’t curse in front of a priest, but he and Avery had too many years down the same road to worry about the minor infractions.

“I failed the boy, Doug. I didn’t see it coming. I never should have let him leave the church that day.”

“If you’re seeking absolution, you’d best go to the bishop. That’s not in my purview,” O’Fallon said bluntly.

The priest winced as if he’d been slapped, then surged to his feet in a swift motion. “I don’t expect absolution,” he growled. “And I don’t need your condescending tone, either.”

O’Fallon blinked in astonishment and backed away a couple steps. “Okay; I’m sorry. Just tell me what you want me to do,” he replied, unsettled by his friend’s unusual outburst.

Avery’s anger evaporated and he sank onto the chair. “Ben was having some serious difficulties.”

That seemed obvious, given that the boy had committed suicide, but O’Fallon held his tongue in deference to his friend’s grief. He reflexively reached for his pen and notebook, tugging them out of his suit-coat pocket. “That’s not much. Is that all you can give me?”

“That’s all. The rest I heard in the confessional.”

“And it’s off-limits,” O’Fallon said, scribbling a couple of notes. He looked up. “The police report didn’t mention a suicide note. Did he leave one with the family?” Avery shook his head. “Any way you can narrow this down for me?”

“Then what do you want, besides the rosary?”

There was a lengthy pause, as if the priest was weighing every word.

“I want to know if he was delusional. He believed something strange was happening to him, and it drove him to his death. That’s why I need your gift.”

“Is this one sanctioned by the church?” O’Fallon asked.

The priest shook his head. “The bishop doesn’t know about this, and I’d prefer it remain that way.”

O’Fallon examined his former partner’s face, hunting for clues as to why Avery was playing this so close to the vest, but no answers emerged. He thought to ask about his fee but decided against it: Avery would see that he was paid, one way or another. O’Fallon replaced the pen and notebook in his pocket and took his place near the head of the coffin, preparing himself.

Some called his psychic ability a gift. His gran called it a blessed curse.

“You’re blessed because the gift comes from God himself,” she’d said in her lilting Irish accent. “And you’re cursed because there are things that no man should ever see.”

Puzzled, he’d asked her, “But is it God or the devil who works through me when I have these visions? How do I know the difference?”

Closing his eyes, O’Fallon placed his hand on the coffin, the wood cool and damp under his palm. The heady scent of roses enveloped him. A young man’s soft voice filled his mind, and he recognized the words, prayers particular to their faith. Slowly, an immense sense of sadness washed through him, smothering him like a thick cloud. He took a deep breath to steady himself.

Iron will had propelled Benjamin Callendar to take his life, as if he’d had no other choice. A prickle of unease seeped through O’Fallon’s palm.

Why?
he asked. No answer came forth.

O’Fallon turned to face his old friend. “What if I find he wasn’t delusional?” he asked in a low voice.

A Fatal Winter by G. M. Malliet
Apprehension and Desire: A Tale of Pride and Prejudice by Ola Wegner
Adolf Hitler: My Part in His Downfall by Spike Milligan
Sire by Thomas Galvin
The Mystery of the Spiral Bridge by Franklin W. Dixon
Prince of Shadows: A Novel of Romeo and Juliet by Caine, Rachel
TRACE EVIDENCE: The Hunt for the I-5 Serial Killer by Bruce Henderson
Alien Worlds by Roxanne Smolen
Cursed (Demon Kissed #2) by Holly Ward
Hart's Reward (Pirates & Petticoats #3) by Chloe Flowers
Our partner