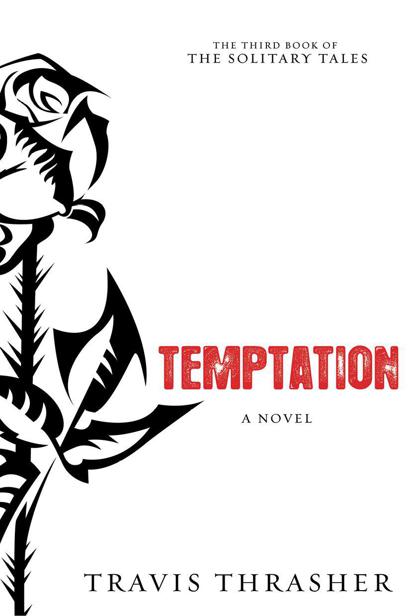 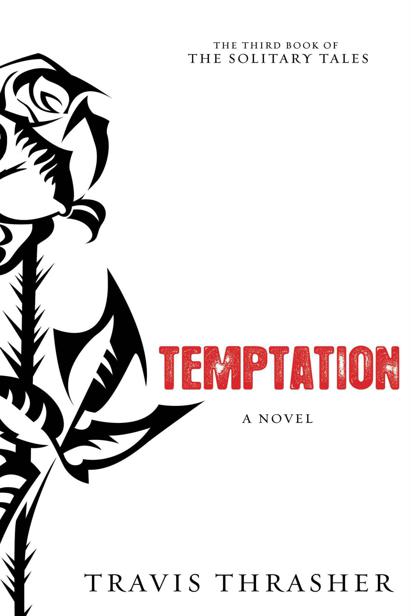 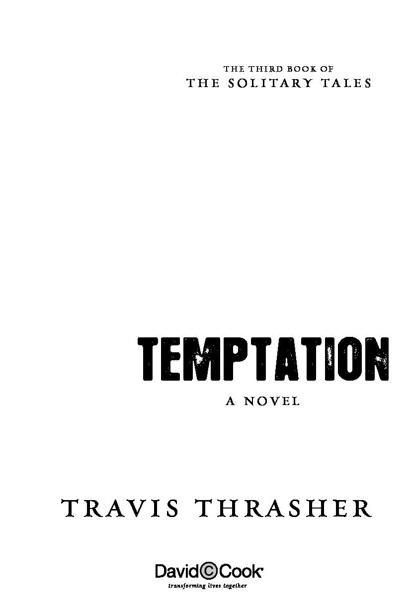 The graphic circle C logo is a registered trademark of David C Cook.

All rights reserved. Except for brief excerpts for review purposes,

without written permission from the publisher.

The website addresses recommended throughout this book are offered as a resource to you. These websites are not intended in any way to be or imply an endorsement on the part of David C Cook, nor do we vouch for their content.

This story is a work of fiction. All characters and events are the product of the author’s imagination. Any resemblance to any person, living or dead, is coincidental.

16. End of the Discussion

18. The World Will Be Yours

28. Rolling in Something Else

34. Mess with the Bull You’ll Get the Horns

35. The Cold Hard Facts of Life

58. The Boy Who Cried Wells

62. The Dream Is Never the Same

66. When the Creepies Come Calling

67. Living in the Moment

71. Dr. Everything’ll Be All Right

96. The Darkness Is Easier

Behind the Book: Sixteen Candles

T
ONIGHT
I
THINK
I’
LL
WALK
ALONE
I’
LL
FIND
MY
SOUL
AS
I
GO
HOME
.

The night changes everything.

So she told me.

Final words to her little boy.

In the passenger seat of the SUV, I look out and see the city. It glows and breathes and welcomes me. I hear the words and believe them.

I never knew Chicago could look so beautiful.

It’s late, and I feel like we’ve been driving forever. My ears are sore from the earbuds attached to my iPod. My butt is sore from sitting in place for so long. The last time we stopped was around Lexington. I’m ready to get out and stretch my legs and step back onto flat Illinois land.

Solitary is over a dozen hours away.

Not far enough, if you ask me, but it’ll have to do.

It’s quiet in the car. I look out the front window at the skyline in the distance. That’s where we’re headed, toward the city and not the suburbs.

The city means more people. More people means more help in case—well, in case of anything.

I glance over at my father. “Never fell asleep.”

“You closed your eyes.”

I yawn and wipe my eyes.

“You’re going to enjoy it here,” Dad tells me.

But that’s what you tried doing in the summertime, and look where it got you.

I don’t want to think about the last few months. The only thing that will bring is hurt, and I’ve got enough of that as it is.

“I think I’ll like anything that doesn’t have winding dirt roads around it.”

Or secret hidden tunnels below it.

Dad doesn’t know quite what to say. I don’t blame him. He probably still aches for Mom. Maybe he’s angry with himself for not being able to do anything more.

That’s how I feel. Angry with myself, with nothing left to say.

When someone dies, all you can do sometimes is stay quiet and keep moving.

I thought that losing Jocelyn hurt. But this … this is different. This is worse.

I was until I turned off the music and started hearing the voices. “No.”

The city with its lights and life invites us in. I’m glad to see civilization again. I no longer feel so remote and so alone.

Yet there’s a part of me that says I should have stayed.

There was no reason to stay.

There’s so much to think about that my head hurts. I can’t sort out the details. I think of the motorcycle, of the cards, of Marsh and Staunch, of Oli, of
him
. I can feel the Zippo lighter in my pocket.

Then I picture her face and feel the hurt again.

I let out a chuckle and then keep my voice down. “Proud of me for what?”

“Proud of you for being strong for her.”

It’s been quite some time since I’ve felt proud or strong. The irony is that it’s my father telling me this.

Seven months ago, there’d have been no chance ever that I’d be riding here with
him
.

But life sure has a way of crashing and burning around you.

The interstate eventually merges into Lake Shore Drive. Even though I can’t see it, I know Lake Michigan is out there in the darkness. I can feel it watching and waiting in silence. Eventually we take an exit and drive for a few minutes down block after block.

“This place will be busy tomorrow night around this time,” Dad says.

Everybody will be celebrating and toasting and laughing and living.

Wanna know what I was doing last year on New Year’s Eve, Dad? I was discovering that this girl I’d fallen crazy in love with had her throat slashed by a bunch of freaks in robes.

Even though Dad knows a few things, he doesn’t know that much. He can’t know much. I still don’t know everything, but I know enough now. I know a lot of answers to questions that circled inside my head a year ago.

Answers might fit the puzzle pieces together, but they still don’t block out the gaping hole in the picture. The hole that’s my heart.