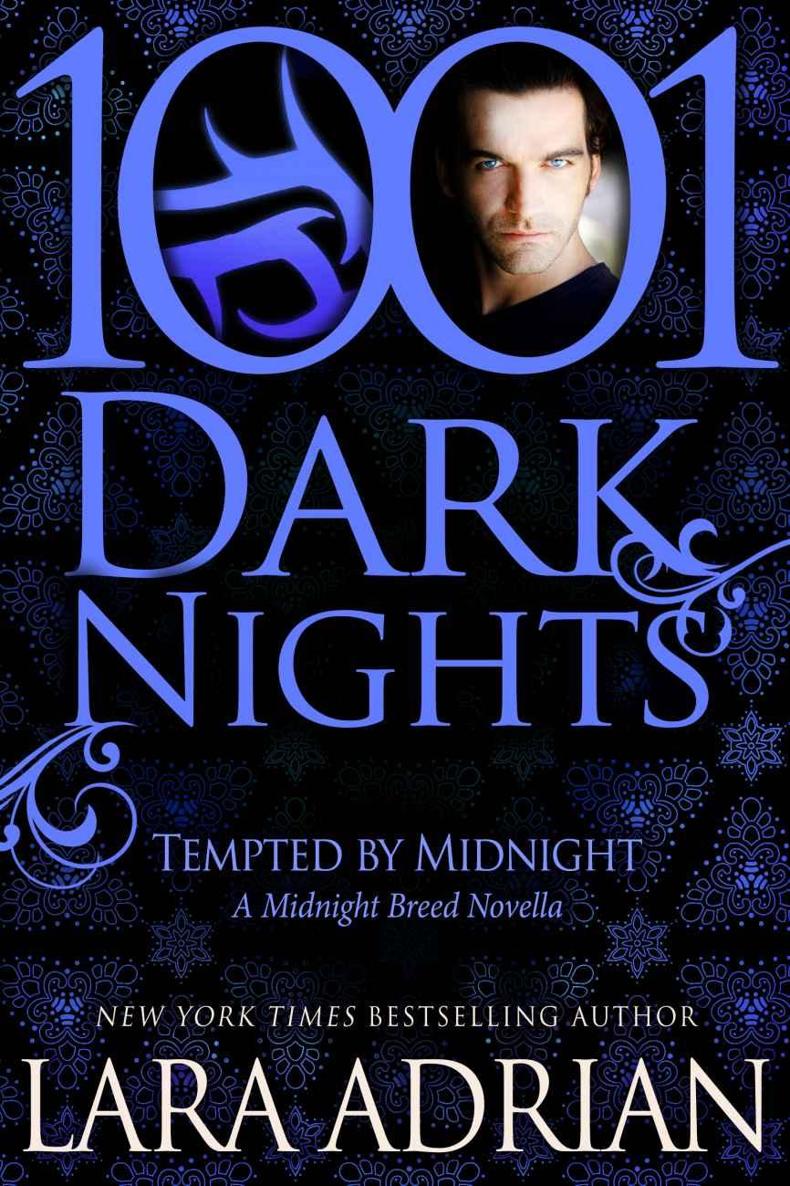 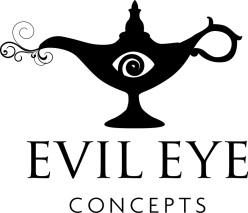 Once, they lived in secret alongside mankind. Now, emerged from the shadows, the Breed faces enemies on both sides—human and vampire alike. No one knows that better than Lazaro Archer, one of the eldest, most powerful of his kind. His beloved Breedmate and family massacred by a madman twenty years ago, Lazaro refuses to open his heart again.

Sworn to his duty as the leader of the Order’s command center in Italy, the last thing the hardened warrior wants is to be tasked with the rescue and safekeeping of an innocent woman in need of his protection. But when a covert mission takes a deadly wrong turn, Lazaro finds himself in the unlikely role of hero with a familiar, intriguing beauty he should not desire, but cannot resist.

Melena Walsh has never forgotten the dashing Breed male who saved her life as a child. But the chivalrous hero of her past is in hard contrast to the embittered, dangerous man on whom her safety now depends. And with an unwanted—yet undeniable—desire igniting between them, Melena fears that Lazaro’s protection may come at the price of her heart….

and be entered to win a Tiffany Key necklace.

There's a contest every month! 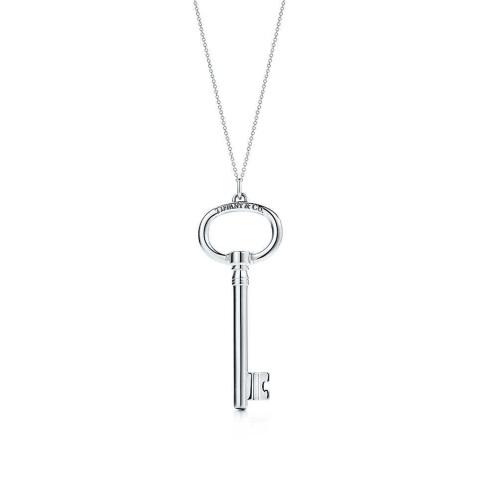 As a bonus, all subscribers will receive a free

Acknowledgments from the Author

An excerpt from A Touch of Midnight by Lara Adrian

One Thousand and One Dark Nights

Once upon a time, in the future…

I was a student fascinated with stories and learning.

I studied philosophy, poetry, history, the occult, and

the art and science of love and magic. I had a vast

library at my father’s home and collected thousands

of volumes of fantastic tales.

I learned all about ancient races and bygone

times. About myths and legends and dreams of all

people through the millennium. And the more I read

the stronger my imagination grew until I discovered

that I was able to travel into the stories... to actually

become part of them.

I wish I could say that I listened to my teacher

and respected my gift, as I ought to have. If I had, I

would not be telling you this tale now.

But I was foolhardy and confused, showing off

One afternoon, curious about the myth of the

Arabian Nights, I traveled back to ancient Persia to

see for myself if it was true that every day Shahryar

(Persian:
شهريار
, “king”) married a new virgin, and then

sent yesterday's wife to be beheaded. It was written

and I had read, that by the time he met Scheherazade,

Something went wrong with my efforts. I arrived

in the midst of the story and somehow exchanged

places with Scheherazade – a phenomena that had

never occurred before and that still to this day, I

Now I am trapped in that ancient past. I have

taken on Scheherazade’s life and the only way I can

protect herself and stay alive.

Every night the King calls for me and listens as I spin tales.

And when the evening ends and dawn breaks, I stop at a

point that leaves him breathless and yearning for more.

And so the King spares my life for one more day, so that

he might hear the rest of my dark tale.

As soon as I finish a story... I begin a new

one... like the one that you, dear reader, have before

He had lived for more than a thousand years, long enough that few things still held the power to amaze him. The sea at night was one of those rare pleasures for Lazaro Archer.

Standing on the third-level bow deck of a gleaming, 279-foot private megayacht off the western coast of Italy, Lazaro braced his hands on the polished mahogany rail and indulged his senses in a brief appreciation of his moonlit surroundings.

Crisp, salty Mediterranean air filled his nostrils and tousled his jet-black hair. The late summer breeze was cool tonight, gusting rhythmically toward the Italian mainland. Dark, rippling water spread out in all directions under the milky glow of the cloud-strewn moon and blanket of stars. Far below, waves lapped fluidly, sensually, against the sides of the yacht where it floated, engines silenced as it waited at its destined location on the Tyrrhenian Sea.

Lazaro supposed the luxurious vessel he stood aboard would take the breath away from just about anyone—human or Breed. Being born the latter, and first generation Breed besides, one of the vampire nation’s eldest, most pure-blooded individuals, Lazaro had known his fair share of wealth and luxury.

He’d once had all of those things himself. Still did, if he could be bothered to care.

He left everything he once had back in Boston twenty years ago, after the most precious things in his long life had been taken from him. His blood-bonded Breedmate, his sons and their mates, a houseful of innocent children...all gone. His only surviving kin was his grandson, Kellan, who’d been with Lazaro the night the Archers’ Darkhaven home was razed to the ground in a heinous, unprovoked attack by a madman named Dragos.

Lazaro exhaled deeply, no longer feeling the raw scrape of grief whenever he thought of his slain family. The anguish had dulled over time, yet his guilt was always with him, scarred over like a physical wound. A hideous, permanent reminder of his loss.

Of his life’s greatest failure.

If his existence had any meaning now, it belonged to his work with Lucan Thorne and his fellow Breed warriors of the Order. As the commander of the Order’s operation in Rome these past two decades, Lazaro had little time for self-pity or personal indulgences. He had even less opportunity for pleasure, rare or otherwise.

Which was the way he preferred it.

He dealt in justice now.

At times, he dealt in death.

Tonight, he was representing the Order on a less official basis, on the hopes that he could facilitate a secret meeting between two of his trusted friends. One of them was Breed, a high-ranking American member of the Global Nations Council. The other, the megayacht’s owner, was human, an influential Italian businessman who also happened to be the brother of that country’s newly elected president, a politician who had won his office with tough talk against the Breed. If the meeting with Paolo Turati took place as planned tonight and was deemed a success, it would be the first step toward forging an alliance with one of the vampire nation’s most vocal detractors.

As for Byron Walsh, the Breed male had been one of Lazaro’s colleagues in the States, even before the GNC had tapped Walsh for his current diplomatic post. As leader of his own Darkhaven in Maryland, Walsh’s social circle had occasionally intersected with Lazaro’s in Boston. There had even been a time, one bitter winter, that Walsh’s family came to visit Lazaro’s at their Back Bay mansion.

A long time ago, back when Lazaro had a Darkhaven. Back when he still had a family kept safe under his protection.

It had been even longer since Lazaro Archer had played emissary for any cause. He hoped like hell this clandestine introduction wasn’t a mistake.

Seventy-odd miles behind him was the seaside town of Anzio, where Lazaro had joined Turati on his yacht a couple of hours ago. Up ahead of them, an even farther distance, the island of Sardinia glittered with light against the darkness.

A smattering of other large yachts and watercraft bobbed in the vast space between Turati’s vessel and the island, but it was the low drone of a motorboat that captured Lazaro’s full attention. The size of a small cabin cruiser, the yacht tender had departed from an idling vessel in the distance and was heading Lazaro’s way. He watched the chase boat approach from out of the inky darkness, its navigation lights dimmed as instructed, flashing three times as it crossed the water toward them.

Contractual Obligation: The Trilogy by Keller, Lauren
Talk Talk by Boyle, T. C.
cat stories by Herriot, James
Power Play [Pleasure Playground 2] by Eliza Gayle
A Quiet Death by Marcia Talley
Bygones by LaVyrle Spencer
The Dead Have No Shadows by Chris Mawbey
Crusader by Edward Bloor
A Highlander for Christmas by Christina Skye, Debbie Macomber
Reflected in You: A Crossfire Novel by Day, Sylvia
Our partner