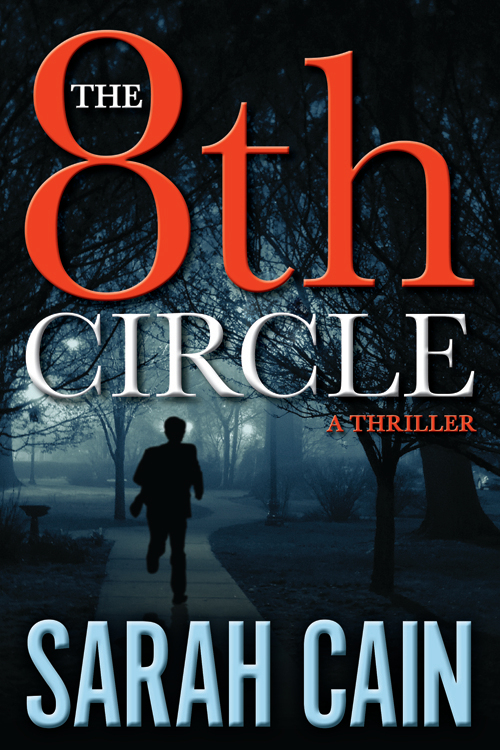 This is a work of fiction. All of the names, characters, organizations, places, and events portrayed in this novel either are products of the author’s imagination or are used fictitiously. Any resemblance to real or actual events, locales, or persons, living or dead, is entirely coincidental.

Published in the United States by Crooked Lane Books, an imprint of The Quick Brown Fox & Company LLC.

Crooked Lane Books and its logo are trademarks of The Quick Brown Fox & Company LLC.

Who Knew All the Stories

Danny Ryan looked at the words scrawled across his laptop with some satisfaction and winced. He almost felt his grandmother’s boney knuckle rap against the back of his head.

“Blasphemer. Do y’think He died on the cross for you to dismiss life so lightly?”

“I’m not dismissing life. I’m saying we’re all headed to one end,” Danny said aloud. Then he realized how ridiculous it was to argue with a dead woman.

“Yeats again? Really?” But she was gone, and he was losing his mind by inches. He slammed the laptop shut.

Danny wanted to hurl the goddamn machine across the room. What happened to the words that used to flow out of his brain, through his fingers, onto the keyboard? What good was a columnist who couldn’t write?

But he wasn’t a columnist anymore. He was, what? His mind skittered through the possibilities: dumbass, delinquent, decayed. So many
D
words, but not the one he wanted.

Leaning back in his leather chair, he picked up the photograph of his son that sat on his desk to the left of the laptop.
Conor wore his purple soccer jersey and sported a bruise on his forehead. His huge grin showcased his missing right front tooth, and he clutched his MVP trophy in his small hands like it was the World Cup.

Danny set the photograph back on the desk and forced back the surge that threatened to drown him. He opened his drawer, pulled out an old Tokarev TT-33, and then stood and walked to the stone hearth. When he sat next to Beowulf, the dog laid his massive head across Danny’s knees. He stroked Beowulf’s black fur. Beowulf licked his face.

“This was my grandfather’s.” Danny held up the gun and drew a bead on the computer. He then turned the gun around and pointed it at his temple. “The old man gave this to me, Wolf. You know why?” He pulled the trigger. The gun clicked, and Danny set it on the hearth. “He said it was the perfect gun for a Commie asshole.”

Outside, the sound of splintering wood brought Danny to his feet. Beowulf tore into the kitchen and hurled himself at the door, barking loud enough to raise the dead. Danny left the gun on the hearth and followed. He grabbed his parka, cell phone, and a flashlight and pushed Beowulf back from the door. “Wolf, stay here.”

Following the beam of the light through the wind-driven sleet, he saw the hole in the fence. A car balanced precariously on the small island of ornamental shrubbery in the middle of the duck pond. Whoever sat in that car wasn’t trying to get out.

Rain stung Danny’s face. The wind slapped his skin, and tiny pellets of ice beat against him. He called 9-1-1 and then clambered down the slippery incline.

The flashlight lit up the back of the car, and Danny froze. Jesus. He knew that old black BMW with its “Ahh, I See the Screw-Up Fairy Has Visited Us Again” bumper sticker.

Michael Cohen. They’d fought. It seemed long ago now. The wet seeped under Danny’s coat, and he shoved his phone into his pocket. He heard a crunch, and the front end of the BMW dipped into the water.

Danny sloshed into the pond. It wasn’t that deep, but the freezing water sent shock waves up his legs. He stumbled in the sucking mud, and the flashlight slid from his wet hand. For a moment, it illuminated the pond in eerie green and then blinked out. He grabbed the door handle with numb fingers and wrenched it open.

In the glow of the overhead light, he could see the smashed windshield and Michael draped over the steering wheel. No airbags in this heap. Danny pushed Michael back as gently as he could, careful to avoid the shattered glass. Blood bubbled from Michael’s nose and mouth and oozed down the front of his blue jacket. Michael gave a shuddering wheeze, and his eyes blinked open. His round face looked slack.

Danny could hear the faint call of sirens now. “Don’t try to talk. Help’s coming.” The metallic stench of blood assaulted him. “It’ll be all right, Michael.”

Michael shuddered. “Danny.” Rasping coughs shook his husky frame, and flecks of bloody foam hit Danny in the face. “I . . . I love you. Y’know? Brothers.”

Danny knew Michael didn’t have much time. He leaned closer. “What happened?”

“So sorry,” Michael’s voice came slow and thick. The light in his eyes faded with each word.

“Sorry? Sorry for what? Michael?” Police cars and an ambulance screeched around the curve. Red-and-blue lights reflected off the black water. Michael’s head drooped down. When he gave a rattling wheeze, Danny grasped his shoulders. “Michael?”

D
anny sat at his kitchen table and stared into his mug of coffee. The tightening behind his right eye signaled the onset of a really shitty migraine as swirls of light rippled in the dark liquid and bounced off the walls. He tried to concentrate on the copper tabletop.

“Mr. Ryan?” The younger of the two Chester County detectives moved a little closer. “I know this has been traumatic for you, but if we could just go over a few details one more time.”

They were handling him. After all, he was still Danny Ryan, Boy Wonder, Pulitzer Prize winner. He’d been a national TV talk show regular. A celebrity. They hadn’t figured out he was just another hustler. His stomach tightened.

He nodded.
All right as opposed to what?

They had let him change out of his wet things, but despite the dry clothes and two mugs of coffee, he couldn’t shake the cold that seeped into his bones. What the hell was the young cop’s name? McSomething. He had a little black notebook.

“Could we go over this one more time?” McSomething said to Danny as he glanced at his partner.

The other cop stood just to Danny’s left. Older. Had that ex-army posture, though his short, gray hair looked wrong. Uneven,
like he cut it himself. He had a notebook too. Danny could hear his pen scratch over the page. Jesus, how many times were they going to do this routine?

McSomething said, “You were here alone when your friend crashed through the fence. Is that right?”

“I was alone.” Danny pressed his fingers against his right cheekbone.
Inferno
. “I heard a crash and came outside.” Lights zoomed around the room, leaving gleaming trails of white. Danny dug his fingers deeper into his cheek. He should take something to dull the growing pain.

Pain is good. It’s part of the healing process. You have to let yourself feel, Danny
. Wasn’t that what the shrink had told him? Then he had written out a handful of prescriptions for mind-numbing pharmaceuticals.

“You understand your friend was shot, Mr. Ryan?” McSomething asked.

“Yes.” Danny understood. They had tested his hands for gunpowder residue.

“You worked together on the same paper for how many years?”

“Sixteen.” Michael wouldn’t have had a job if his family hadn’t owned the paper, but why say that now?
Inferno
. “Michael wrote
On the Scene
,” Danny continued. “Half of it came right off the wire service. He had a blog,
Around Town
. His dad is Andy Cohen, the managing editor.”

The older, silent cop bent closer. Danny smelled coffee and the faint tang of scotch and mint. “Anything else you can think of?” the cop asked.

“No.” Danny licked his chapped lips. That smell. Scotch and mint. Just like home. Fireworks exploded behind Danny’s eyes. The cop’s face blurred into two, then three.

“Okay, then, Mr. Ryan, tell me again. Are you sure Michael Cohen didn’t say anything to you?”

The lights in the kitchen burned his eyeballs, and cold sweat soaked into the back of his shirt. He tasted the coffee, bitter and
sour, in the back of his throat as pain wormed into his right eye and tunneled down the side of his face.

Danny pulled himself to his feet, but the floor dipped beneath him. He stumbled to the sink and vomited.

The house creaked, and silence settled around him. In the heavy darkness, he could feel his ghosts watching, the old man sitting in the corner gloating.
God is watching you, boy
. Danny curled into a ball and pressed an ice pack against his right eye. Cold helped dull the pain while the drugs seeped into his system. His muscles began to relax.

What the hell was Michael doing? Buying drugs?

Beowulf jumped up beside Danny and nestled in, his paw flung across him, his wet muzzle against Danny’s left ear.

Beth hadn’t allowed Beowulf to sleep upstairs. She had wanted a designer dog that would look good on the cover of
Lifestyle
, not some hundred-pound Heinz 57 who thought he was a lapdog. When the magazine had come to do its cover story on them, Danny had to ask old Mrs. Norton in the house next door to watch Beowulf for the day.

Conor had loved Beowulf. He had loved dogs and soccer and the soldiers’ cabins at Valley Forge Park. Danny’s eyes drifted shut. He could see Conor now. Snow was falling. They’d build a snowman ten feet high when he got home with Beth from that stupid Christmas tea.

“Daddy, there’s a monster under the bed.”

Danny pushed himself up, staggered down the hall, and yanked open Conor’s bedroom door. The room stood forlorn, its mementos gone. Only the double bed with its neat blue comforter, the oak dresser, and the wallpaper with the planets and stars remained.

He rammed his fist into the wall.

After the funeral and the luncheon, when the last person had left, Danny had stood in the kitchen amid the casseroles and containers of cakes and cookies he would dump the next day and stared out at the Christmas tree, still tied up on the back porch. The size and silence of the house had pressed down on him like a giant hand, and he had smashed his fists against the stone wall of the kitchen. He hadn’t felt the skin ripping off or noticed the bits of rock flaking under his assault until he had seen his own blood painting the porous gray rock.

Now Beowulf bumped against him, nudging him until Danny shuffled back to his own bedroom and climbed under the covers. He pressed his head against the pillow.

Quilt As Desired by Arlene Sachitano
GOTU - A Robin Marlette Novel by Mike McNeff
Flipped by Wendelin van Draanen
Lauren (Keegan's Chronicles Spin Off) by Julia Crane
Lightning by Dean Koontz
Proximity by Amber Lea Easton
Thunder on the Plains by Gary Robinson
The River by Beverly Lewis
Expedición a la Tierra by Arthur C. Clarke
The Day the World Discovered the Sun by Mark Anderson
Our partner